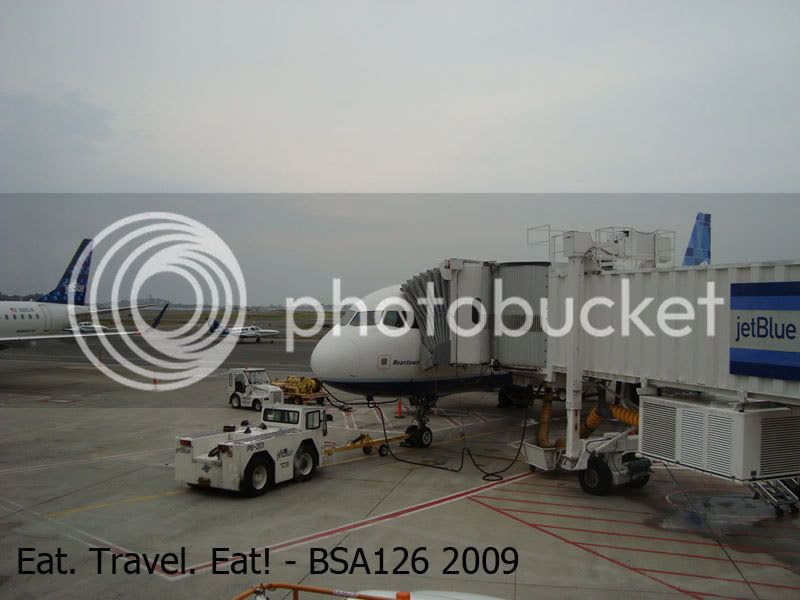 After a week of work and vacationing, we went back from Boston to Long Beach. This time, there were some things that we didn't experience before. And the curious me I am, I tried many things on this flight that I rarely eat/ drink. After all...there was a problem today.

Bad weather had harmed our week near the end of our trip. The rain was pouring. Things were sprinkling. The whole day, it went on and off.

After a great eat out at Belle Isle Seafood (look for the link at the left), and eating in the car, watching planes land, we drove back to give back our rental car, a Ford Escape, back to the rental people. Quick tip, but you should always ask for what model of car you will get BEFORE the transaction is completed. We were pretty lucky this time, as before, we were going to get a small Chrysler Sebring. However, after asking (but the rental person could see me wearing a Tripadvisor hat), we got the Ford Escape, which during our time of booking cost about 40 dollars more for the entire trip. Thanks for the savings!

After a short wait and looking at all the new cars available that we so rarely see in California (the rental agencies in the East coast seem to get the new models faster), we were dropped off by the shuttle bus person, and we checked in at the C Terminal. 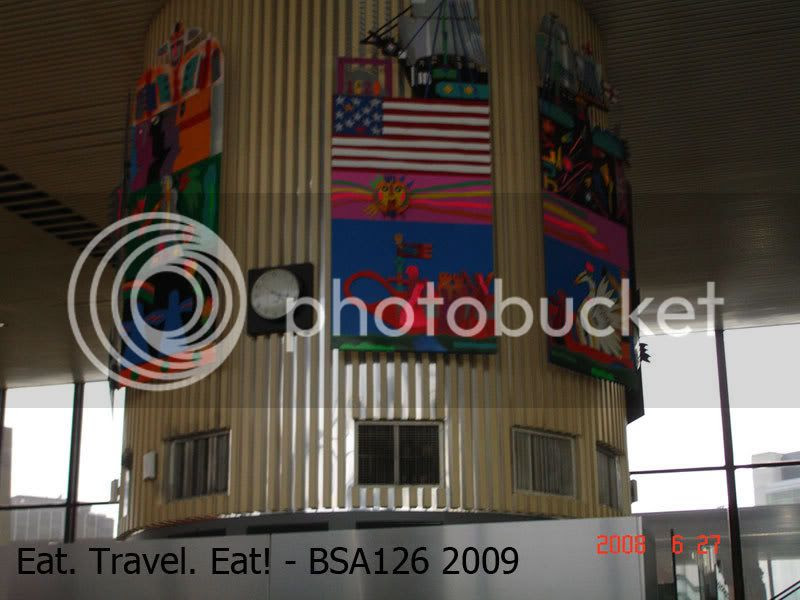 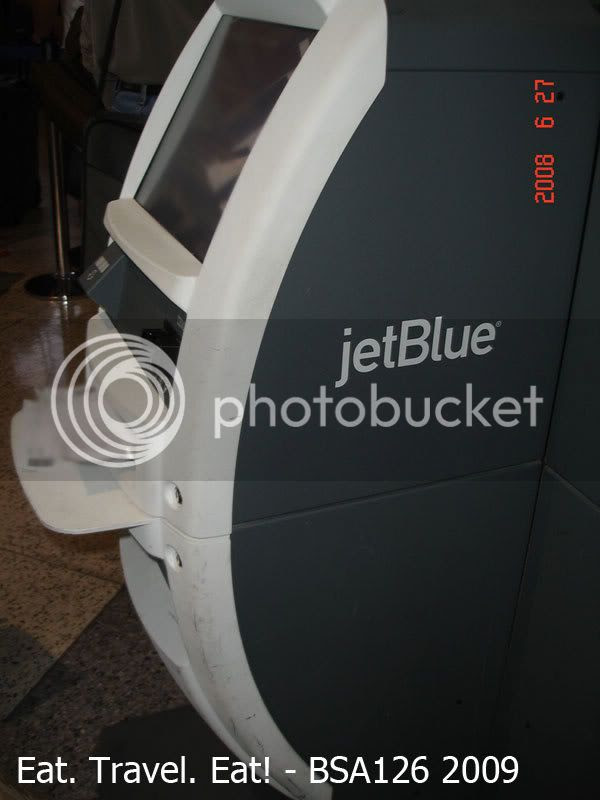 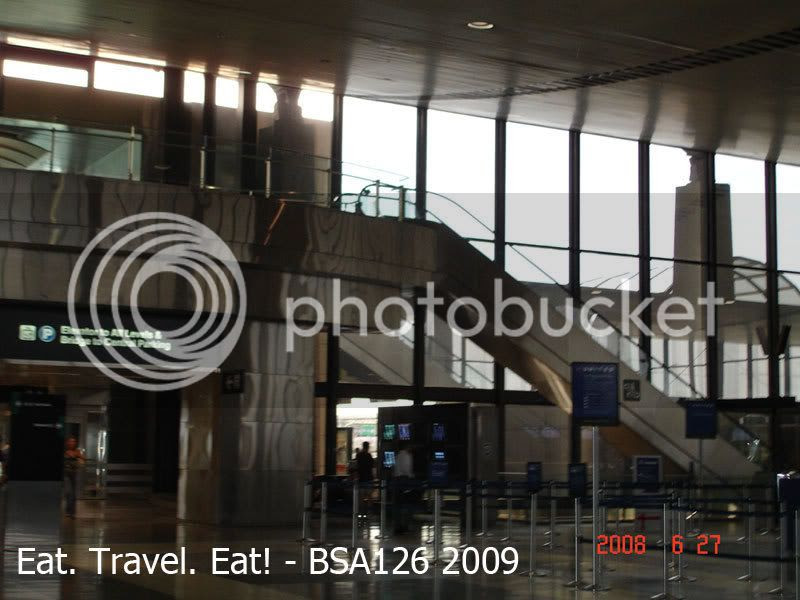 Middle of the Check in hall

Check in was pretty efficient and fast, and soon enough, we were off to customs. It's interesting; if you get caught with the metal which they think is not safe (according to the detector), they will swab the metal with a white piece of material and test it out. We went through this process but ended out coming fine. We were okayed.

Like a feeling of the terminal? Here you go. It's from my Tripadvisor forum talk, which is about to not be clickable on my account as I have been writing more posts which cancels the old links:

" As part of our trip to flying home, we went through Logan Airport's C terminal through the Jetblue Airways, Cape Air, and Midwest Airlines section, and we would like to tell you about our experience.

The main hall was very large. When you enter, there are check in counters for the airlines in Terminal C. To the left, there is a Legal Seafoods, while to the right, there is a Currito/ Burger King mini food court as well as a sit in Dunkin Donuts. There were very fun murals and drawings on the walls/ columns too.

We flew Jetblue for our trip, and check in using the self check in counter was easy and quick. Jetblue and Cape Air are to the right of the hall- do not know about Midwest. There is a line during our time to give the checked bags to the attendants, but otherwise, during our time at Jetblue, there was no wait. In my opinion, the check in counters were very cool! They were almost a half circle shape, with a grey panel and Jetblue label on the sides. They were put in sets of 4 as well.

The gate area for Jetblue was not full for security check either during our flight to LGB at 5:20. To the side of the security check, before you go in, is a Hudson News. Security check for us was not very good. The attendants were very lazy. In fact, we had a sunscreen bottle and bug repellent spray that went through, and they didn't even care! However, if your thing is caught, they take big actions. Such as if metal is problematic, they swipe it with a cloth and then test the cloth to see if there is hazardous stuff.

To the left of security check (once you have gone in), is the Midwest area of a gate, and to the right is a Jetblue gate. Further in are two NEC LCD screens to the left that show Jetblue arrivals and departures. To the right is another Hudson News with Jetblue souvenirs and Boston souvenirs, as well as a sit in Boston Beer Works restaurant. Further in on the left is a Wolfgang Puck express, which is very big. It's also sit in, and they have a wood oven for pizzas!

Further in of all of this is on the right there are more gates for Jetblue and maybe Cape Air. And then, there is some separation into two wings. Our flight was in the left wing, where there was a gourmet market with nice, more expensive foods, as well as a souvenir booth which sold clothes and magnets on Boston.

The right wing had a big Dunkin Donuts which only sold donuts and coffee and a fudge/ chocolate shop. We didn't walk farther in other than that, so there might be a chance there might have been another stand for things and for drinks and food."

Hoped you like that. Anyway, we spent most of our time walking around as one family member was making a call so we split off, and went to many places. We plane spotted, looked at many shops, and bought a Boston sweater and 2 Dunkin Donuts. Those were good! It was my first time trying them, although everyone else in the family had tried them before and said they were really bad. They agreed that the airport donuts tasted much better.

We were about to buy a dozen, but decided not to. Oh well. The donut was fragrant, not too sweet, and had a pillowy exterior (yeast donut). We liked it.

And here we go. Photos I took during our short wait at the airport: 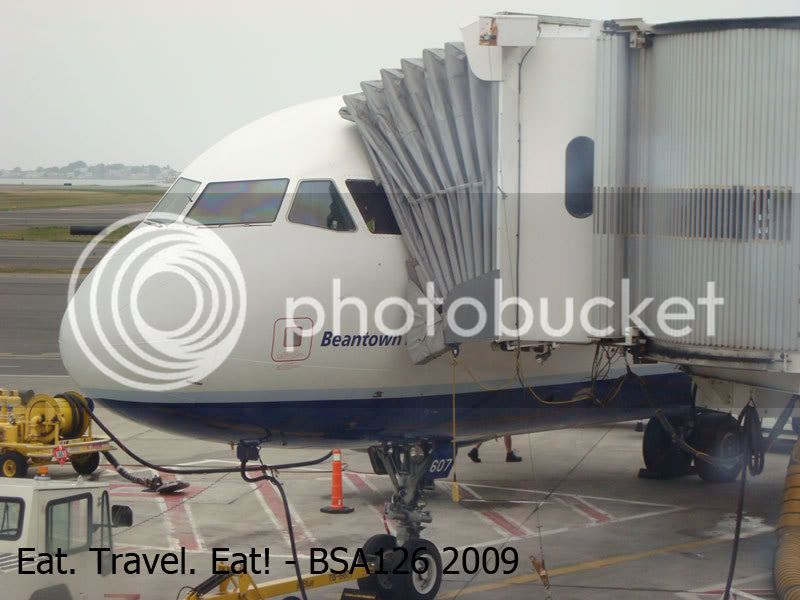 Closeup of our plane, Beantown Blue 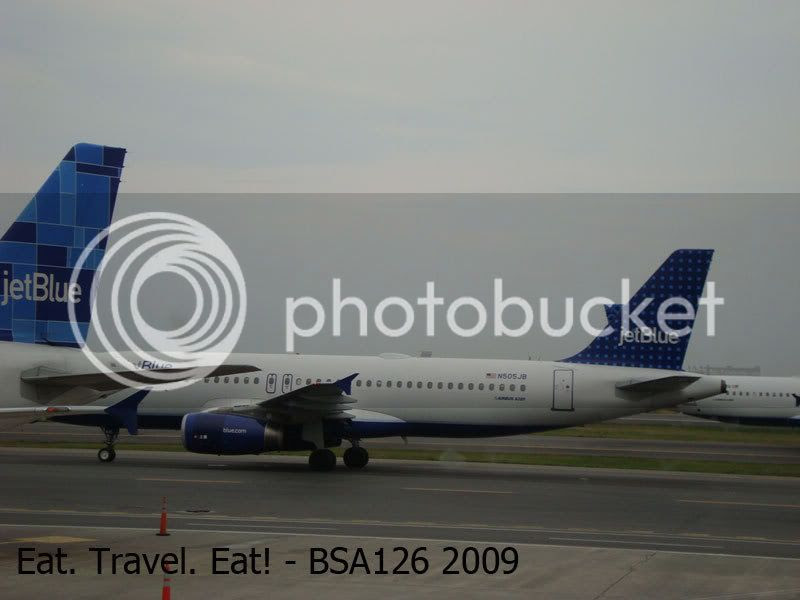 Lots and lots of JetBlue action! 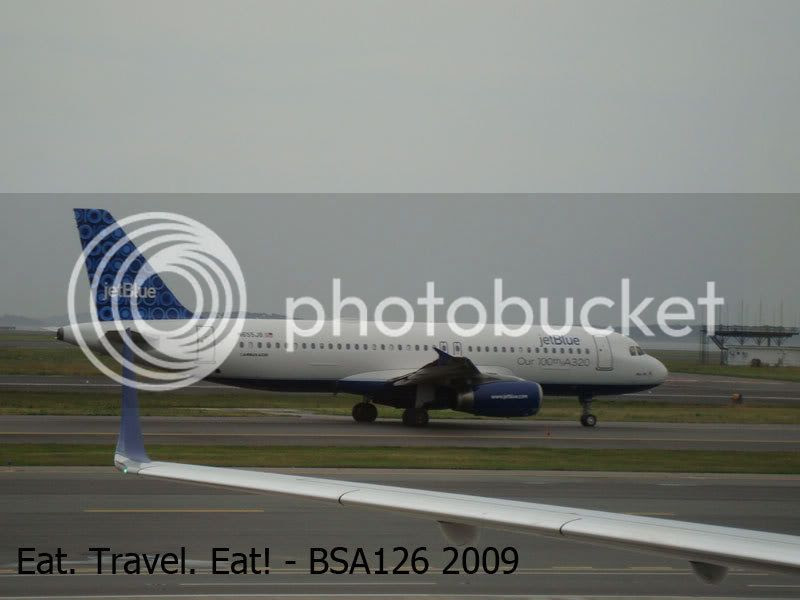 Plane spotting was fun, and it was nice to see the big variance in themes and tails. It wasn't long before we were already in line to leave and board the aircraft (boo). Oh well. It was a fun trip to Boston. And our plane would be Beantown Blue, certainly fit for this routing. Have I heard a Long Beach name plane though? I don't think so.

With no rain or any bad weather (as it looks like), the captain said we would be DELAYED due to weather. Thanks! And we couldn't leave either, as the cabin doors were shut. Just like what I read about in a magazine. However, jetBlue was nice enough to let us watch DirectTV as well as get drinks and snacks, which we totally did. But the donuts! The stuff at the terminal! Boston! We could have gotten a cannoli at the North End, or do many other things. Time is wasted to watch reruns on Food Network. Sigh.

At least I did try something new. During the wait, I asked for ginger ale, which is something I have never drinked before. I've seen students drink it and so I tried it in Salem, but it was uh flavorless. On the A320, they had a Seagrams ginger ale which was gingery and very carbonated. YUM!

And what's to do with a delay that you don't know will last how long? Go and take photos of other jetBlue aircraft. YAY! And jetBlue even switched planes at the next door gate, and so I got to take pictures of not one aircraft, but two! 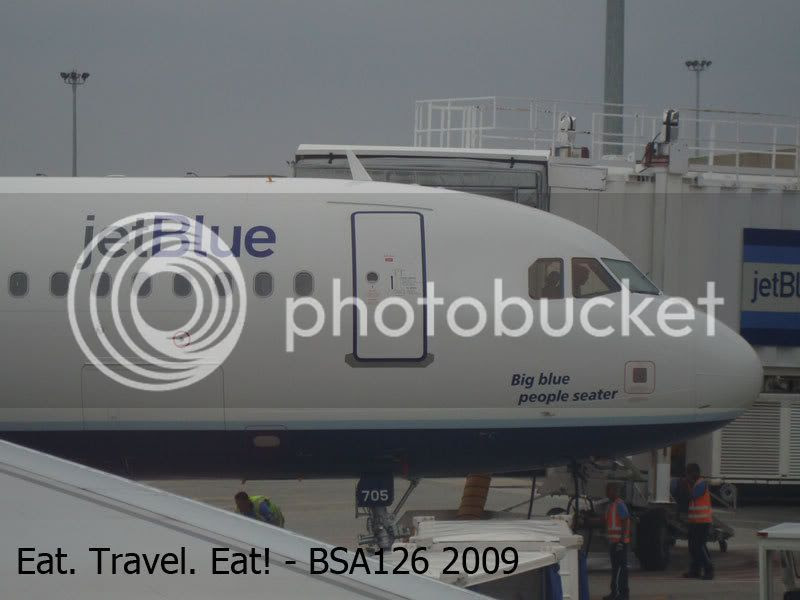 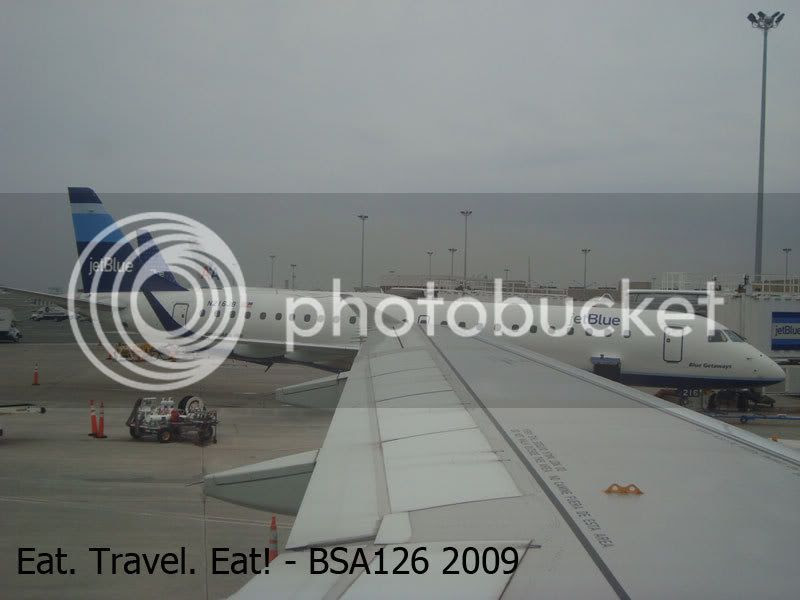 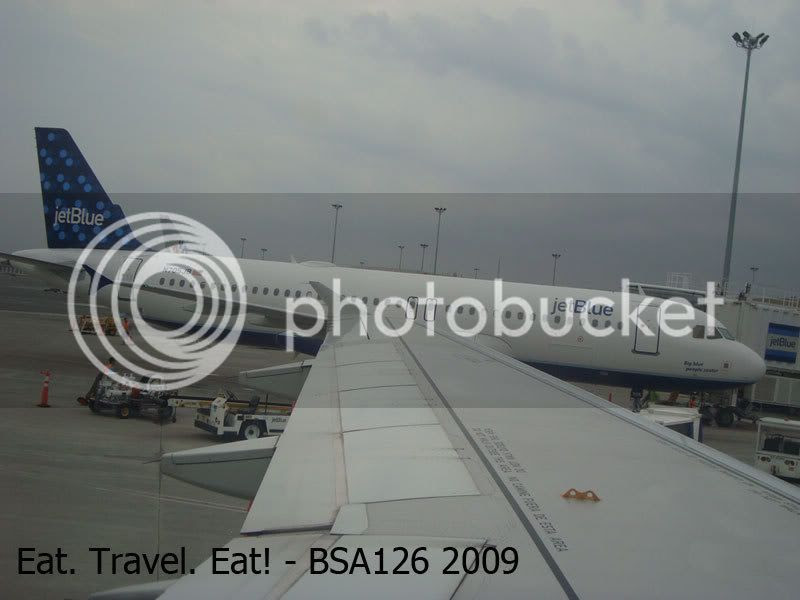 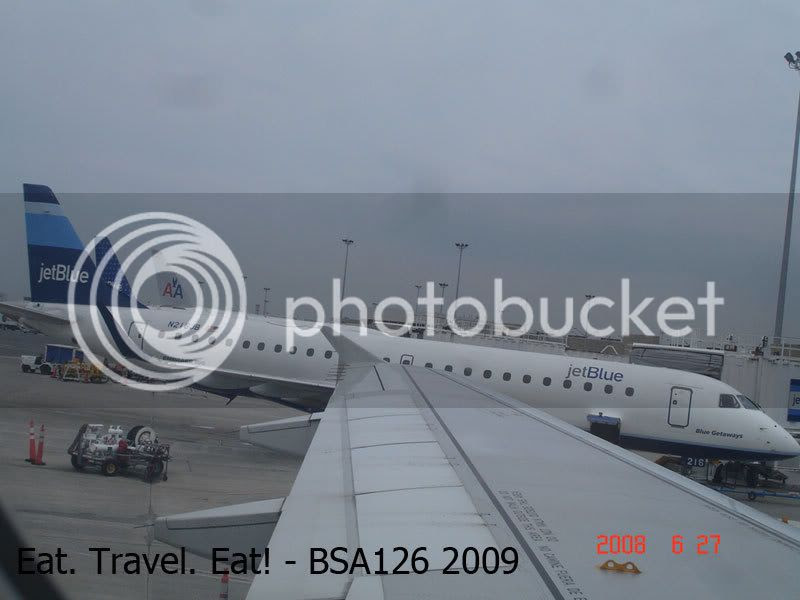 Blue Getaways- with an AA plane and other sights nearby 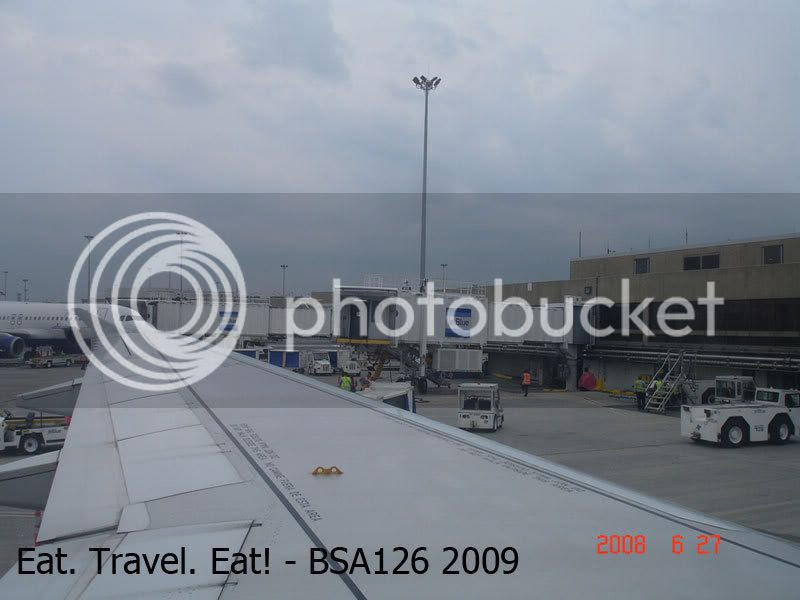 Wing View, Buildings, and the gates

It all wasn't that bad though :). The pilot gave us news on the routing on what they would do, and in about an hour we were able to leave. Most memorable part of this though? The captain gave out a big YAY! when he announced we could now leave. How funny and unusual to hear that!

We were off into the air, and for this flight, there was something special about it,as the sun was setting as we flew. This created many colors in the sky which was very picturesque. Some photos: 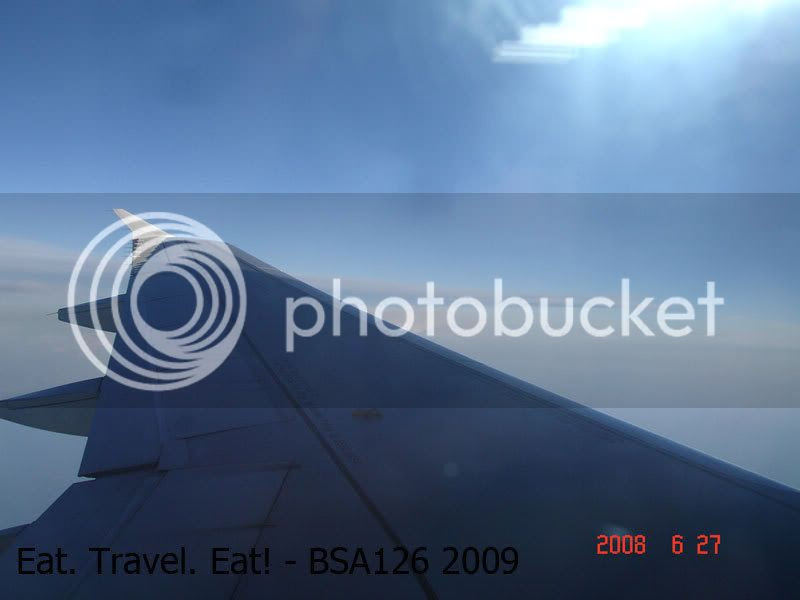 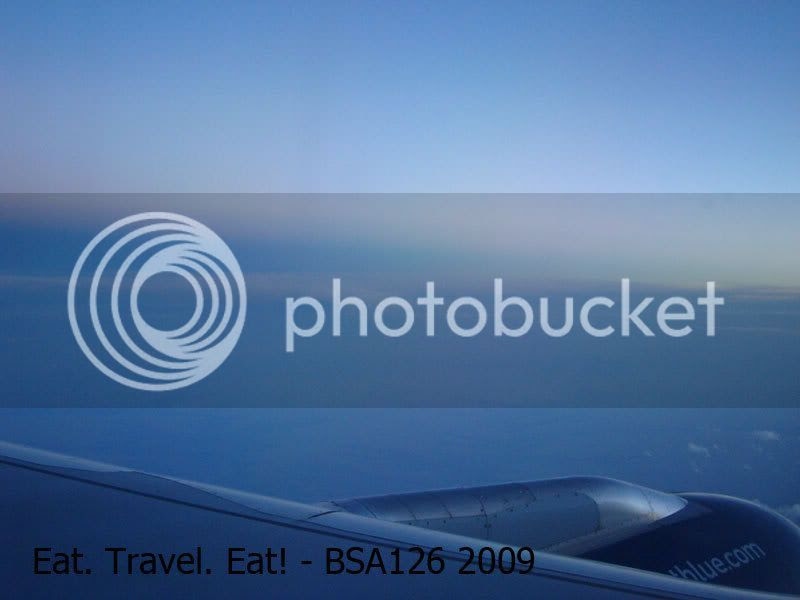 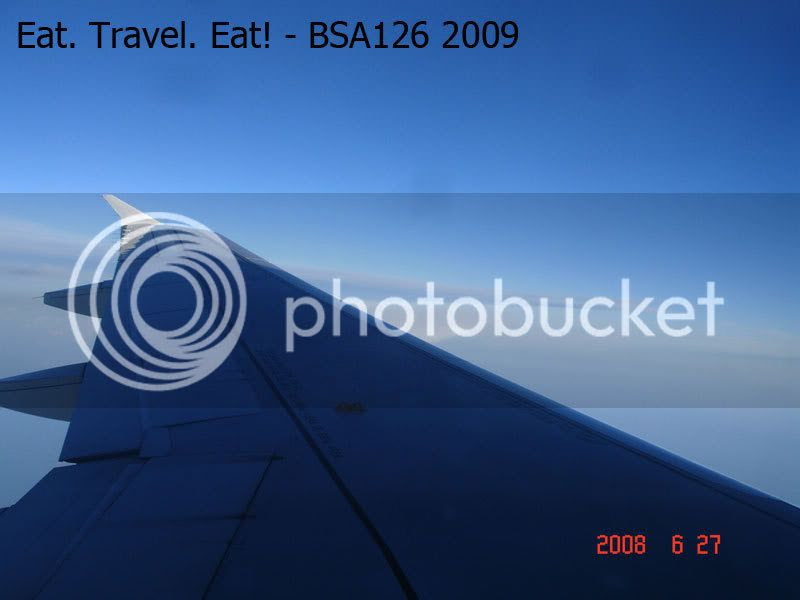 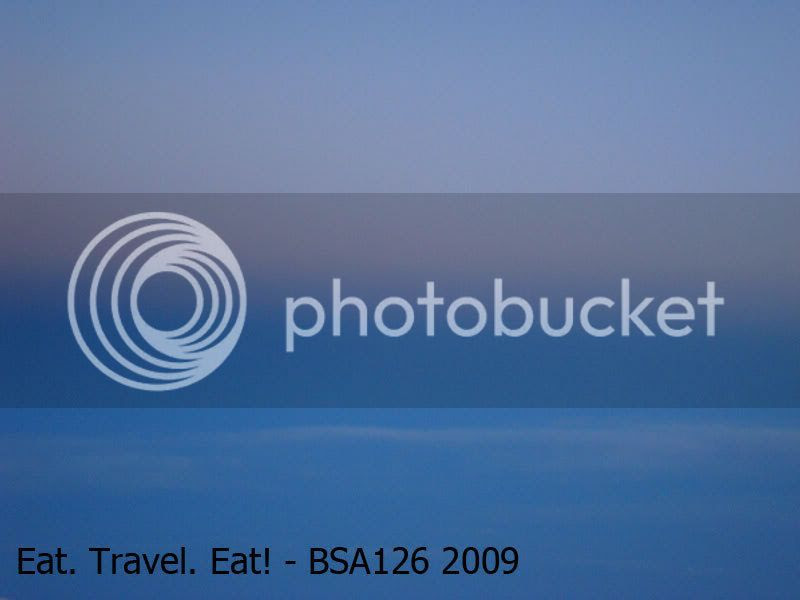 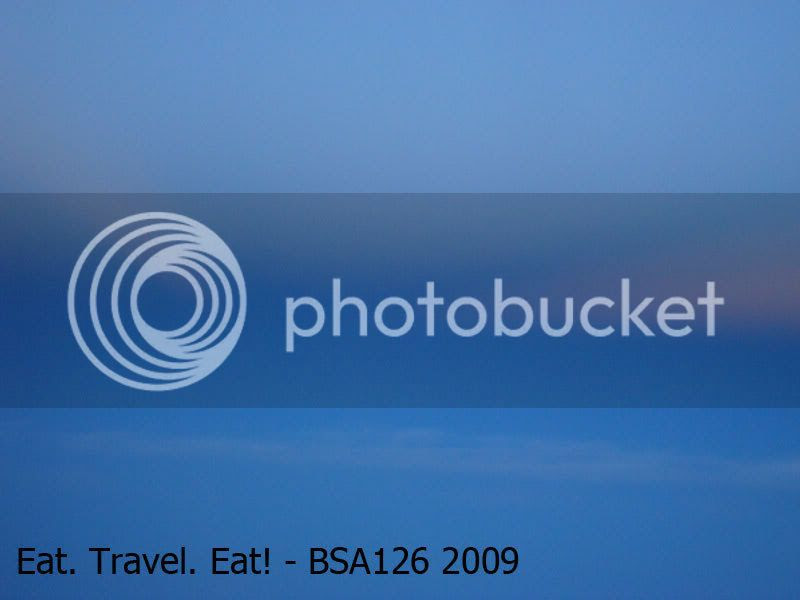 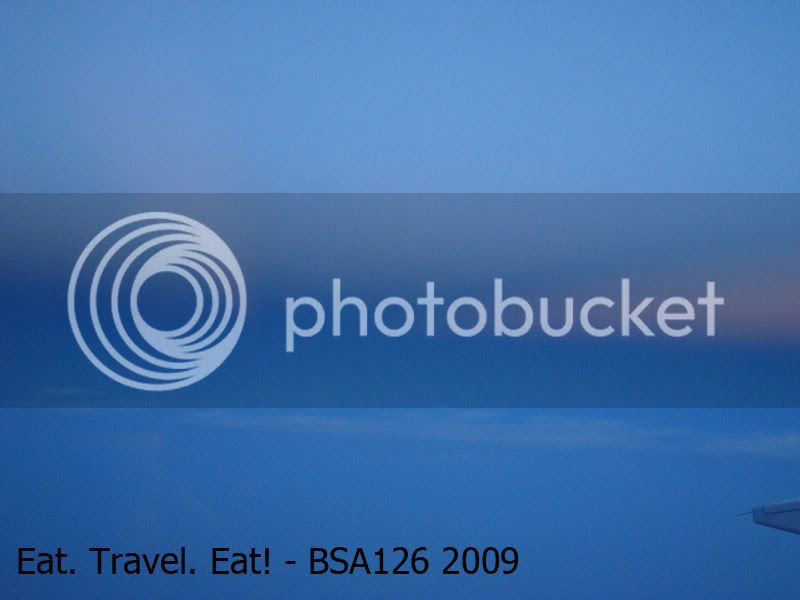 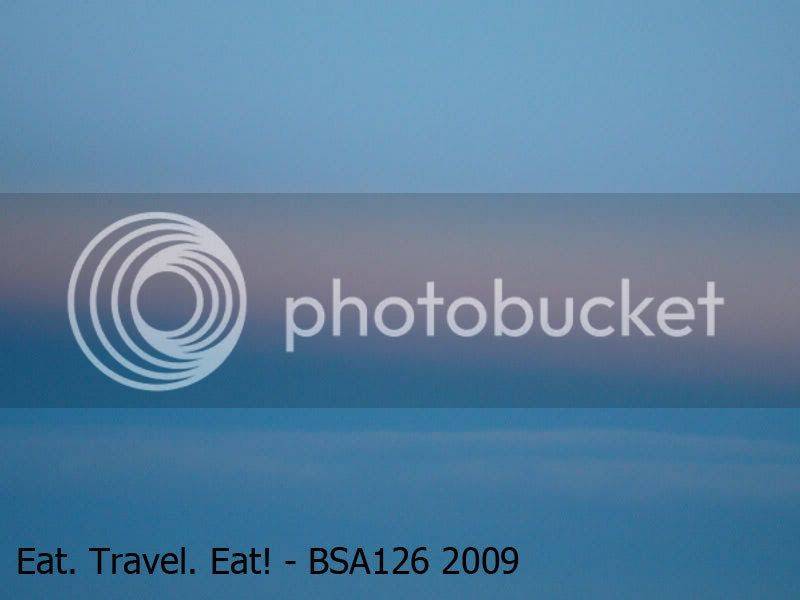 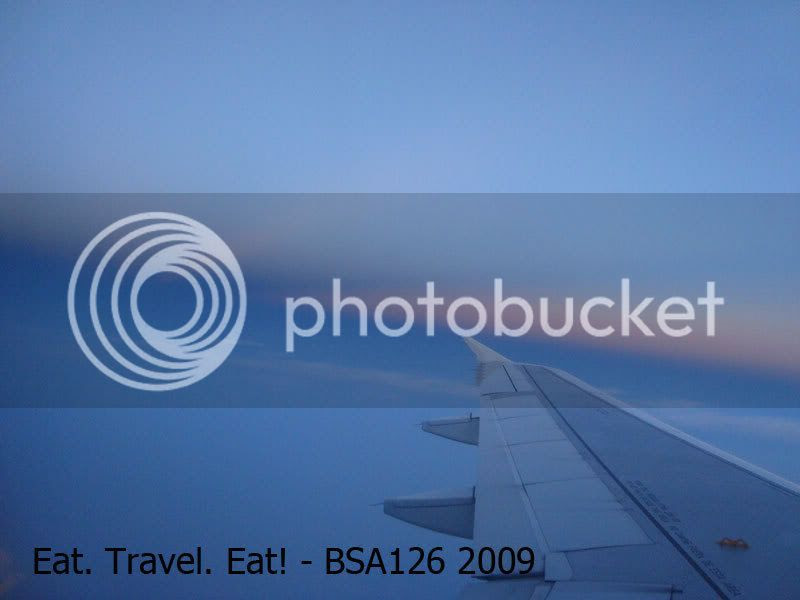 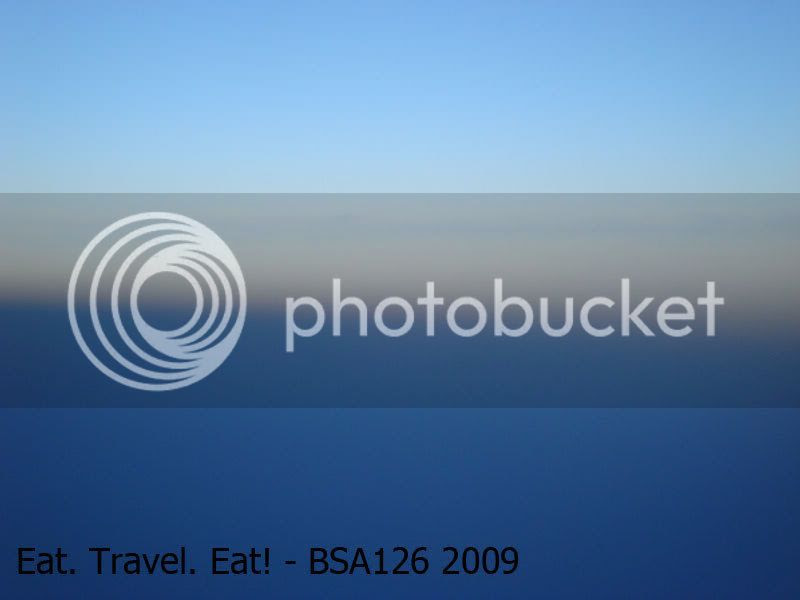 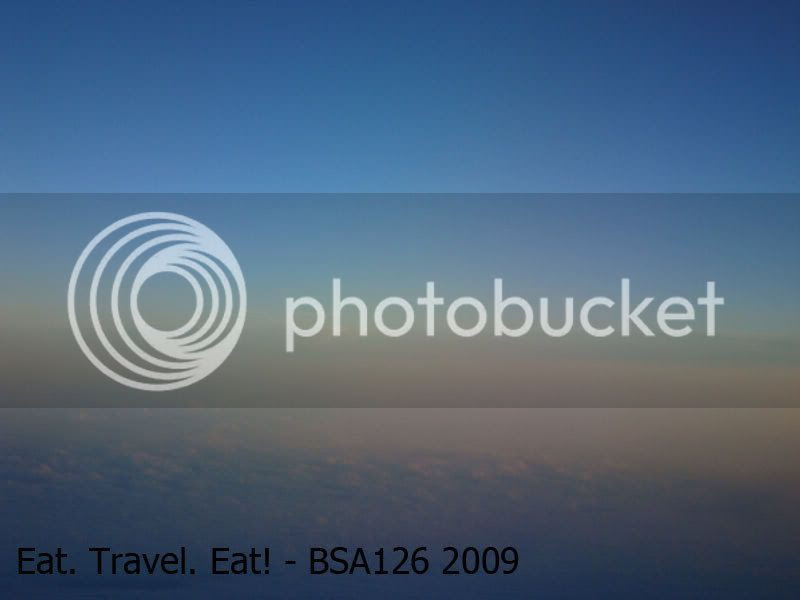 Service on this flight was as good as the last, with all the members friendly as well as nice and efficient. The seats were the same as last time- leather seats but slightly slippery. Watched some TV which was nice. 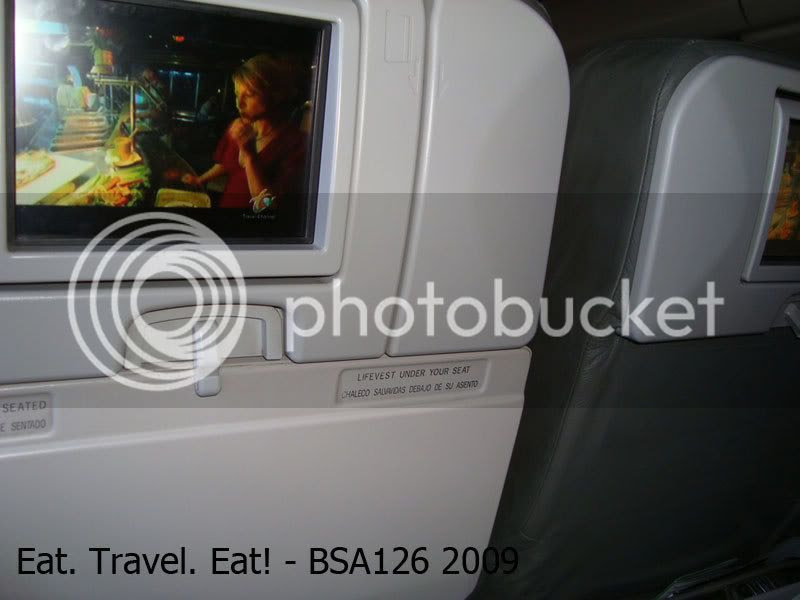 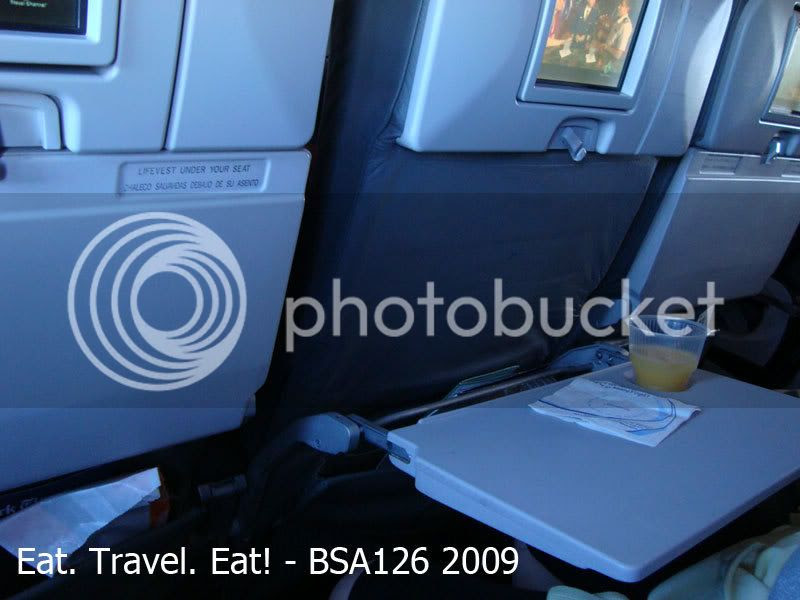 And later on, I tried another thing which I haven't drank for more than 5 years- Arizona Iced Tea. This was lemon flavored and it was good, but nothing special. It's a smaller size compared to the gigantic 99 cent ones you can get sometimes. Ice was rock hard and crunchy. And the Terra Blues were as good as last time. Loorna Doones (sp?) 100 Calorie packs were also given out near the end of the flight 2 times.

Overall a good flight again, but there was the delay. We got our baggage outdoors (!) at LGB, and went back to home. Great trip with jetBlue! I sent them an email about any problem and they even forwarded it to respective departments. Good job jetBlue! You are WAY better than AA especially in the customer service side. 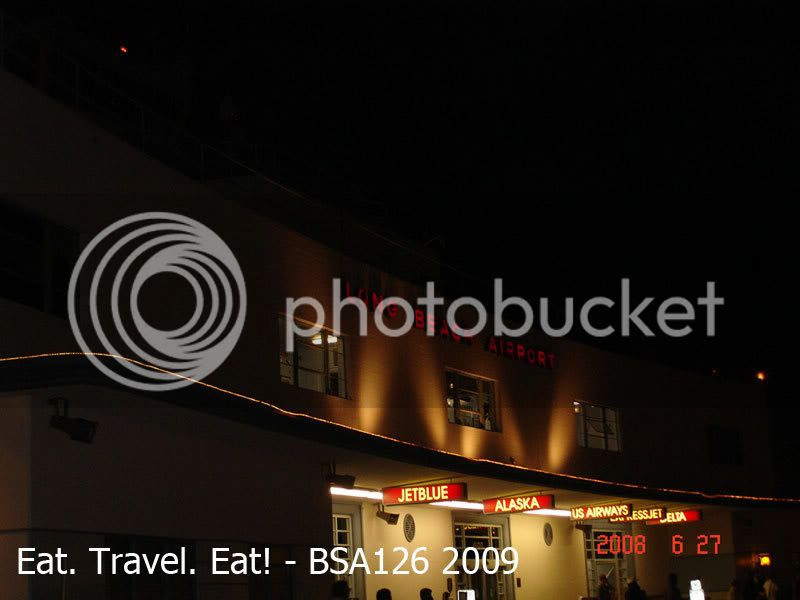 Kinan L. Wirastani said…
The pilot in command was very friendly and fun with all his "YAY!" during the announcement!
March 21, 2013