January 18, 2009
We have seen and drove through this place probably more than a hundred times, but have never gone to it. We have always had an intention to try it, but didn't really feel like it. After reading one review from a blog, I got a little bit more interested in this place, but still wasn't sure. And finally, during one night where we were debating to eat at Garden Cafe or here, we picked here. And the result? Medicore.

The environment of the place was very bland; there wasn't any fancy things other than some items near the top. A freezer (chest), Styrofoam containers, and a fridge were out in the main restaurant area. The most surprising thing? Only one waiter. I said it. Just one.

And what happens to a restaurant with about 20 tables? It means the waiter will be really busy. There were about 10 customers today and so the waiter was running around, serving orders, cleaning up, and telling the kitchen what to do all at the same time. It's pretty much definite that he is doing a really hard job.

Being a "Bei Fang" style place, we wanted to try noodles and dumplings, but we weren't into dumplings that day. It is one of their specialties. We asked our waiter about specialties and he also said beef roll ups are also a specialty. However, again we weren't interested that day. We ordered instead a beef noodle soup, Xiao Long Bao (blog said it was good...), and chive turnover. 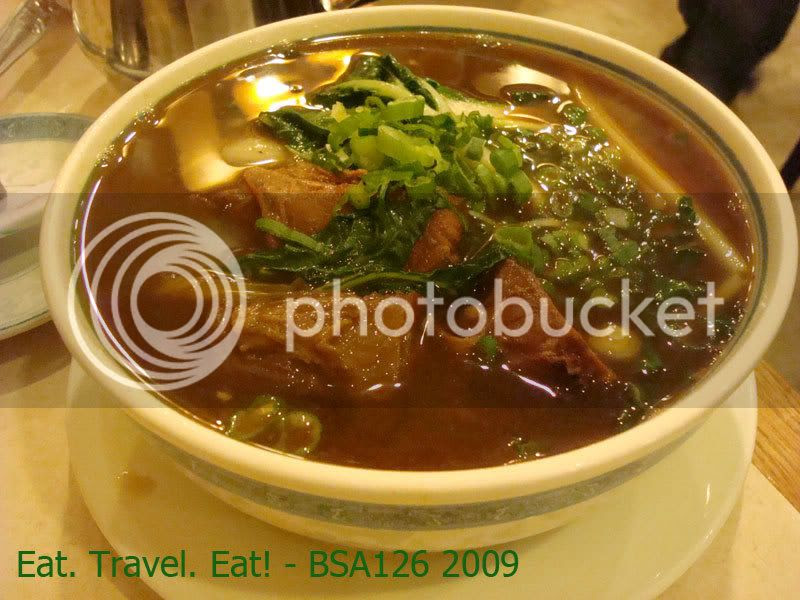 We've never found a place that serves a good beef noodle soup better than Mandarin Noodle Deli, which we have been going to for more than 10 years. Was this going to be the "better" beef noodle soup?

Answer: no. The noodles though were really chewy, which we didn't like. We like a good chew, but this was ULTRA chewy. Kind of stuck to the teeth like chewy. And the noodles were really big and thick.

However, the beef was really tender. But the soup? Uh...bland. We like a slight amount of spice in our beef soup as well as lots of beefy flavor. However, this soup seemed watered down. You could taste some beef flavor, but it was muddled. Not really great. 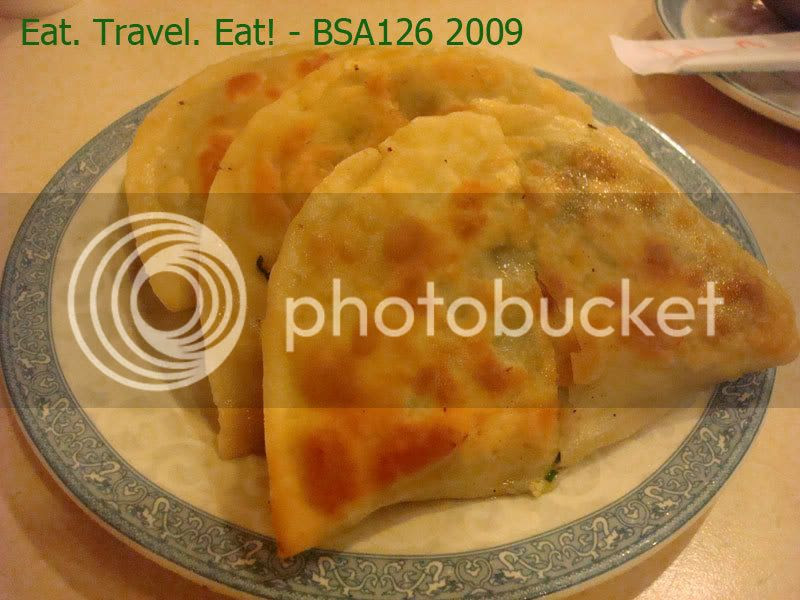 Chive turnover is yet another item we haven't found to be better than one place: Noodle House, which was reviewed by Jonathan Gold and also has been a favorite of ours. We have also gone to Noodle House for a very long time and one of our most favorite items there is this chive turnover. At Noodle House, the chive turnover is very large, and the skin is crisp and slightly chewy. And the filling? HOT! Tons of chives are mixed with glass noodles and fluffy egg.

Was Dumpling House better (Wow...I just noticed! Both places end with "House")? Not really. First of all, they were frozen. We know as the chef from the kitchen went to grab some of these that were uncooked in the freezer which is out for everybody to see. However, they did make it themselves.

The filling was very juicy and the chives were flavorful, but not as strong as Noodle House. I am guessing it is probably the fact that it was frozen. Egg was also added as well as some dried shrimp. The skin was thin and crisp, but we would have liked it if it got more brown and if the skin was thicker. For 4.95 this wasn't cheap! 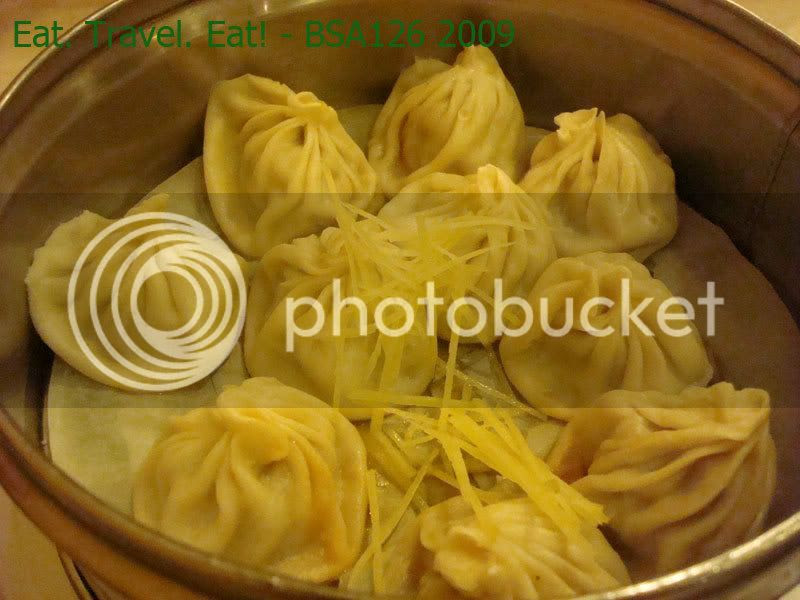 And lastly came some XLB, or Xiao Long Bao. Our favorite used to be Mei Long Village, which used to serve a great XLB that was juicy, porky, and had a not too thin, but not thick skin. However, on our last visit (which was a long time ago; we stopped going there as we got sick before eating there :( ), we got SOUR XLB. I said it. The pork tasted sour. It probably was because of some added vinegar.

I had high hopes for this XLB. When it came, the smell that came from it was like what Din Tai Fung XLBs smell when they come out from the steamer (even more intense if they bring it to you REALLY hot which has happened to us- that is YUM!

But how to handle it? Some were sticking to the metal steamer. And also, some of the juice already popped. And also, the spoon (which is like a regular soup spoon at Garden Cafe) couldn't even fit it! It was that large.

A quick flick with the chopstick and fast movement brought me my XLB pretty quickly. The skin was thicker than MLV, and on the top it was pretty thick. The juice? Porky, but somehow I tasted peanut. That shouldn't happen! At least there was a ton of juice :), which I like. And the filling? The texture was more like a meatball you would get in pho rather than a slightly coarse texture that should come out when cooking ground meat. Again, there was that peanuty feel. I don't know how they got it! Peanut oil???

Overall, a so-so experience. The dishes were not really up to par to what we like, and we were unsure about some of the items used in cooking these items, such as the peanuty feeling we got from the XLB.