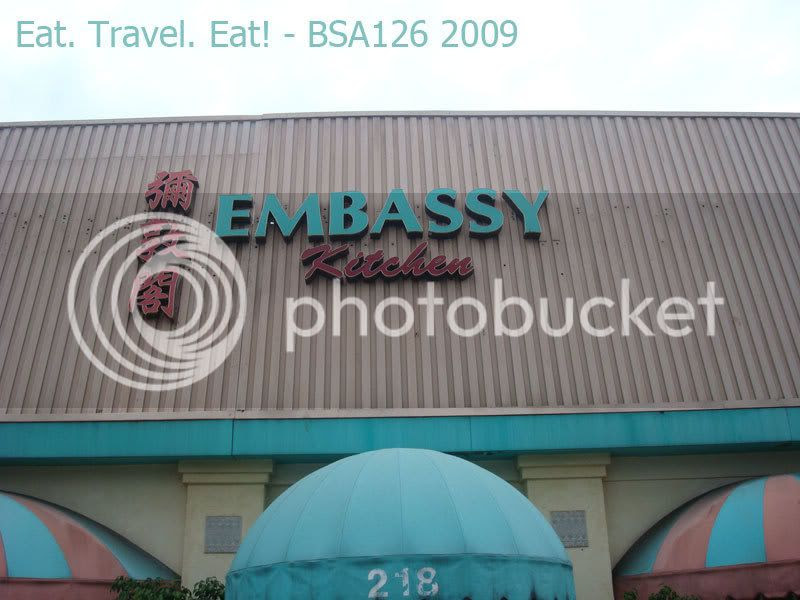 It's been almost a month between this post and last time's lunch post. Which also means one month into the operation of the blog! Isn't it a coincidence? The next restaurant post was for the same place as I wrote a month ago. Wow!
-

A rainy day plus busy events that were occurring from one end to another end brought us to here, which was more near the midpoint of the distances. Kind of late on arrival (about 12:30 or so), but we were served nicely and there were not too many people. 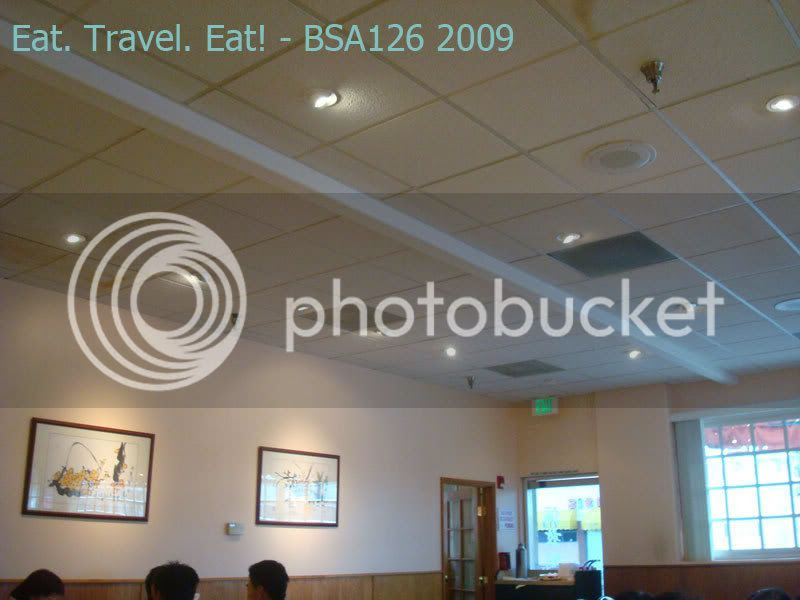 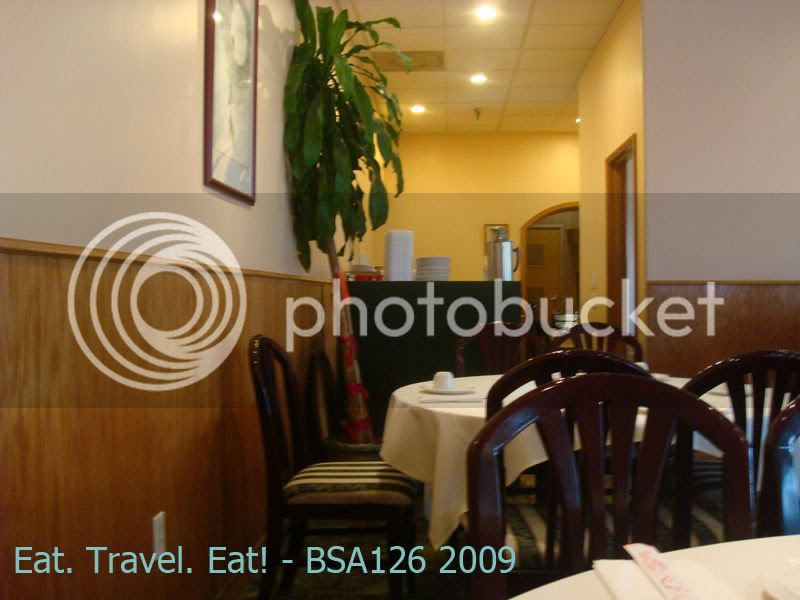 The interior as you can see, is simple, but also a bit upscale. Dark colors blend in with brighter colors. Light wood tones are also there. Pretty simple, but a little more upscale compared to some Chinese restaurants. 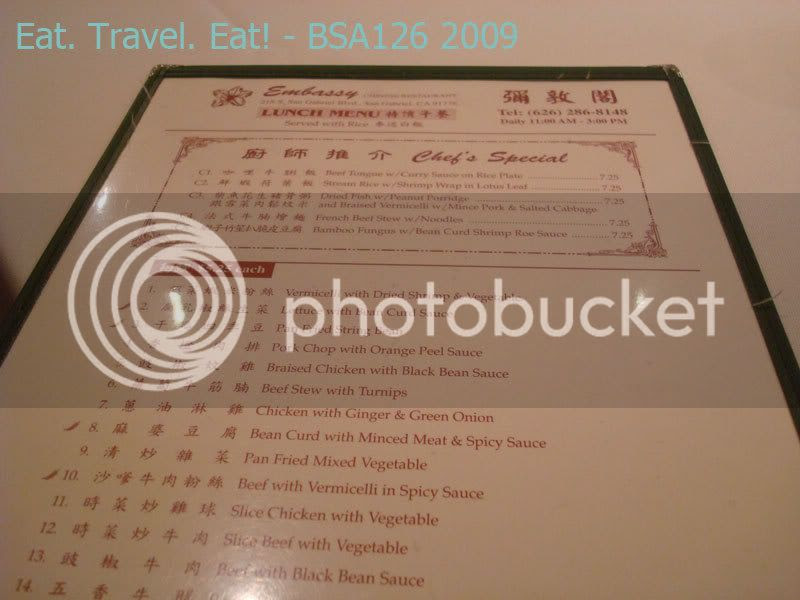 Being lunch, there was a lunch special menu as always. I like it here as the costs are cheaper than Green Island (5.25+ versus 6+!), but the servings and food are just as good or better. It's less of a cafe style setting but rather more of a higher end restaurant setting. 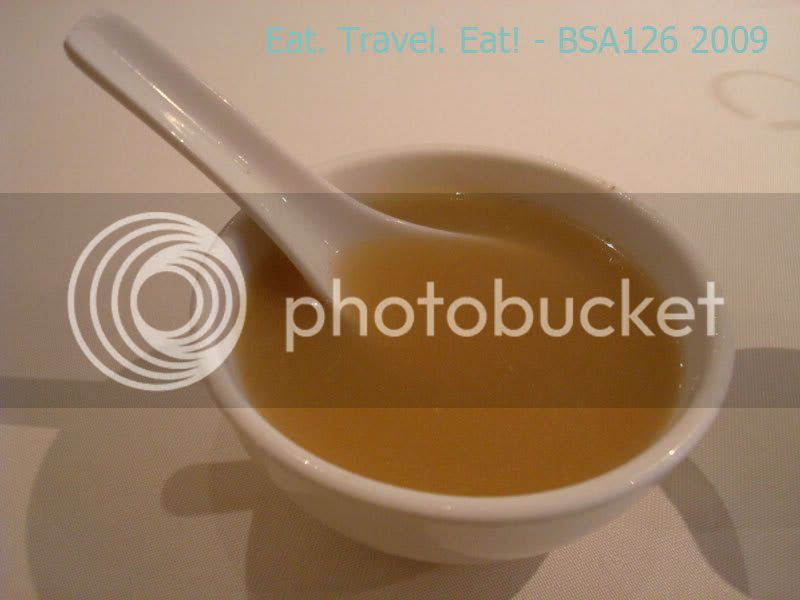 Another great addition coming in for a lunch special is that you get soup as well as hot tea. At Green Island, you get a drink, but here you get soup and tea. The soup for today was a stewed meat soup which was very flavorful. They typically give out this soup more than the other soups they have for the Lunch Special.

We ordered a little more than usual being a busy day, and we tried items that we haven't had in a long time. Here are the results! 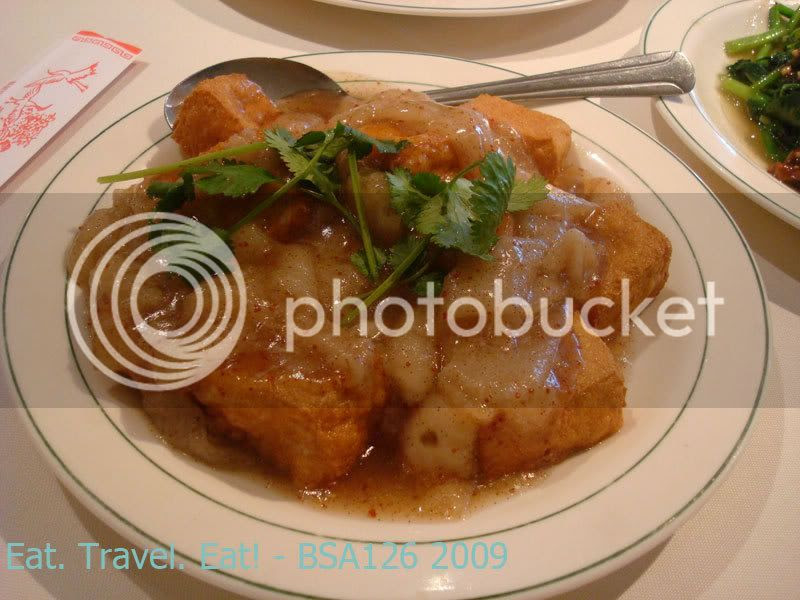 This is the Bamboo Pith with fried tofu in shrimp roe sauce. Make sure you order the one with shrimp roe sauce and not the "egg tofu". The Egg tofu one is simply said, horrible. The frying on the outside is rough and weird. Unusual is the word!

Bamboo pith with fried tofu in shrimp roe sauce though is very good. It's one of our favorite dishes. The bamboo pith gives the whole dish a little bit of the flavor, and the sauce is great on rice. And the tofu is crisp on the outside and soft and tender on the inside. Totally worth the 7.25, and yet it still doesn't cost as much as Green Island's higher end entrees and is a bigger serving too! 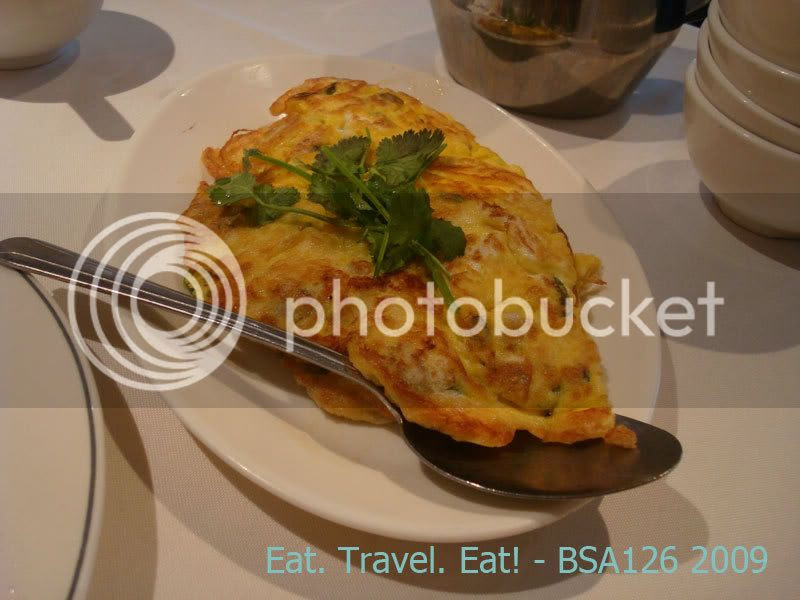 One of the party members ordered a oyster omelet, which was okay. The egg was fluffy and flavorful and was folded several times, and there were several oysters in the omelet which were also pretty flavorful and not overcooked. 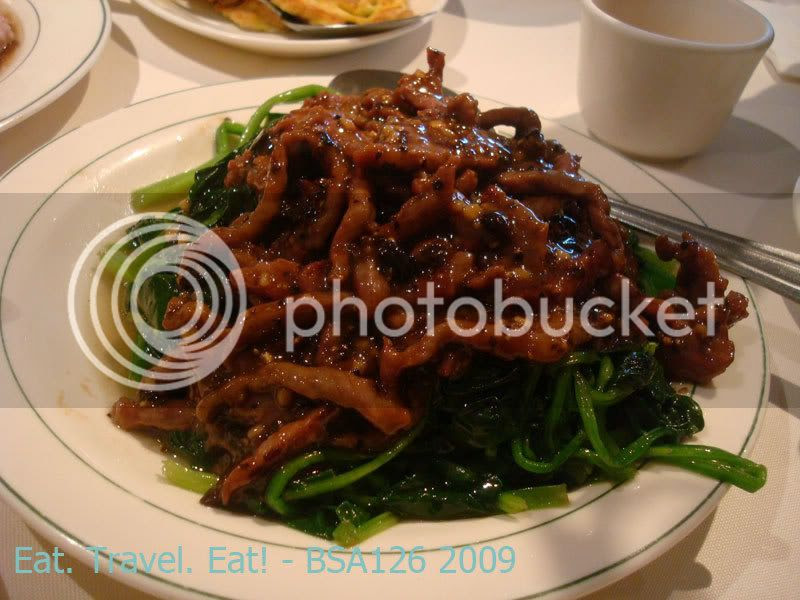 Black pepper beef with spinach was just as good as last time. Maybe even better too; the spinach was not cooked as long so it had a better chew compared to limpy, completely cooked spinach. The beef, as usual, was tender and spicy. 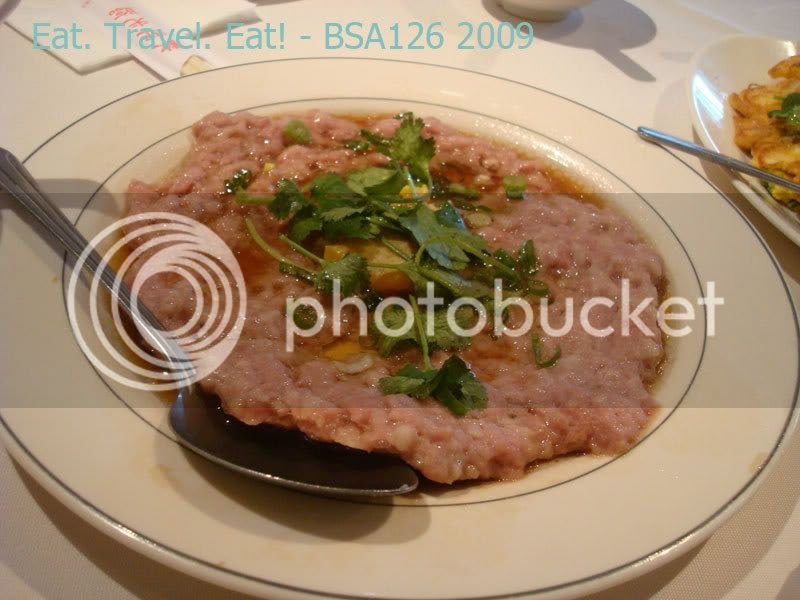 Obviously, something was added to this Salted egg with meat "pancake". The meat was very very tender, but it was very flavorful too. And the soy sauce served on the bottom was great with rice, as usual. 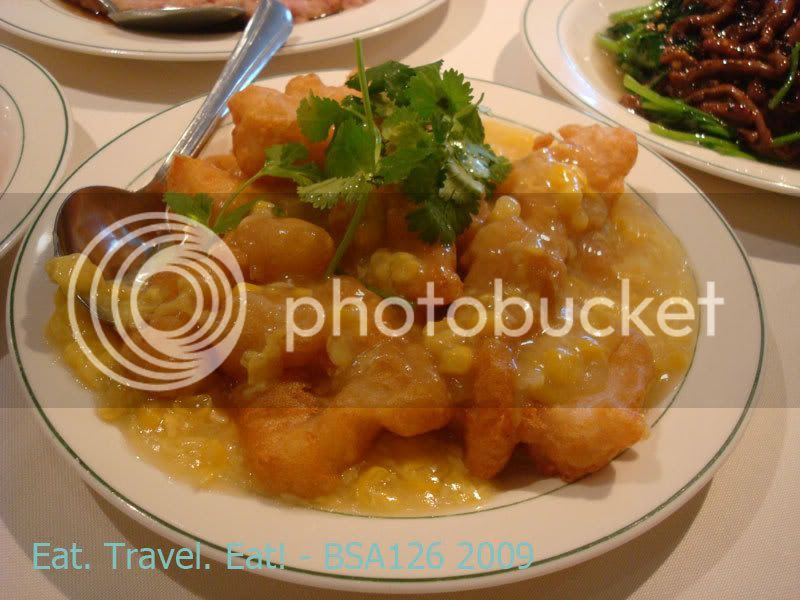 The last item that came was this Fried fish filet with corn. They use cod for the fish so it is very tender, and the frying was crispy. Corn sauce though was a little bit bland; I would have liked more of the sauce as otherwise the fried fish was pretty plain by itself. But for those who want fried fish but don't want sweet and sour sauce, this is a good choice.

Leaving the restaurant we were very full, and at less than 10 dollars a head it was a good deal too compared to some restaurants nearby!

shavedicesundays said…
Some interesting dishes there! I've never heard of the Pith dish before.
January 30, 2009

EatTravelEat said…
Yeah, some of them are pretty interesting! Bamboo pith isn't available all over the place (rarely see it in restaurants), but you can get it at some asian supermarkets.
January 30, 2009