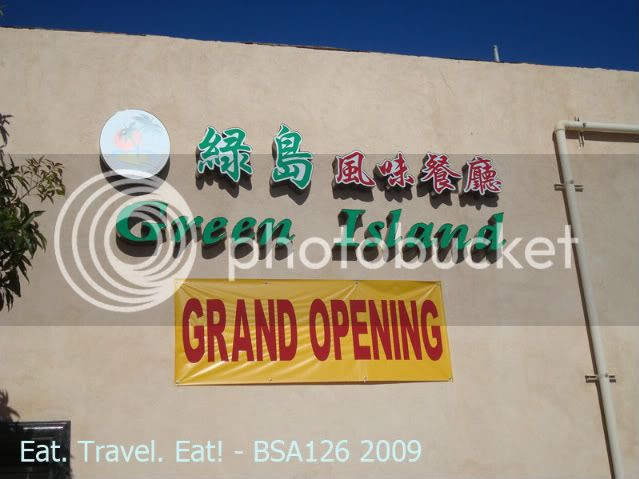 This has truly become our Sunday lunch place/ restaurant to go to at anytime. New tradition for 2009...but for this time we tried the pot rice and the braised duck with taro which were some items I haven't written about before. The top photo shows how the restaurant looks like in the back; most people come in this way. 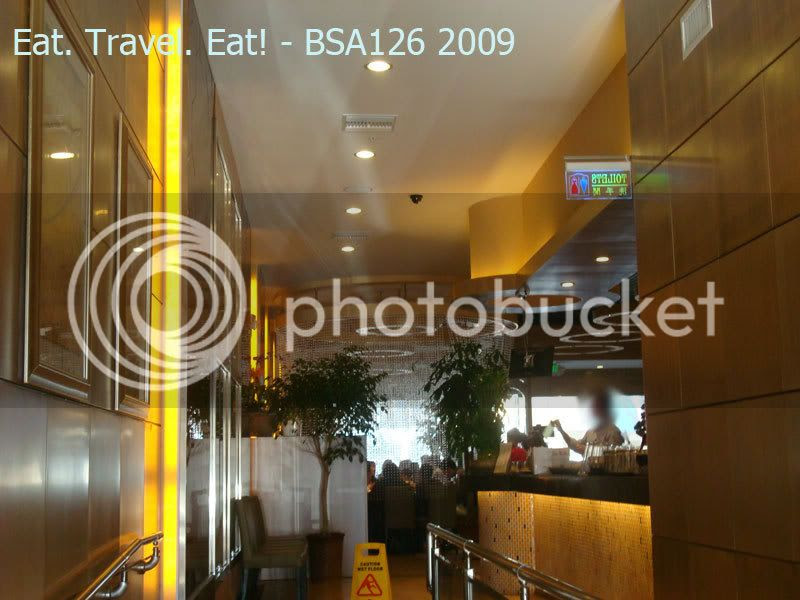 The door brings you to a hallway that looks like this. The restrooms and the drink prep area are all here, as well as where they store their menus :). 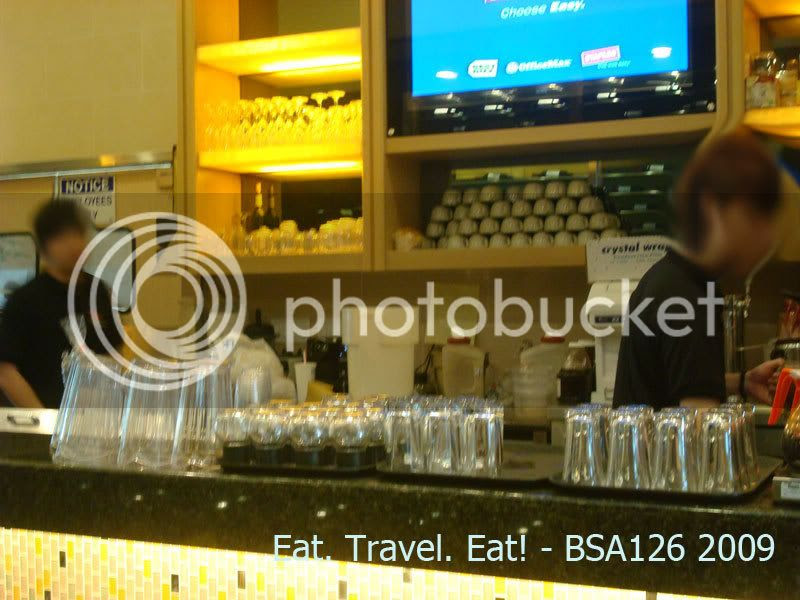 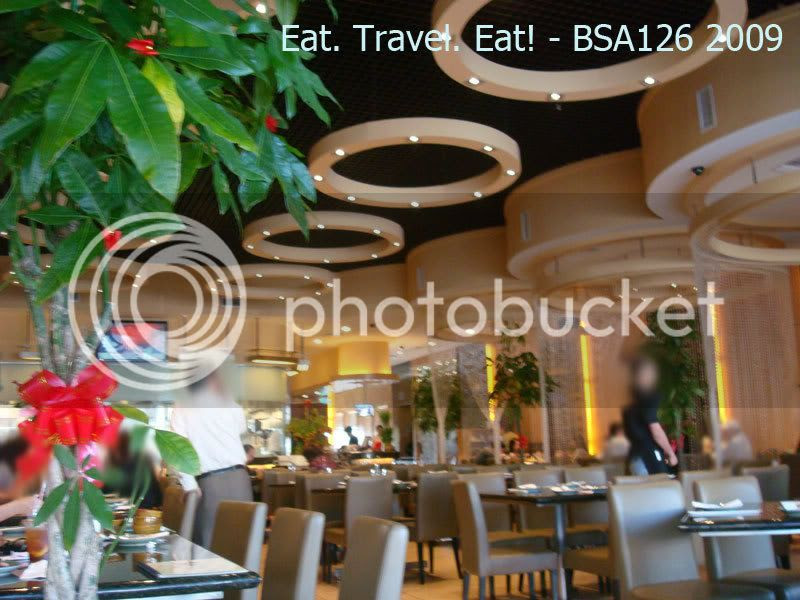 For this visit, we sat near the window, as we wanted to have a view. But...that decision was a VERY bad decision. One should not sit near the window, unless they have no choice. It was scary. Do you know what happened? Because the windows are floor to ceiling, people can watch in. But what was scary was this old lady in a wheelchair. Now, I don't mean to be a mean person, but this lady was intruding our privacy. She actually would stop at each table near the window, and give us all a STARE and look at the food items. And then, move on to the next table. Very scary! And yet, she didn't eat here. Instead, she moved on with her motorized wheelchair.

There were also other people doing weird stuff...

We had ordered and got our items beforehand so it was too late to change tables. A learning experience? Yes! 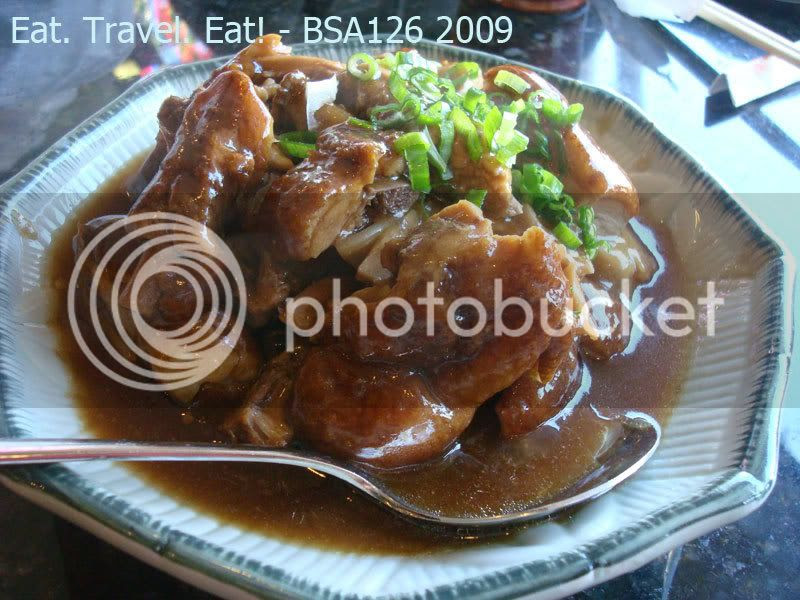 One of the new items we tried today was the Braised duck with taro (6.99). Now, this "taro" isn't what one usually would think of taro. Most think of taro as the filling in breads and cakes, as well as also used in some ice creams. However, this taro was just cooked to the fact it was really soft, and then nothing else was added. The braised duck had lots of duck flavor, and the sauce also had lots of duck flavor. Good with rice! 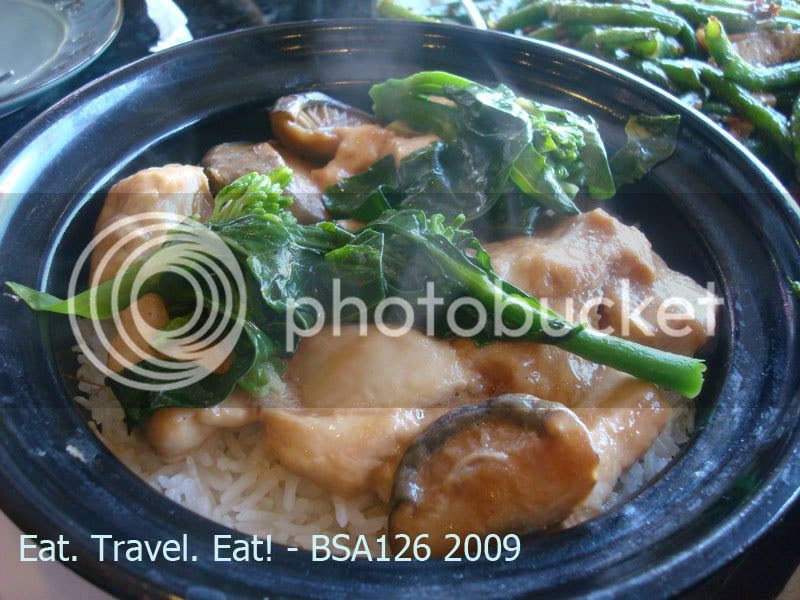 This was the Chicken rice pot which was cooked by electric. It's like what Tasty Garden does to its pot rice as well. I liked the chicken, which was very tender and slippery (cornstarch addition), as well as the rice which was slightly dry and slightly oily. The rice crust was also good too, after you added the soy sauce and that dried up a little bit. 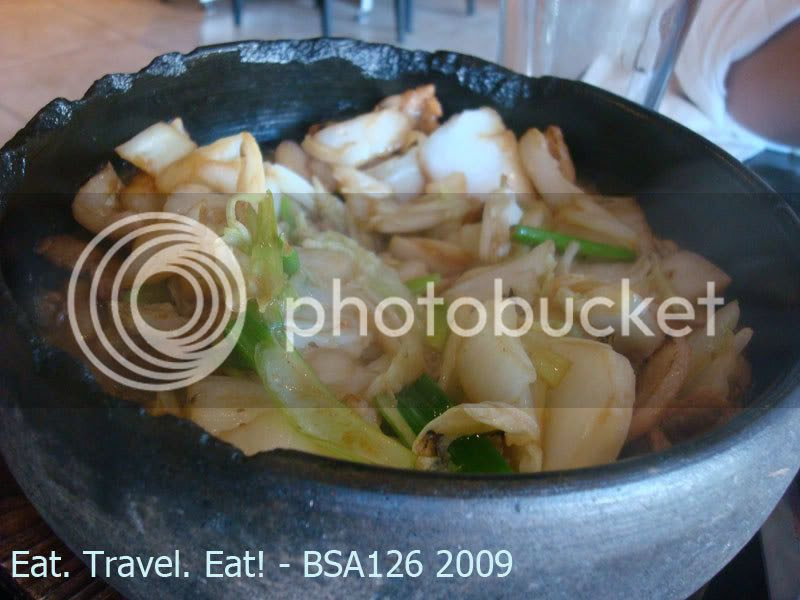 And here is the pork belly with cabbage pot. The sauce that comes in this is always good with rice, and the cabbage really soaks up all the flavor from the sauce, and so does the fatty pork belly which is cut like bacon. 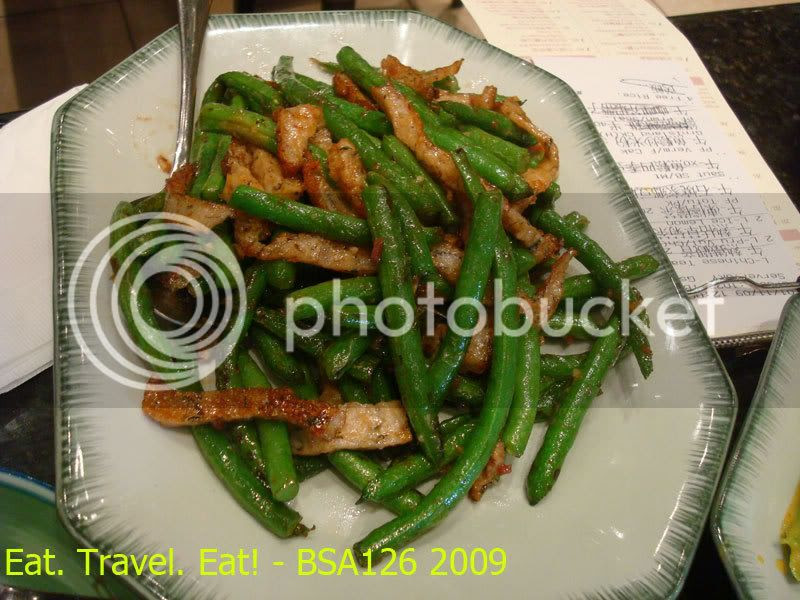 We also ordered the sauteed Green beans with fish cake, which this time had lots of the sauce they add to the green beans. The fish cake as always, was salty and very flavorful. Quick note, but this photo was from a past visit; this time, the green beans were not so "Green" like this order from the second visit of this year; it was a little bit white (frying). I personally think my photo right up here trumps their photo on their menu as their green beans are not a vibrant green on their menu.

Overall, another good Sunday visit at Green Island, other than the fact that some people were staring at us while we were eating which pretty much ruined our dining experience for the first part.

Other posts on Green Island:

Selba said…
It looks a nice place to dine in and the food looks delicious.
January 28, 2009

EatTravelEat said…
I agree with your comment Selba. The food is very good and the place is nice to dine in. For the best value, don't get the porridge or noodle soups as the portion is really small compared to other places.
January 28, 2009