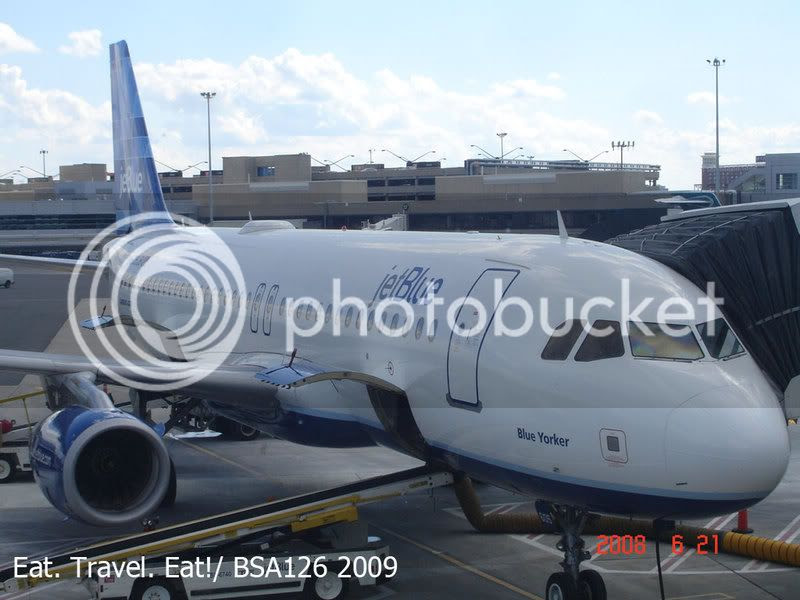 This was my very first time flying jetBlue and I loved it! Friendly staff, unlimited snacks and drinks, and overall a very "fun" airline. Happy jetting it is for this trip! Mainly a photo report. Hope you enjoy it!

In Long Beach, the check in was very simple. You would do it all by yourself! Then, if you had luggage, you would then go to the luggage drop and they would put the sticker in. Very simple, and very efficient way to do boarding. This was quick.

Customs was actually outdoors, but is covered on all sides by fencing. There are blue colors all over, probably due to jetBlue. However, once you are done, most of the gates are in one section, and you wait in a building that is almost like a portable room that one would see in construction or schools. However it is a large version of that, and there are several food, beverage, and news shops over there, as well as a souvenir shop. Some photos while at LGB: 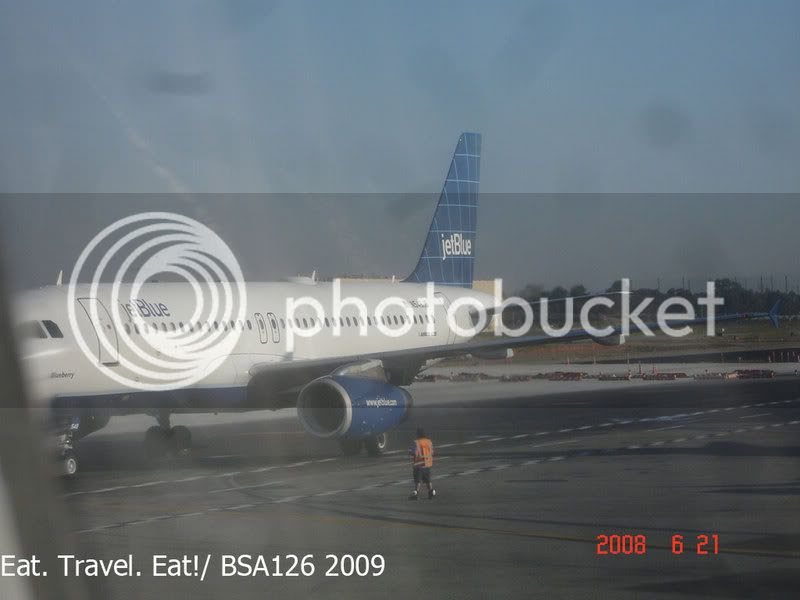 On the plane, and waiting for Blueberry to push back! We were next. 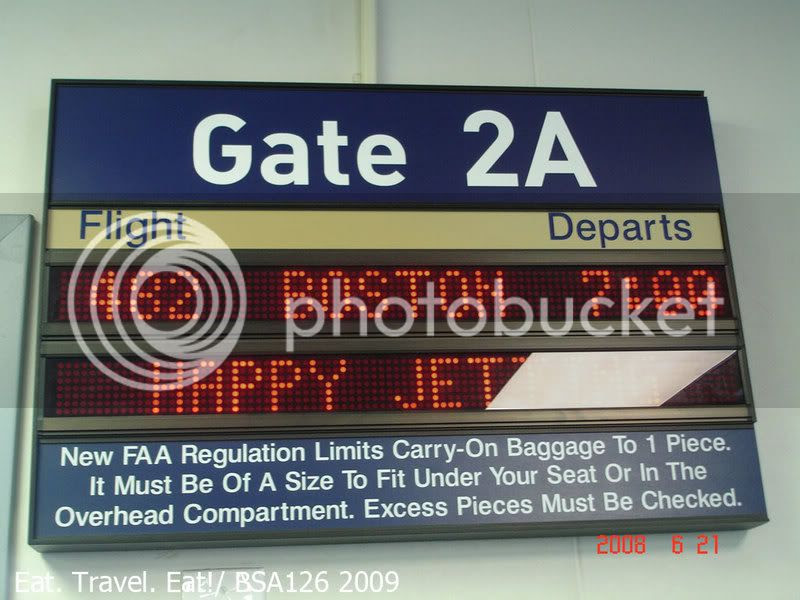 Our gate for this flight. Boarding announcements were so different compared to your regular airline. The staff made jokes on the doors and which plane you should board on as they don't have much directions on which plane to board. You are basically almost free on the tarmac on where to go, except for some fencing. They also talked about the planes' names which would easily tell you which plane you would be on. 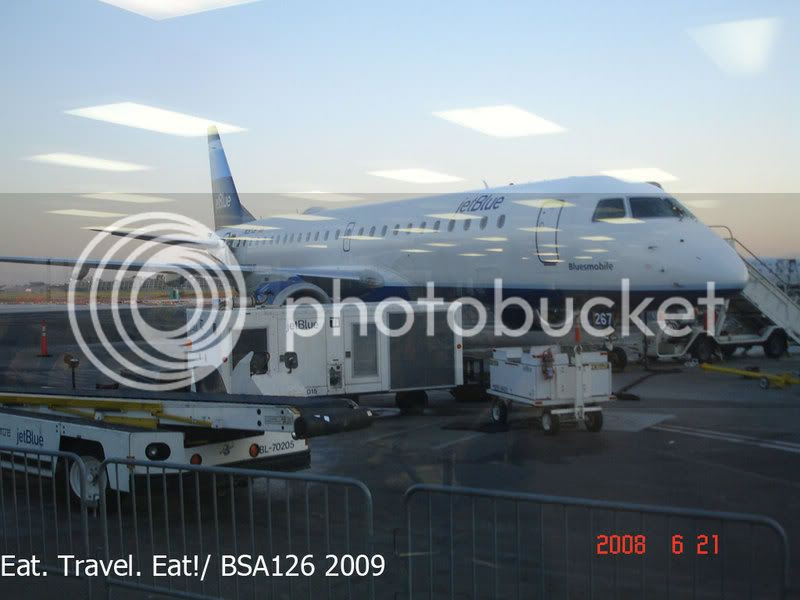 "Bluesmobile" This was the first Embraer 190 that I have ever seen! One of the 2 aircraft type on jetBlue. We were on "Blue Yorker", a Airbus A320. The plane name didn't seem really fitting for this flight though due to the "Yorker" part of the name which is obviously influenced by "New York"! We were going to Boston... 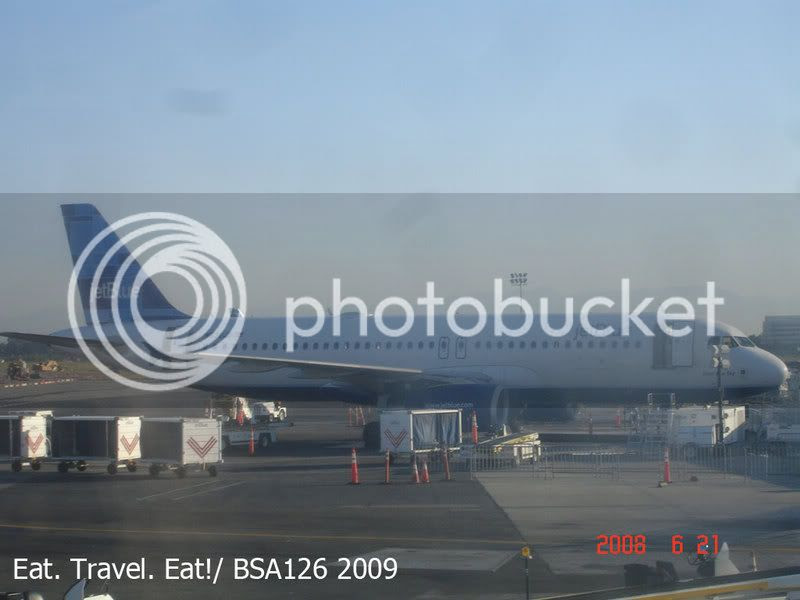 On the plane: Wing Views, Interior Views, and in flight views. 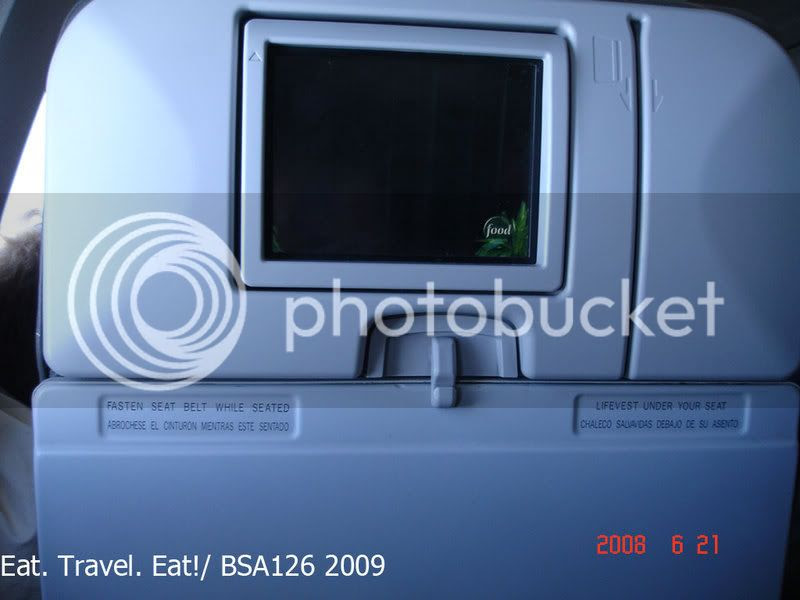 It's the first time in my life that I am going to see Food Network on a plane! This TV which showed DirecTV cured all the boredom that I had on this flight. Simply a great idea, other than AVOD on Demand. Only complaint? Very small screen (like how big a portable GPS is), and no guide, so you don't know what is going to come up next. 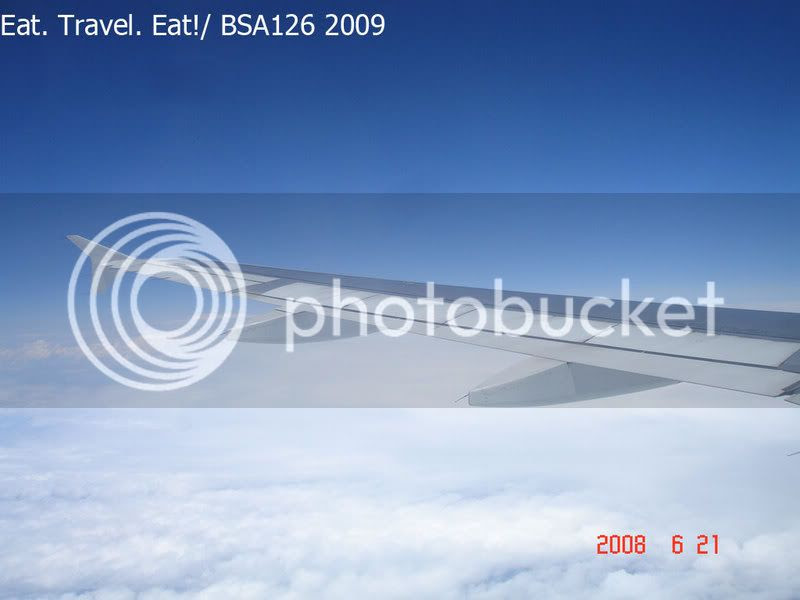 Wing view. Flat looking clouds though.
---
Service was very good. After we leveled off and were free to move around, the flight attendants came around and asked for what drinks we wanted, and then went back to the galley. Everyone got a full can, and if the can was a small size, you got 2! They didn't bring in a trolley and give the drinks to you; instead, they used a tray which held about 6 beverages and then would give them to you personally. This would allow people who needed to use the lavatory at the time to easily be able to go down the plane. It was harder work though for the flight attendants because they had to go back and forth.

Snacks came next and the flight attendants had baskets which had all the snacks available in them (except for shortbread which they passed out near the end of the flight twice to everyone). The Terra Blue chips, which are their "official snack" and even say so on the packaging (even when you buy it outside the U.S.! I saw it in Hong Kong...), are really thin chips and are lightly salted. Very potatoey and the chips are an interesting color.

You could ask the flight attendant though anytime during the flight and they would actually give you whatever you wanted. This was a nice touch, especially for the snacks. 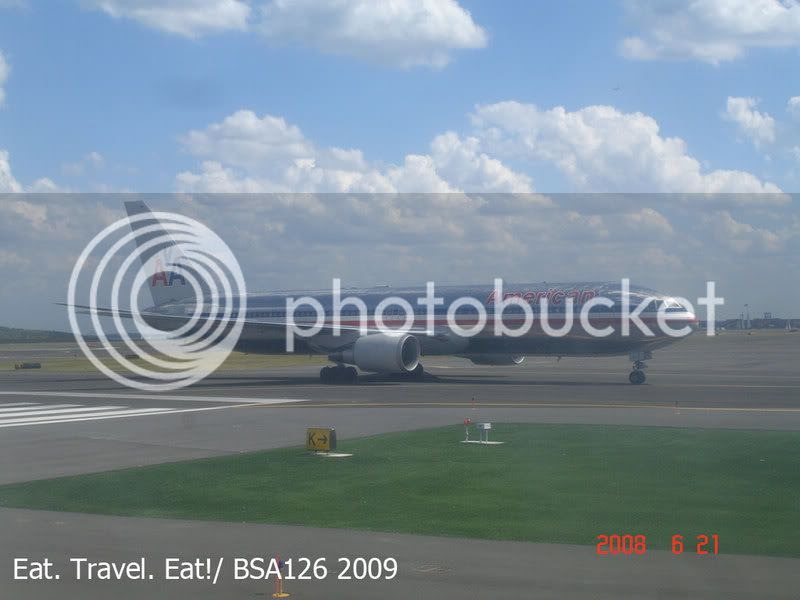 Ready to go taxi to the gate. This is most likely a Boeing 767- look at the landing gear and nose. 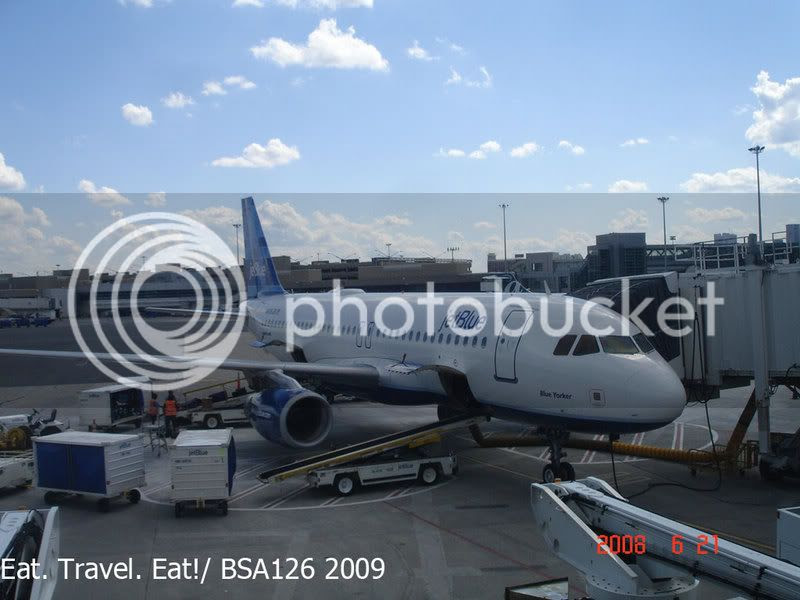 Our plane at arrival. I was lucky there was no glare in this shot!

Overall a great experience for our first time. For the same price as AA for this trip, jetBlue was a way better deal due to the food and TV which are all great features which cured boredom and hunger! Employees from jetBlue were also very friendly and humorous which was different than your usual flight employees. Look for the return trip shortly.