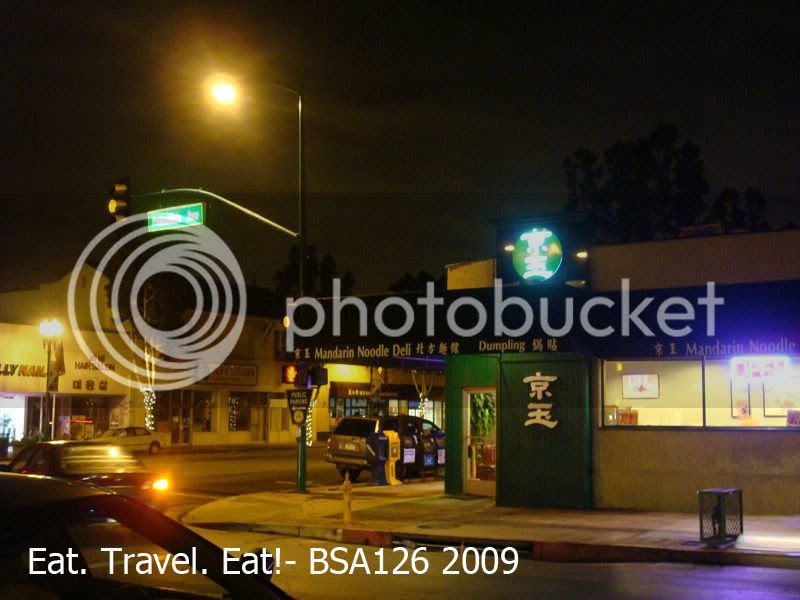 If you have been closely monitoring my comments, you probably know about this place as I have written about it on one of the Green Island posts. This restaurant has been a longtime favorite of ours, and we have many great memories from it. They used to be all the way near the 10 Freeway (probably Alhambra? Pretty close to Ocean Star, Tai Shing Kong, 99 Ranch Market area), but then they also opened a location here about 4-5 years ago (it's been so long!). Long time memories are at this restaurant, like going to the place during its last day before moving, as well as eating there after a long haul flight. We've been fans of this place since a long time, and it seems due to its presence in California now has even more people. It seems like more press has been talking about this place too; more non-Asians have been coming to here since last year, which is unusual as before we have never encountered any non-Asian people at this place!

But it also seems like due to these people the quality has sadly gone down, which I have written about in my Tripadvisor review. A few visits ago, everything was just not as great as before. (And that day there were very many non-Asian visitors). They seem to be more lazy and don't care as much for the quality as they think non-Asians will think their food is good no matter what. And the sanitation was also meh.

However, we found a way to always get good food. Come during the weekday when there is very little people, and you'll find the servers friendly to you (which doesn't happen when it is full; the manager knew us before whenever we came....now she doesn't), as well as better quality of food. This visit though was on a Saturday night...and so it was busy. But we didn't want to go to Green Island either... (which has become our "norm" restaurant that we constantly go to...). 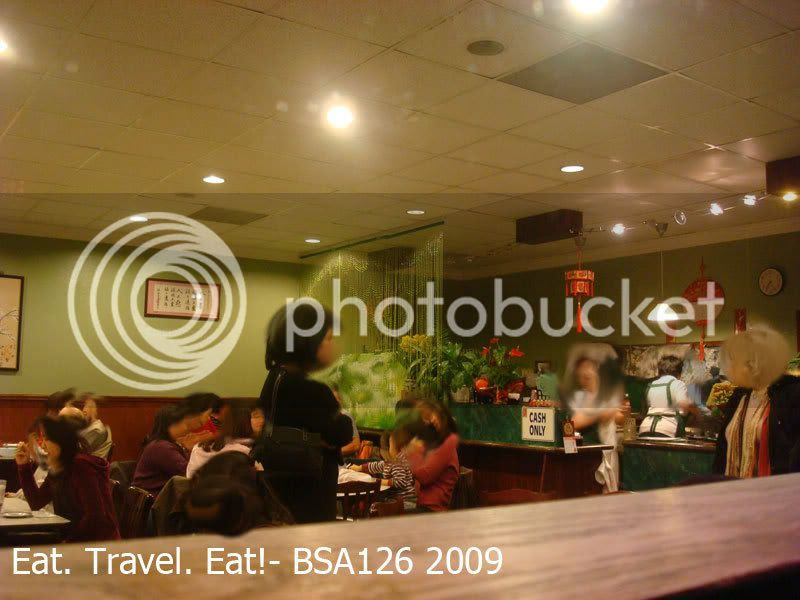 This place is VERY green colored all over. Lots of light and dark wood tones, light blue, and lots of that pale avocado green. The owner seems to love green. The beady thing and the green photo to the top right was also added not long ago.

Service was quick as we always know what to order beforehand. Once a server came we ordered! This time we got 2 green onion pancakes, San Dong Chicken Salad, Beef Noodle Soup, and potstickers.

Green onion pancakes are one of the 2 main things that make us love this place. It is really, really good when you get it on a good day; oniony and slightly salty, crisp on the outside, and chewy (but not like sticky chewy) with many layers on the inside. Friends from far away have said this tastes good; one compared it to his mom's cooking.

The left photo is the first one, the right one is the second pancake. See the green on the pancake to the right? That is the sign when it is really, really good. But the left one had lots of onions near the outer border though.

We also dunk it in the beef noodle soup as well as the San Dong chicken salad dressing...but that is up to you. On a good day though, it's best to eat it by itself and savor the textures and flavor.

And on the talk of "Bad Day" and Good Day, the difference is the seasoning and amount of green onions. We like plenty of everything. 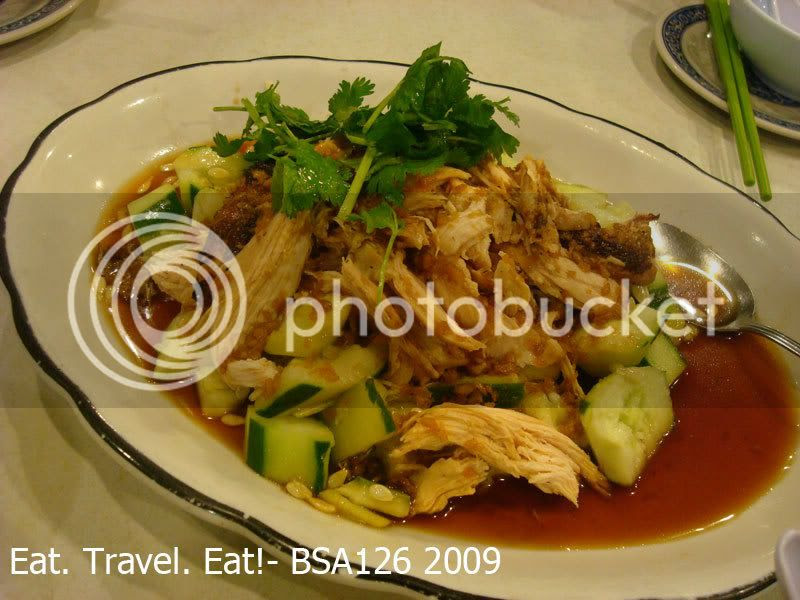 "San Dong Shao Gi" or San Dong smoked ( not really) chicken salad had shredded chicken as well as cucumber, in a garlicy, vinegary, and slightly sweet soy sauce. The chicken has a very very light smoked chicken flavor, and it is best eaten with the sauce though. But for the first bite, just eat the chicken on its own. Cucumbers are also just cracked open.

On the talk of cucumbers, their cucumber salad is also good. It's a good tart as well as slightly sweet at the same time. The seaweed salad comes to a close second. Ah...the great beef noodle soup. We still have never found a place that serves such a great beef noodle soup. The soup is gelatinous (put it in the fridge overnight and it becomes jello!), and very beefy and slightly spicy. And the stewed beef is fork tender and falls apart. Lastly, the noodles. They come in two varieties; one in the thick and one in thin. We personally like the thin; they are slightly chewy. The thick noodles though are "dao xiao" noodles or knife cut, but the dough is VERY chewy, similar to a very thick but moist dumpling skin (this is what we experienced a few months ago; before they also made very good handmade noodles...but now they cook them for too short and the result is ultra-chewy). If you like that, go ahead, but if you don't you should stick with the thin noodles. If they don't ask which type of noodle though, you probably are getting the thin noodles.

But today, the result was so-so :(. Guess too many people were here, as they watered down the soup (which has never happened to us...or they didn't add enough spice!), and the noodles were almost overcooked (exceedingly light chew). Come here on the weekday though and it will be better. Much better! 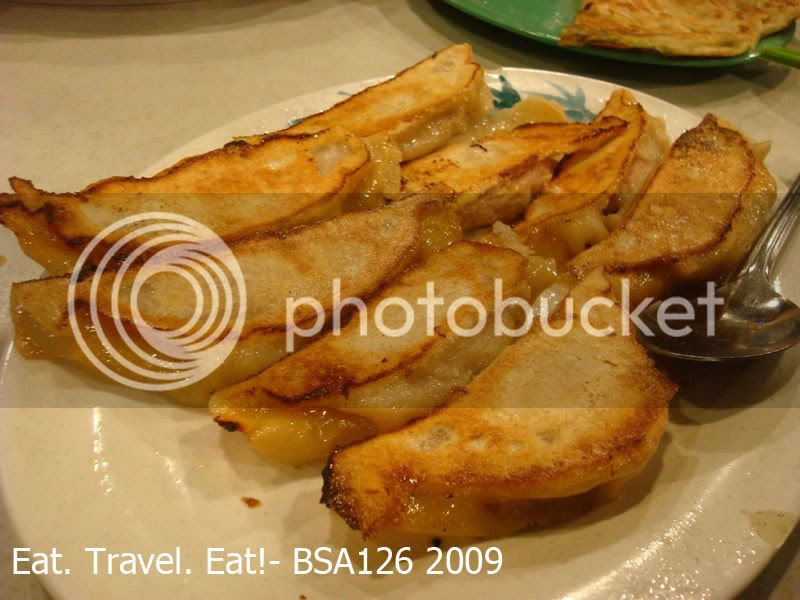 And lastly, here are the potstickers. Today it was overcooked, hence the popping of the skin as well as the very brown color on the skin (not the browning on top that you see). The filling had things like cabbage, and you could really taste all the ingredients. And the skin was thick and had a good chew, and the bottom was crisp, but didn't have a ton of that flavor you get from making the skin crisp.

I find the best way to eat them is to eat them with a sauce that has 4 dashes of white vinegar as well as 2 splashes of soy sauce. Just quickly dip them and they are very yummy!

Come on a not so busy day and it will definitely be excellent. On a busy day though, the results can now be mixed, but still taste pretty good.

*Cash only, closed on Mondays*


Who else ate here?

Wandering Chopsticks tried some other items available on the menu, such as the beef tendon noodle soup, stewed pork feet with glass noodle soup, cold potato salad, and more!

SinoSoul said…
good day, bad day, those cigar open ended pot stickers are 1 of the worst designed dumplings in all of SGV. I never understood the obsession with this place... *shrug*
April 02, 2009

EatTravelEat said…
SinoSoul,
Their taste is a bit different than your usual potsticker...less savory too. I like their dumplings more than their potstickers.
April 02, 2009