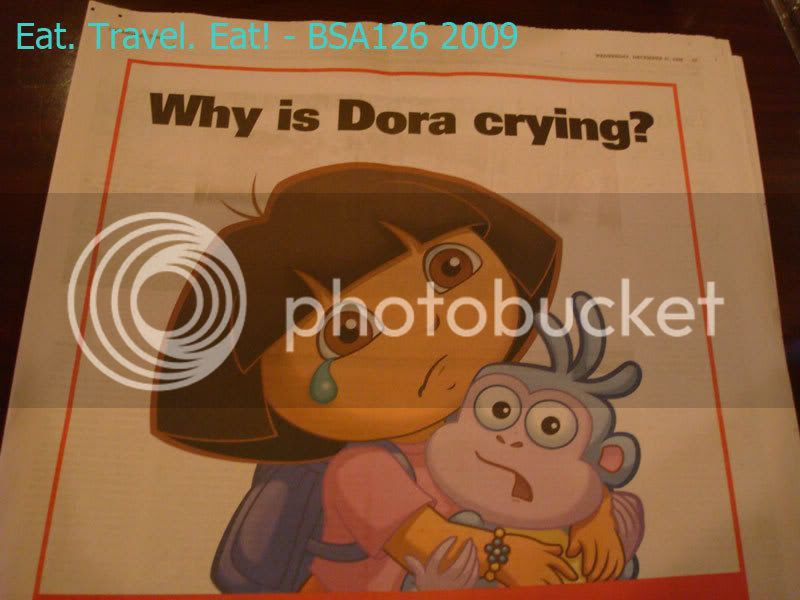 A friend of mine showed me this, and I was very very surprised that this type of advertisement would have appeared on the LA Times! Anyway, it's all just about Time Warner Cable taking off 19 channels from their lineup, which one of them Dora stars in. They look pretty sad about it! Good photoshopping/ drawing done by the people who made this; there is so much emotion from Dora and the monkey! Both look so unfortunate that they are going to not be on TV. Is this being greedy though? Shouldn't they be happy already for having airtime on TV? I'll let you decide.

The ad also wants the reader to call 1-888-892-2253 to demand the cable company to keep these channels on TV. Here are some of the photos on it; it took an entire page!!! 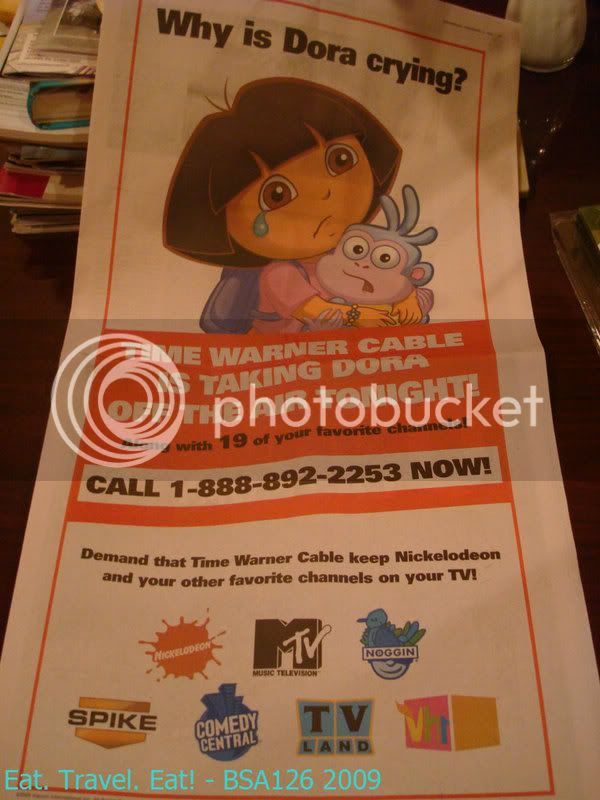 Evidently it looks like this situation has been settled :), but still, an interesting ad.

*UPDATE December 28, 2009: Now, for the next year, apparently now FOX will be taken out of Time Warner Cable's selection of channels. I'll be posting another advertisement to show you if they do make an ad.