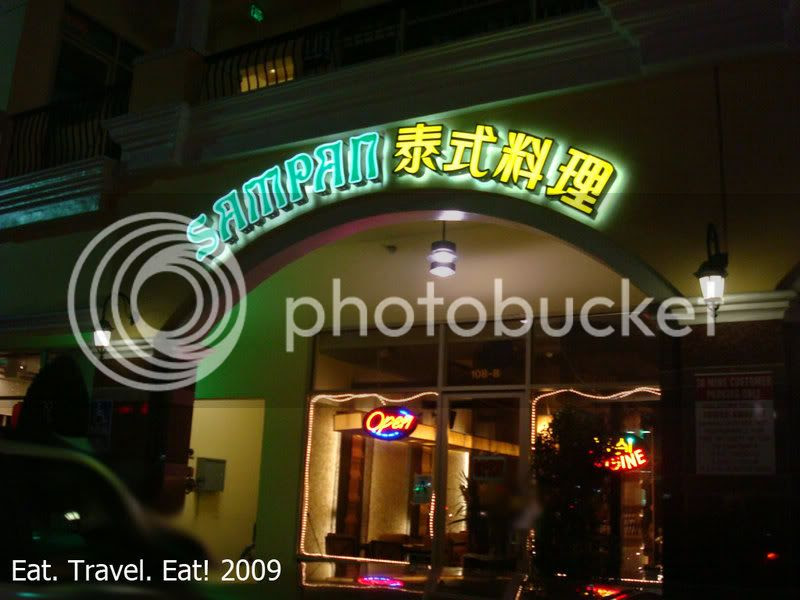 For dinner, we were planning to eat at Red Ant cafe, which serves up a great Macaroni in fish broth as well as a great soy sauce chicken. But...after parking, we found out it was closed. PERMANENTLY closed. And going to become a "Tofu House". Poor place...but they changed chefs a few months ago, and that is probably why its demise came; the new chef just didn't cook the dishes as well as the old chef. And so...not wanting to try a different restaurant on the huge stretch of Valley Blvd, we went to Sampan for a nice meal.

We were lucky enough to get a booster table. It helps much with the dining experience as well as the eating experience. We are not fans of their dark atmosphere, but we've always sat at the booster tables except for last time. The booster tables have lights right beside them and on top, so the lighting is much better. The photos still were a bit yellow, but WAY better than last time.

Again, they had that weird music again. Bah...but at least "Womanizer" only came once. Nothing was repetitive, unlike that TV on top of the kitchen door which went through the same thing for about 3 times during our eating experience. 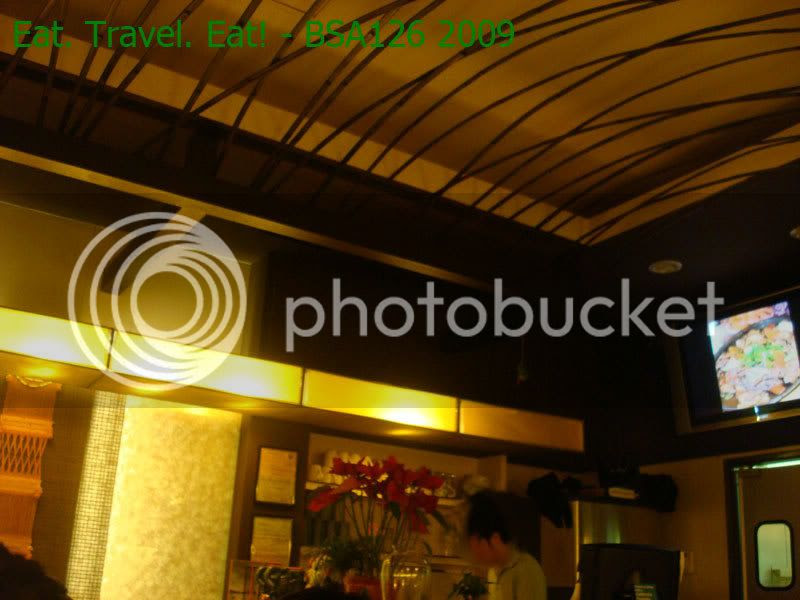 As always, at night the interior is dark, and during the daytime it is not. The top part is actually a bamboo arch that goes all over the restaurant. And the blurred face is the server who always does our table everytime we come here. 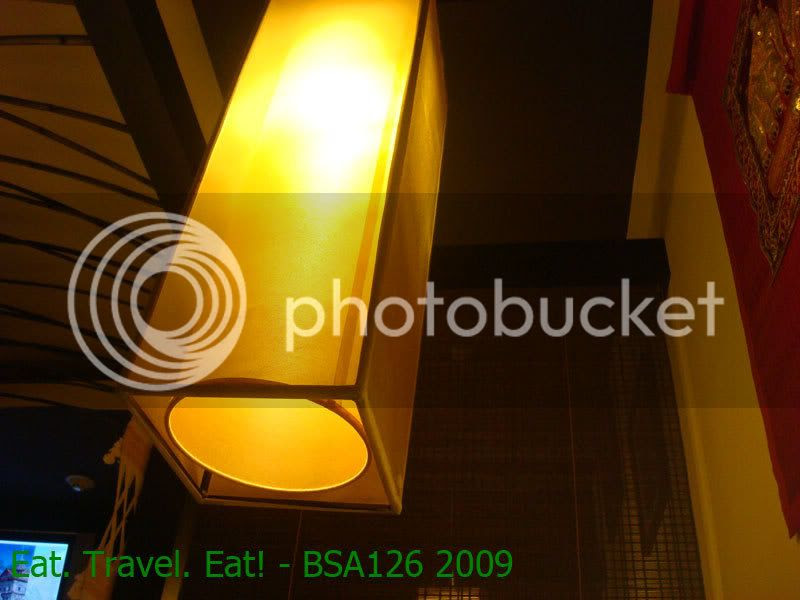 And this is one of the lights that are on top of the booster tables. On the side there are lights too (which is where I took most of the photos), which are brighter. 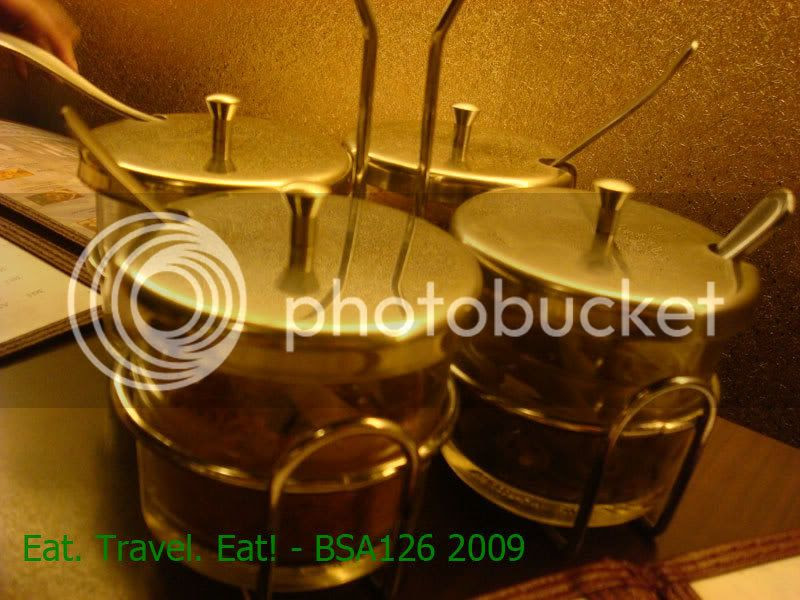 Spice container. This also has sugar (probably), as well as pepper, red chili sauce, and spice.

We tried our favorites this time around, including the Thai Fried rice, Rad Na, Pad Thai (lets see if this time it is good!), Tom Kah soup, and green curry. There was a big party of 20-30 year old people (probably the waiters friends, who somehow are here EVERY time we come here), and so that messed up our order. Tom Kah did not come first; instead it was the Rad Na, and if the party ordered something that we also had that didn't come yet to any of our tables, they came at the same time for both of us. 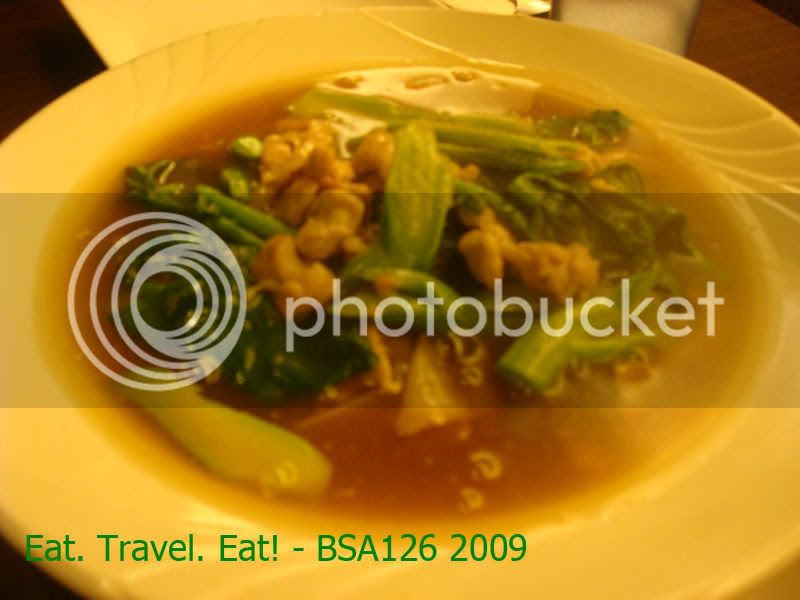 The Rad Na, our first item, came steaming hot. It is also why the photo is blurred to the right due to the waft of steam! This time, there was a better proportion of noodles and sauce, but still there was leftover sauce. The noodles were chewy and fresh like last time and the sauce was flavorful as usual. It's becoming a new favorite of ours (we usually don't order this dish, but since after last time, it looks like we will order this dish more frequently). 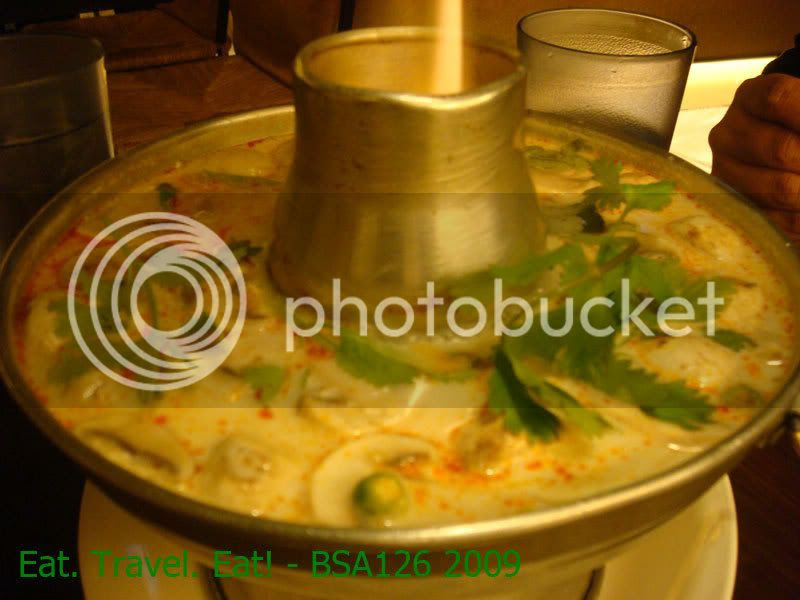 The Tom Kah soup came next, and this time, we ordered it with tofu. Bad mistake! The tofu added a bit of a weird flavor to the soup (a little bit), but you could certainly taste all the tom yum flavors as well as the coconut milk. Tofu itself was the firm tofu; we would have liked a softer tofu. Otherwise though, a good starter!

It's now time for a comparision. Last times Pad Thai, versus this visit: 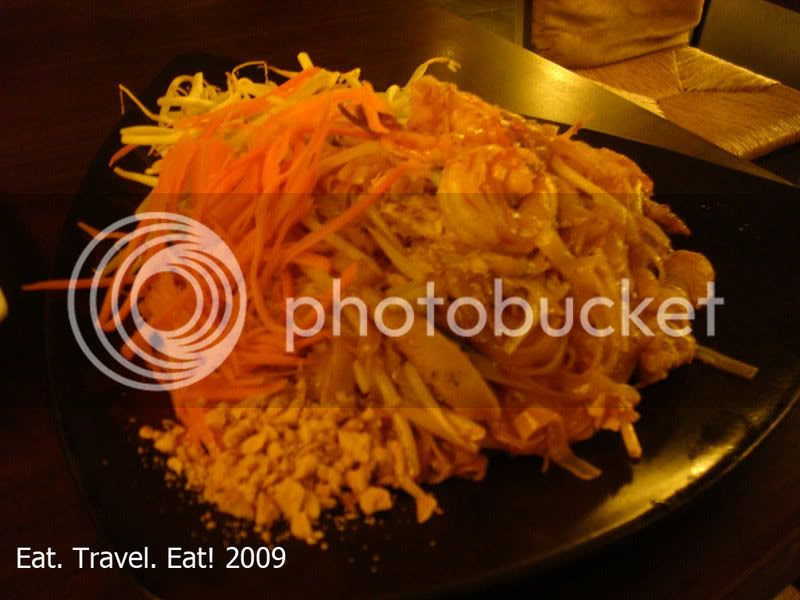 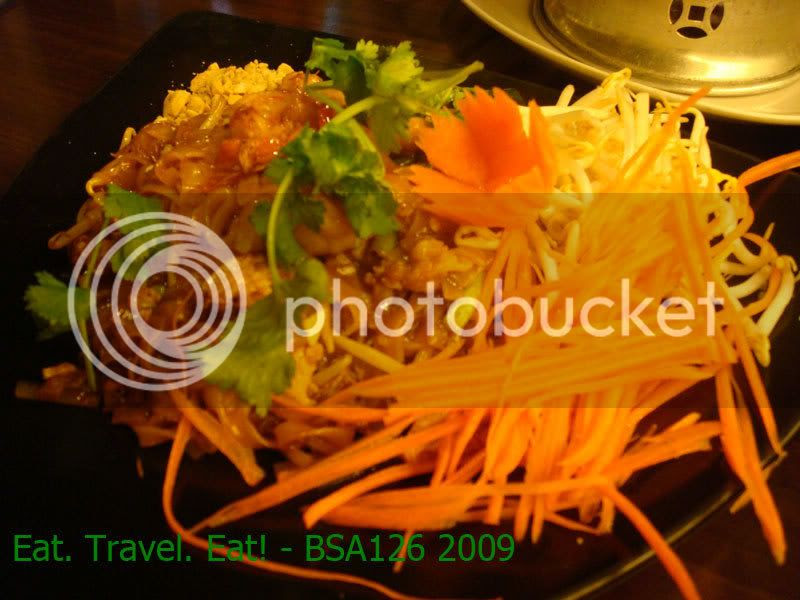 Do you see the differences between the two? Obviously, the garnishes are different, but look at the noodles. Last time, it was more orangey. This time it was more of a brown tone, which is very similar to what Lotus of Siam served us during our trip to Las Vegas. The flavor was similar to Lotus of Siam, but more flavorful- more fish sauce and other ingredients. The noodles were chewy like they used to be and were not too saucy- again, similar to Lotus of Siam! Only big difference between LoS and this one was the inclusion of the carrot and bean sprout on the side, and that LoS used a thinner rice noodle. Otherwise- almost the same. This is what Sampan Thai Cuisine should be like!

Speaking about garnishes, this time they even included cilantro (which we put into the Tom Kah) as well as a carrot flower. We have seen the cilantro before, but not the carrot flower. Don't know if it was just for today or it is now their "usual" work. 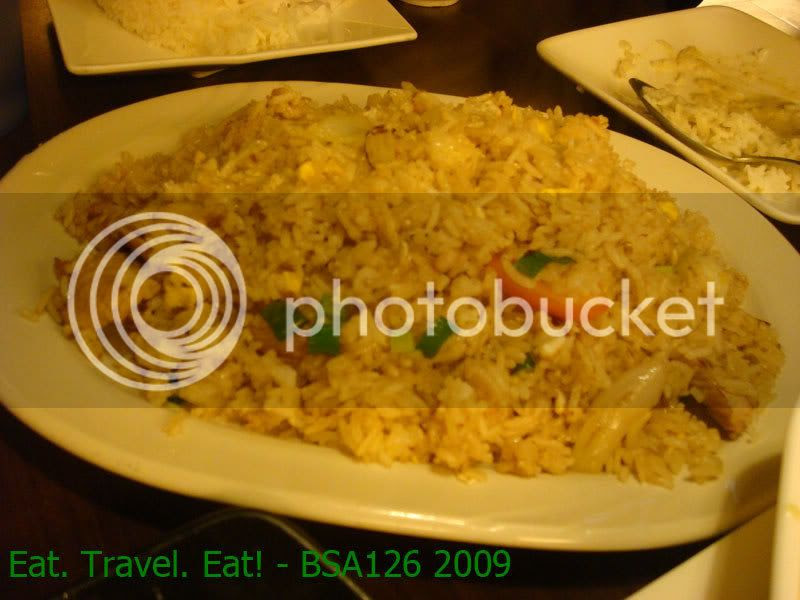 Thai Fried Rice was flavorful from the wok-hey and had things like tomato, chicken, and onions. It also had a flavor that you always get when ordering a "Thai" fried rice from a Thai restaurant, but here it was more flavorful compared to other places. 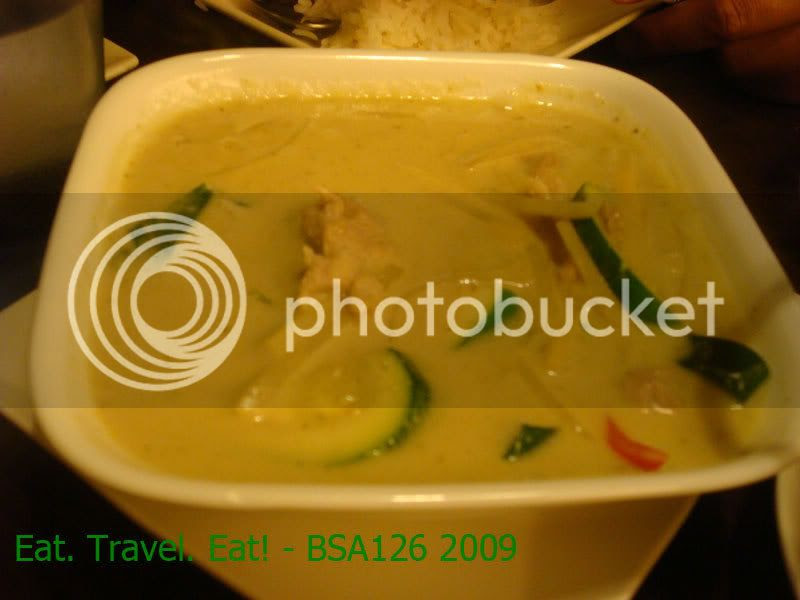 And last, but not least, was the green curry. It is always a must order, but we always never finish it, and last time we didn't order it. Well, this time we did order it, and we actually finished it! The curry was not as thick as last time, and you tasted the spices just a bit more. Bamboo was cut into long strips (which we never see), and were so thin and crisp. Yum! Cucumber, onions, and bell pepper rounded it out.

Somehow we have never found a restaurant that is similar to this place's green curry. Everywhere else we have tried green curry at, the curry is gristly (not in the pounded spices way), and it is oily on top. Here, it is creamy, and the spices add a mellow and great kick.

And our server, like usual, was friendly and kind, even if he is the main server and virtually does all the work (the second guy works at the back area (cooking???) and doesn't come up front unless the restaurant is really full). We'll be back soon.