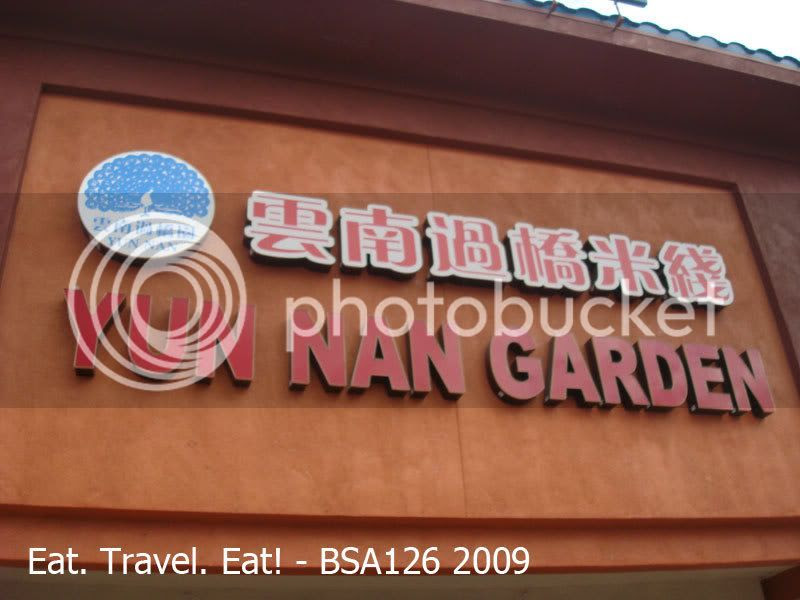 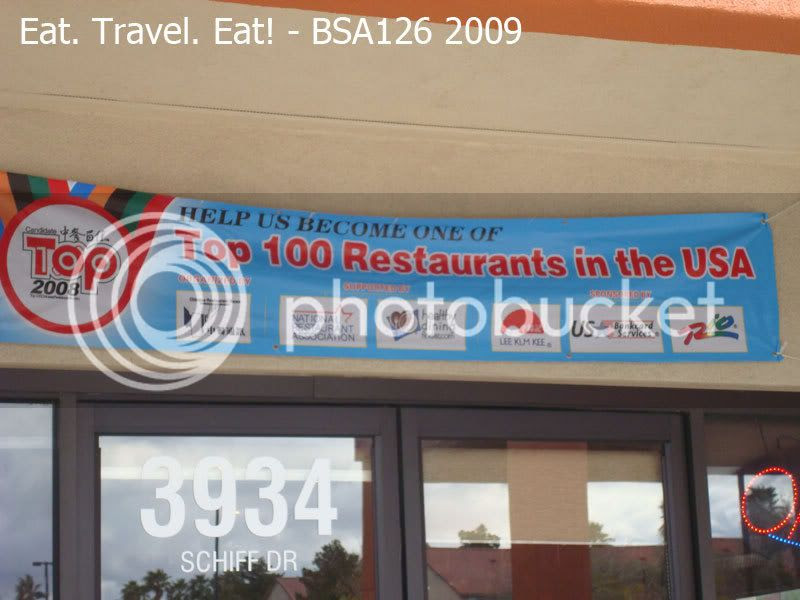 Last year (EARLY last year...), this place was an empty restaurant. There were only about 4 people inside. It was pretty quiet, and the servers served us happily with lots of attention. But look at it now. A nomination for top 100 restaurants in the US, as well as a TON of people. We were lucky this time, but after we left, there were people waiting!

We only discovered this place by accident, and we almost forgot how to find Yunnan Garden again this time. It's not in the "main" plaza, but all the way far in the back away from the street. Enter the wrong entry (there are many gates to this plaza), and you enter a loading zone. But for starters, it's the farthest gate. And you drive ALL the way back to the corner.

The food, in a short summary, is delicious. Last year, we LOVED the food and it stayed in our minds as it was great. The "Cross Bridge" noodle was the best we have ever tasted. But was it true? Was it really that good? After all, we were really really hungry that day from the drive to Las Vegas.

However, there is no doubt about this place- with a nomination of top 100 plus many locals dining here, you know this food will not only be delicious, but it will definitely be authentic. But ah ha, we did not catch that top 100 nomination until we left the restaurant!

Interior you say? Simple. Lots of beige and dark woods, but nothing that screams, " I want to be copy the restaurants in the hotels on the Las Vegas Strip!" Windows give in sunshine, and on this particular day it created some glare, but also created very good natural lighting. It is also clean and a little bit more upscale looking from the ultra cheap restaurants out in the US. There even is a counter that screams Chinese steam table, but alas, they don't put hot food on there. Just cold food, which tastes great. 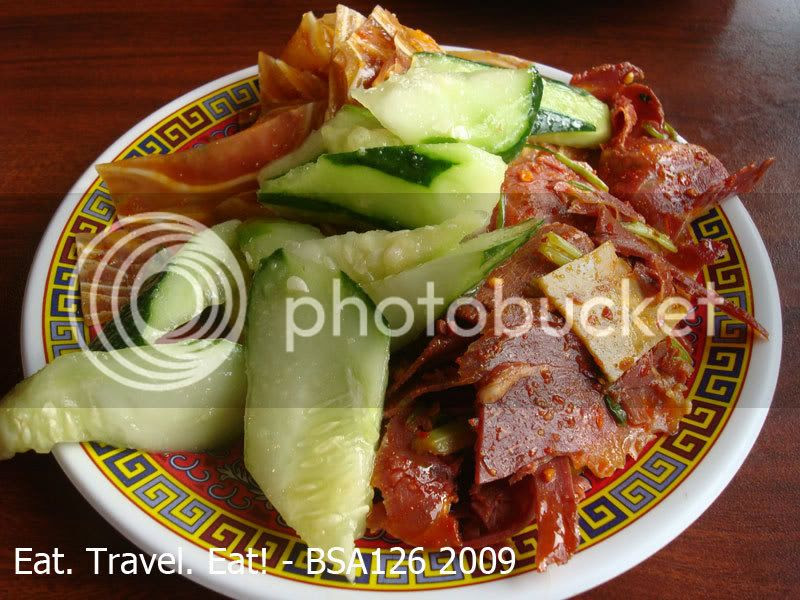 See? The cold plates look like this. The size is slightly bigger than a bread plate, which is kind of a small size, but they do pile it up high. That depends on the person filling it up though!
You actually choose what you want, and there are actually more than 15 selections to choose from. If I remember correctly a plate was about 4.50. Unfortunately, the take out menu didn't talk about it either :(.
These cucumbers were lightly flavored, with some sesame oil, garlic, and vinegar. The flavor wasn't strong, and you could certainly taste the cucumber flavor; it seemed more like that the added ingredients gave out the cucumber flavor more.
To the far left was some pig ear. Being the way that a Yunnan place is, they added hot chili oil to it, which obviously creates a tingling sensation. Pig ears alone were crisp, slightly chewy and gelatinous, and yummy.
And lastly to the right was some tounge. Also doused in hot chili oil, and pretty beefy at that. 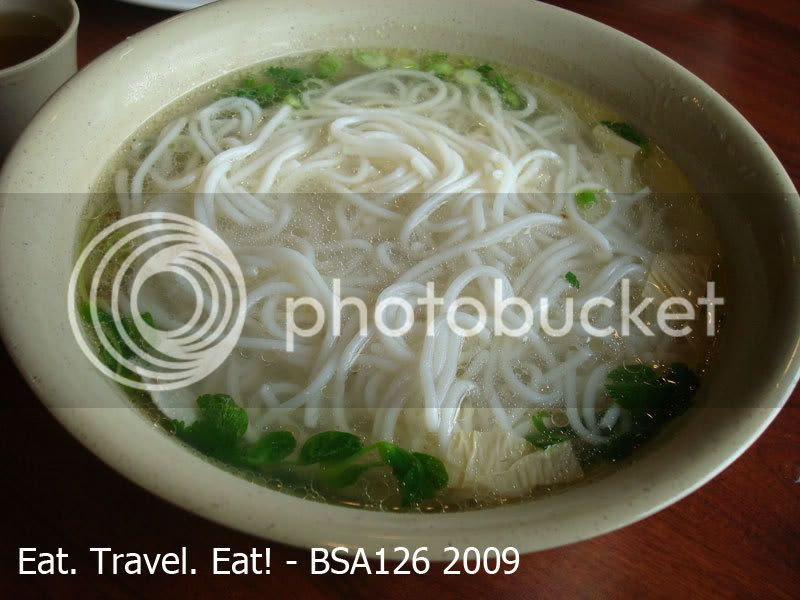 But don't you want to know about this dish above? That was the dish we came back for. They call it Yunnan Rice Noodle Soup, but in the direct translation it would be Yunnan Cross Bridge Rice Noodle Soup ( yun nan guo chao mi shen). There is a light chicken broth and the server then adds a plate which has things like bean curd sheets, chicken, and other things. I wanted to take a photo of that plate, but the waitress was working too fast. Apparently, they seemed to be a little unhappy; after all it was Christmas day and they were all wearing makeup and other things.

But what makes this dish really special and above all the rest? The flavors and the textures of the dish. Steam shows just how warm the dish is; on a cold day, this is what you want! A comforting bowl of noodle soup. And the noodles? Not just regular rice noodles. These are slippery, and slightly chewy. Typically I find all of the rice noodles I've eaten to be really snappy or have no chew to them at all. This though, had some bounce to it. Great noodles, great soup. What could you ask for for 7.25? It's big too. (But obviously costs more slightly as it is Vegas)

We also ordered the beef stewed noodle soup, which was almost the same as the "cross bridge" noodle, but in a smaller bowl, and also the only thing on top was some spicy stewed beef. Everything else was the same. As you ate it and swished the bowl around, the spicy beef would penetrate the soup with spiciness. But alas, this was not as spicy as the item below this photo! 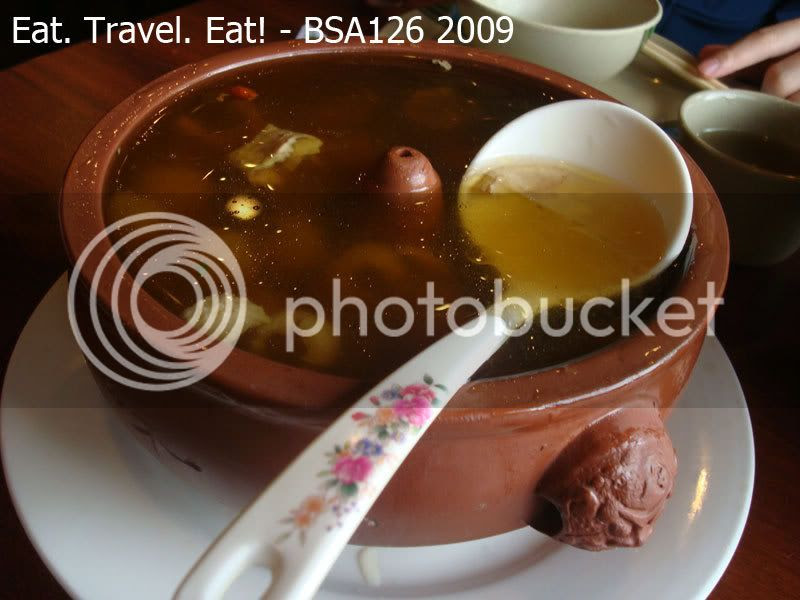 This was the Yunnan Style Steamed Chicken in Clay Pot, which was very flavorful and concentrated with lots of chicken and medicinal flavors. Things like goji berries were added too. I didn't try much of this...so no comment. 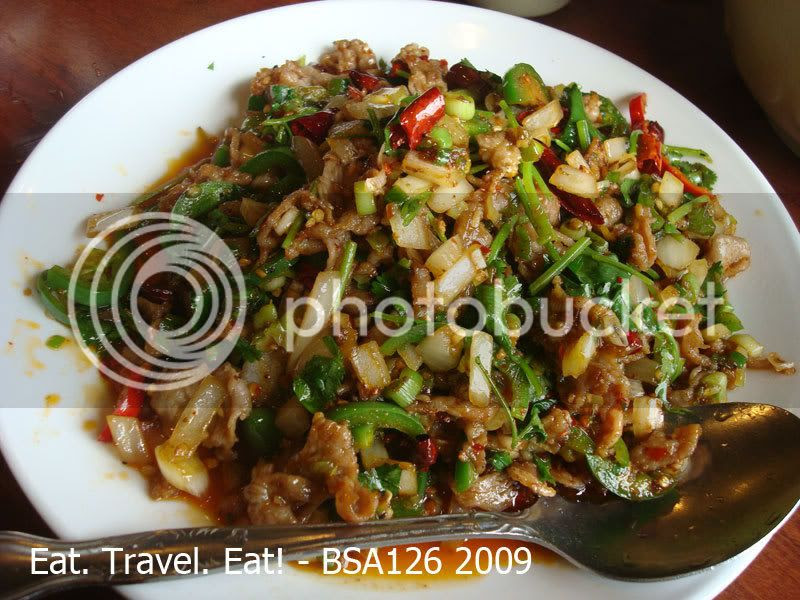 And the last dish was was cumin lamb for 9.95. People who LOVE spicy will love this. Tons of hot chili oil and peppers are loaded into this dish, but you can still taste the cumin. The lamb is tender and that "lamb" flavor is also there. It's amazing that the lamb and cumin can still stand out even with the chili next to it. And the diced onion is slightly sweet and crunchy, which adds some needed contrast.

What a great breakfast/lunch! (At least that was what it was for us) Flavorful, spicy, clean, crisp, crunchy...mmm. We'll be back, and remember- get a seat early, like around 11 or so.

shavedicesundays said…
Looks really good! Another one for us to try out next time we head out there.
January 26, 2009

EatTravelEat said…
Hope you enjoy it! If you are heading back to the strip, the drive offers a great view of some of the hotels too.
January 27, 2009

Jules @ Lovely Las Vegas said…
Still haven't been to Yunnan Garden! But with your rave review, I reallly need to visit.
August 11, 2009

EatTravelEat said…
Jules,
Certainly hope you do! I personally think it is the best (or one of the best) in Chinatown. When we looked at the other restaurants compared to this one, Yunnan Garden looked the fullest with customers and most delicious.
August 13, 2009