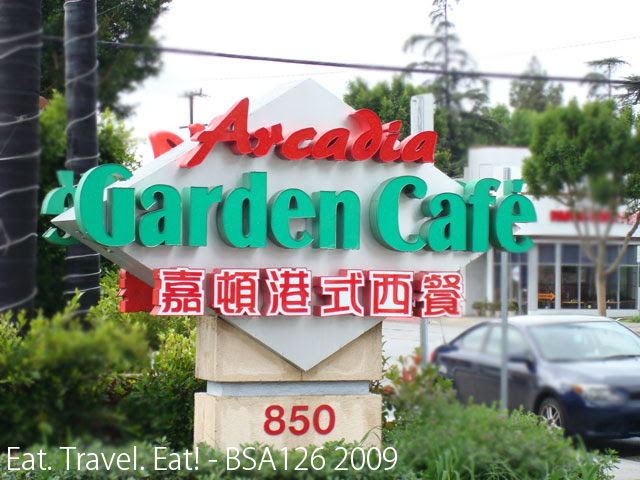 One of the better places to go out for breakfast/brunch in Arcadia is to go to Garden Cafe for their breakfast. It's a good deal as a early lunch, brunch, or just as a breakfast. And you don't just have Chinese choices here. You also have a wide variety of "western" dishes like pancakes, omelets, waffles, oatmeal, and more.

Many of the items are available as part of a "combo". We typically here order everything via combo. You typically will get 2 different food items plus a hot drink of tea, milk tea, or coffee. However, for cold drinks, there's an extra surcharge. 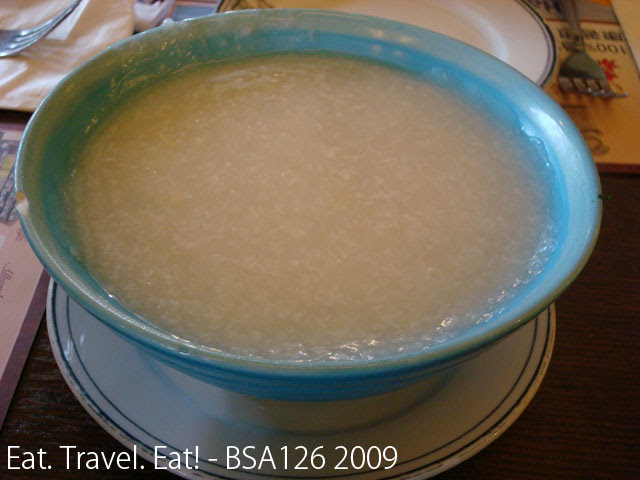 One of the "bases" for the Chinese portion of the combos is dried scallop porridge. With mini flecks of dry scallop which have been rehydrated, the flavor of the dried scallop is all over the place, but it isn't heavy- more of a light flavor. The rice is all broken down, and the porridge's texture is very smooth. 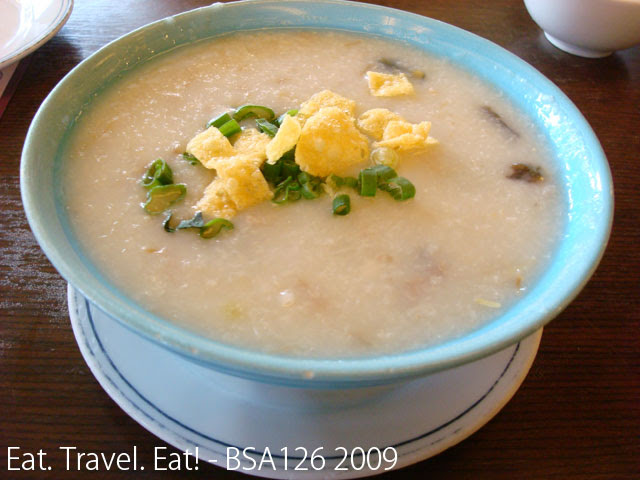 There's also another "base" for the Chinese Combos. You can get porridge that has lots of toppings and mix ins, but then your second selection will be a bit more basic (such as rice noodle rolls, compared to beef chow fun or other noodle dishes you could get with the dry scallop porridge). This here is the preserved thousand year old egg with meat porridge. There was plenty of the diced thousand year old egg, and it was very flavorful. Plus, there was some green onion and fried wonton skin which is always nice. 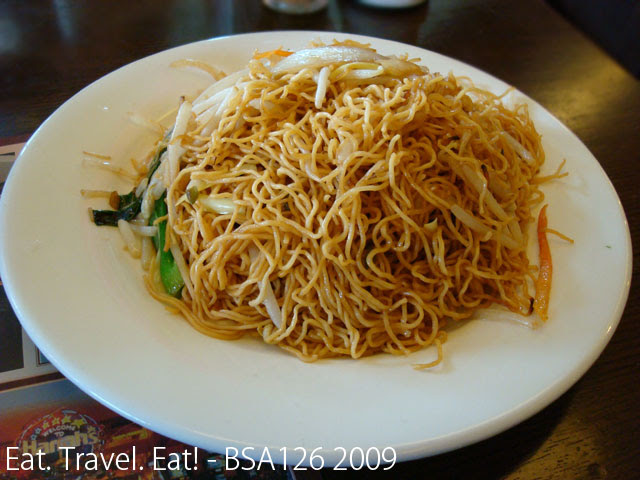 I chose the soy sauce chow mein to go along with the one thousand year old egg with meat porridge. There were plenty of noodles, and there was also plenty of green onion and bean sprouts, which added more flavor to the dish. 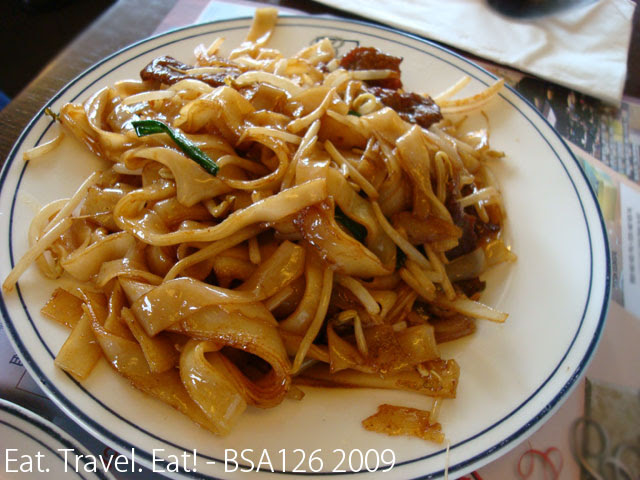 Beef Chow Fun, shown above, is a choice one can make when getting the dry scallop porridge. Again, plenty of meat and flat rice noodles. It was okay, but a bit oily and not very flavorful... 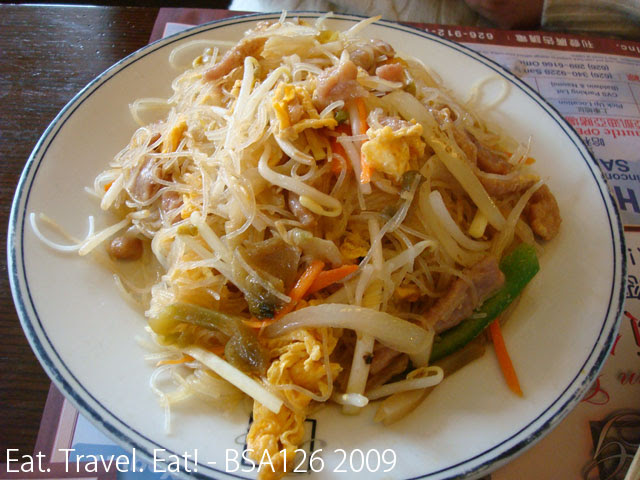 All in all, it's a very good deal if you don't feel like eating out at a breakfast joint or having some dim sum. After all, a 5-7 dollar meal (depending on which type of combo you choose- there are many other types of combos other than the porridge with noodle combo) would be fit for the $40 dollars a day show which seems to be dead now! Or a 30 dollars a day show. :)

dealinhoz said…
It's been a long time since my hs days where I'd frequent late night establishments like this. The food is always hit or miss, but somehow it's very comforting. I do like Garden Cafe for their fried chow mein and sometimes, they have these crazy specials – like lemongrass porkchops + drink + filet mignon + short ribs... all for $11.95. By no means a combo that will qualify them for Michelin ratings, but hey it's sustenance.
March 29, 2009

I usually get more hits than misses at Garden :). It is comforting when you get hot drinks and everything, especially on a cold day. Those crazy specials don't happen much here in Arcadia though! More of just a mix of two items now.
March 29, 2009