Since there was a question of trying egg tarts in Macau from food blogger Pleasure Palate, let's start off with the egg tart from Macau. After all...it's probably more interesting to read. 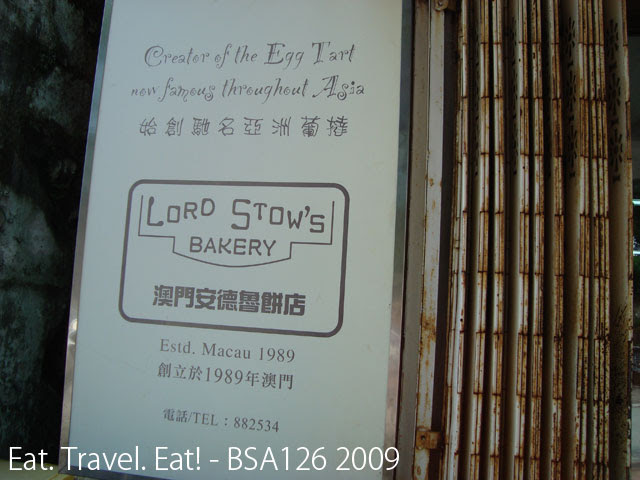 The place we visited? Lord Stow's bakery, which our local friend (who also brought us to Tai Lei Loi Kei) brought us here to visit. Since we were also in Coloane, which is a island of Macau, this place would be a perfect place to stop by.

As we entered, we were a bit amazed that there was the rusty door that you see in the photo, as they proclaim to be the "creator of the egg tart" (and at the time, we didn't know any background info as we came to Macau without any travel planning...which some people also think this would not be realistic. Well...we had our special reasons why. So...if this is true or not (some say no), we weren't sure at the time. What they said is what we believed.). Wouldn't they have revamped their store? Well, it looks like these places like to stay as is- they don't mind to be ultra clean and pretty looking in their store, or to be all spruced up and perfect outside. 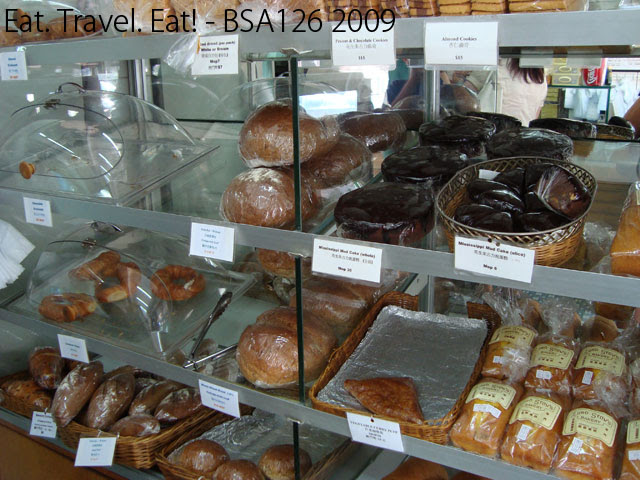 And as I was taking the photo above, our friend gave us our egg tarts. When I received my egg tart, I was amazed that there was no tin that came with it. In addition, I was shocked at how warm it was. Never before had I got an egg tart that was this warm right after receiving the egg tart! 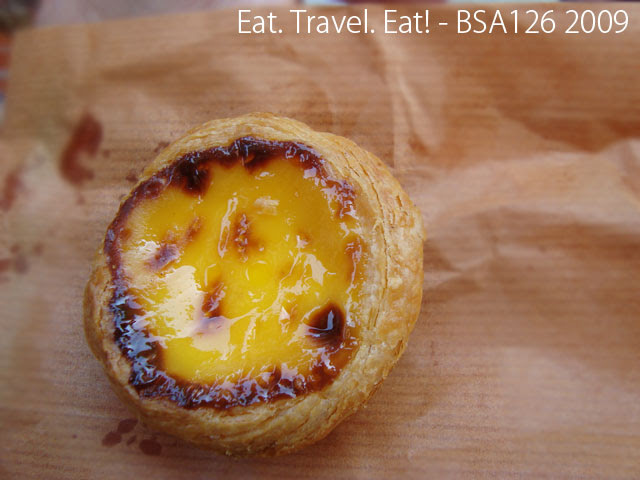 And as I was taking the photo, our friend gave us our egg tarts. When I received my egg tart, I was amazed that there was no tin that came with it. In addition, I was shocked at how warm it was. Never before had I got an egg tart that was this warm right after receiving the egg tart! 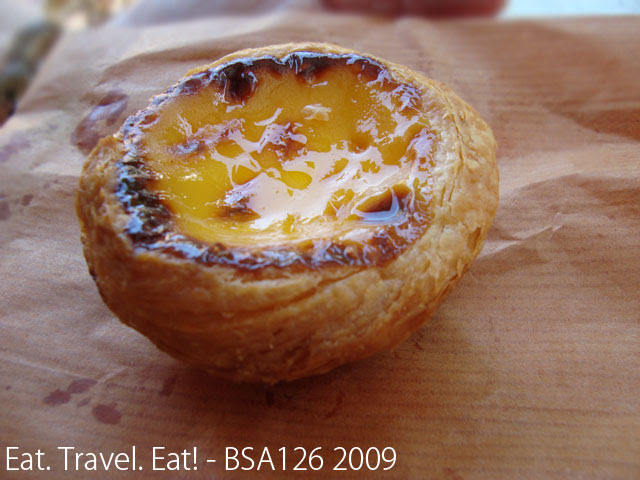 After I got after that warmness issue, I noticed the very yellow and very shiny and luminous custart on top, which was browned very nicely. To the side, I also noticed the very flaky and soft on the inside puff pastry.

And what do you do after taking photos? Eat of course! The warmess factor definitely something special (and although you can always rewarm a product, the product doesn't always come out as good as it was when it was fresh). The puff pastry was crisp on the outside, and had multitudinous layers of buttery goodness inside. The custard was sweet, eggy, ultra smooth, and piping hot. What more could you ask for? Really, really good. This beat all the egg tarts I've had before- dim sum doesn't even compare to this at all. 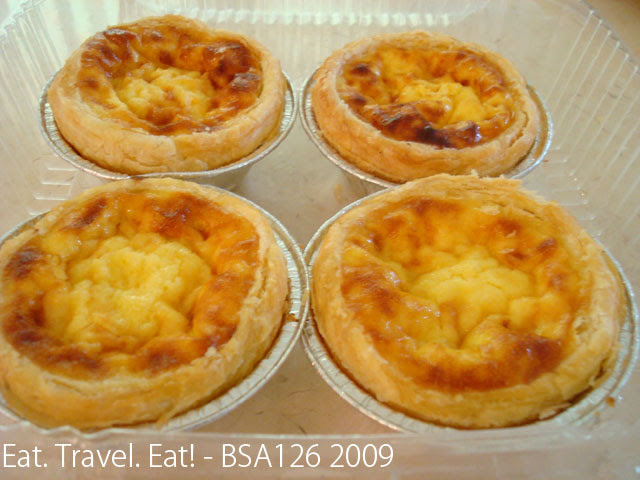 Zooming on forward, we are now back in the United States in California, where we recently got a pack of Portuguese Egg Tarts from our local 99 Ranch Market, which currently is selling them for 3 dollars for a pack of 4. They come cold- you either reheat them at home or eat it as is.

Can this compare at all to Lord Stow's egg tart from Macau? Maybe. Or it might fail substantially. 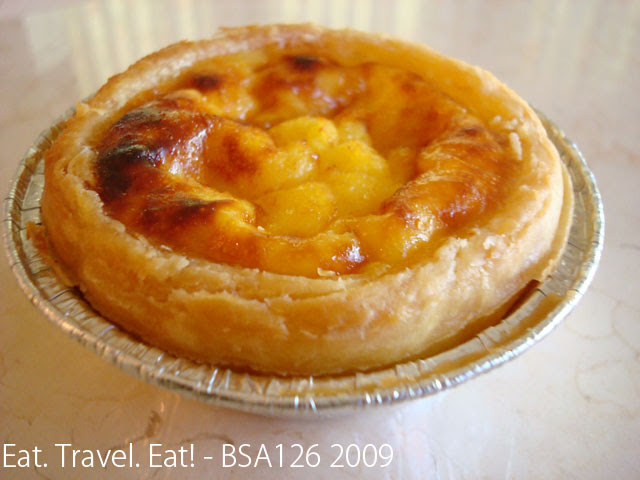 A quick rewarming of the product makes the egg tart look way more delicious from before. The puff pastry looks crisp on the outside, and the egg custard is browned on top.

Bite into the egg tart though, and it isn't as great as it looks. The puff pastry is crisp, but not really crisp, and the puff pastry feels a bit dry in some areas. The egg custard though, is very weird. It could easily separate from the puff pastry by itself, and it wasn't particularly eggy or sweet either. It was a bit blobby too, and not as smooth compared to Lord Stow's egg tarts.

And there you have it. A comparison of two seeming similar egg tarts.

dealinhoz said…
ETE, I assume you're cantonese. My mom is from Macau and god, I've been to that city a good 8 times. And I always smell these being freshly made on the streets – it's fab.

EatTravelEat said…
sakaigirl,
And they were :). Any egg tart that is freshly made though beats any that isn't.

EDBM,
You can say Asian American on that part :). Been only to Macau once though, even though that I've been to Hong Kong 8+ times.

I remember reading your post on Hong Kong when you wrote it. Good memories...
March 29, 2009

EatTravelEat said…
Wandering Chopsticks,
I haven't been to neither of the 2 recently. I've been to Macau Street before, but not Elite.
March 31, 2009