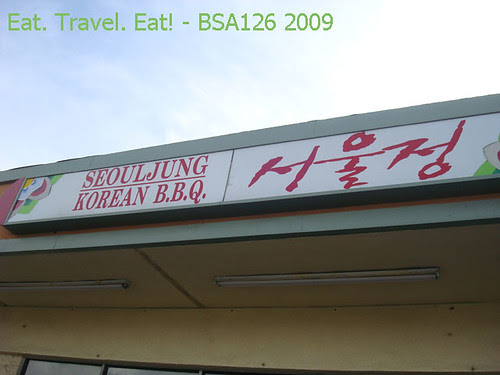 Tucked right in a strip mall with a giant CVS pharmacy, vietnamese restaurant, and a Radioshack right next door, not too many people actually visit this place. But some people do. It used to be a very popular place, being full. Memories from the restaurant are there. However, an ownership change happened, and well, customers seemed to have flocked away for now. At least for this visit, there were 3 tables with people. Out of more than 20 tables, that is. 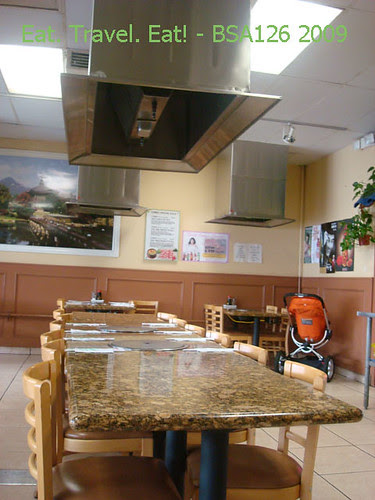 The interior has changed from its past. Each table now has a giant hood on top, with a grill beneath it. And, with the hoods, the restaurant naturally gets darker in some spots, like near the sides. 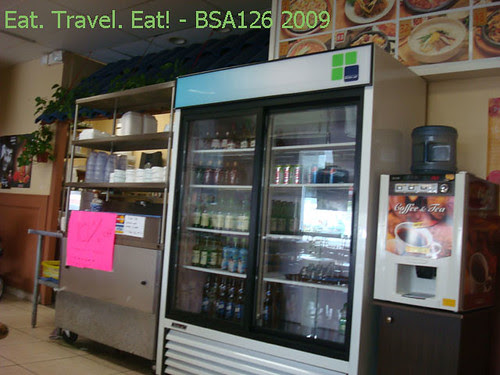 Most quirkiest thing ever? A coffee and tea machine, which sells beverages for a good price. If I remember correctly, it was about 50 cents or so. Not many restaurants have these machines. It's more common to see them at a yogurt place (Tutti Frutti) or car dealership (Rusnak). 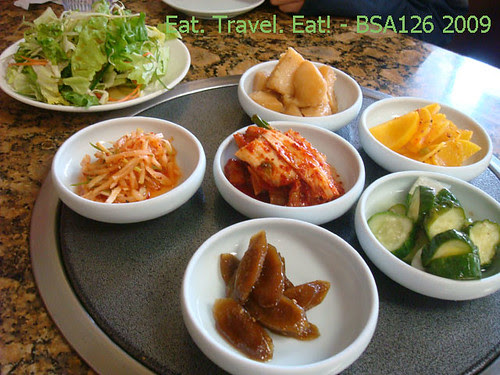 What are we here to talk about? The food, of course. And this course of banchan, or little dishes, doesn't disappoint for the most part. Nothing is still frozen, and there are some interesting small dishes. That brown thing in the front is actually gobo that has been marinated. Never seen that before! There's also a big palate of salad greens that have been lightly tossed with a vinegary dressing. Stewed potatoes are slightly sweet, and the pickled cucumbers are slightly tart and crisp. Mmm... and there is also some of the kimchi, which has appeared in every banchan we have eaten. 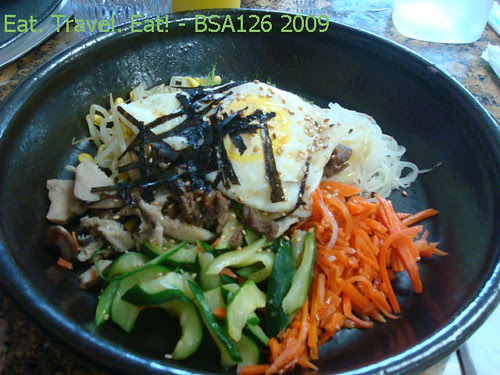 Bibimbap here is well, good. But, the meat is lacking. More meat please! But the dish at its current state looks visually pleasing. That's until... 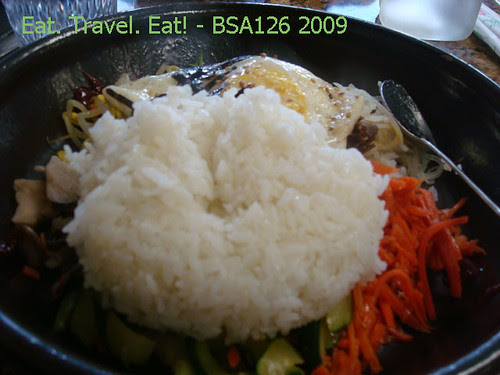 Plop! The server puts a mound of rice from the stainless steel bowl which is also commonly seen in Korean restaurants here. Unsure if I've eaten this before, she asks me if I know how to eat this dish. And of course, I know, and she directs me on what to do and put anyway. 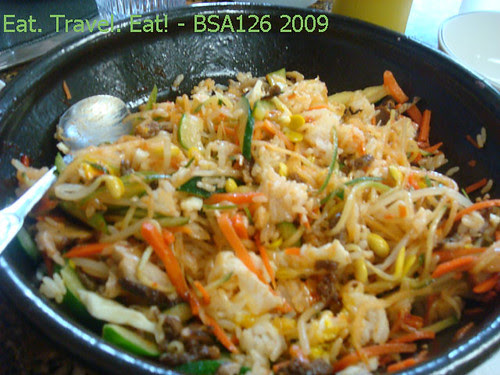 After a through mixing by yours truly along with some of the hot bean sauce, the bibimbap now looks like this. The meat tasted like Korean BBQ, and the fried egg had a raw yolk in the middle, which eventually got cooked by the warm rice and meat. Vegetables were all crisp and flavorful. And the rice was plump and always good. 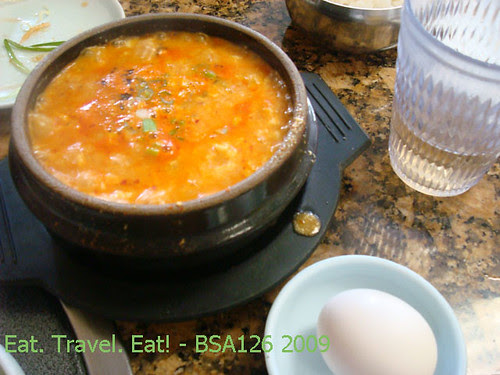 Another item ordered is the beef tofu pot and is served alongside with a raw in which goes into the bubbling pot. The tofu pot is good, but the tofu seems to be mashed up already. Big pieces of tofu aren't that visible, and the texture isn't so silky. They probably use some different tofu here compared to some other restaurants. 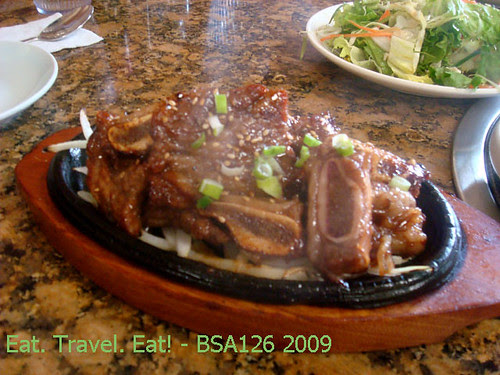 Galbi here is juicy and served on top of some onion on a sizzling stone pan. This was fairly juicy, and fatty too, and very flavorful. Great with rice, as always.

Overall, a pretty good experience. And, friends that I know also eat here, and they are Korean. So, can we assume this is pretty good? I think so.

-These items were from the lunch menu and not the dinner menu. They also offer all you can eat, which utilizes the grill on the table.

foodbin said…
i like banchan that are offered in Korean restaurant-appetizing,cute dainty dishes!
March 03, 2009

EatTravelEat said…
foodbin,
Those dishes are very cute and very petite. Rarely see them in a grocery store here too...wonder where they get them from!

Selba said…
Yay! Korean food! Have been craving for it for months... and still haven't gotten the chance to eat any.... so I think I'll let my eyes feasting in here :D
March 03, 2009

noobcook said…
I love korean food but I still haven't found a nice korean eatery in S'pore. Btw, which country are you based in? So nice to travel so widely and sample all the different cuisine :)
March 05, 2009

It is nice to travel and sample all the different cuisines. Everytime there is something very interesting! I should post more international posts soon. Have a giant backlog which I never thought of posting before but now I have this blog I have the capability now to do so!
March 05, 2009