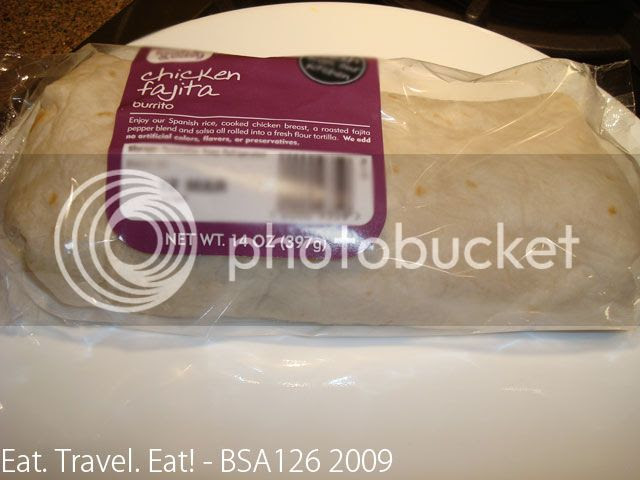 Coming in all sorts of different versions is the lineup of Fresh and Easy Burritos. A few weeks ago they were offering them for 2 dollars each, which is well, a very good deal. They range from 10 to 16 ounces, and are very filling with lots and lots of carbohydrates. Mmm...

Now though they are back to regular pricing, which is around 3 to 4 dollars per burrito. I guess that explains why I haven't tried any burritos after the price went up. For the time being though, it was a great deal. Many people who I saw actually were eating Fresh and Easy burritos for lunch! That doesn't happen too often...

As for the size, the photo on top shows that the burrito is just as big as a regular full sized dinner plate. Pretty big, if you ask me. Almost as big as a Chipotle burrito when they fill it up fully! 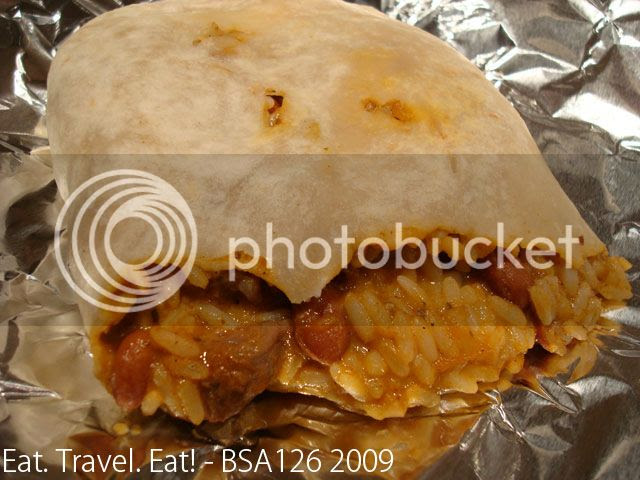 I've tried three different kinds of burritos that Fresh and Easy has, and the one on top is the carne asada burrito, which has chunks of meat, lots of rice, beans, a bit of cheese, and a chili sauce which binds everything together. A flour tortilla wraps the filling up.

As for the flavor and ingredients, they were all pretty good. The rice was tender and not too soft or too hard, and the sauce was just enough to bind everything together. There wasn't a overload of cheese either. It was a bit spicy too- more on the mild range though. 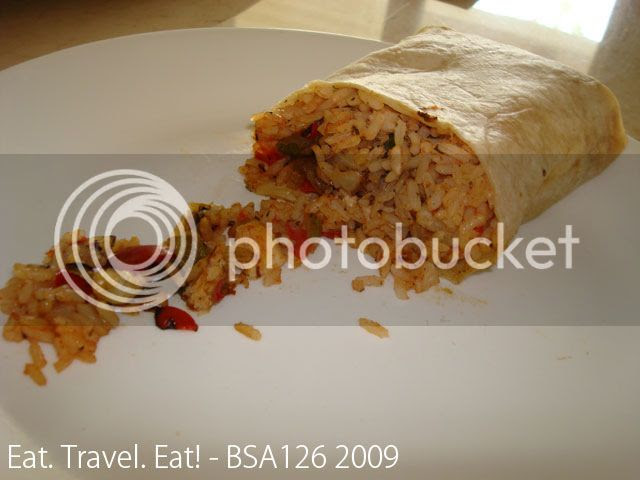 Above is half of a chicken fajita burrito, which had spanish rice, a fajita pepper blend, and chicken breast. I would say this was pretty spicy for my taste buds. The spicy feeling was lingering in my mouth even after 10 minutes eating this burrito! Ingredients, as like the carne asada burrito, were fresh and of high quality. 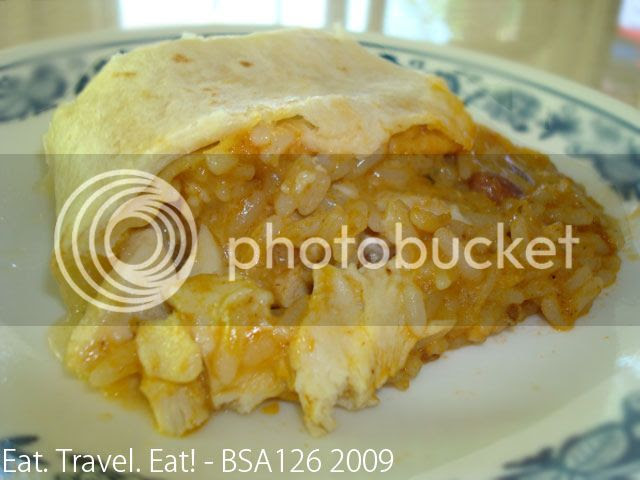 And last but not least is the roasted chicken burrito, which is pretty much the same thing as the carne asada burrito but with a different meat. There was slightly more cheese in this burrito compared to the others but it was still pretty good. Plus, the chicken was tender and not dry. Good job, Fresh and Easy!

I'll be getting these again when they go down on price (hopefully :) )

Jules @ Lovely Las Vegas said…
Looks delicious! I need to try those burritos. Fresh and Easy does have some wonderful eats, both fresh for preparing or ready to eat.
April 02, 2009

Passionate Eater said…
That is an incredible deal! I wish they had Fresh and Easy stores around me. My mom lives within walking distance of two Fresh and Easy stores, and I am always amazed at the quality of food that she buys there. I will tell her about these burritos. She likes Chipotle, so I am sure that these substantial burritos would be a great fit for her pocketbook and stomach!
April 03, 2009

EatTravelEat said…
Selba,
Well...there is one more burrito photo I have in my queue for upload :) to whet your appetite.

Jules,
They're pretty good! Remember to eat them warm though, or else the rice is kind of hard. Microwaving does good wonders actually with this product. The bottom of the burrito, for me, never got soggy after microwaving, which is kind of unusual for our microwave.

Passionate Eater,
2 dollars for a big burrito like this was amazing. Now though it ranges from 2.99 to 3.99 which is still a ok deal. I am still amazed how long these keep! Leave it out for 2 days, and eat it, and it still feels very fresh tasting.