April 08, 2009
Wynn's Buffet is full, packed, and out of the door. It's the biggest line we've ever seen. It's a line that snakes out even from the already big designated waiting area for the buffet. This type of l line would require almost a 2 hour wait.

What else can one do? Leave of course, and go to another hotel and try.

Suggestions come out. The best buffets probably would all be packed. After all, Wynn was packed! Bellagio would be packed too. And the same would probably happen for all the other buffets that were in the limelight.

Suggestion suggestion. Ah, someone remembers eating at the Riviera many years ago and liked it. Alright. Let's go and see then.

We park in the parking garage, and go find the buffet. It's not a far walk away, and when you enter it is decidedly old. You pay at the counter, and then you go up an escalator and what you see is well, lots of beige colors. It kind of looks like a cafeteria too in some ways. 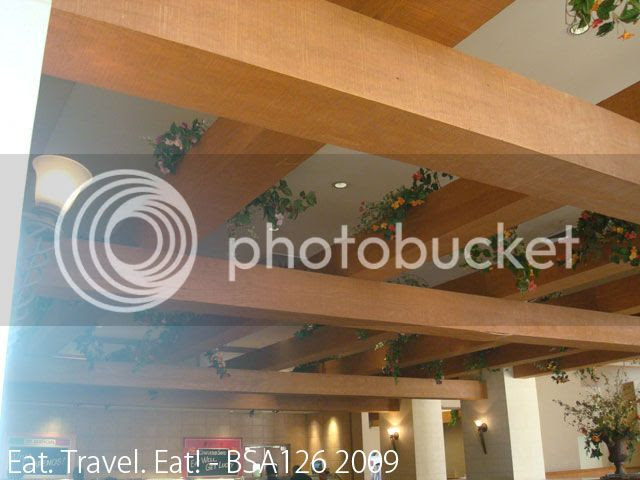 Yes, the design theme is a bit old, but it's also a bit relaxing. After all, it's not everyday where you get to sit under a special wood ceiling which kind of makes you feel you are eating outside. Plus, there's ton of sunlight flowing in. Not many hotels have sunlight in their buffets anymore. 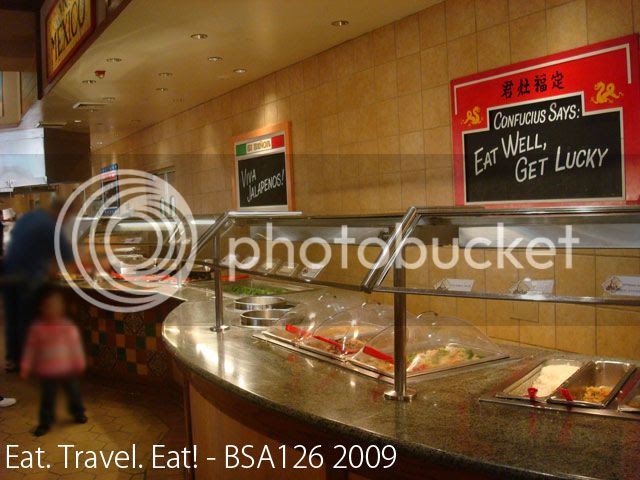 There's five special sections in the buffet, with different choices for each. Since it's the day after Christmas, they seem to have done a mish mash of both breakfast and lunch choices. You'll find shrimp cocktail placed near pancakes. Hmm....a very interesting combo. Many items are there, including sweet and sour sauce with pineapples (to put on pieces of fried chicken), peel and eat shrimp (which aren't as good as the Mirage and are pretty much flavorless), clam chowder (pretty good, but it seems like it is massed produced! Lots of really mini cubes of potato), mashed potatoes, noodles, and more. 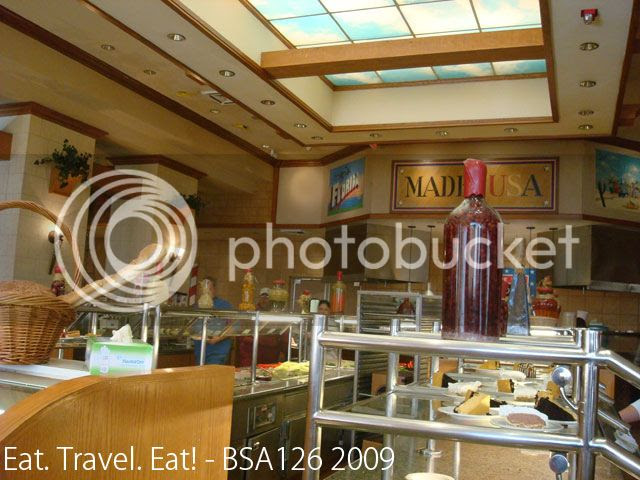 The center portion of the buffet seems to be offering cold items. And today, it also offers salads, breakfast pastries, desserts, bagels, fruit, donuts, and more. Also, in the front counter are wet antibacterial hand wipes which is yet another thing that is disappearing from many hotels in Las Vegas.

There's also a soft serve ice cream machine. And so, I made a nice swirled cone with a nice top to eat. And it was good- not icy, and not ultra rich either. Mmm... 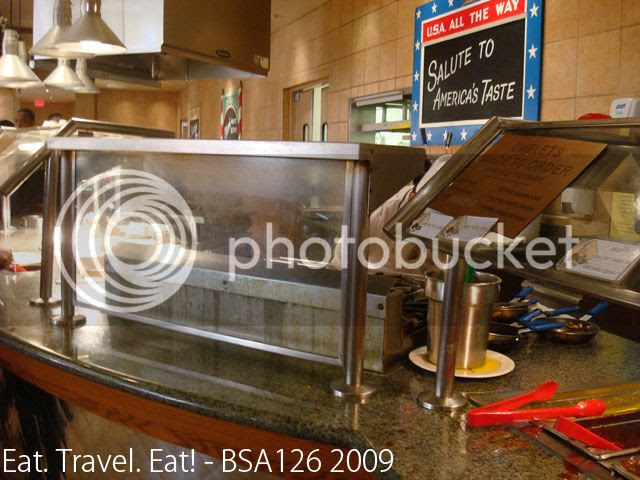 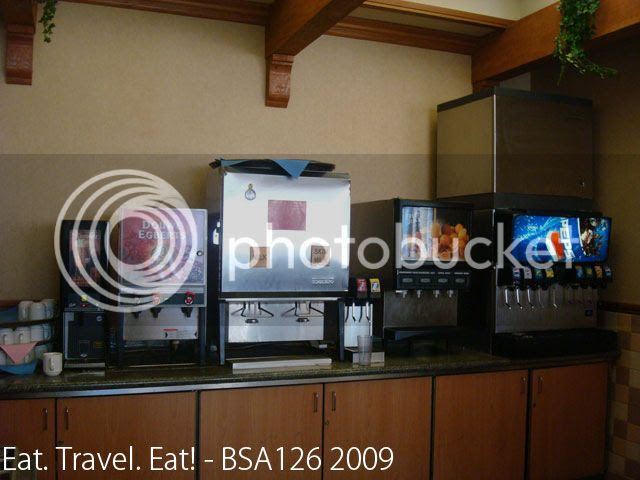 Far away, near the entrance escalator, is a drinks station that really screams cafeteria. The ladies who work at the buffet do drink orders from here, but you can also get drinks by yourself. After all, the ladies don't really want to work. When we were finishing with our brunch, they were just talking about when lunch would end. Boring job? Probably to them.


Pretty much an OK buffet for those who don't wan't to splurge. But, a few more dollars and you could get yourself a much better meal at places like the Mirage's Cravings Buffet. This cost about 13 dollars per person, which isn't cheap for the quality. However, if you have their player's card you get a nice discount.