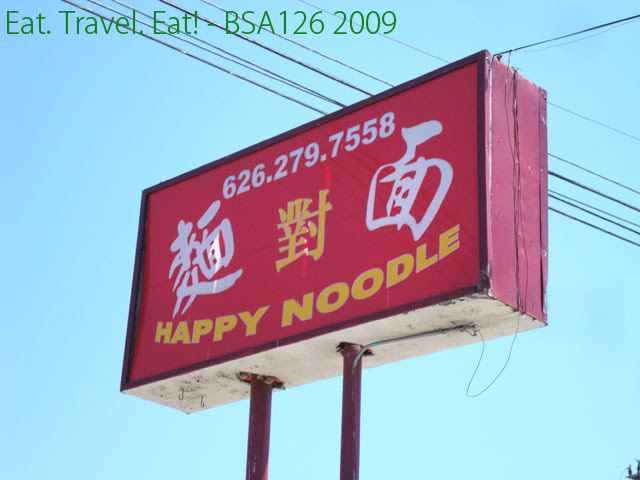 I would say this was a accidental visit. Why?

Well, to start out, I had recently read a not so great review on this place from Eileen's blog (Eileen Likes To Eat). And then I noticed it on TV too, as well as radio. It didn't look like it would be really good.

But, one of our friends had noticed this place and had wanted to go for months. And so, when we arrived, I was surprised. Wasn't this the place that was negatively reviewed on Eileen Likes To Eat?

Yes it was. Hmm... (random nervous thoughts go into head) 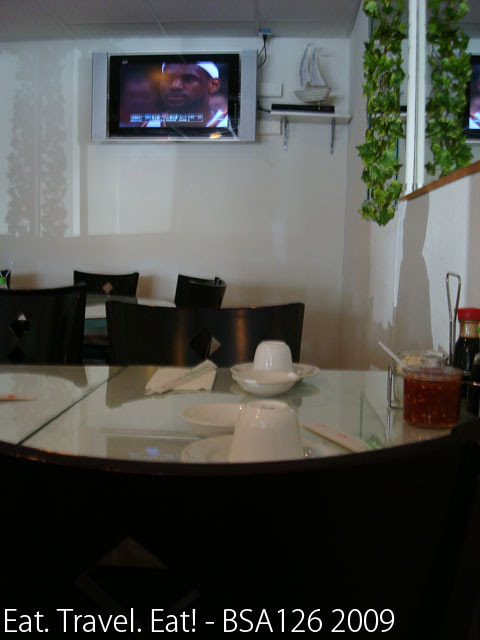 We entered and well, thought the interior seemed a bit dark. No lights on really. All that came in was sunlight. In addition, the interior was HOT. No air conditioning. This would later not help with the eating and hot food coming up.

This definitely looked like it was a family owned restaurant. There was a boy who was watching the TV, and the mother who was working behind the counter would watch him and at times tell him to not watch TV as the customers needed the table he was sitting at.

After looking at the menu, we decided to order, and while ordering we asked many questions on what were their specialties. Some replies included the beef pancake wrap, dumplings, and their noodles.

And while waiting, we looked at the condiments. Garlic cloves which had not been skinned yet were in a jar. We took some to experiment with the food that would be coming up. What came first was a noodle soup called "He Le Mian", which we were very disappointed in. The highlight of the dish should be the noodles right? No. It was instead their own homemade luncheon meat which was beefy and cut into very thin pieces. The noodles were not homemade; instead they were udon noodles! Why is this? I do not know. At least they had a good chew.

The broth had a slight tang and was lightly beefy. Other than the luncheon meat and the noodles, there were also diced carrot, cilantro, enoki mushroom, and strips of egg. 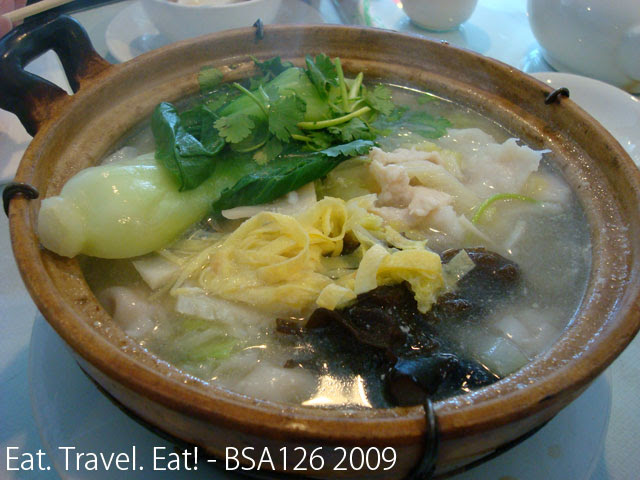 What came next was a giant pot which was filled with a great tasting broth and wontons! There were many wontons, and they had a meat and shrimp filling. They definitely didn't skimp on ingredients here. They also added some seafood to the broth like fish pieces, and added vegetables like bok choy and napa cabbage. This was probably the best dish of the visit. 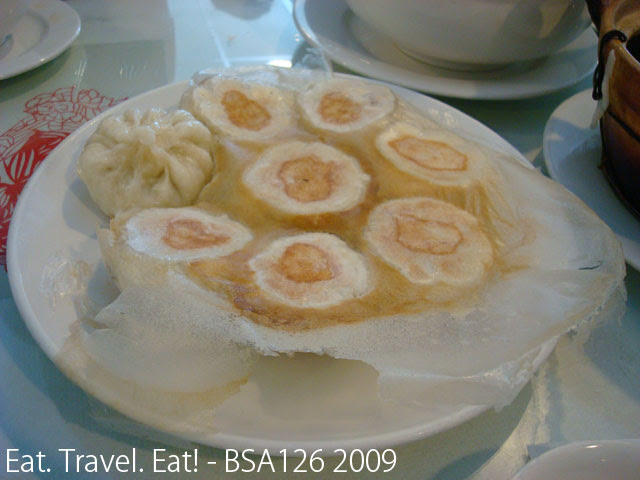 One is flipped on purpose for you to see the bao.
We also ordered a plate of their pan fried bao which came in the "three specialties" variety. Looking at the plate, it sure didn't look like the bao would be crispy or be as good as our favorite but now closed Noodle House in Arcadia. 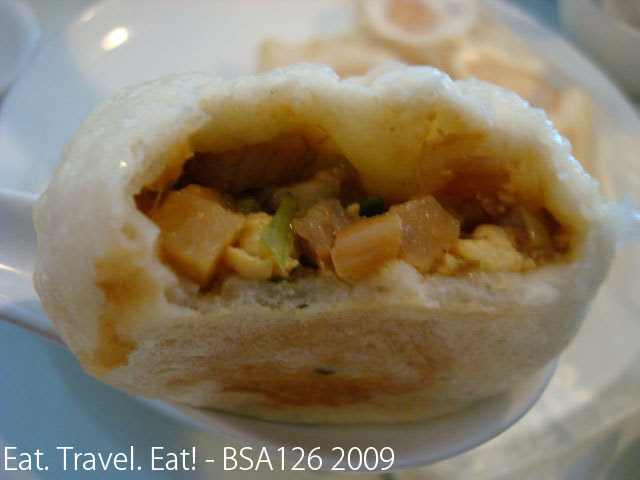 The interior of the bao didn't have a ton of filling, and it was mainly all veggie. Nothing really special! The bread itself was chewy, but it didn't have a crispy bottom. 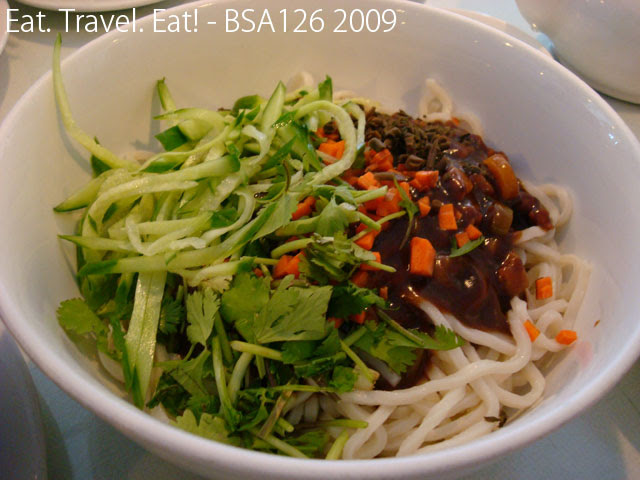 Lastly came a bowl of Zha Jiang Mian, or noodles with brown sauce. These were pretty good, and the noodles were chewy and looked like they were fresh noodle and not some frozen or dry ones. There wasn't a lot of meat in this, and the sauce for me had some flavor but not a whole lot.

Overall? It was an okay experience. Nothing though made this place feel like a good place to come back to eat at again and again. What they called their specialties were not really good at all. Our friend was disappointed after hearing all about the hype on this place.

Unknown said…
i am liking the giant pot of wontons, and i LOVE the name of the shop ehehehe so creative!
May 06, 2009

I think the place is Mainland China and probably somewhere in Northern China.
May 08, 2009