July 16, 2009
We don't eat in the Orange County often, and don't go there too often. We find our own area's food is better when talking about Chinese food, and plus it is more affordable. But, we were in Irvine and planned to eat for dinner there due to some issues at Irvine. First choice was Brodard- so many good reviews! But we would be driving extra- we were at UCI and had to go back after dinner too. So, since we already wanted to visit Zion market along the way from UCI (which was a great experience anyway- tons of good food at affordable prices), we decided to eat at a place called China Garden.

That ended up not to be, as this blog post's title isn't about China Garden! Instead, we ate at A&J, which was not full with people. China Garden was filled with people and there was no space for us. Waiting would take another 30 minutes. We didn't have the time. 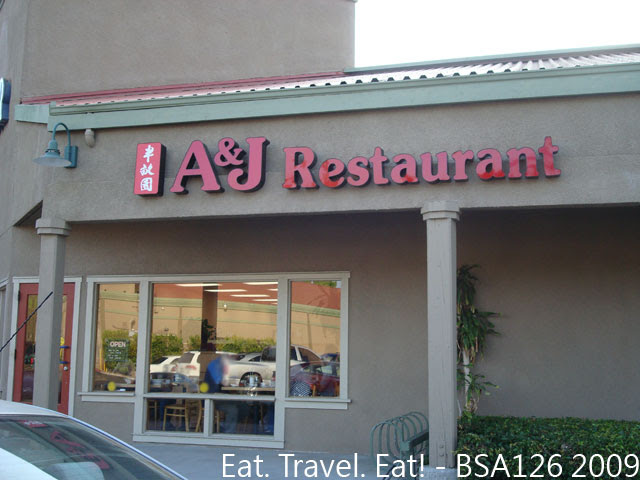 A&J has been talked about with our friends to be pretty positive. So, we hoped it would be too for us. Hopefully! 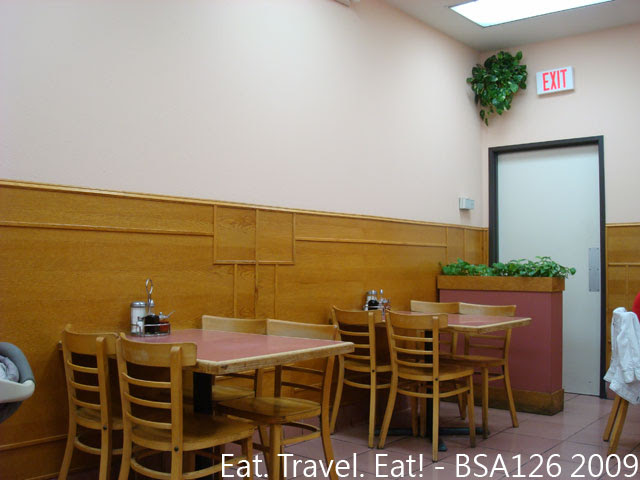 And so we settled down in our seats, and the menu was just a long piece of paper, all written in Chinese. Like some other restaurants, a tick with a pencil signaled what you planned on ordering. After some asking of what was good and ordering food that we like to order at noodle places, the food started coming. 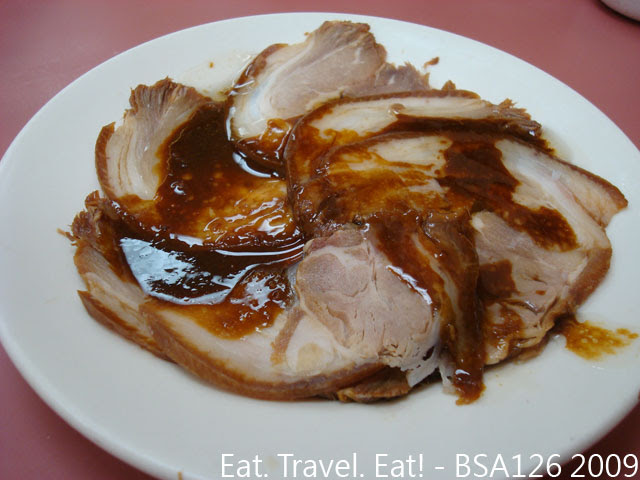 First came a small plate of chilled pork and brown sauce which we had asked about during ordering . What came out was smaller than what we expected and a bit disappointing. Basically it was just boiled pork that was chilled down and then the only big flavor was the sauce and a light hint of the pork flavor. We make this at home a lot(but not chilled), so this wasn't anything impressive or really good. 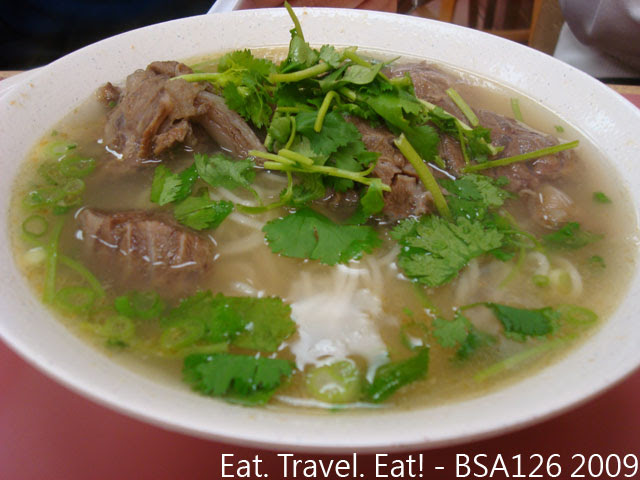 Two noodle soups arrived next. This was the clear beef noodle soup which again was another disappointment. My dining companion said the noodles were just like ramen noodles (and not in a good way). The soup was very bland and the beef was just okay. It certainly didn't compare at all to what we make at home, or places like Young Dong Garden which have very flavorful clear beef soups. Also, the portion was small. It was smaller than places like Mandarin Noodle Deli, but it was not as small as Green Island's noodle soups. 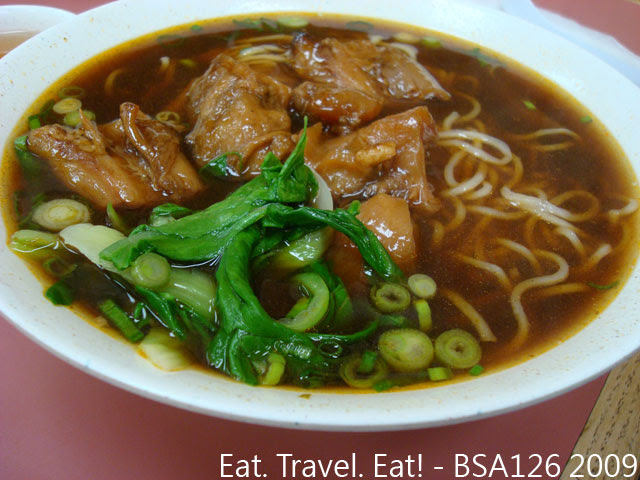 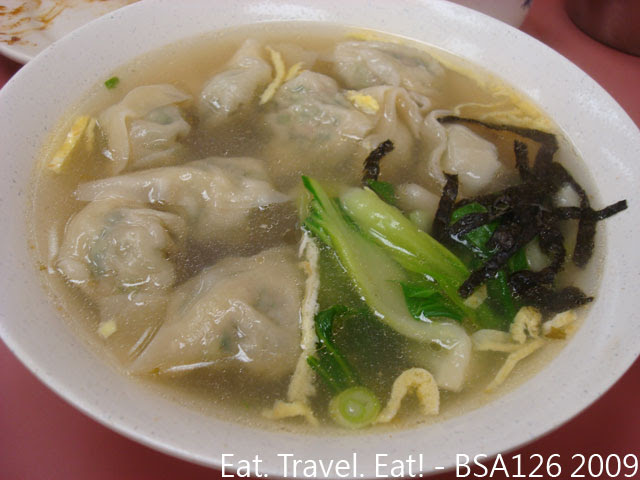 We also ordered a bowl of wontons which had plenty of wontons. The soup was the same as the clear beef noodle soup, so we ended up not drinking much of the soup. Wontons though were filling, but nothing special. It filled us more than the noodle soups, and plus it cost less at 5.95. 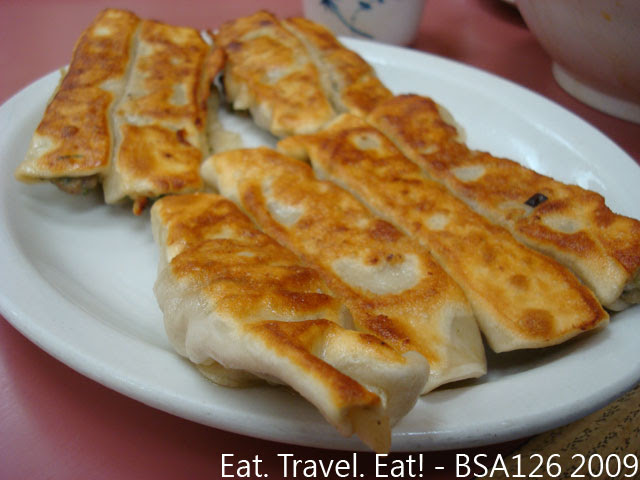 Another dish we ordered was the potstickers (5.95USD). These had a thick skin and unfortunately were overcooked to the point that the binding of the skin broke. Again, they were filling, but nothing special. The bottom of the potstickers were not crispy too. 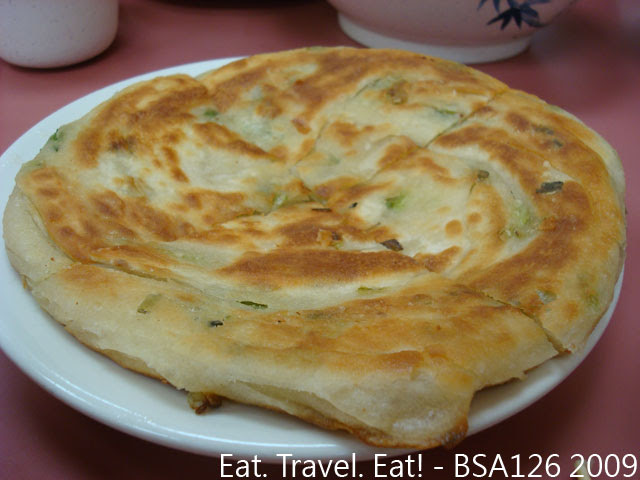 The last two dishes that arrived were both major disappointments. This green onion pancake (3.25 USD) was very thick, small, and was not flavorful enough. There were the multiple layers but it felt a bit dry, with too little green onions. More oil anybody? This one didn't have enough to keep it moist. 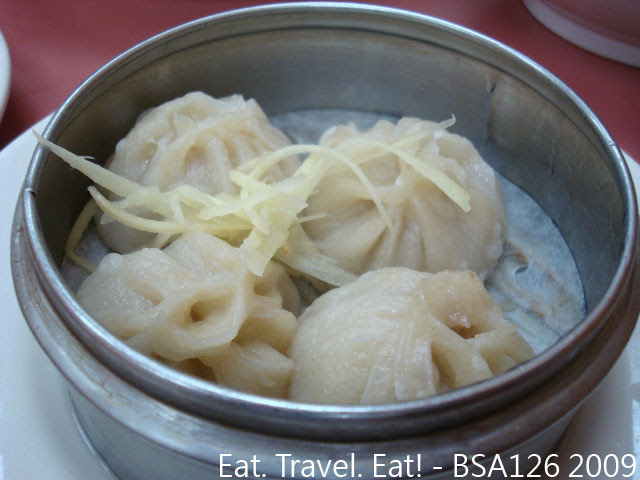 A set of 4 Xiao Long Bao (2.50 USD) arrived last. I was hoping for it be be at lest average good but this was more like frozen food quality- probably worse. The skin was ultra thick like our local Dumpling House, and there was barely any soup from the dumplings. Filling was okay- at least it didn't have any off flavors.

In short, A&J was nothing special. It was a bit pricey for our liking (after all, the SGV equivalent would cost less), but this was after all Orange County. Next time we'll go to either China Garden or Brodard and stick with our choice!

elmomonster said…
I'm not too fond of A&J either. The last meal I had there wasn't memorable. What was memorable were those XLBs...but memorable for the wrongs reasons. They tasted like they were microwaved from frozen.
July 16, 2009

EatTravelEat said…
elmomonster,
I remember the comment you wrote about A&J a few months ago. We won't be going back! Need to visit some of the good OC restaurants and stick to our game plan instead of picking a random restaurant. And also read your blog for some good recommendations before hand and also when we arrive at the OC.

My Taste Heaven,
Thanks :). But I think you will fin the other restaurants in my favorites list to be more yummy and more successful in making you hungry!

KirkK,
I wonder how they continue to get customers with so many people not being too happy with them!
July 18, 2009

Anonymous said…
"We don't eat in the Orange County often, and don't go there too often. We find our own area's food is better, especially when talking about Chinese food."

EatTravelEat said…
Anonymous,
Aww...thanks for the invite! I have to go anyway every week for a pickup. I've actually had some good meals in the OC, like at the Clubhouse. That was an intriguing meal.

SinoSoul,
Isn't it weird that the food is so-so? Service was just okay too. I don't see why they are still in business, especially with better choices to chose from in both Irvine and here in the SGV.
July 20, 2009

tigerfish said…
I remember dining at an A&J in Northern California too! Serving almost the same food!
July 24, 2009

EatTravelEat said…
tigerfish,
A&J must be a big chain of restaurants then in California! So many different locations.
July 26, 2009