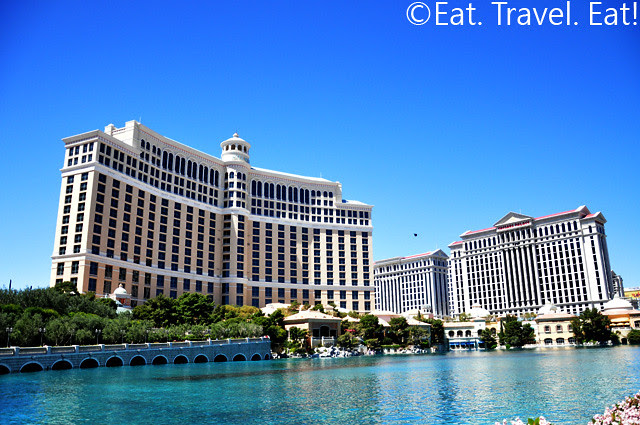 After the buffet, we checked out and went to Caesars. Before we did, I snapped a photo of Bellagio for the Bellagio posts, but this was the first shot which would be nice but there would be not enough emphasis for the Bellagio. So here it is. And you can see the new tower at Caesars right nest to the Bellagio's wing. 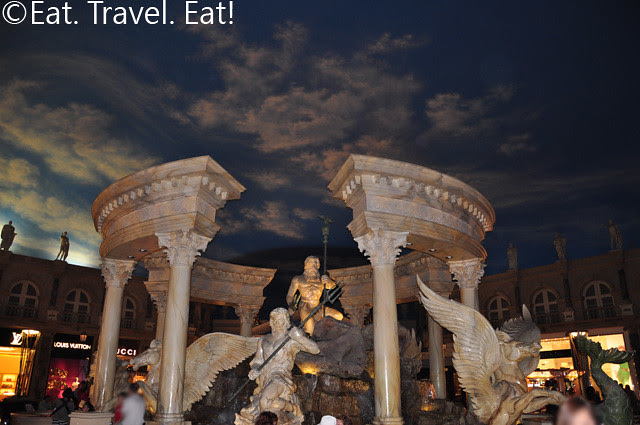 I've been to the Caesars Forum Shops many, many times, but this was the first time we actually parked at Caesars. Like the Bellagio, it was busy with many cars parked in the structure. Inside, I decided to be a tourist to take pictures of something I've been in probably 20+ times already. 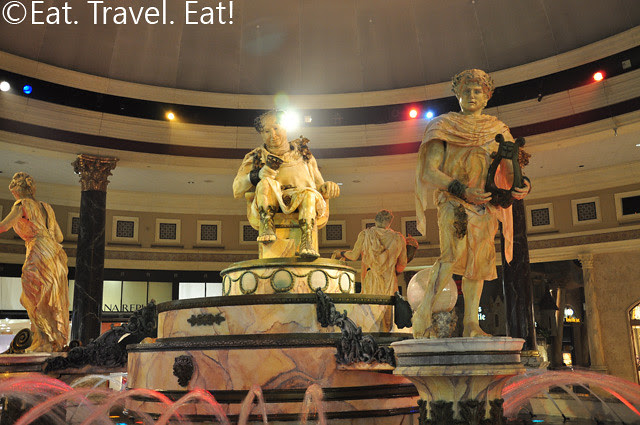 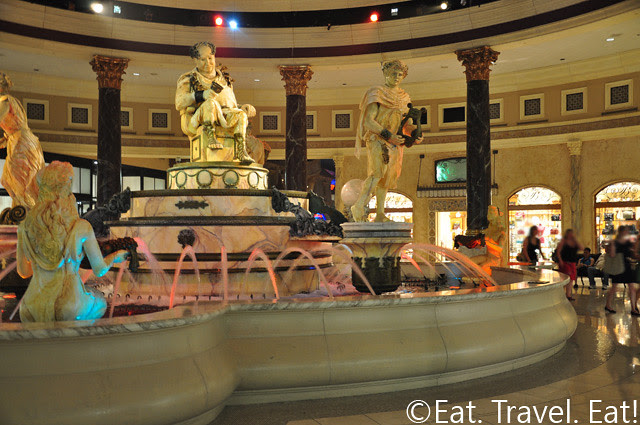 Another place in the Forum Shops, another set of photos. I thought the first one was so-so and took another one, but the first one is more detailed, with the sculptures being more on target. 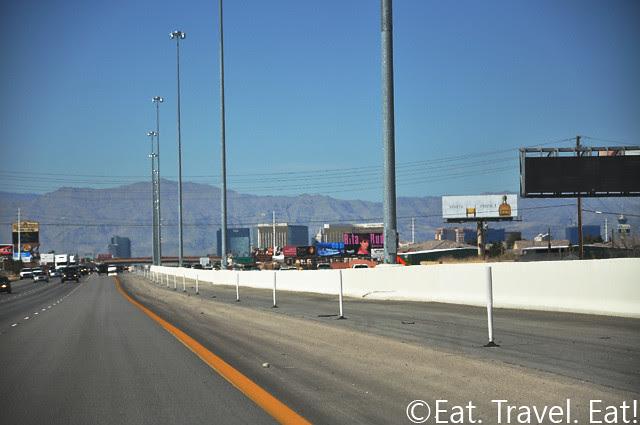 Soon enough, we left Las Vegas from Caesars. Probably one of the earliest departures from Las Vegas ever, but oh well.

The drive was a good one, and fortunately it wasn't very fuzzy, so pictures from the car were not quite bad. 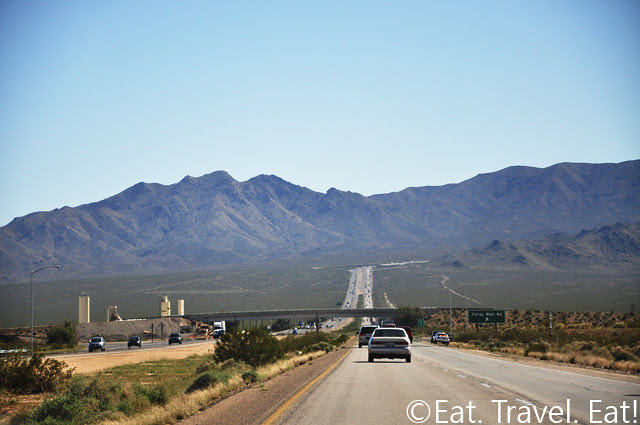 Remember the photo I took of a downhill I-15? Well, here's the same area going in an opposite direction. The drive was made even better with some satellite radio which coincidentally was playing the same piano piece I was playing at the time. Yay! Great to hear a professional pianist play the same song as me. :) 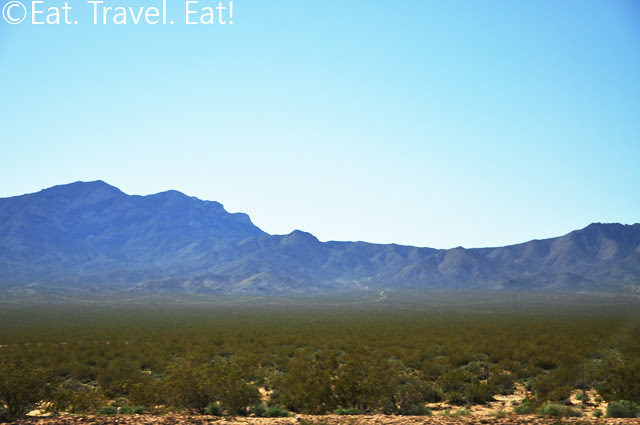 To the sides of the freeway, there were lush greenery flowing across to purple tinted mountains. Aha, mountains can look purple from afar! 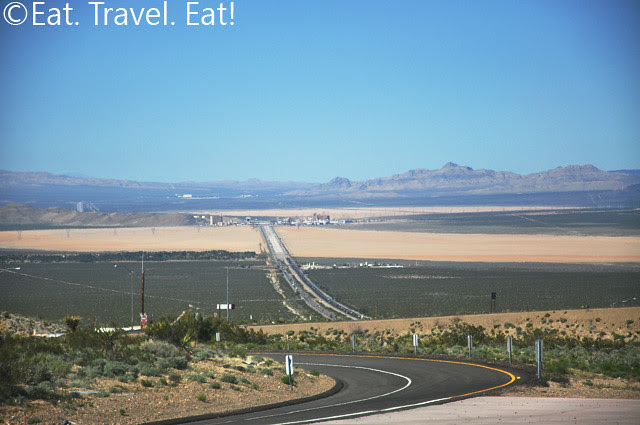 Up the curve you saw in the previous I-15 photo, it was time to see how far we had gone. Quite a distance, no? 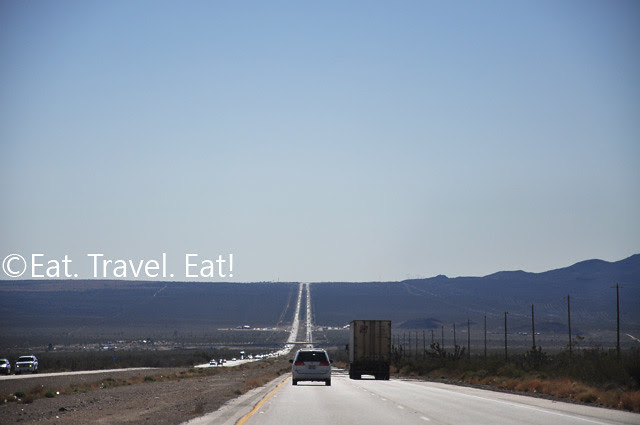 More driving! Up the hill! And pass the California Agricultural inspection! Yes, there is one! But for those with California license plates, you pass. :) 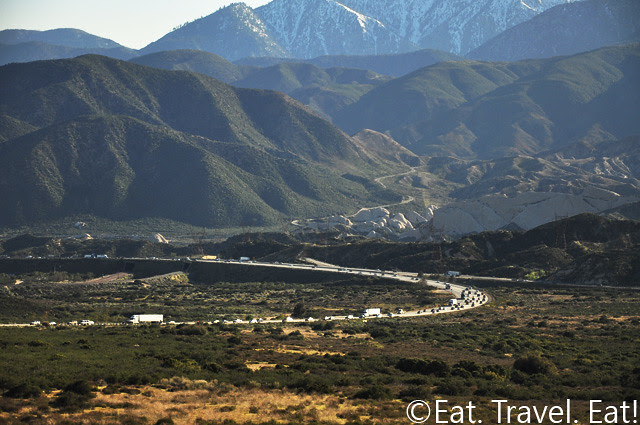 You know you are getting close when you see this downhill scene. Victorville here we come! 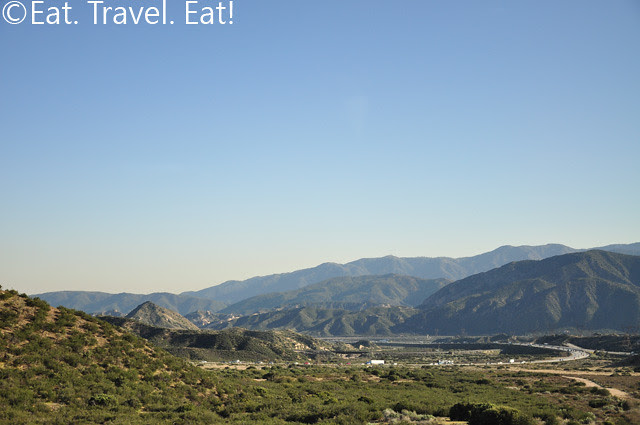 A wider version of that same photo is this one. 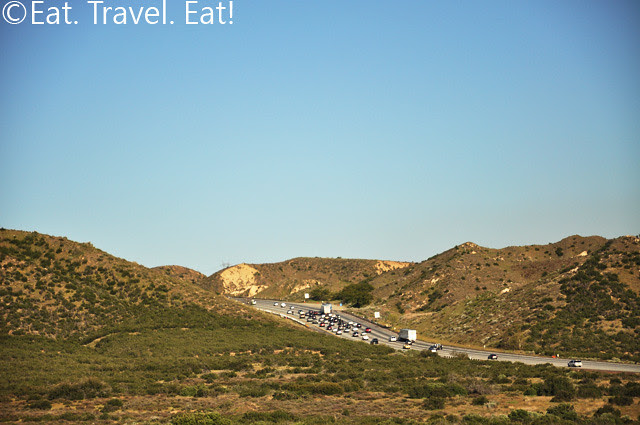 It was only two days ago prior to the day this photo was taken when I was taking pictures of the drive TO Las Vegas in the other direction. It took me four months however to write about this trip. 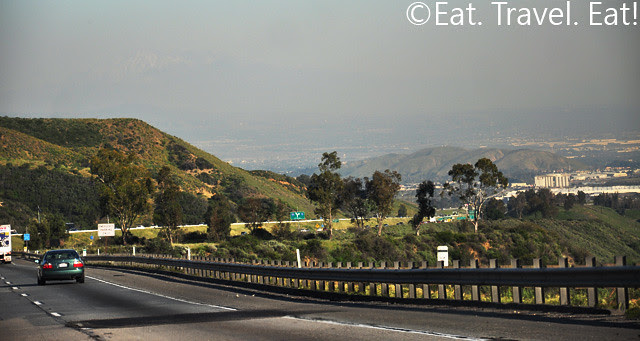 Another downhill scene, and look! There are buildings! And around here was the same place where almost two years ago, the idea of this blog came. :) 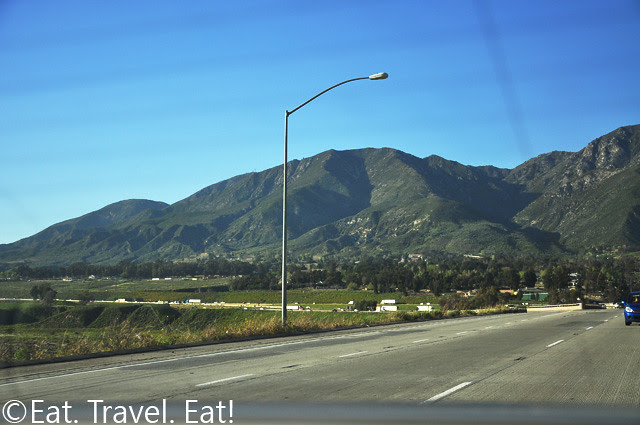 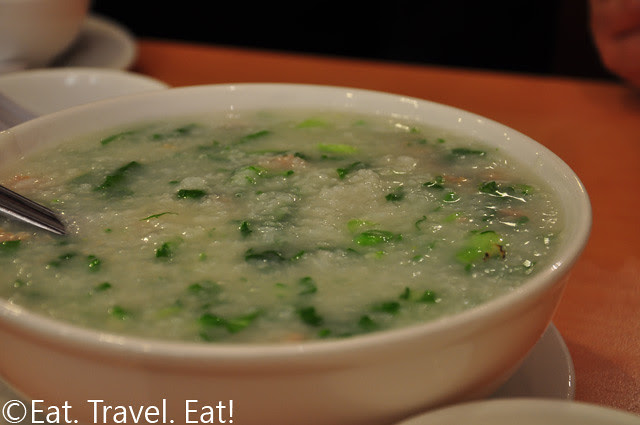 And nothing screams back at home better than a bowl of Vegetable with Pork Porridge at May Mei in Arcadia, where the congee is only 4.95 USD and served in large bowl that could be separated into almost 8 small soup bowls. Compare that to 13 USD for a personal bowl of Preserved Egg with Pork Porridge in Las Vegas at Bellagio's Noodles! Delicious, light, and great way to counteract that filling breakfast at Bellagio's buffet.

Ben and Suanne said…
That's me too, LOL! Every time I travel, the first thing when I get into Vancouver is to head to a Chinese restaurant. More often than not, it is to some Cantonese restaurant for good old congee and wonton noodles. :-)
Ben
August 13, 2010

EatTravelEat said…
Ben,
You read this post almost right away after I posted it! You are quick! Agree, that's what I usually do. Always a lighter meal when I get back and lighter meals usually come from Cantonese restaurants or HK cafes!
August 13, 2010

EatTravelEat said…
El Cid Vacation,
Yes, as you can see by looking at this page:
http://eattraveleat.blogspot.com/2010/05/fountains-of-bellagio-las-vegas.html
August 17, 2010