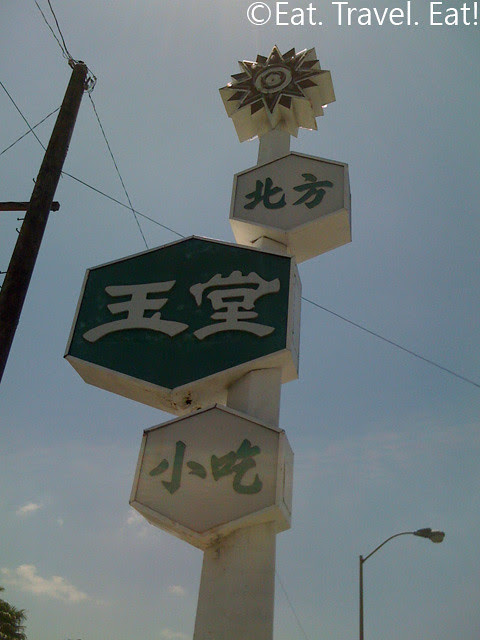 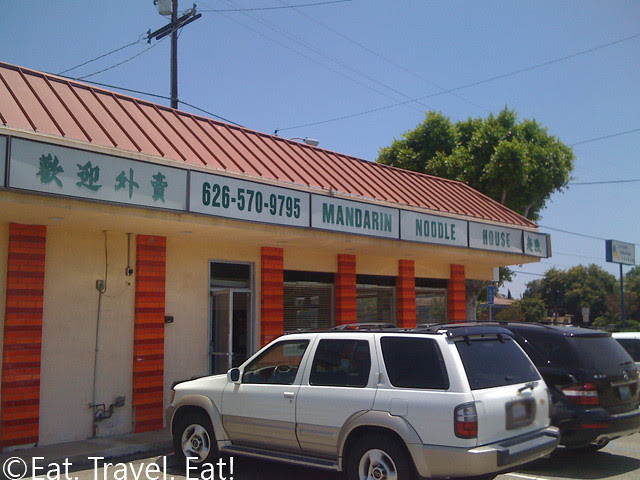 What might be a reoccurring theme in businesses is that the original location is the most special. So, let's start with some history, also known as a human interest story to some for today. If you've known the owner of Mandarin Noodle Deli- Temple City for more than ten years, then you would know that her original location was at Mandarin Noodle House in Monterey Park for many years. The interior back then was old, with the orange pointy lamps hanging from above and a dark interior with soft drinks lined across the counter. However, the food was different- it was excellent, flavorful, and robust. The green onion pancakes were savory, fragrant, and full of scallion flavor. And the special beef noodle soups had hand pulled noodles standard, and a deep, concentrated with flavor beef broth to boot. It wasn't until the 2000's when she moved to the Temple City location, now called New Mandarin Noodle Deli with new management. 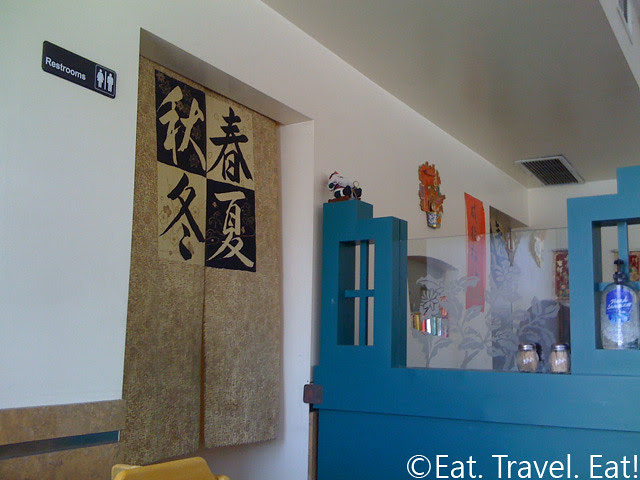 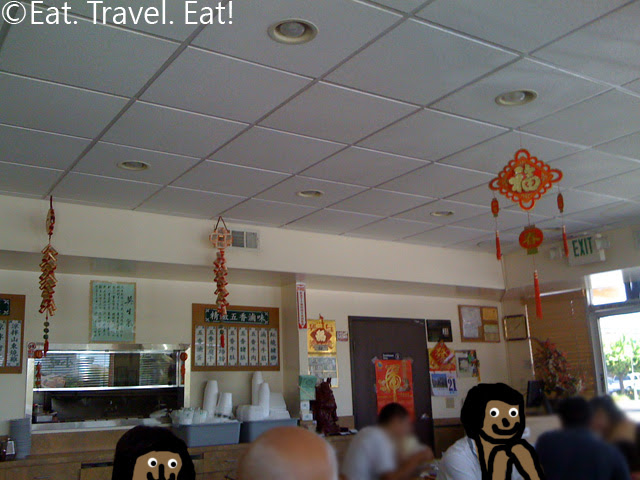 So, what happened to the Monterey Park location after the original owner left? Well, a new management with another location elsewhere took over the place It's operated by a family member of the owner, and they renovated it to be a brighter color scheme. Out with the retro bright orange and in with a more soothing beige, blue, and green color palette and windows with blinds open for more light. And the soda cans are still there, now put on a fan like window to the side that is etched with the restaurant's name.

Edit: Some new information...the new location is operated by a family member, and the second location is in  Northridge. 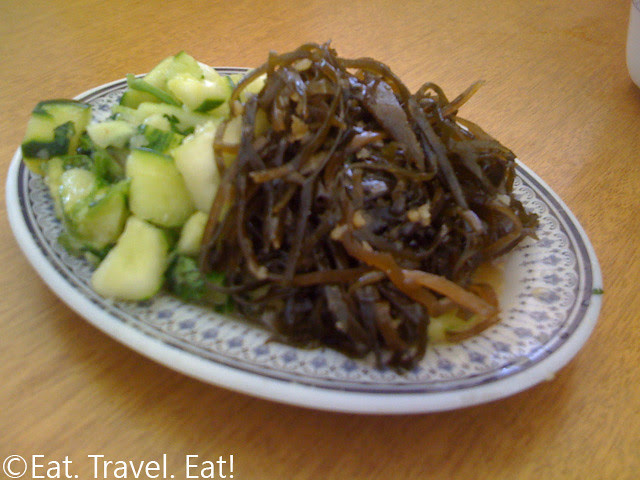 When we visited during the summer and saw that their cucumber and seaweed appetizer looked very similar to Mandarin Noodle Deli's version, we knew it was going to be a good meal. And yes, it tasted similar too! The seaweed was cold, crisp, and slightly garlicky and sour from vinegar, and the cucumber was crisp with a bit of sweet and sour action just like at Mandarin Noodle Deli. So far, so good! 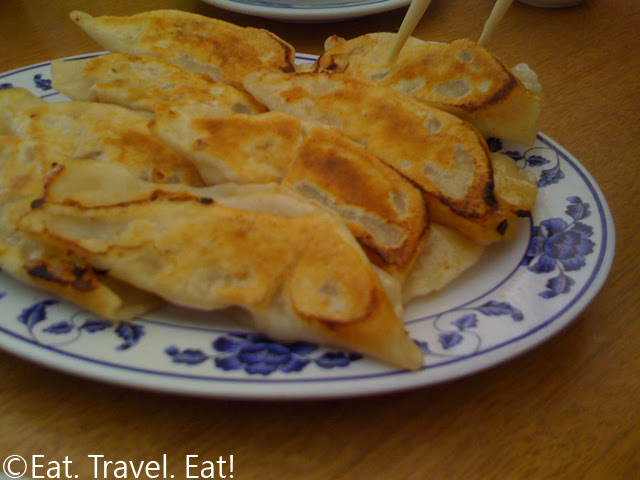 The potstickers were also pretty good. They had the fragrant off the wok flavor like at Mandarin Noodle Deli, but these were more crescent shaped and had a slightly thinner wrapper. The meat was also more savory in this version. 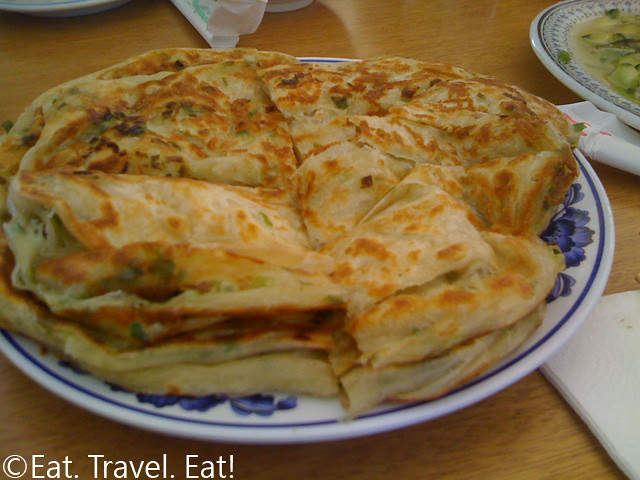 However, the real test was if the green onion pancakes were good or not. Result? Not the same, but very good for a green onion pancake. These had the scallion flavor like at Mandarin Noodle Deli, but they were not equally fragrant as there was less oil and crisp browning on the pancake. Otherwise these were very similar. I had a take out version later and the savory scallion flavor stayed in my mouth for hours. :) 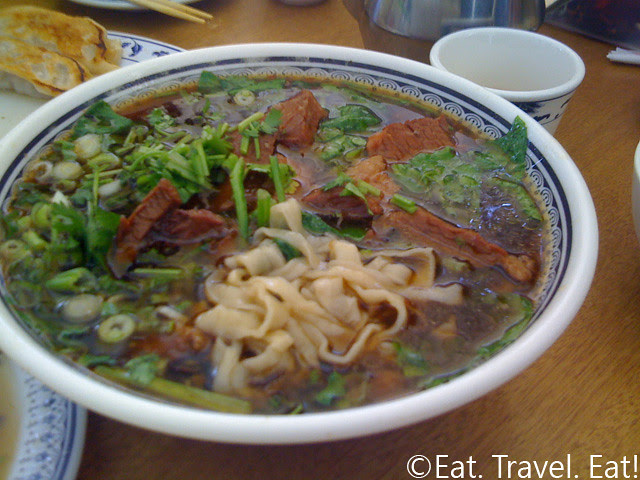 The other important test was on the beef noodle soup. In this occasion we ordered the hand pulled noodles which are made in house, as we don't want to eat as much preservatives and food color that seem to be added more and more on regular noodles made by large companies. These were fantastic, and were similar to the noodles at Noodle House in Arcadia (the owner says she is enjoying retirement) and Mandarin Noodle House in the past before there were only hand pulled noodles. They were not thick, but instead they were thinner and slurp-able with a nice chew between thinner and thicker parts. Another plus were that the noodles were not chewy enough to stick to the mouth like at some places. As for the beef, they were plentiful and very tender and flavorful. Same went with the broth- it was equally good as before! 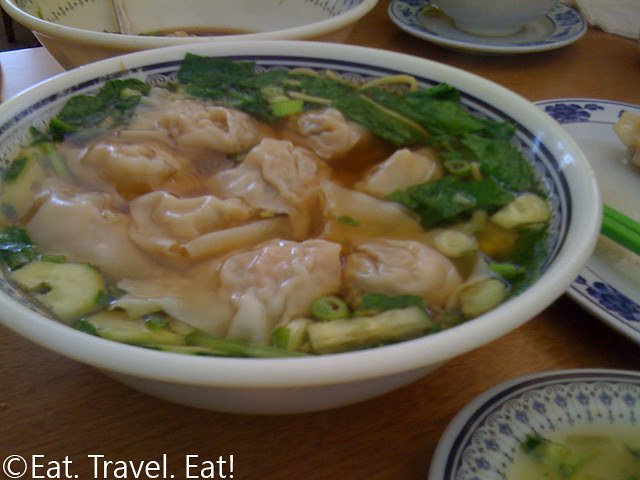 We also had a bowl of wonton soup, which had plenty of wontons which were filled with meat and vegetables. These wontons were lightly flavored, and so was the broth. Cucumbers were an interesting addition which brought in a unusual flavor that cooked cucumber has, similar to how celery is when put into a broth. 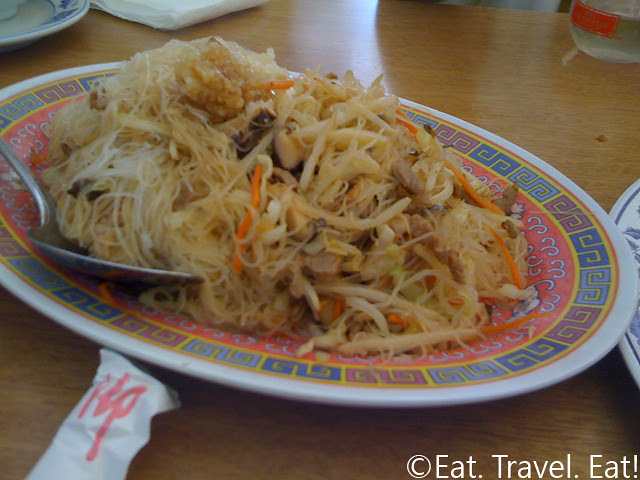 Lastly we had some stir fried rice vermicelli, which were also very lightly flavored. The mushrooms provided plenty of earthiness, and the minced garlic on top added some nice pungency to the otherwise lightly flavored, or to some, bland dish.
All in all, Mandarin Noodle House is THE substitute for those waiting for the owner of Mandarin Noodle Deli to open up a new restaurant. But really, who knows if she will? Because like Noodle House's owner says, not working in the restaurant gives her is much more relaxing, let alone less arguments.
Mandarin Noodle House
701 W Garvey Ave
Monterey Park, CA 91754
Tel: (626) 570-9795

P.S: If you are wondering why these photos are different compared to my recent photos, well, they are from a four year old camera phone. Yet the photos are fine, if some a bit out of focus, thanks to plenty of sunlight.
And again, your opinion on the new header please (since I got no responses earlier). Do you like the old one better or the new one? Plus, did you notice the facebook button to the sidebar?

Also, if you have not noticed yet the blog is back on a one post a week schedule, possibly less as right now the schedule is busier than last year. Universal Studios Part 3 will not be written until a long weekend has arrived.

Protocol Snow said…
Have you been to Liang's Kitchen in Arcadia or San Gabriel? That is my new favorite now that Mandarin Noodle Deli is gone.
September 12, 2010

EatTravelEat said…
Protocol Snow,
Yep, you can read my shout out to the left. :) My dining companions didn't like it so can't go again in person. Guess they were on a bad day since my dining companions went when they just opened and now 101 Noodle Express is hogging the parking space due to FREE drinks! LOL. Before the parking lot was quite empty...
September 12, 2010

KirkK said…
Hey ETE - We loved the old Mandarin Noodle House.... but haven't tried it in years! I like the header photo, but thought the last one was as good, if not better.
September 13, 2010

EatTravelEat said…
Kirk,
Well, you'll find it to be about the same! :) Maybe visit on your next SGV crawl. Thanks for the feedback on the header photo. I want to get something new again but so far haven't found something interesting yet...
September 13, 2010