After eating lunch at Zen Chinese Cuisine, a thirty-minute ride on the MTR whisked us off to our next destination, Hang Hou; that is the second to last stop to the right on the purple line in the picture. 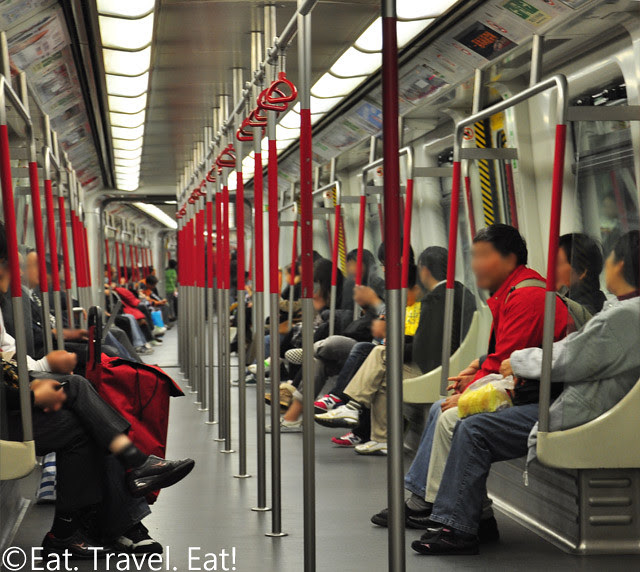 Having recently experienced other subway systems in the United States, I really appreciate the clarity and simplicity of the MTR system. Easy-to-hear prerecorded announcements are made between each stop, and the busier lines have interactive maps (as seen in the first picture) that make it easy to identify one's location. The purple line did not have these maps, but the clear announcements made up for the lack of those maps. 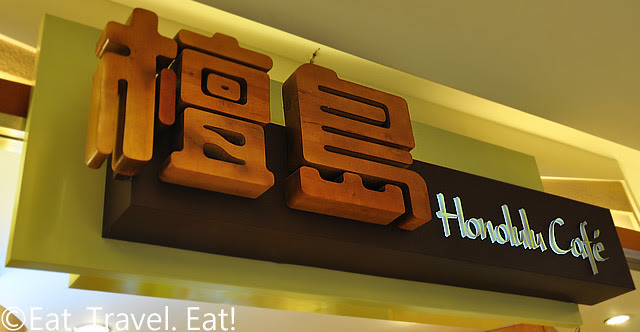 When our friends met us at Hang Hou, they immediately treated us to egg tarts and milk tea at Honolulu Cafe, a chain that is quite famous for its egg tarts in Hong Kong. 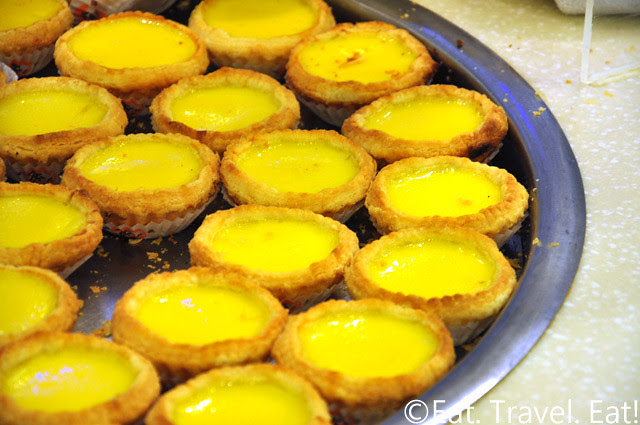 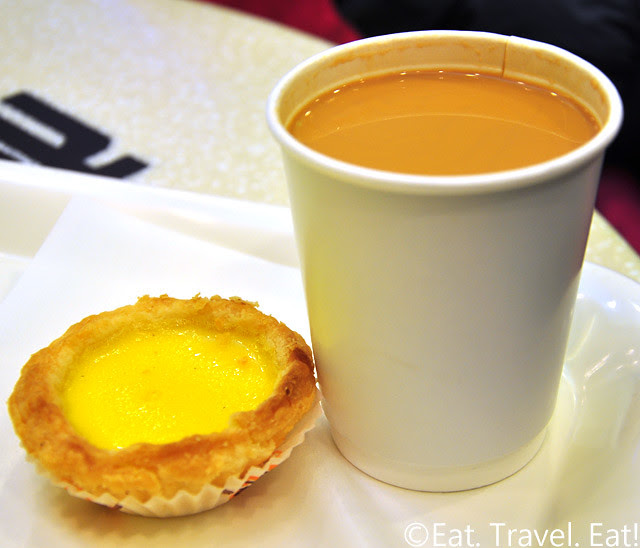 The egg tart and milk tea was a great starter to our Hang Hou visit. The Honolulu Cafe Egg Tart (4.5 HKD) had an eggy custard, and the crust was flaky while not being too oily.  Their milk tea was also excellent; smooth, creamy, and very robust in flavor. 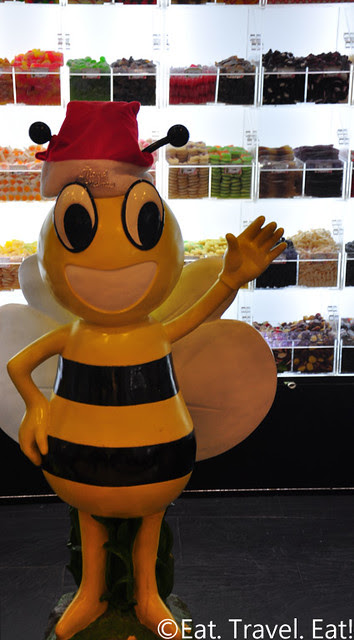 In Hong Kong, shopping centers tend to be connect to each other if they are in close proximity, and Hang Hou was no exception. We probably walked through three different shopping malls during our visit, all of which were located under apartment complexes, and did not go outside. The bridges connecting each mall to another were covered, with shops lined across to maximize space. 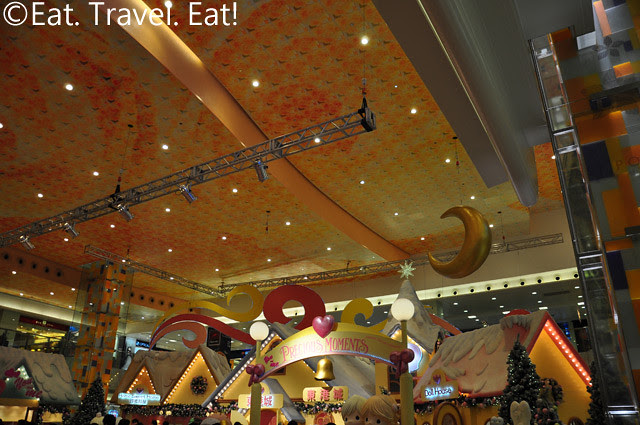 Like in Pacific Place, the malls here also had large showcases for the holiday season. You'll probably see these temporary setups in malls in Hong Kong now, considering that it is now already November! 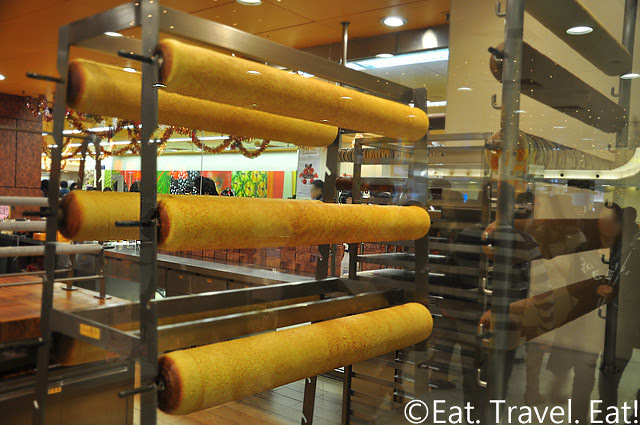 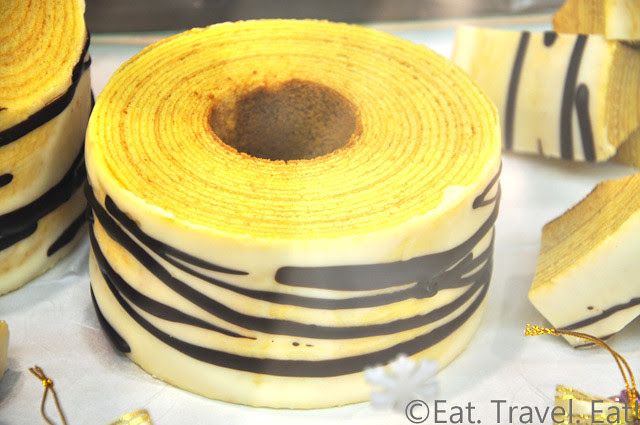 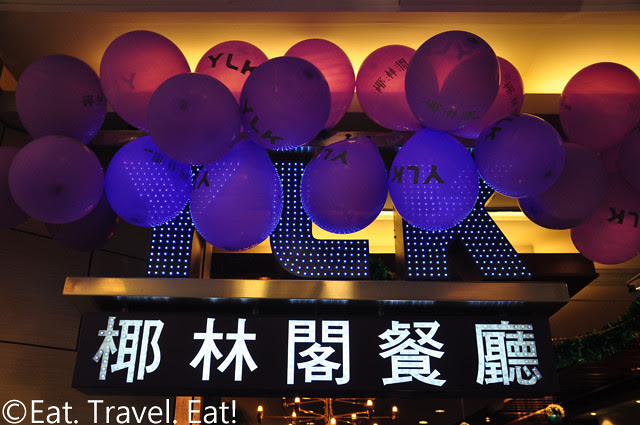 For dinner, we were going to eat at this place that specializes in crepes and shaved snow, but since that place was not open yet, we headed to YLK, part of the Yeh Lam Kwok chain. Yet again, we were visiting another chain restaurant; it is very difficult to escape from any chain/ restaurant with multiple locations/ hotel restaurant in Hong Kong! 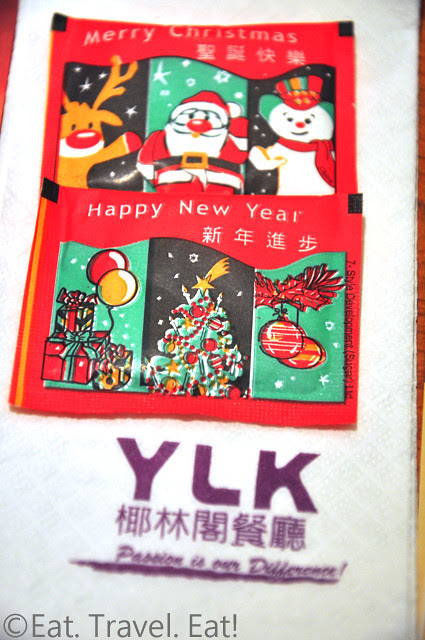 Also keeping up with the holiday theme, YLK had some holiday-themed sugar packets and a special Christmas menu the day we visited. A wide variety of items, from curry to steak, were available. Beverages that came with the menu items unfortunately came with no refills; this left us thirsty, since the regular tap water seemed not suitable for drinking. 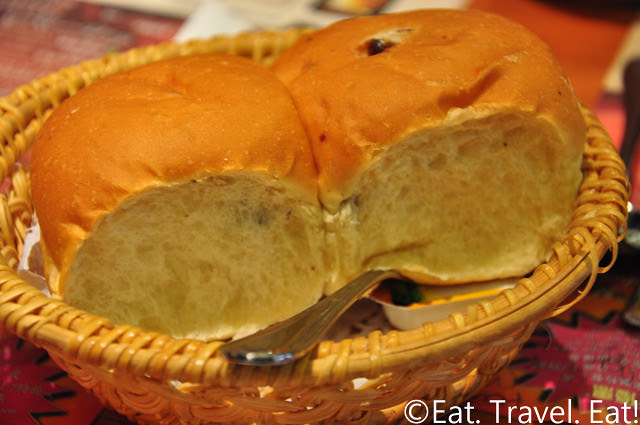 Some raisin bread (apparently from Garden, according to our friend), was served to our table after we ordered. It had all the aspects that appeal to the Asian consumer; a soft, tender interior with a light crust. 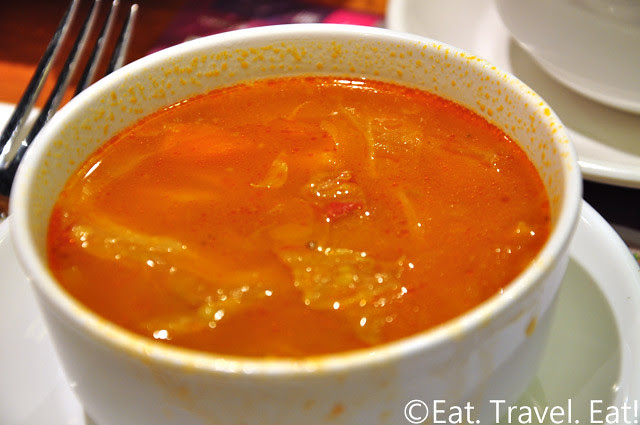 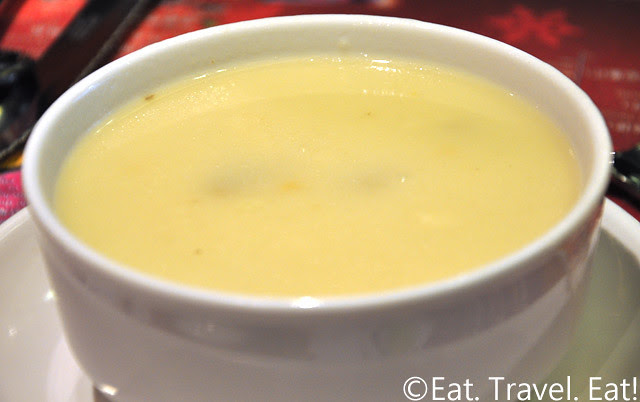 Halfway across the world, we were met yet again here with either borscht soup or cream soup as choices for soup. I enjoyed the borscht soup, which was as good as any other Hong-Kong style borscht soup that I have had. The cream soup I did not get to try, but it looked decent. 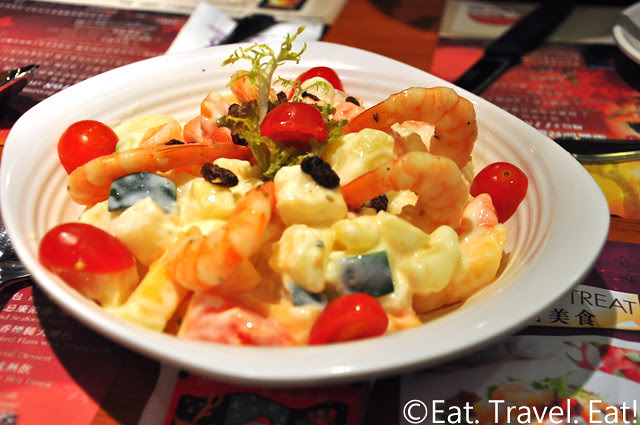 My friend ordered a fruit salad with prawns, which had a wide variety of fruits and vegetables. Surprisingly, even dragonfruit was part of the mix, along with apples, potatoes, tomatoes, raisins, and other ingredients. 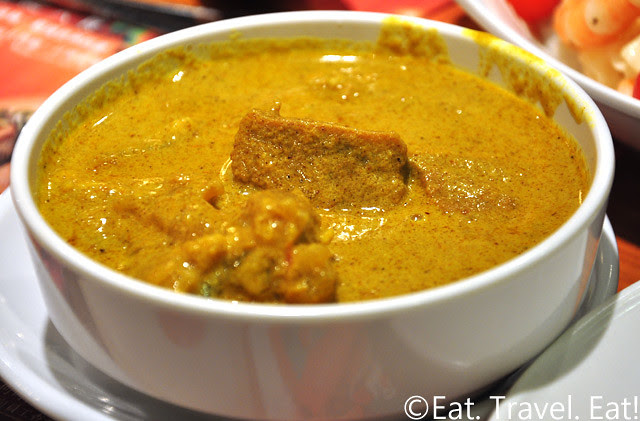 Not so surprising was the beef brisket curry, which had everything we expected in Hong Kong style curry: a pleasant mix of spices cooked with plenty of coconut milk and beef brisket and tendon. The curry here though was quite oily, and somehow both my companion and I got really full while not even finishing the bowl of curry that you see above. 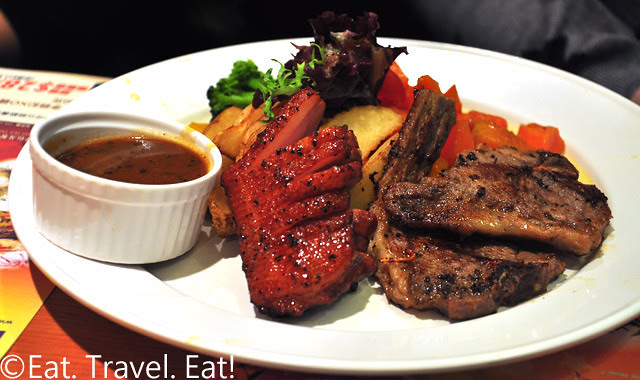 To round out the meal, my friends also ordered two meat plates: one was a lamb chop and smoked duck breast plate, while the other one featured ribeye steak. Both of these plates were actually very well executed, especially the ribeye steak, which was extremely tender. The sauce the accompianed it made it even better. On the other hand, my friend thought the lamb chop was average, and I felt the smoked duck breast, although as juicy and tender as it was, was too smoky. 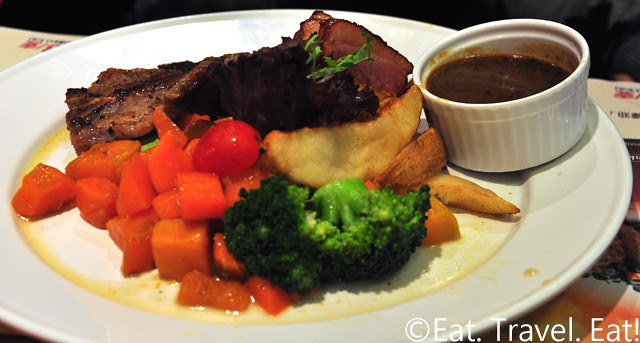 What was also really great about the plates were that the vegetables were actually decent--not from a can. The overall quality of these plates definitely made up for the 100+ HKD price tag. 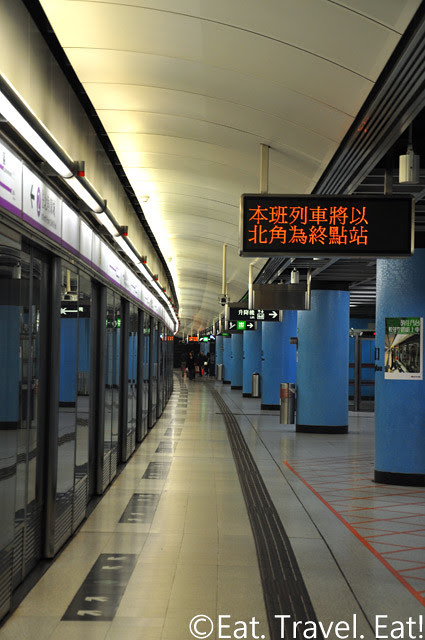 Soon enough, we had to depart from each other again, and it was time to make that same trip back to our hotel. It was time for yet another fun day in Hong Kong, now that almost everyone in the party was back in good condition for eating and traveling. Thankfully however, these visits would remain constant for the rest of the trip, since the Pacific Ocean was no longer in our path of visitation.