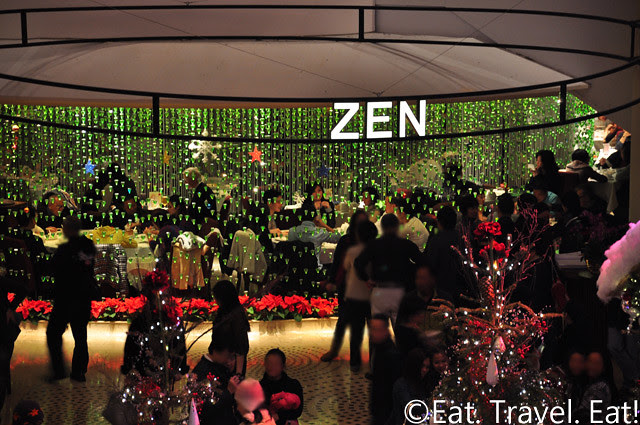 We thought we would try an actual dim sum lunch while in Hong Kong, so we headed downstairs to Zen, one of the two major Chinese restaurants in Pacific Place. Zen is a solid Cantonese institution that has been in Pacific Place for more than ten years. Its location brings a more of a business-type clientele, but there are certainly plenty of locals and tourists that patron Zen (like I have during my past visits to Hong Kong). 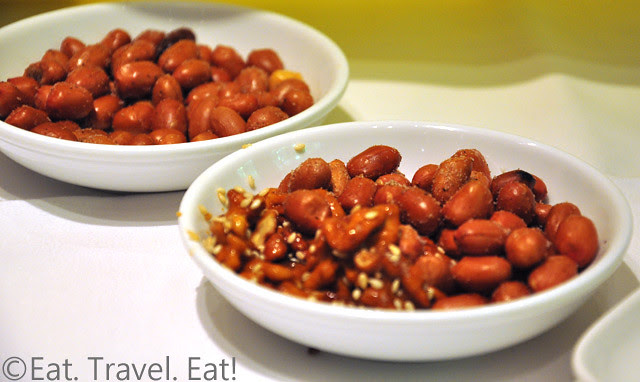 Seated at our table, we were handed two different types of nuts to munch on: candied walnuts that had a hint of seaweed flavor and salt and pepper fried peanuts. I really liked the candied walnuts, but it seemed as if the employees were too busy to hand us any refills; it was Christmas day after all. 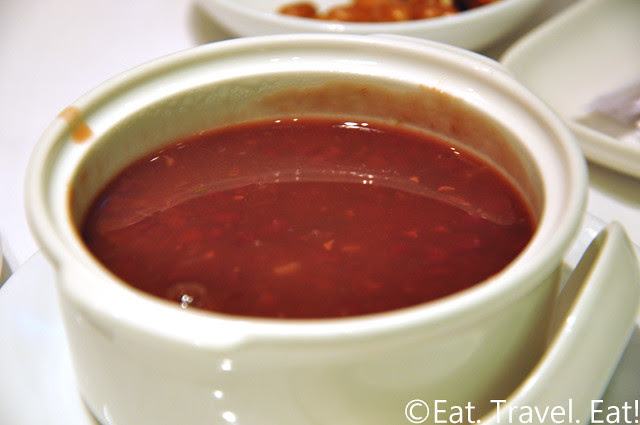 The special Christmas day menu had a wide selection of typical dim sum items as well as items not typically seen during dim sum. The bright red color in this red bean dessert soup signaled that the red beans in the soup were dried red beans, and not canned or packaged prepared red beans or red bean paste. Orange peel, a traditional ingredient in red bean soup, was also added into the soup. We did not find the soup to be very smooth on the mouth, but that probably comes as a result of a light mashing of the dried red beans and not a complete puree. 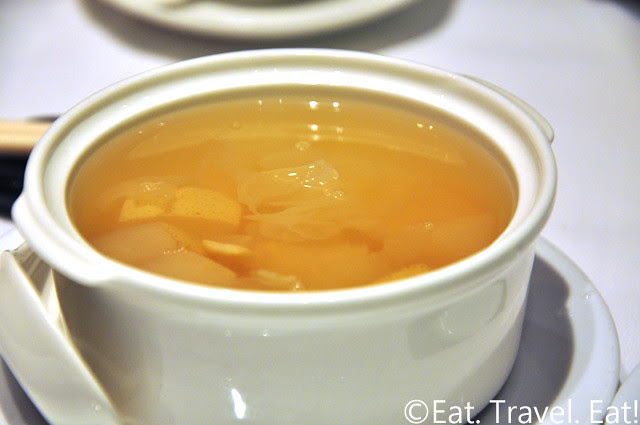 Another dessert soup we ordered was the pear and almond and snow fungus dessert soup. This soup in general is good for the throat, and Zen's rendition is on par with what is expected for this soup-- slightly sweet and brimming with pear flavor. 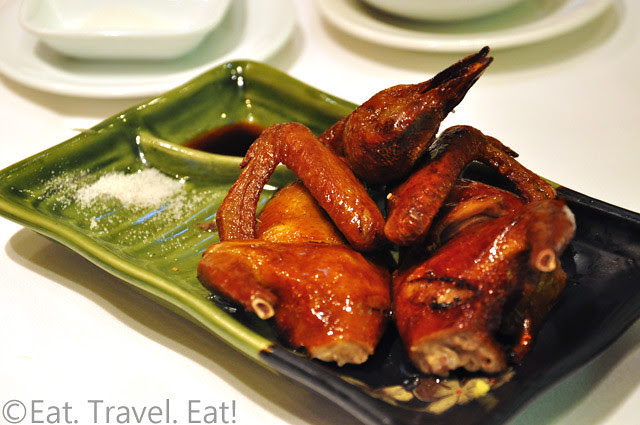 Crispy skin and extremely juicy and tender pigeon meat awaited us with this platter of pigeon. It was probably the best item of the day, and at only 52 HKD for one pigeon, it was very reasonably priced compared to my local restaurants. Dipping the meat in the salt provided next to the pigeon intensified the already strong flavors of the meat. 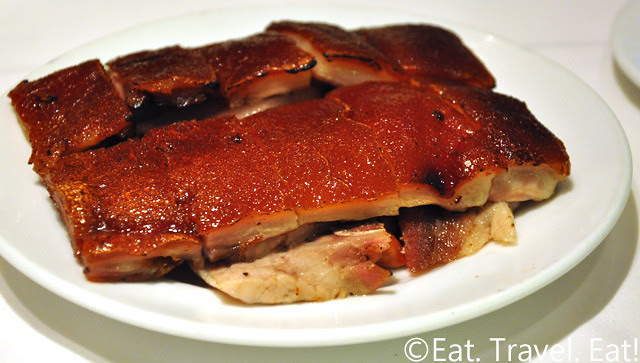 Roasted suckling (?) pig however was not that impressive; although there was plenty of skin, most of plate consisted of bones spread in haphazard directions. It was difficult to savor the meat, which was tender and smoky. 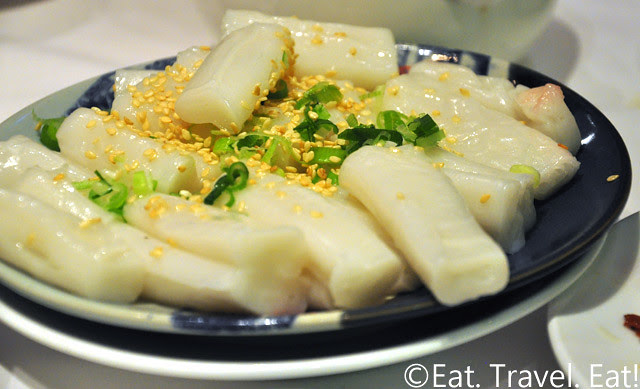 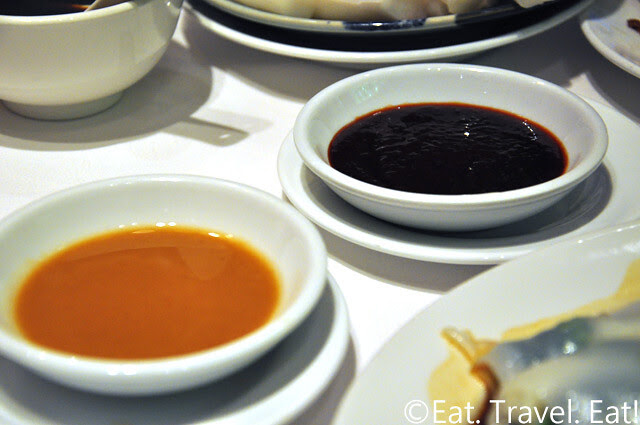 Old-fashioned cheong fun, or “Chinese Pasta” as labeled on the menu, did not turn out to be as good as we were hoping for. The cheong fun's layers were not distinct; instead they were stuck together. We liked the sesame sauce served along side, but the hoisin sauce seemed as if there was a lot of artificial coloring added. 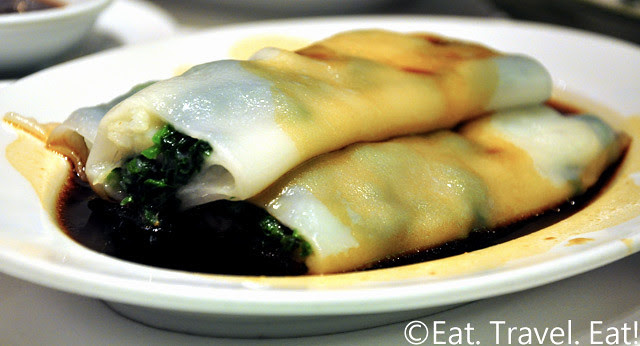 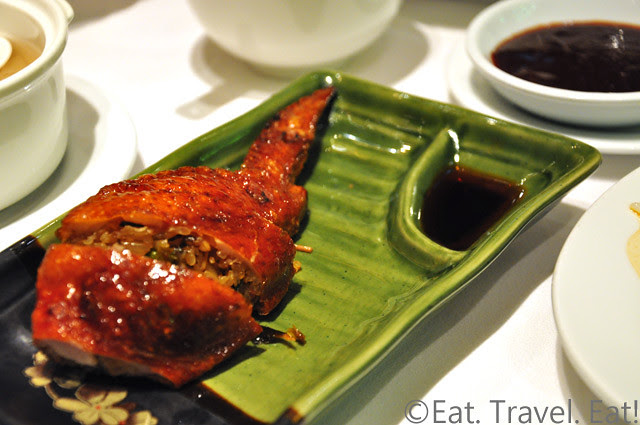 A popular item at Zen is the stuffed chicken wing; the chefs prepare the dish by removing the chicken meat and bones from a chicken wing and then stuffing the wing with lots of lotus sticky rice. Fresh of the fryer, the crisp chicken skin provided a pleasant contrast to the chewy sticky rice. 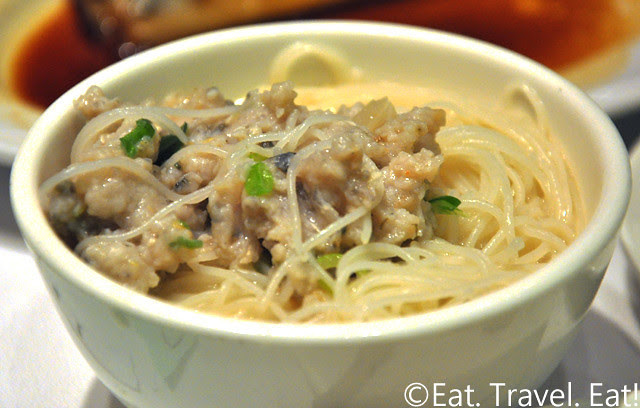 
Our Christmas lunch at Zen represented several ups and downs; I would advise sticking with more of the traditional dim sum items instead. Unfortunately, it seems as if restaurants do not perform at their best during a holiday and this experience seemed representative of that perspective.


Find the rest of the posts in this series at this trip's TRIP INDEX.