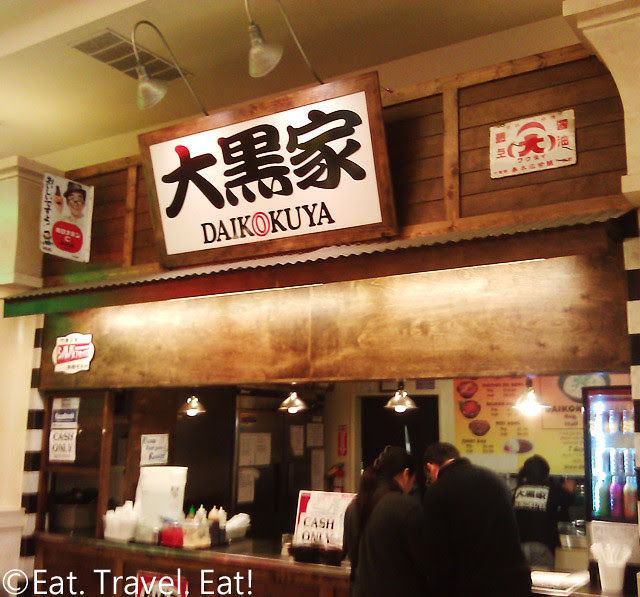 (pictures taken with a HTC Surround)

Replacing what used to be Noodle House, a steam tray Chinese restaurant that offered excellent deals (for example, three entree dishes and rice for 10 USD), Daikokuya was a somewhat surprising addition to the President Square Food Court. Its operation is quite similar to that of other ramen outlets, such as Santouka: one orders at the counter and can get plenty of condiments and water to the side. Daikokuya offers a wide variety of sauces and toppings like pickled ginger (the blurry red box in the picture), more so than any other food court restaurant that I have seen. 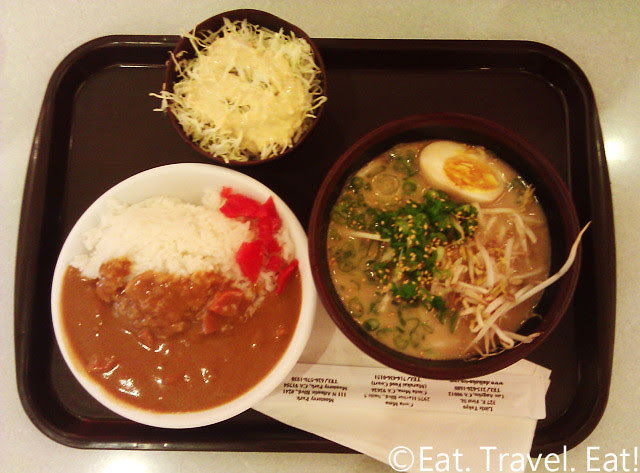 To test out Daikokuya's offerings at the premises (my companions and I had tried some at home before and felt it was so-so), my Irvine friend and I tried out some Daikokuya combos- ramen (half or full size) with a choice of (half-portion) rice dish. My friend chose the curry rice set, while I opted for the salmon roe rice bowl set. (the purpose being to compare to my experience at Santouka) 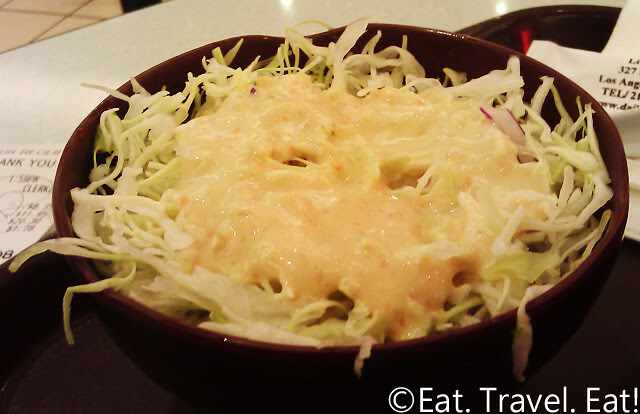 Both sets came with a bowl of salad. I would call it a slaw, as it consisted more of thinly sliced cabbage instead; likewise, when the creamy dressing was tossed, it tasted just like coleslaw--cool and refreshing. 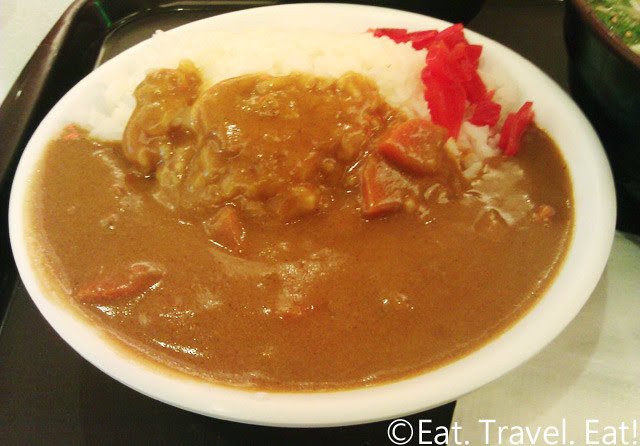 Arcadia Daikokuya's half curry rice was a plentiful serving, larger than that of Miyabi Tei's and served in a bowl instead of a plate. However, the curry was quite bland, as seen by the light color of the curry. 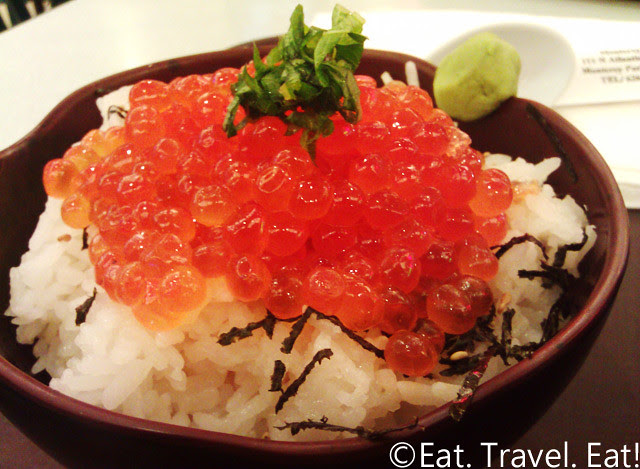 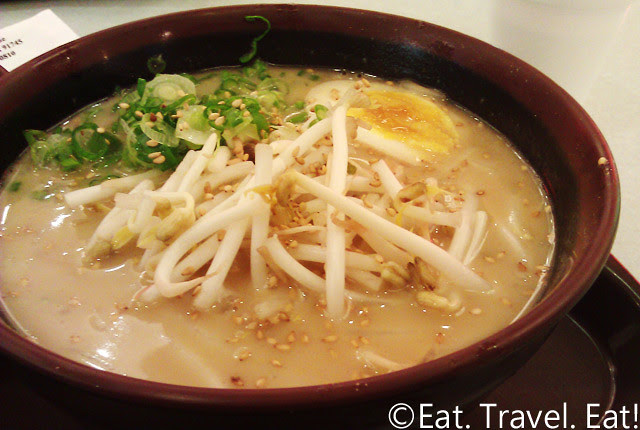 Both of our Daikoku ramen bowls came topped with a handful of raw bean sprouts, green onions, a egg with just-set yolk (excellent), and a sprinkling of sesame seeds. We did not know to ask for the "kotteri style" broth, which "uses soup extract from the back fat," and the broth seemed to be slightly lackluster as a result. It was creamy and savory, but also seemed to be muddied in terms of flavor. 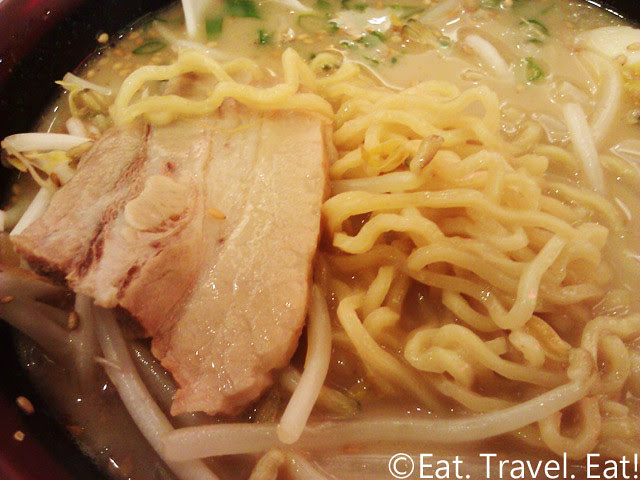 What was quite surprising was the Kurobuta pork chashu, which seemed to have been sitting for such a long time that the meat surface had a metallic sheen. The noodles on the other hand, were toothsome and enjoyable, and with such a large set of food, I could barely finish them.

Our second visit seems to exemplify our experience during the grand opening: it is decent for Arcadia, but certainly better ramen can be found elsewhere, even in other food courts. In this case, I would not mind driving farther to Orange County or to other parts of the San Gabriel Valley/ Los Angeles to enjoy ramen.

(Oh, how contradictory is that last sentence to what I stated about  Orange County three years ago! Times have changed.)

Edit- May 23, 2012. Peter Kim of HackCollege.com shared an infographic of Ramen with me and so I decided to share it with you readers! Enjoy: