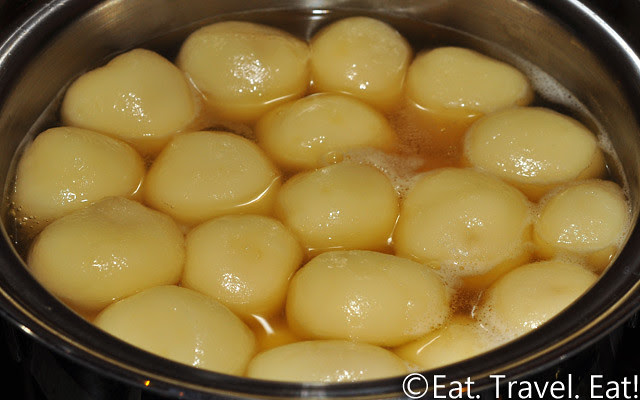 So, during Chinese New Year, my companions and I sought to make fresh glutinous rice balls for dessert, and the results were definitely more astounding compared to our previous renditions. 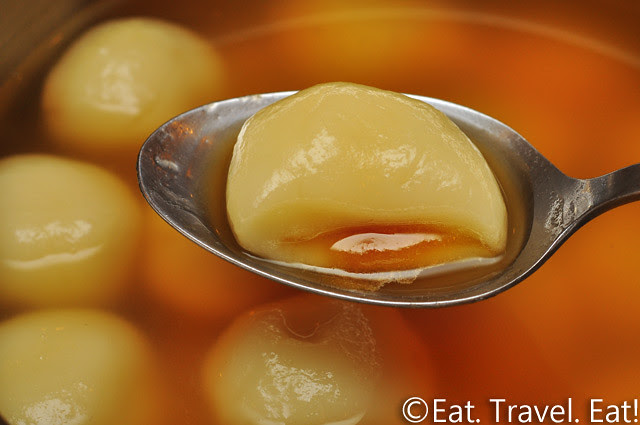 Not only was it comforting to know that we controlled the ingredients used in the dish, but also the taste was superior. Stuffed with a brown sugar candy piece, the rice balls were chewy on the outside, while slightly crunchy and smooth on the inside as remnants of the candy piece stayed solid while the rest of the sugar melted and stayed encapsulated by the chewy exterior. These rice balls were so fun and so easy to make!

Four inexpensive ingredients-- Chinese brown sugar, glutinous rice flour, ginger, and water-- for one delicious dessert. And it is so easy, one can easily make adjustments in the ingredients to make a myriad of other desserts. (now that is for another article)

(recipe after the jump)

Ingredients:
For rice balls:
8 ounces glutinous rice flour (this is the brand I use, available for less than a dollar in Asian supermarkets)
1/2 cup water (for dough)
1 bar of Chinese brown sugar (refer to this picture to see how it looks)

For soup base:
Several slices of ginger
4 cups water (for boiling) 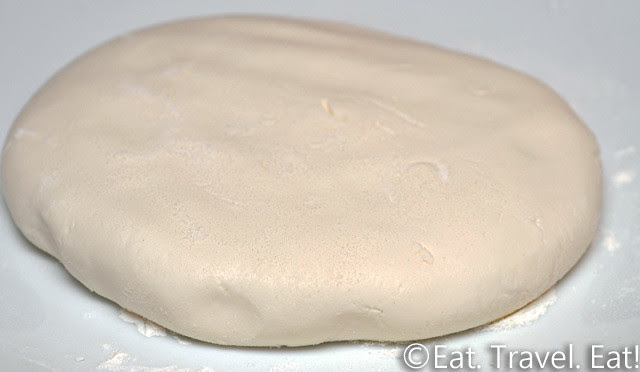 1. Place the glutinous rice flour into a bowl, and slowly add the water and mix the flour and the water until a ball is formed. The resulting dough ball should be silky and smooth on the surface.
2. Flatten the dough and cut into smaller, ping pong sized pieces. Roll each piece into balls.
3. Cut the brown sugar candy bar into halves, then cut one half of the candy bar into small pieces (approximately 3-5 millimeters on a side). 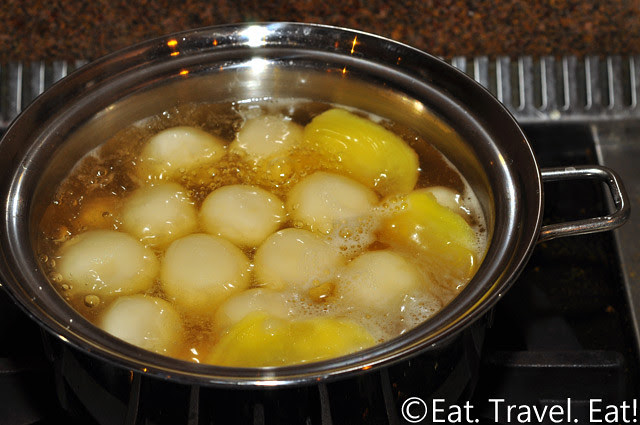 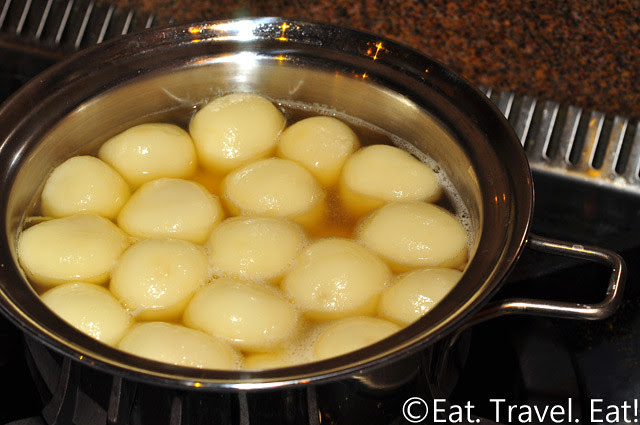 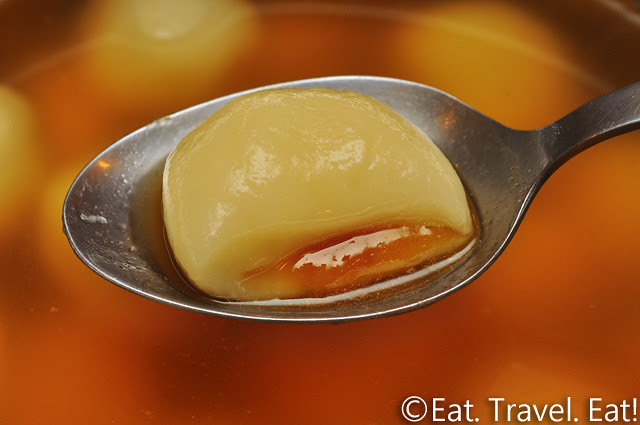 It definitely tasted fantastic! Can't wait to test out other fillings inside the rice balls.
March 17, 2012