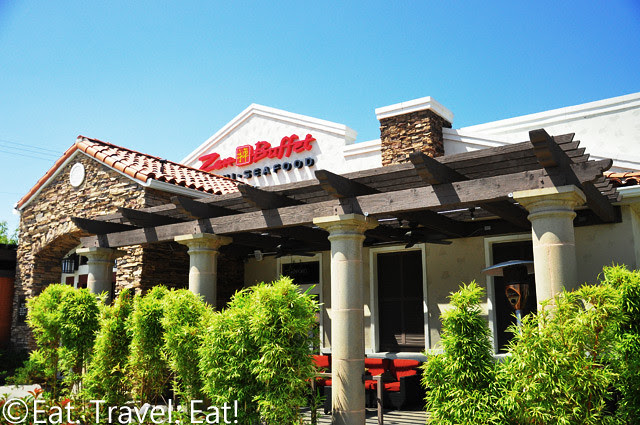 After Macaroni Grill came Pioneer Point, whose existence was so short that I did not even get to write a full review about it. Now, this location houses Zen Buffet, a well-known buffet with multiple locations in Southern California, and it seems to be staying for the long run, with several more additions to the restaurant being made months after its grand opening. On a summer day, we went to check Zen Buffet out instead of visiting Souplantation, which we have been visiting in a much more frequent rotation compared to previous years. 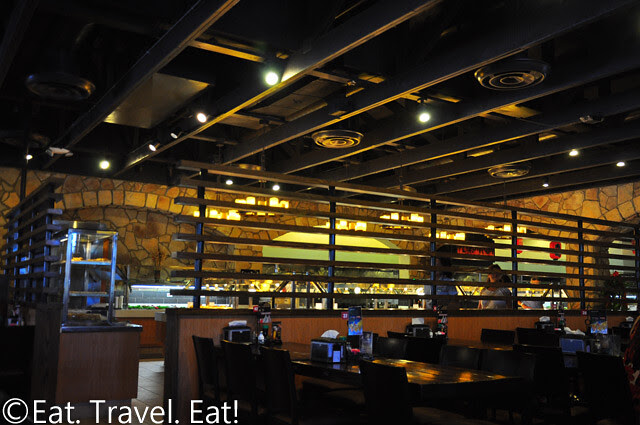 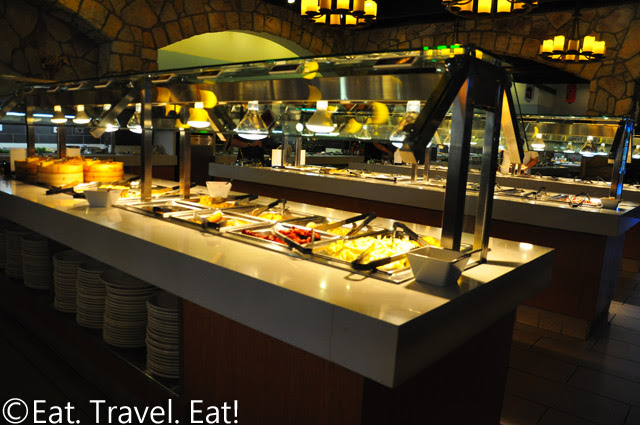 Like some other buffets, one pays first at Zen Buffet before entering the dining area. The interior is pretty much the same as Pioneer Point, but with a removal of the western-themed pictures. As for pricing, we paid the full cost for lunch (9.49 USD); however, it seemed like everyone else had a coupon of some sort. This is probably because Zen Buffet not only makes coupons available in its mail ads, but also on the internet on its website. 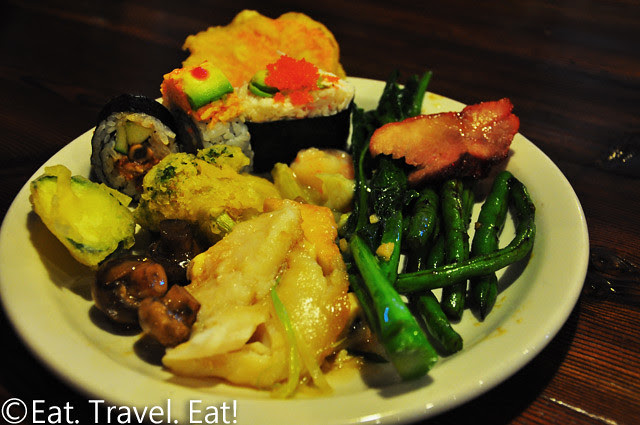 To get a good glimpse of the buffet offerings, I tried out items from several sections of the menu (including meat, crispy stuff, seafood, veggies, and sushi) for my first plate. The barbeque pork was tough and the veggies were perhaps undercooked, but overall the flavors were there. Surprisingly, the sushi was decent; I did see chefs making sushi throughout my visit.  I did enjoy the steamed fish, which was tender and nicely seasoned; the addition of scallions was a plus as well. 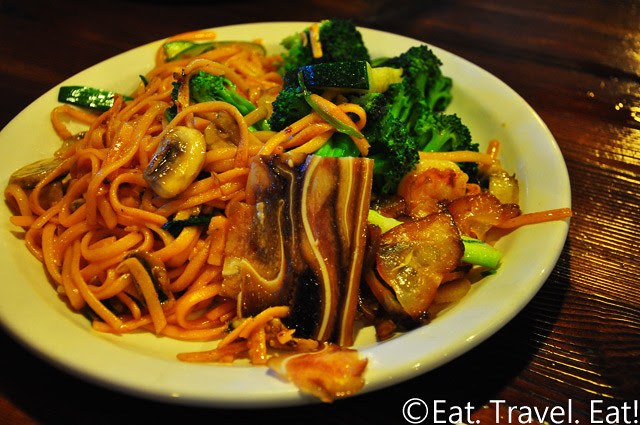 My second plate consisted of a freshly made-to-order Mongolian noodle dish (yes, like what you would find in a food court), pig ear, beef tendon, and broccoli. The noodles were similar to that of food court Mongolian barbeque (albeit with some special ingredients available for topping, like shrimp), while the pig ears and beef tendon were not be missed--they were just as good as those found in full-service restaurants. 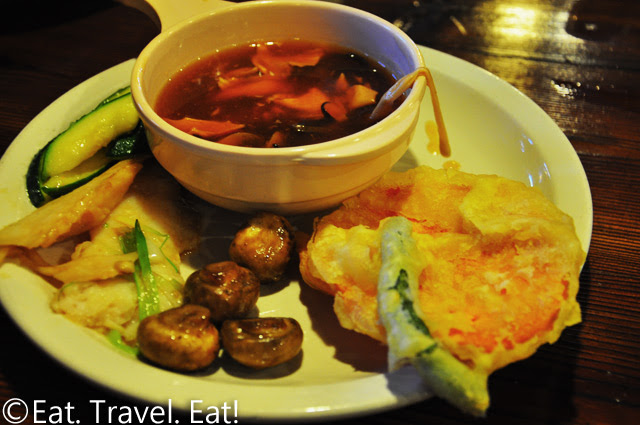 Continuing onto the third plate were plenty of items from the first plate, and a hot and sour soup that was average. My companions, however, took a wiser step in choosing a watercress soup, which was somewhat similar to what we make at home. Also, the watercress soup had plenty of watercress-- a good way to get plenty of cooked vegetables. 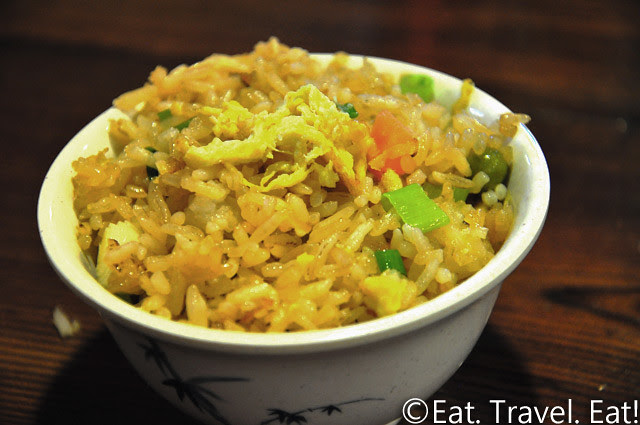 Later on, my companions also discovered the fragrant fried rice. Although it was somewhat oily, we could not resist the fragrant scent imparted by high heat on a wok and plenty of oil. Even when I had moved onto dessert, I cam back to get a bowl of this fried rice. 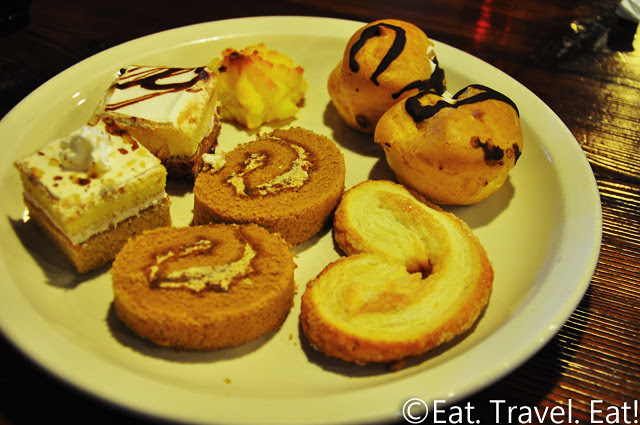 Dessert options were nothing to scream about; most of the items are offered at many other Asian themed buffets of the same caliber. 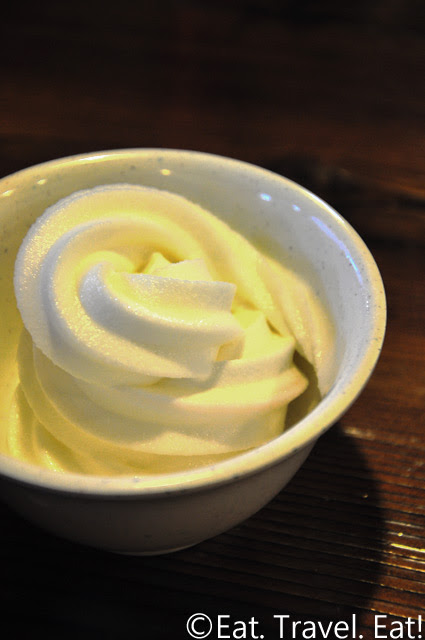 A special option however available at Zen Buffet is the frozen yogurt, which is remarkably thick in comparison to Yogurtland's plain; tartness was decent as well. It does come from a mix, which came from a container shaped like milk gallon for easy pouring. After eating some greasier items during the meal, the frozen yogurt made for a refreshing end.

Zen Buffet is a competent option in its class, and the regular prices are bordering upon expensive (which is why these coupons can be found everyday online (50 percent off for weekday meals!)). I'd like for Zen Buffet to give a dining etiquette lesson to all customers however; watching a customer grab a dim sum item by hand and then putting the item back to the steam tray was something I have not seen in years.

P.S. Sorry for the lack of posts lately, I am currently undergoing several projects which require substantial amounts of my time. Also, thanks for a record number of total views in February!  Your support is very much appreciated. :D

Such behavior demonstrates that society needs to place a higher emphasis on dining etiquette.
April 03, 2012