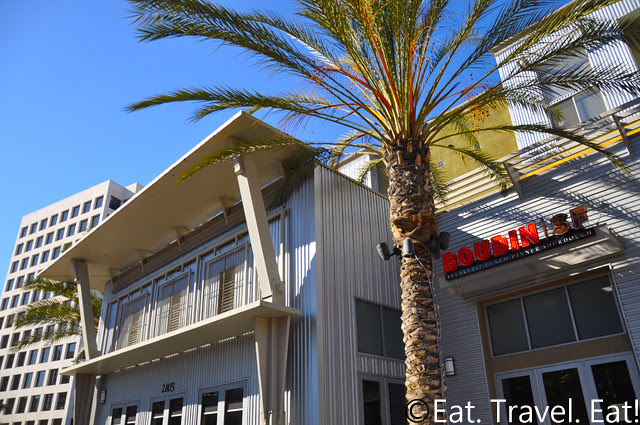 During another conference at the same location as some previous ones, I knew where to walk to for a meal: Boudin SF. Having experienced breakfast at Boudin SF one time and recognizing the positives of Boudin's Food, I knew that Boudin SF would be a dependable option this time, and it certainly was! 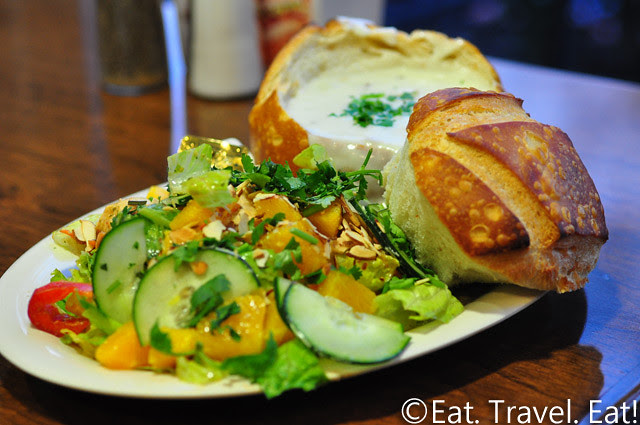 When we arrived at the conference area, we had to make our own dinner plans and since none of us had access to a car, my friend and I walked that one block to Boudin SF. He had already eaten dinner and so ordered a grilled cheese with turkey (7.99 USD), but in my case, I ordered a Soup and Salad Combo (8.59 USD). My friend felt that he had received a mediocre deal after seeing the size of this combo in contrast to his relatively tiny sandwich and bag of chips; it took me much longer to eat all of this food, and I was stuffed for less than a dollar more than what he paid!

My half-portion of salad was the Thai Citrus Chicken Salad, which was quite impressive in terms of ingredients. Unlike some restaurants that tend to utilize canned tangerines when "citrus" comes to play in an Asian inspired salad, the chefs at Boudin SF actually put in fresh orange segments--a special touch that certainly does separate Boudin from other chain (and non-chain) restaurants. The salad was also adequately dressed and came in a decently sized portion (although it may seem that the bread bowl is dwarfing the salad in the earlier picture). 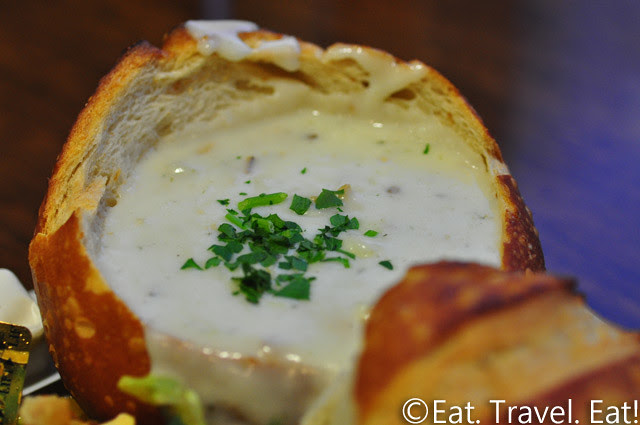 Although some special soups were available that day, including a bisque, I just stuck with the usual Clam Chowder. In this case, I ordered it as a bread bowl because there is no price difference in the combo price if one chooses to omit the bread bowl for just a dinner roll! 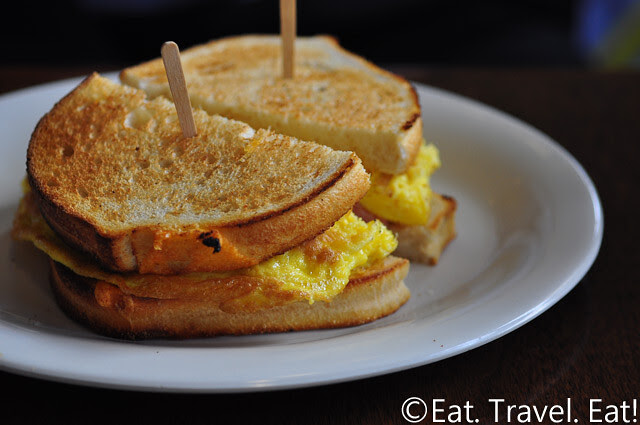 The next morning we were back again at Boudin SF for breakfast. Since my friend could not wait, he had gotten an expensive breakfast at the hotel, and so got yet another sandwich here (4.49 USD). Like some of my friends who had gone here to get this sandwich, he likewise thought this breakfast item as somewhat overpriced. This is, however, a better deal compared to some of the hotel variations of this sandwich in the area. 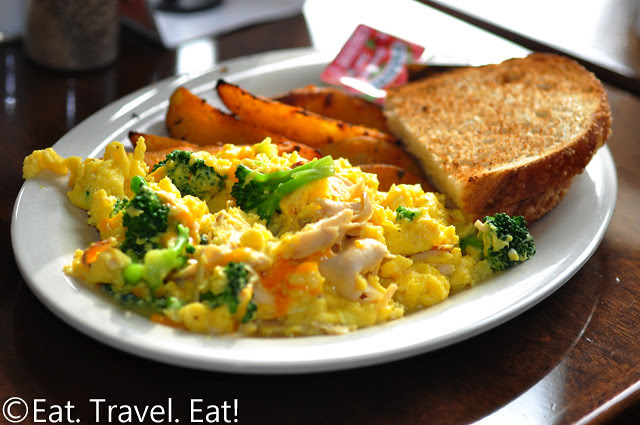 My Turkey and Broccoli Scramble (6.29 USD) was very tasty and a reasonable deal. Both the turkey and broccoli were fresh, with the turkey being notable as it was not just slices from packaged deli meat. On the other hand, the potato wedges were nothing much to rave about; they were crisp on the outside and tender on the inside, and were just seasoned with Lawry's seasoning salt. 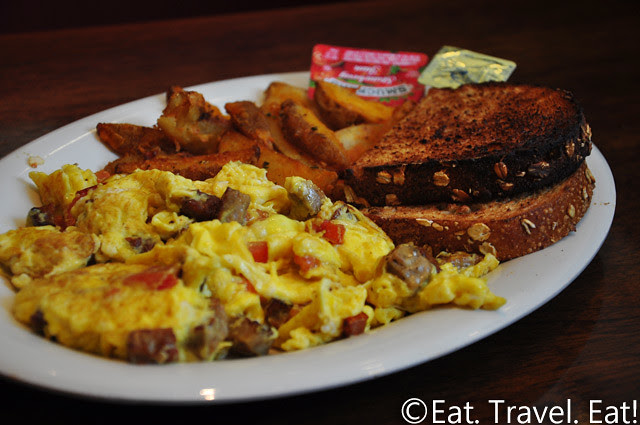 Since I was lucky enough to obtain a survey voucher for $3 off my next order during the dinner visit (this only occurs randomly; my friend did not get his until the breakfast meal), I told my Irvine friend to come by and make a visit to Boudin SF the next day.

I liked the Turkey and Broccoli Scramble so much that I was able to convince my friend and I to order scrambles for this breakfast meal. My companion's Sausage and Tomato Scramble (6.29 USD) was simple, with plenty of pieces of both sausage and tomato. The burnt piece of toast was was pretty much the only negative about this plate. 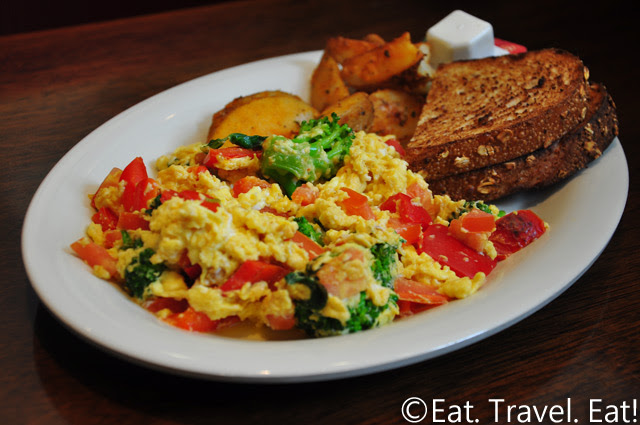 I ordered the Vegetarian Scramble (6.29 USD), which had spinach, broccoli, red pepper, and tomatoes. This was likewise flavorful and delicious, but the omission of any cheese in the scramble made the eggs less cohesive than the other scrambles.

In a rather expansive area, where the speed limit is 50 miles per hour, it is still notable to discover nearby options, and Boudin SF is one of the several "finds" in the walkable vicinity (there's a strip mall slightly farther away from the hotels in this area, and Diamond Jamboree is a 10-15 minute walk). And although it is a chain, the little touches and freshly prepared items (I actually saw a chef making the scramble during my first visit) make Boudin SF a place to visit if you happen to be staying in one of the nearby hotels and do not have easy access to transportation.