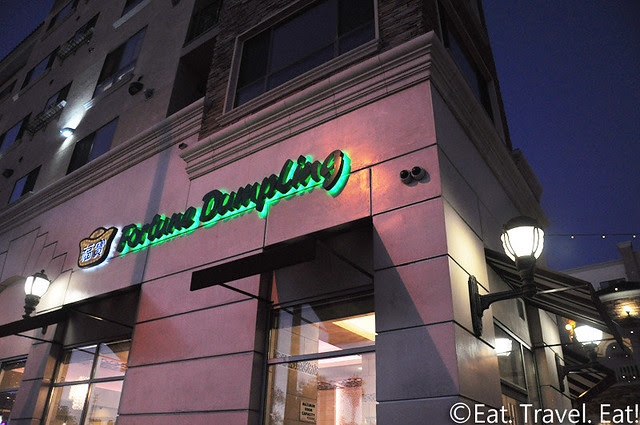 What happens when my writing queue becomes so long? Restaurants change: they close, change owners, or have new menus and pricing. Dumpling 888, for example, had already changed owners when I visited it in El Monte. Now, the original owners have moved to a new, larger location: Atlantic Times Square in Monterey Park. 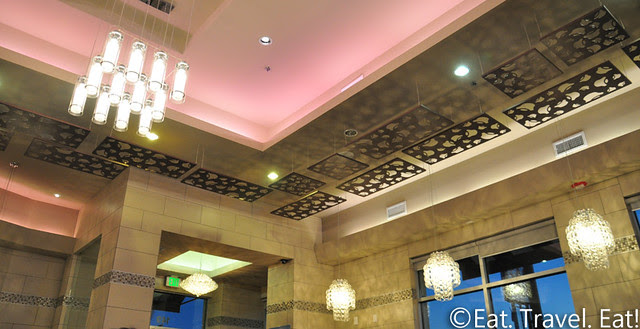 The name has changed too, along with some additions onto the menu. The changes were so significant that originally we thought we had just walked into a new dumpling restaurant. It was only when we carefully read the menu that we recognized the connection between it and Dumpling 888. 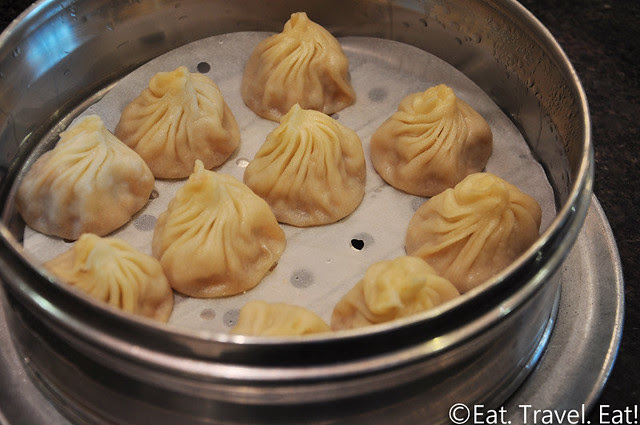 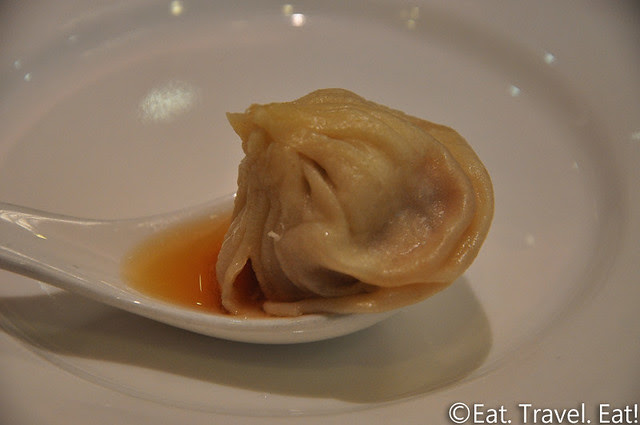 Something new with Fortune Dumpling compared to its predecessor was an emphasis on xiao long bao, which happen to be quite a good deal: 3.99 USD for a steamer basket of 10 xiao long bao. With such a price, I was actually expecting that these were created for them by same supplier several places in the San Gabriel Valley obtain xiao long bao from. However, these were not, and their scent reminded me of Din Tai Fung dumplings. The skin was middling between thin and thick, the filling had plenty of ginger and pork notes, and the amount of soup was decent. A competent rendition. 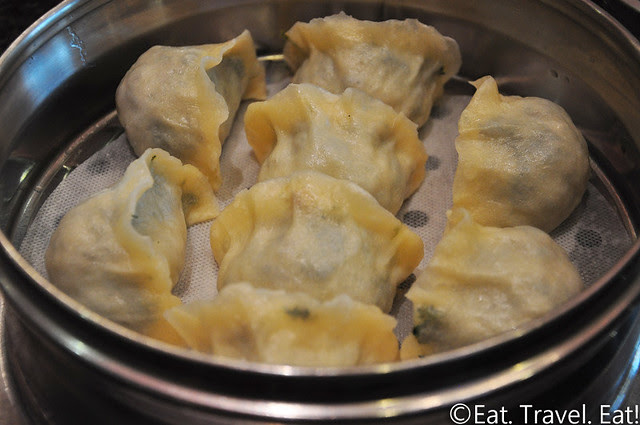 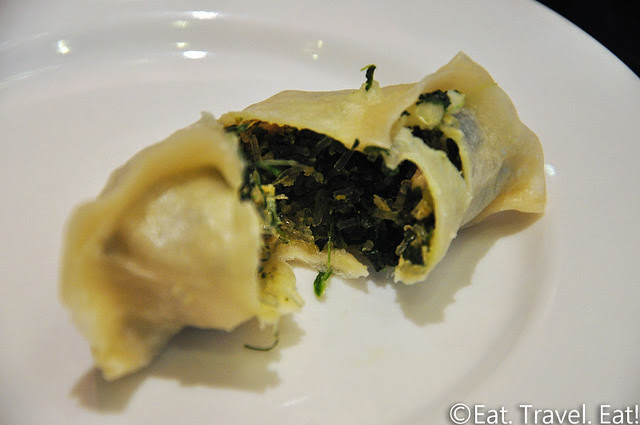 The steamed vegetable dumplings (8 pieces, 5.95 USD) were decent, with a chive and egg filling that was slightly dry and compact and thin, chewy skin. What was interesting about these dumplings, though, was that they used a different liner for the steamer. 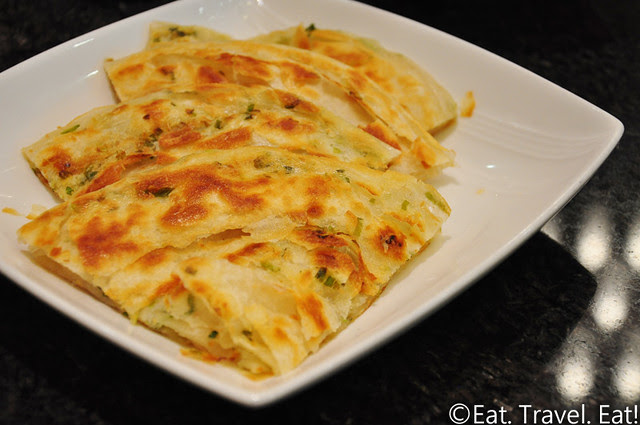 The green onion pancake (3.95 USD) was likewise solid. Fortune Dumpling's rendition offers great crispiness and fragrance from the outside searing, and multiple layers, but not necessarily green onion flavor. 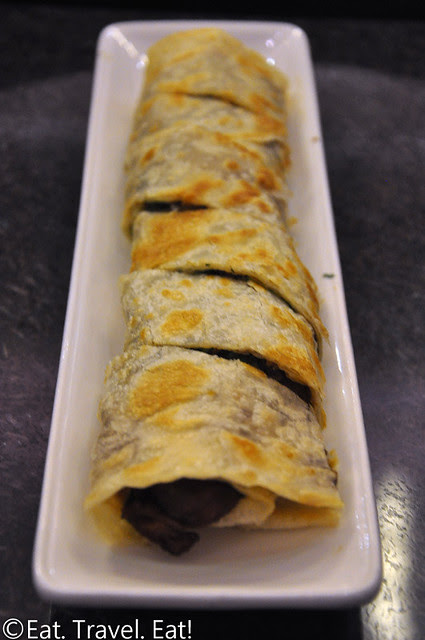 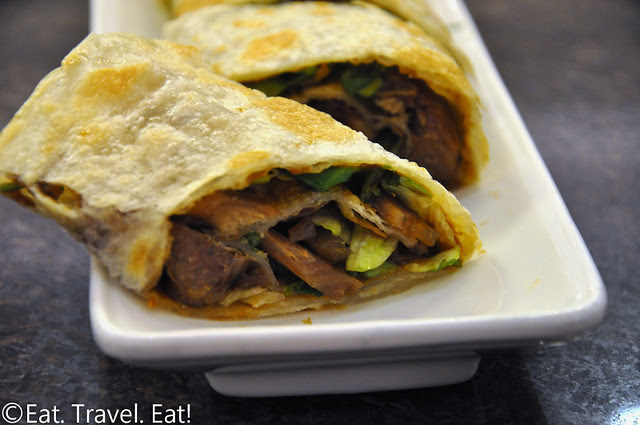 The beef wrap (6.75 USD) had plenty of warm, chewy beef tendon and beef slices throughout. Like the green onion pancake, the pancake used here was crispy. An interesting addition to the usual green onion and cilantro (not overused here) was several shreds of lettuce; it didn't add much or detract from the wrap. 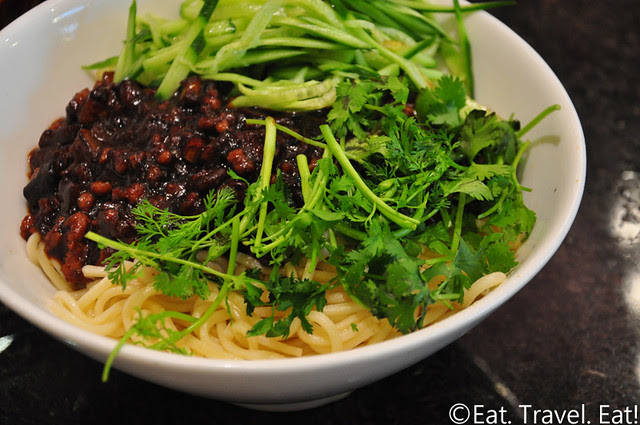 The jia jiang noodle- noodle with meat sauce (6.25 USD) fulfilled our jia jiang mian cravings. The sauce was meaty, flavorful, and chockfull of ingredients, and the noodles fresh, thin, and chewy.

Since we used to order Dumpling 888's beef noodle soup, we ordered the beef tendon noodle soup (6.75 USD) to compare. Fortune Dumpling's version had a lighter broth and handmade noodles; the beef tendon was nicely tender and flavored. Like its predecessor, preserved veggies were present as a garnish. 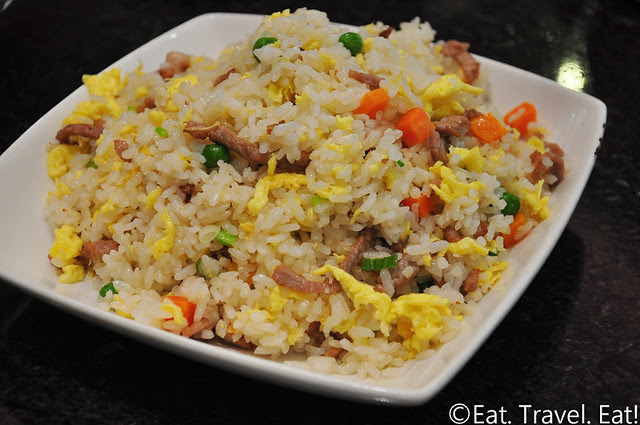 Fortune Dumpling's Pork Fried Rice (6.75 USD) was pretty good the first time around, with chewy, fatty short grain rice and sweet carrots and peas. However, when I ordered it again during a second visit, the rice was undercooked, making the dish rather unpleasant to eat. From that second meal as well, I also became extremely thirsty--a tell tale sign of MSG. 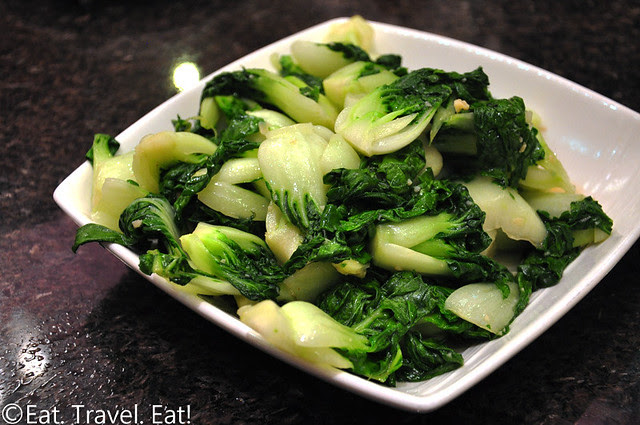 Stir fried baby bok choy (6.75 USD) was relatively dry, with little sauce/ cooking liquid. Other than that, these were tasty, garlic scented, and crisp--nicely done.

You'll find yourself a decent, filling meal, but do be aware of the MSG and also other additives as seen in their multicolored dumplings. If you don't mind, then it's a fine option in the area, though newer restaurants are adding to the restaurant variety at Atlantic Times Square.