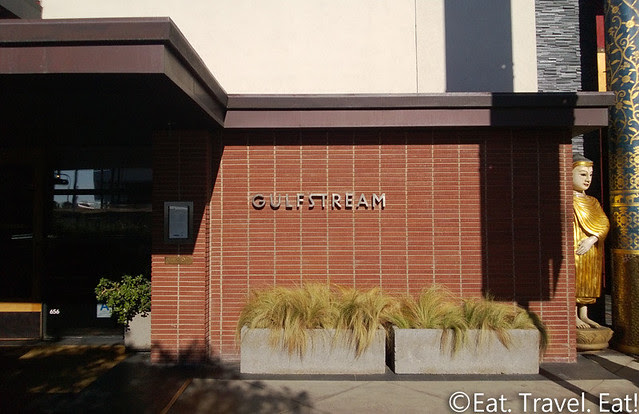 Recent lurking on Kevin's Kevineats.com prompted me, well, to think about Gulfsteam's crabcakes! After an event in Century City, I happened to stumble upon Century City's own Gulfsteam, located in the Westfield Century City mall. Quickly reviewing the menu, my companions and I immediately went in for a late lunch.﻿ 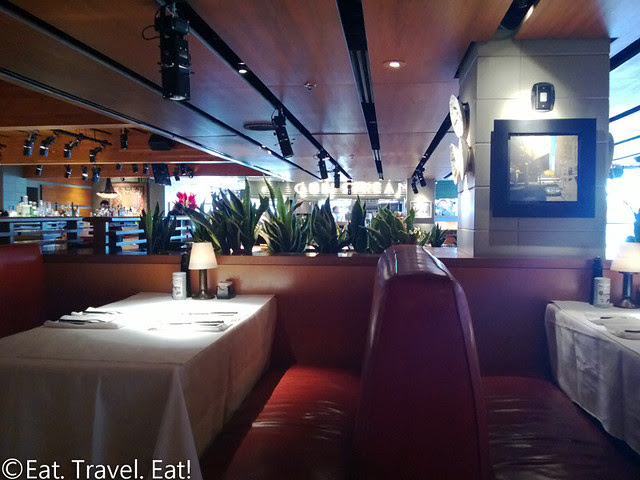 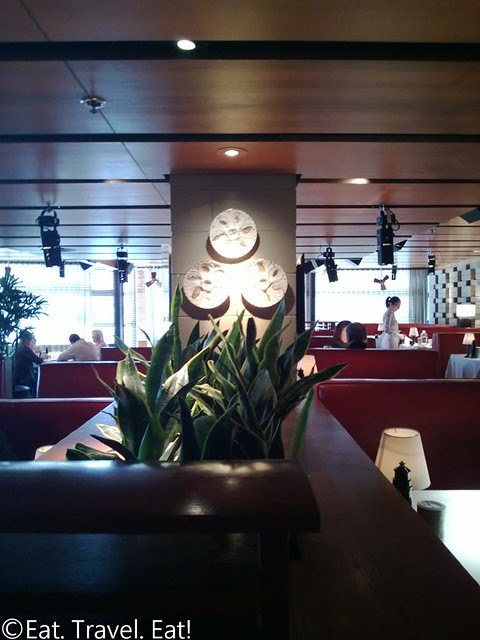 The interior was modern, clean, yet also dark. Plenty of oceanic themed paintings and plates adorned the walls, creating additional interest. One of the great features, however, was the open air kitchen. You could see the mise en place and chefs cooking as you entered the main entry, and after we had our meals, we saw several prepared ingredients for the dishes we ordered.
﻿ 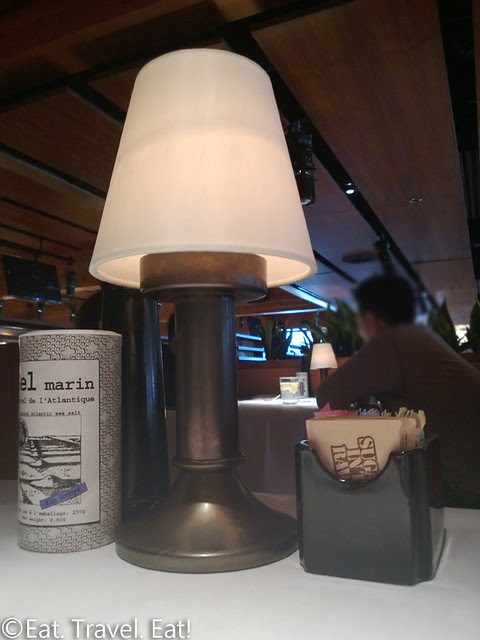 What was intriguing about each table was not how each table had a tableside lamp, but rather the large container of sea salt right next to it.
﻿ 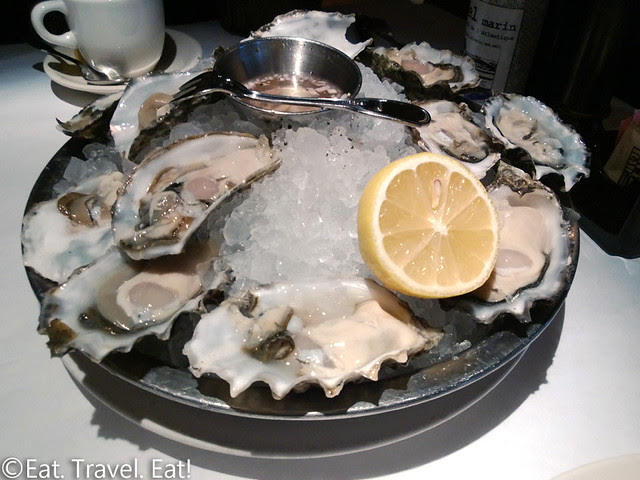 We began our meal not with the typical bread and butter (which was not offered to us during our meal), but rather a dozen of Skookum Pacific Small Oysters, from Skookum,Washington (28.00 USD). These were sourced from Walliin's Oysters & Clams LLC, and had a simply, briny flavor like that of the ocean. One, however, seemed to not taste awkward--this was the only flaw in our visit. 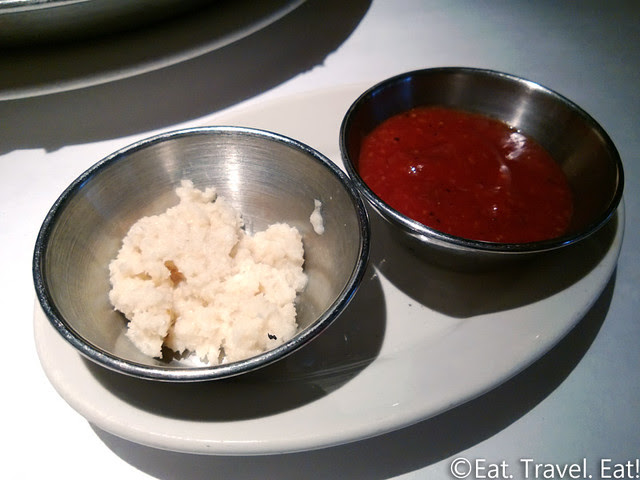 To accompany the oysters, champagne mignonette was initially provided, but we were also provided cocktail sauce and horseradish after the server prompted us whether we would like to have both condiments available. 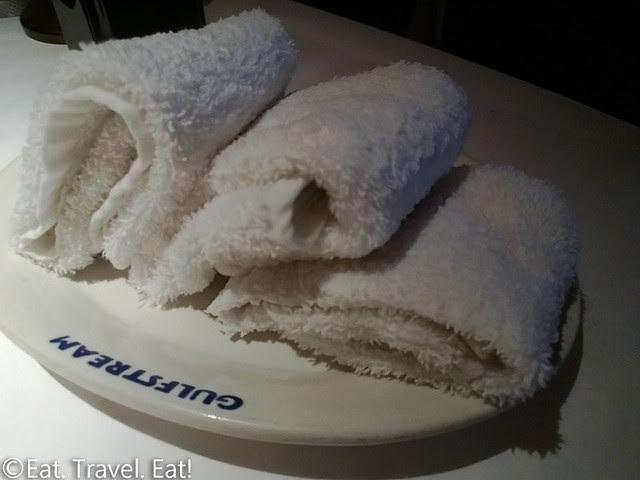 To cleanse our hands for the main courses, the waitress brought us some refreshing hot towels. 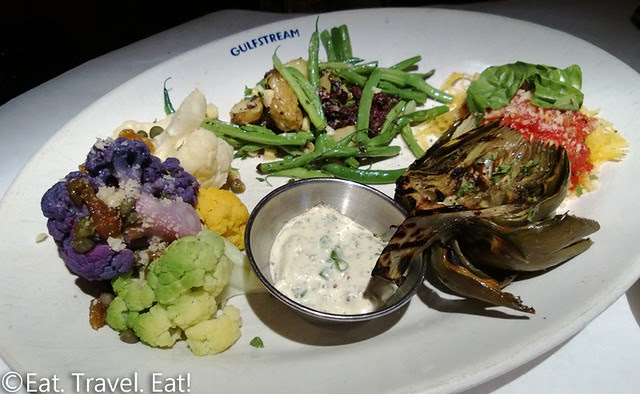 Gulfstream's Seasonal Vegetable Plate (15 USD) featured a wide variety of interesting vegetables, including blanched multicolor cauliflower, spaghetti squash with fresh tomato sauce and basil, a grilled artichoke, and a green bean and potato salad. ﻿﻿﻿Out of the entire plate, we enjoyed the spaghetti squash the most. 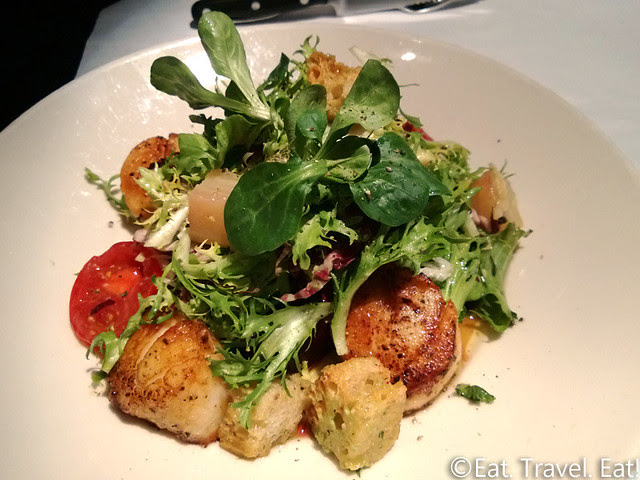 My companion's George's Bank Pan-Seared Scallops with Campari Tomatoes, Beets, and Wild Greens (22 USD) salad was quite amazing! Not only was there a fresh variety of greens (not from a bag), there were so many scallops! Each was so meaty, tender, and juicy, and the outside searing was crisp, yet also quite salty to provide a counterpoint with the lighter salad ingredients. Great mix of flavors and textures. 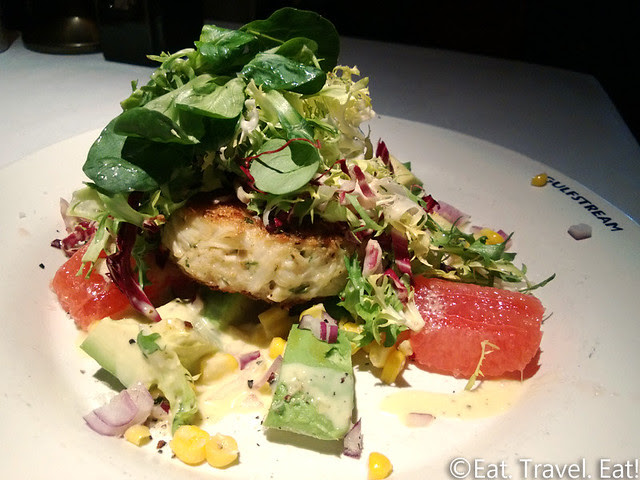 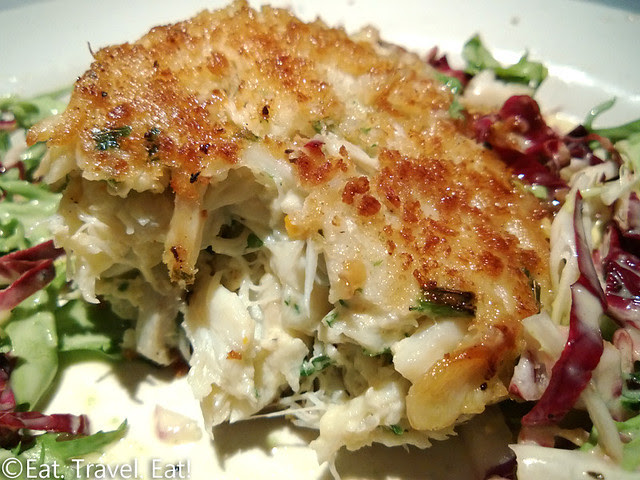 Since I had been intrigued by the crabcake in the first place, I ordered the Crab Cake, Grapefruit & Avocado with mixed greens, fresh herbs and champagne vinagrette (22 USD) salad. The light and sweeter ingredients in this dish--corn and grapefruit especially-- along with the creamy avocado provided a great balance to the meaty, briny crabcake--that tasted just like crab-- and its crispy yet salty outside sear. I've never had a crabcake like this other than one from XIX Restaurant (Hyatt at the Bellevue) in Philadelphia, PA. Delicious and memorable!

Overall, Kevin's recommendation was certainly on point. Gulfstream is definitely a 2 restaurant chain (of Hillstone's larger portfolio of restaurants) worth visiting for a special casual dining occasion. 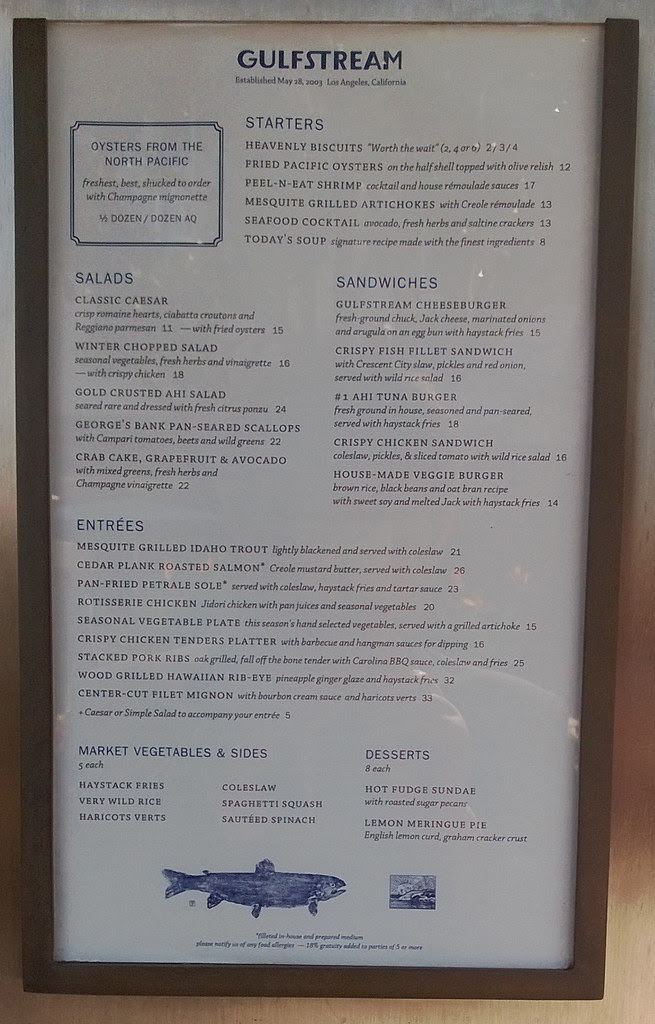