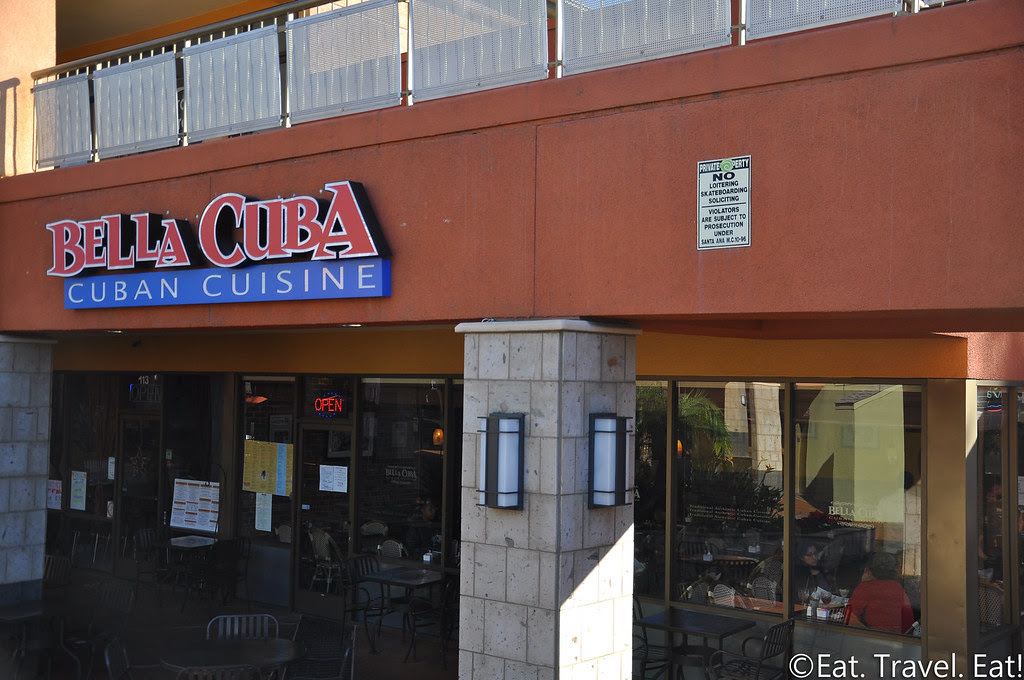 Recently, we were looking for another restaurant to try out near South Coast Plaza, and stumbled upon Bella Cuba. It happened to receive positive reviews from social media as well as from Gustavo Arellano from the OC Weekly, so we decided to check it out. Conveniently, it was just across the street, and housed in the same plaza as Inka Mama's, a restaurant we had just recently visited. What a coincidence! 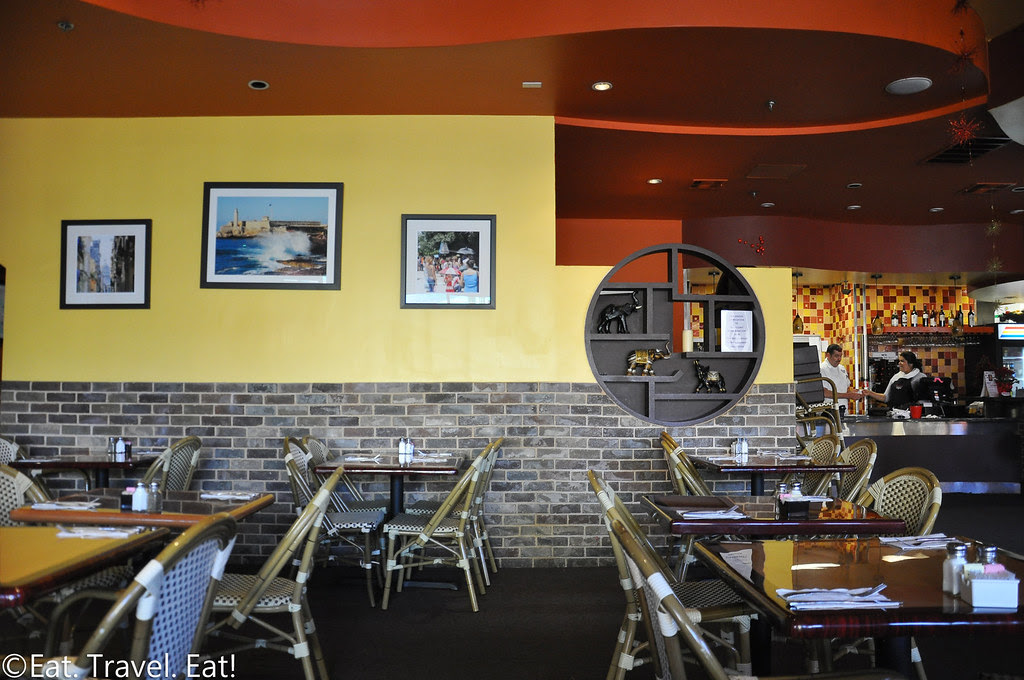 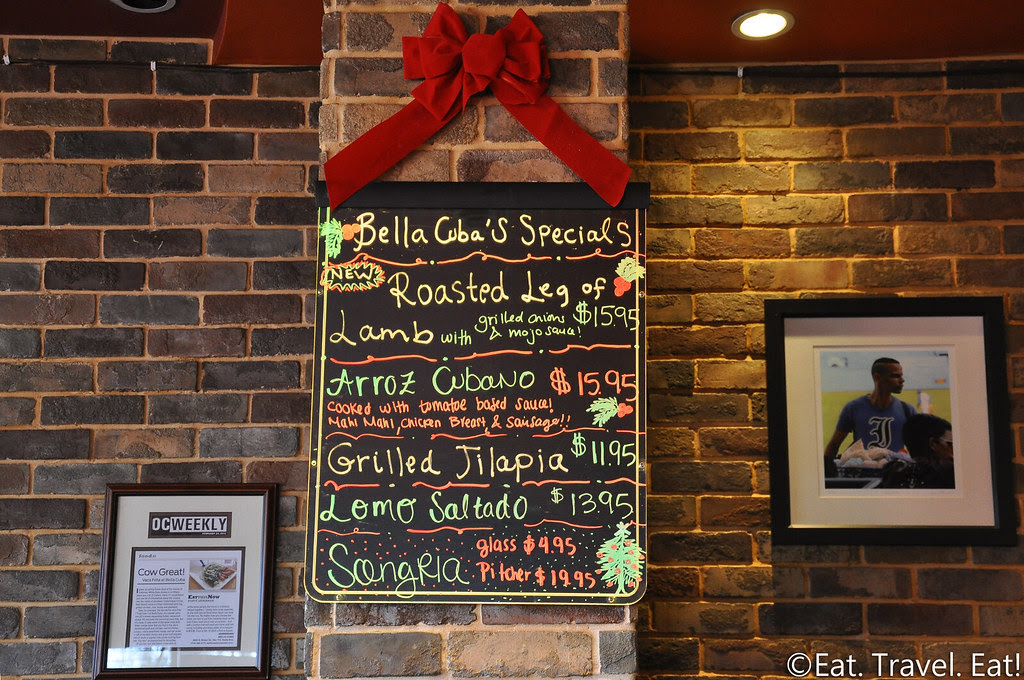 Inside, we were met with a festive interior and plenty of hungry lunchgoers, even though it was already approaching 2 in the afternoon. Though we were first immersed in the large-printed lunch menu, a specials board was also boasted on a nearby wall. I found the addition of lomo saltado to be interesting; besides it, however, Bella Cuba does have some other Peruvian influenced items. 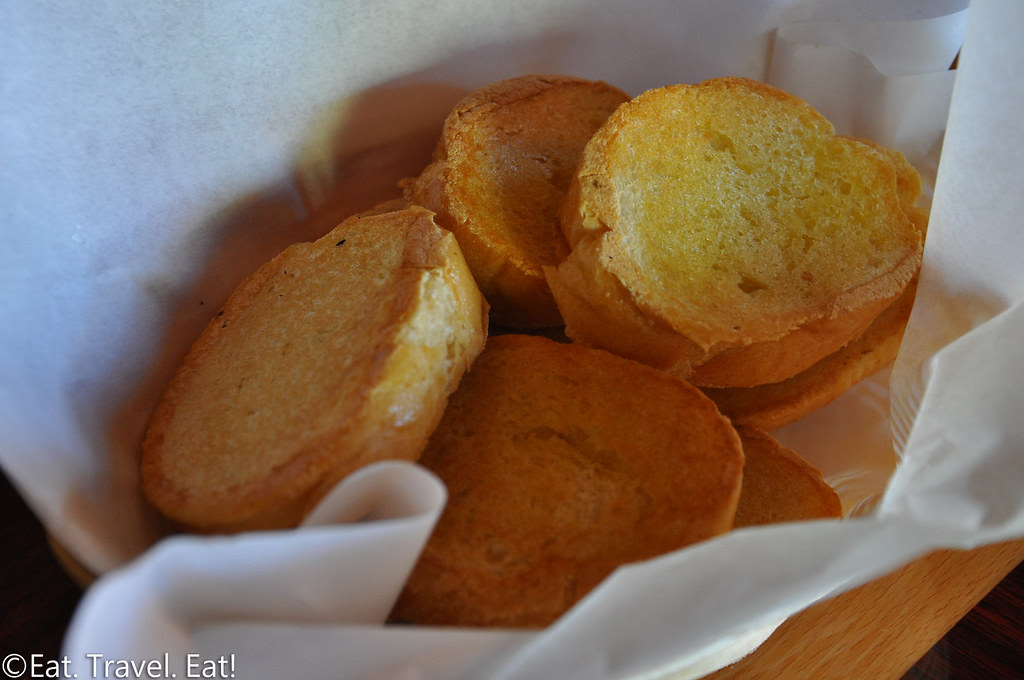 While we waited for our orders, we munched on plenty of the complimentary toast. Buttery and crisp on the outside and soft on the inside, these were fine snacks, if not a tad greasy. Maybe we were too hungry, but we finished two baskets of the bread by the end of the meal! 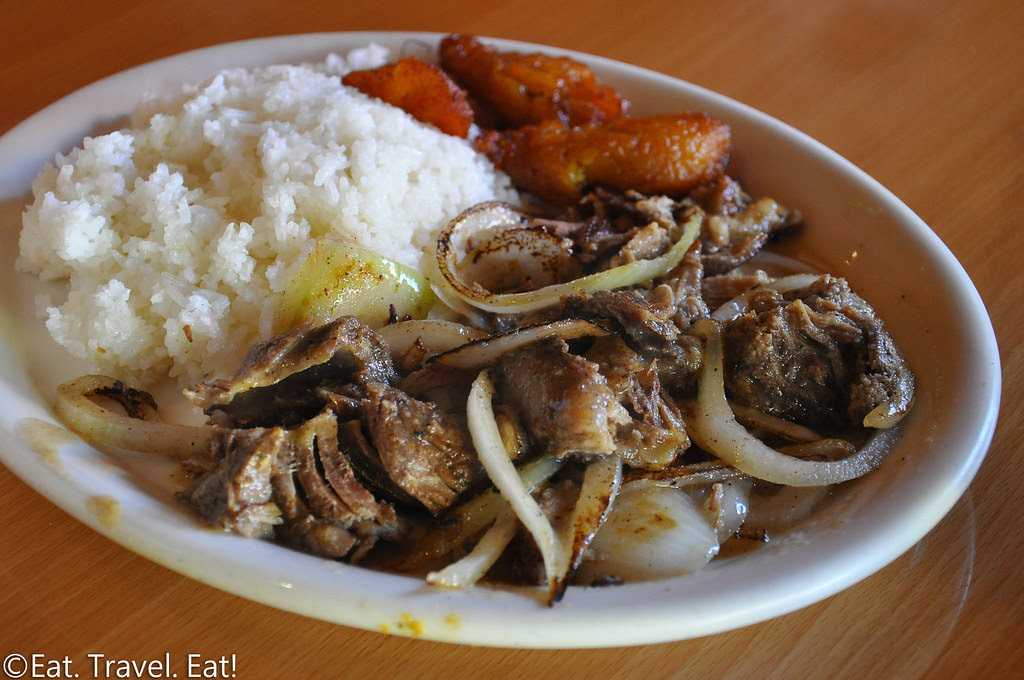 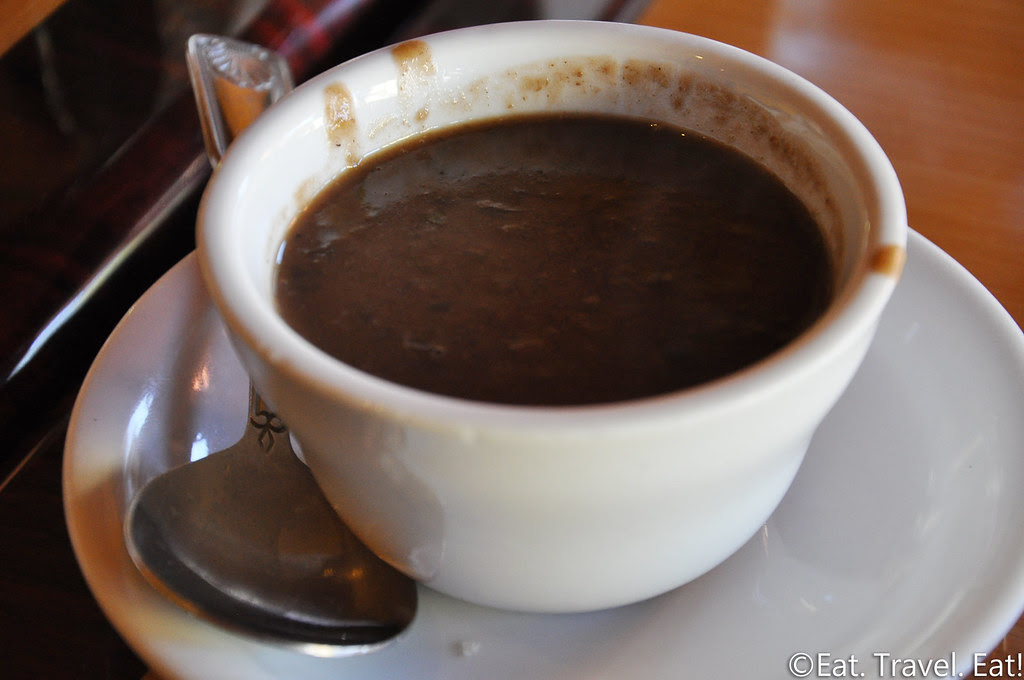 As we all ordered main entrees for our lunch meals, we received sides of rice, fried plantains, and a bowl of black beans with our entrees. The Roasted Leg of Lamb Special (15.95 USD) featured plenty of pieces of flavorful and tender lamb leg and sauteed onions in a citrusy and acidic mojo sauce. The mojo sauce as quite powerful, but not enough to mask the flavors of the lamb leg or sweet onions. 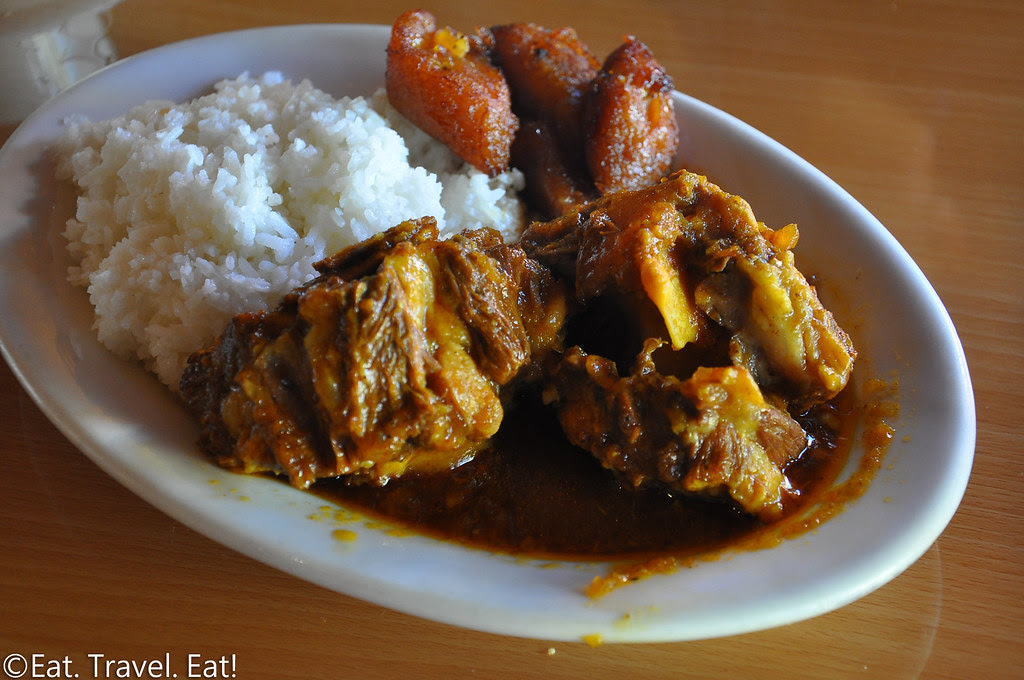 We really liked the sauteed oxtail (13.95 USD), however, as it featured a more complex and flavorful creole sauce instead of the citrusy mojo sauce, and some extremely tender, fall off the bone oxtail. Though we wanted to try a larger number of different dishes for variety, we would have happily just ordered oxtail instead had we known what the other dishes would have tasted like! 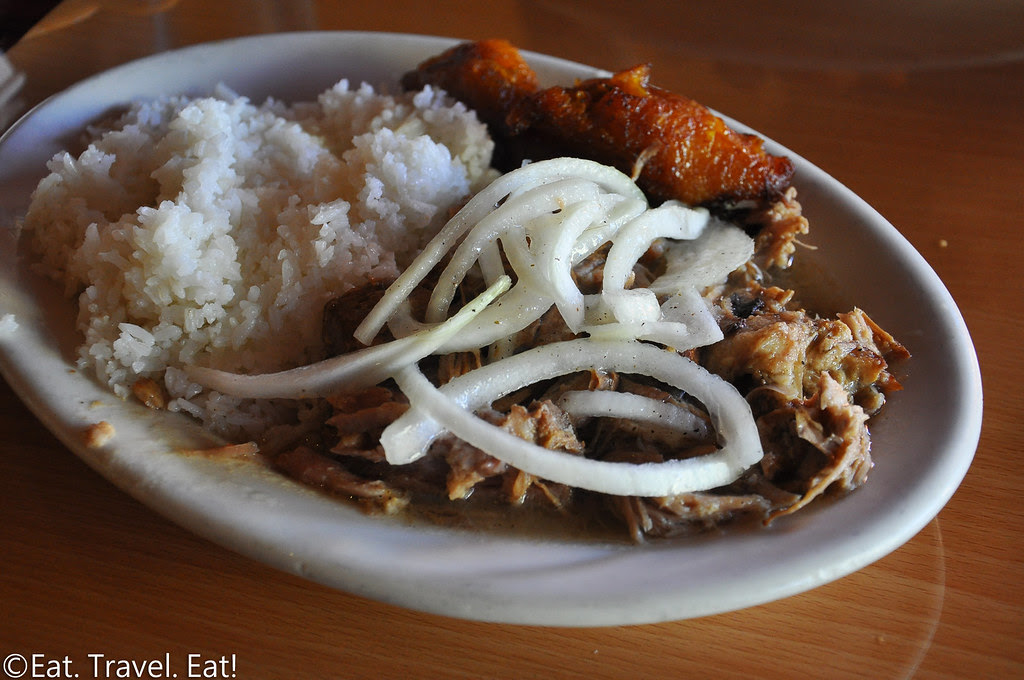 Bella Cuba's roasted pork (9.95 USD) was quite citrusy and fatty, with thick chunks of pork that featured plenty of marbling throughout. The citrus and raw onions helped cut down on the grease, but overall, it was still a tad fatty. On the other hand, I enjoyed the rusticity of the Bella Cuba's roasted pork compared to the Porto's more uniform version.

Bella Cuba's generous portions, convenient location, and tasteful dishes make it a great option for those in the area.