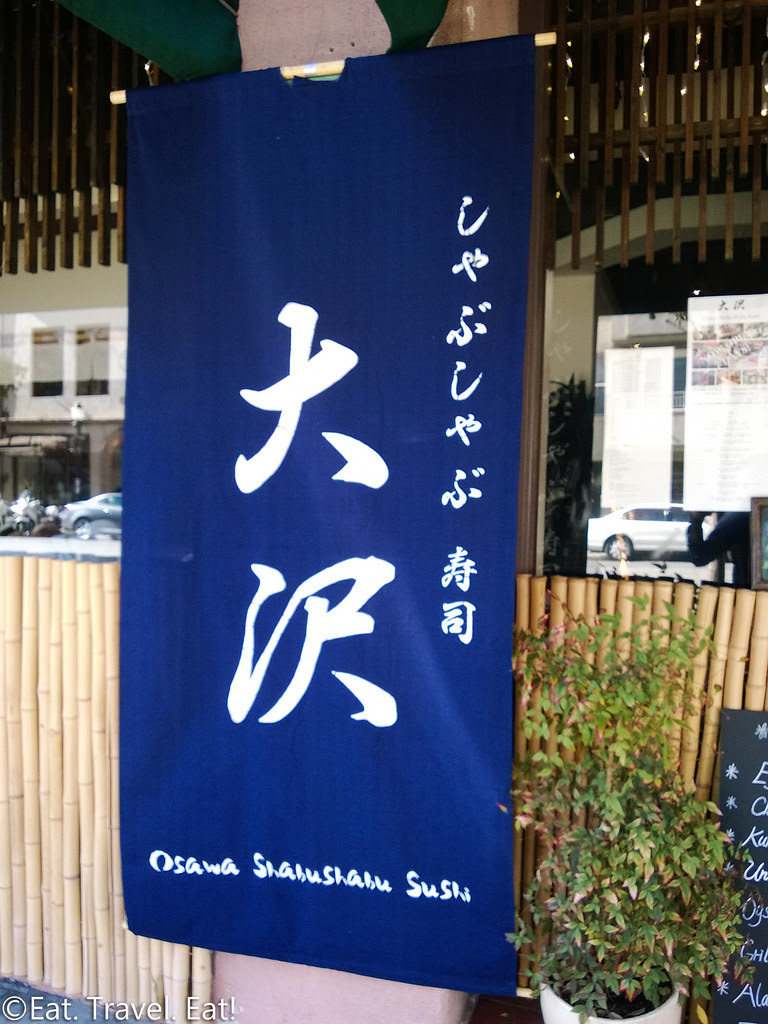 We wanted to visit Shaab Japanese Cuisine in Pasadena, CA again recently, but at the entrance stood a different restaurant: Osawa. Quite confusing, considering Shaab has existed for so many years in Pasadena! (consequently, photos taken with my phone, a Nokia Lumia 920) 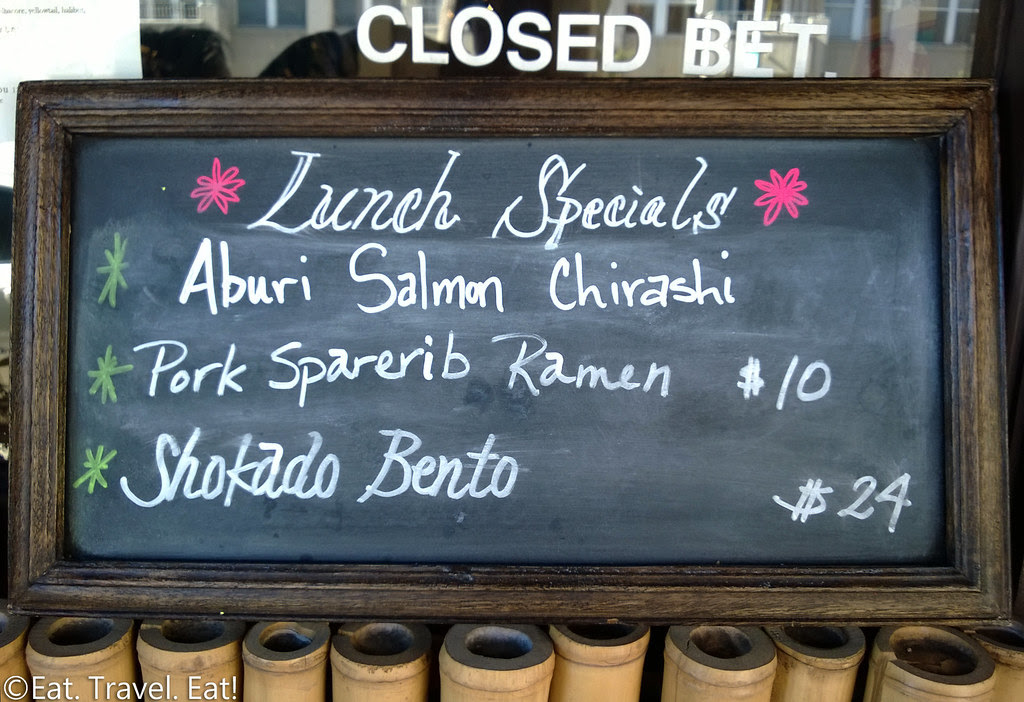 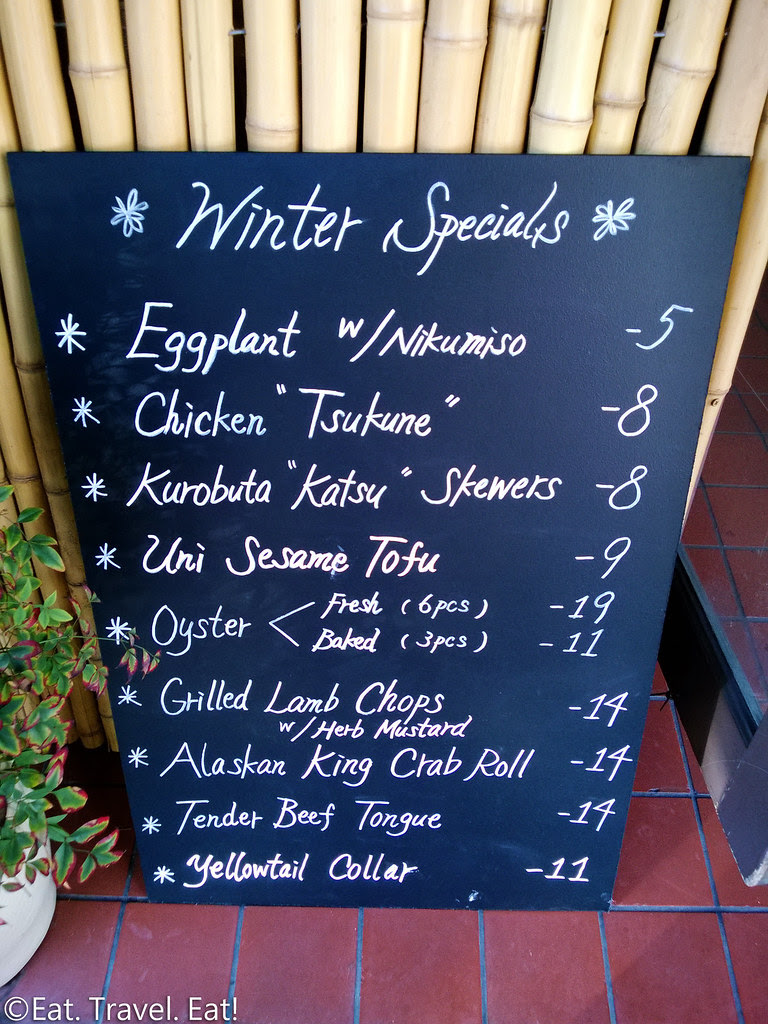 Though we were about to change course, we had to first do some analysis of the lunch specials and  winter specials--which vary upon the day--as well as the regular lunch menu. All of the menus expressed quality ingredients, and with that thought, we walked in.

Inside, we found a refreshed, more cohesive interior than that of Shaab's. It was also then that we found out that the owners of Shaab decided to retire, hence the introduction of Osawa in Shaab's former space. 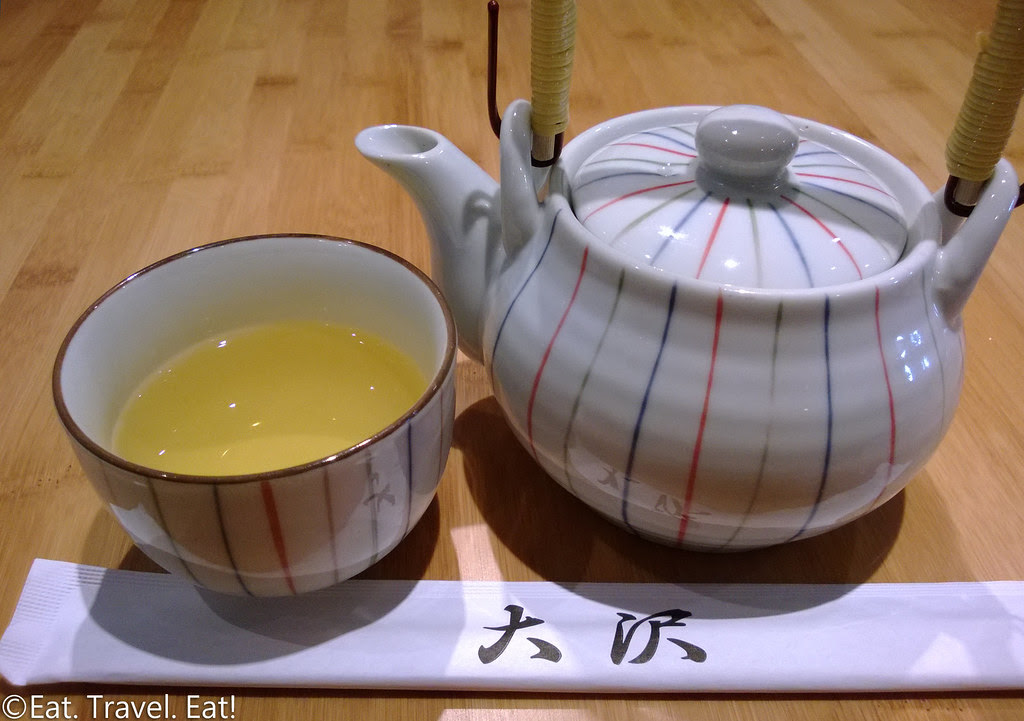 Sitting down, our waitress enthusiastically provided details about the lunch specials, which change day to day. She was particularly enthusiastic about the pork sparerib ramen, a currently off-menu item  during our visit. Such drive represented the staff during our entire visit--everyone was so enthusiastic and happy to greet and serve the customers. Though we thought it was simply because the restaurant was new, we did not know at the time that Osawa has already been in operation for over half a year--much past the time of a new restaurant's grand opening fanfare.

To drink, we requested some green tea, which ended up being complimentary. The roasted green tea was quite fragrant and a great start to the meal, and a tea pot provided at the table allowed us to do our own refills--a nice touch. 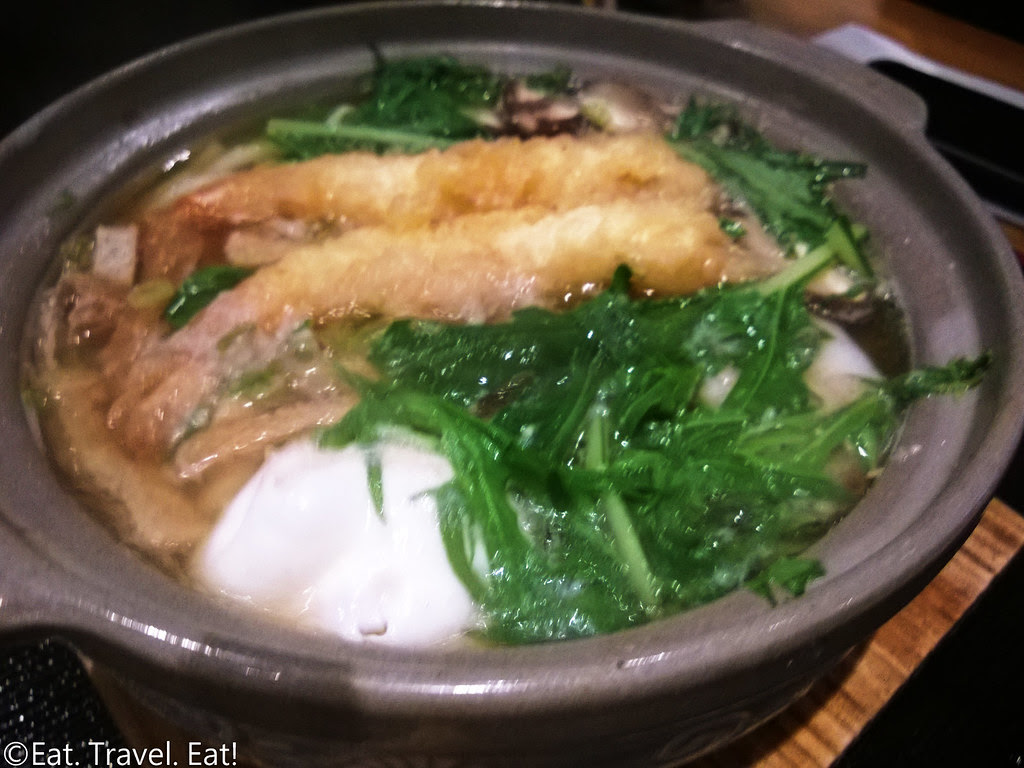 (apologies for the blurry photo)


Nabeyaki udon (11 USD) featured udon, two shrimp tempura, a poached egg, mizuna, and fish cake in a hot pot. Theatrically, the pot was placed on our table, and the lid was subsequently removed to present the dish. Though I wasn't able to try out this dish, my companion was quite satisfied and liked the quality of the ingredients. He did wish, however, that the shrimp tempura was placed separately, for the tempura was pretty much the first item that had to be eaten if one wanted to still savor the shrimps' crunchy batter. 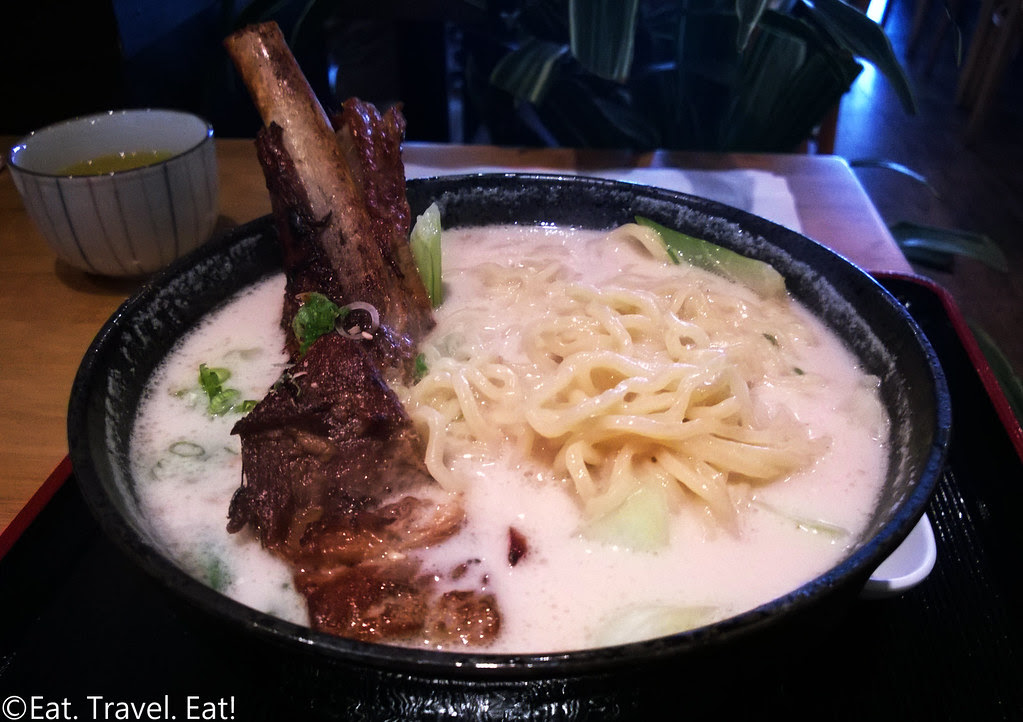 The pork sparerib ramen (10 USD) was truly as luscious as our waitress described. Osawa's ramen broth features a smooth tonkotsu pork broth, which is further enhanced with the addition of creamy coconut milk. Though the coconut's fragrance wasn't too significant, its creaminess further promoted the unctuousness of the broth. This was complimented with the tender pork sparerib and its thorough marinade in a sweet soy mixture, which reminded us of a 18 dollar ramen we had at Nobu recently (review of that to follow hopefully soon). The chewy, not too thick ramen noodles were cooked just right, and the sesame seeds, thinly sliced green onions, and bok choy pieces rounded out the rich ramen. Wow. 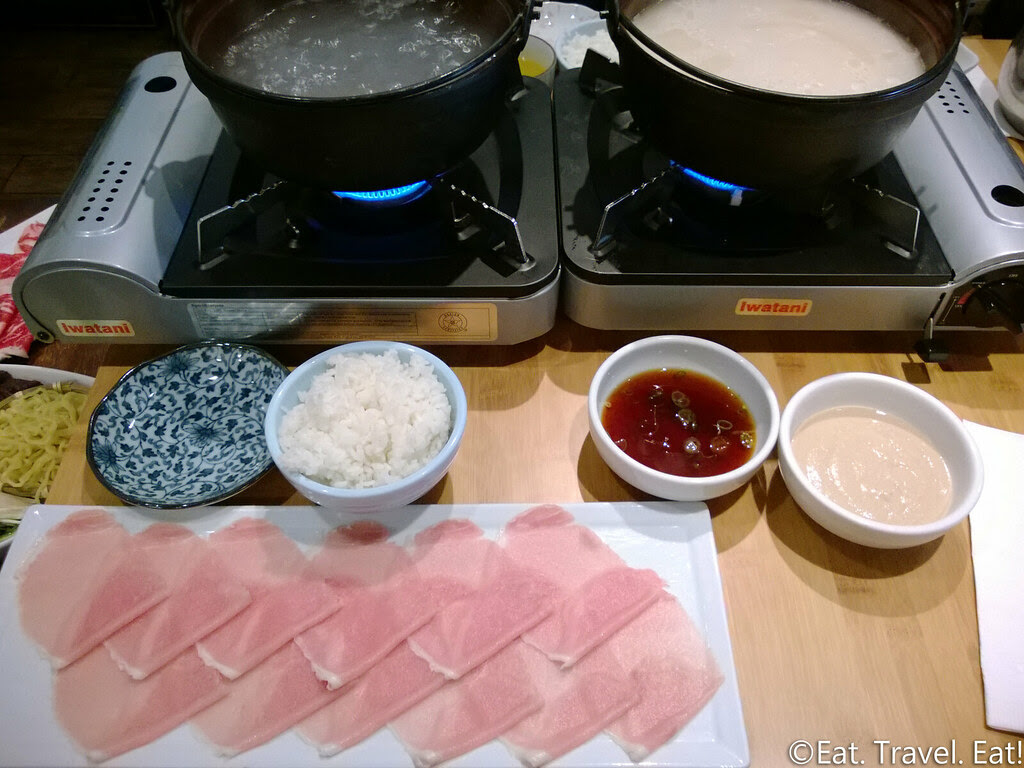 We also ordered two shabu-shabus: a beef shabu shabu (14 USD) and a tonkotsu kurobuta pork shabu shabu (13 USD), and the settings for both were quite elaborate. First, our tables were set up carefully to allow easy enjoyment of the shabu shabu pots. This meant that both burners were set side by side and a side plate, rice, and two dipping sauces placed directly in front of us. Ladles for the soup, as well as a skimmer (for any foam) were placed on the side in a metal pot. And on a side table specially opened for the occasion were our vegetable platters and meat slices. 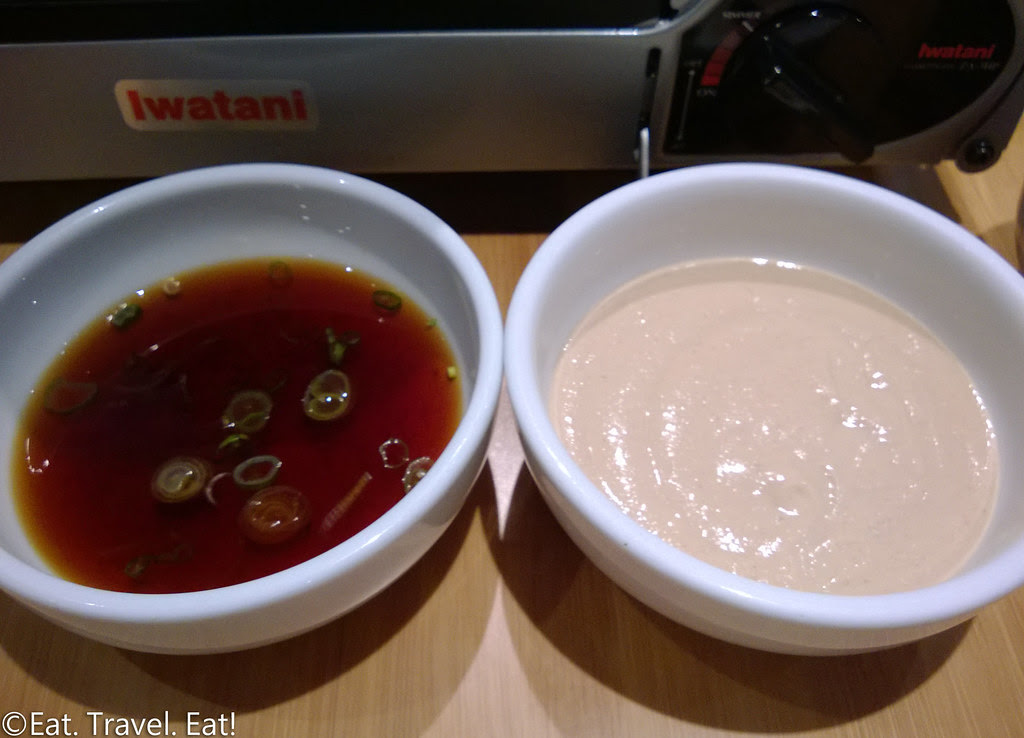 Common to both shabu shabus were a bowl of rice and dipping sauces. Osawa takes an additional step here, for the ponzu sauce is house made, and the sesame sauce is not just sesame sauce, but rather a cashew sesame sauce, as our waiter pointed out. The addition of cashews made the sauce much richer and creamier on top of the typical shabu shabu sesame sauce taste. 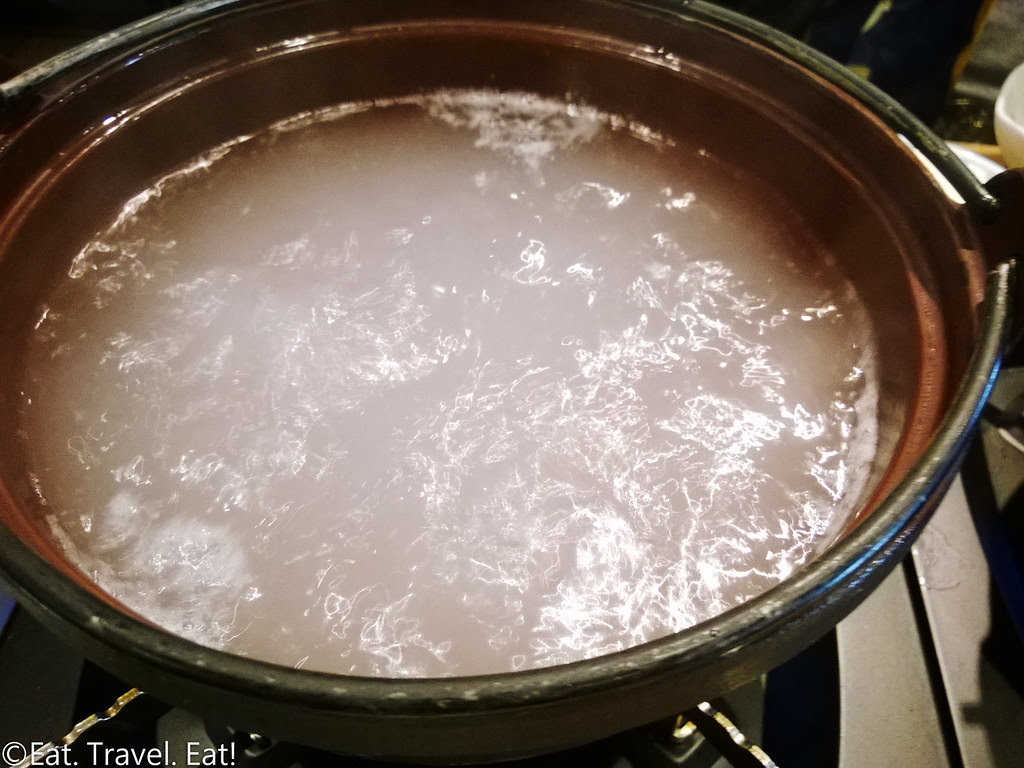 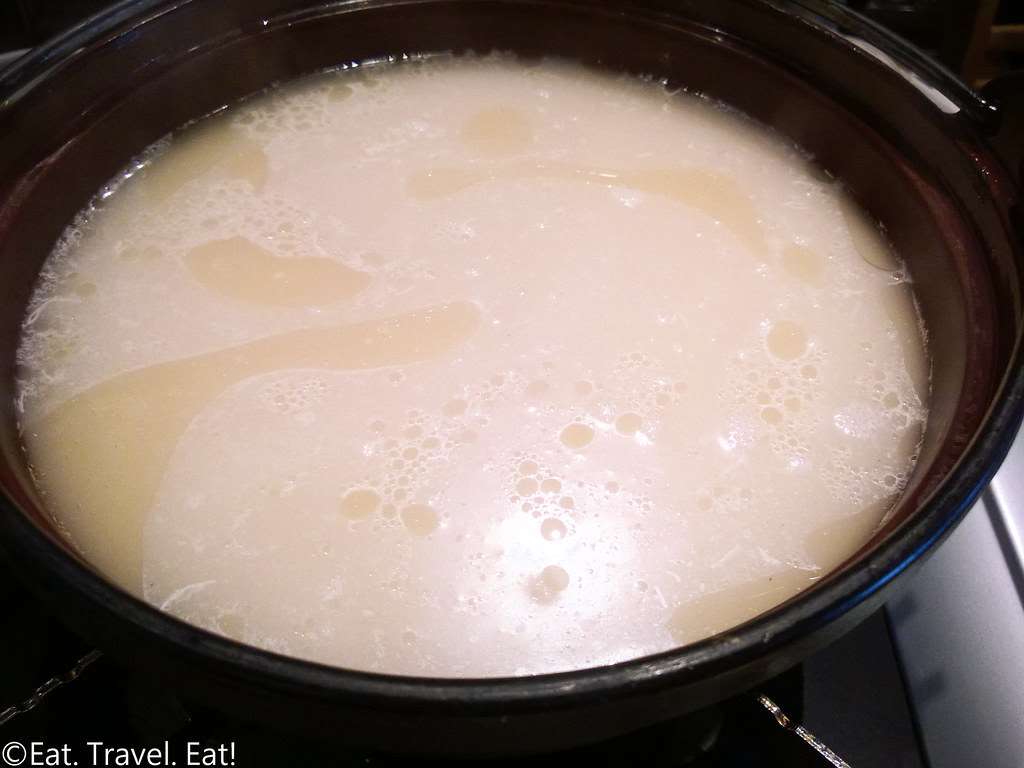 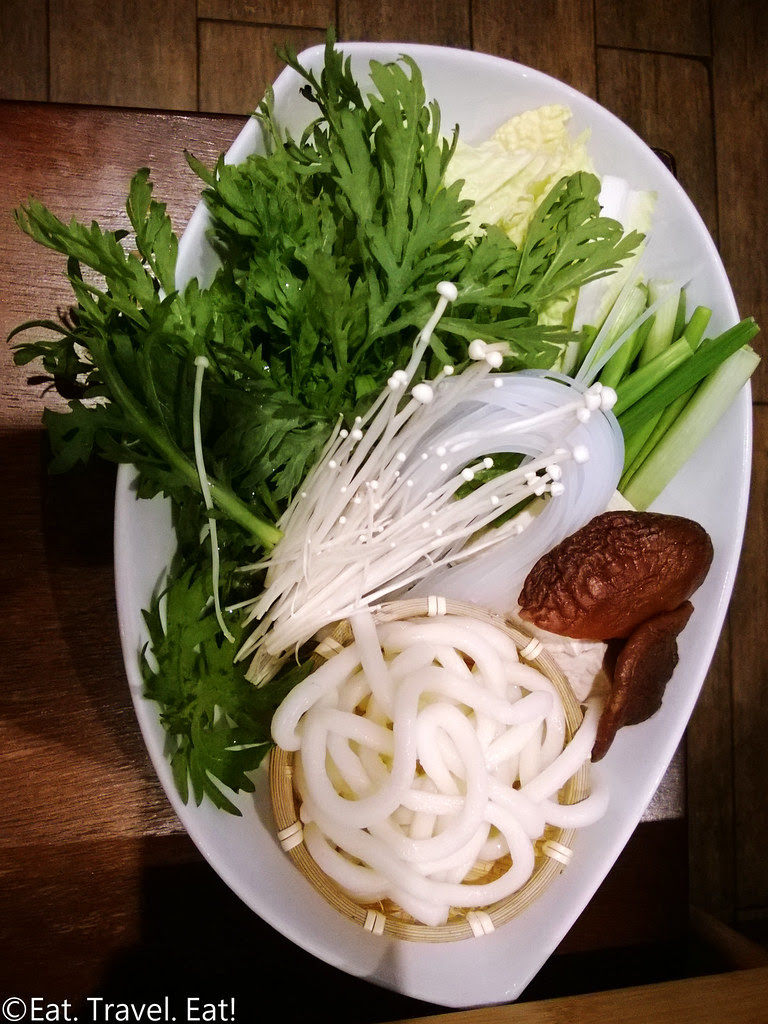 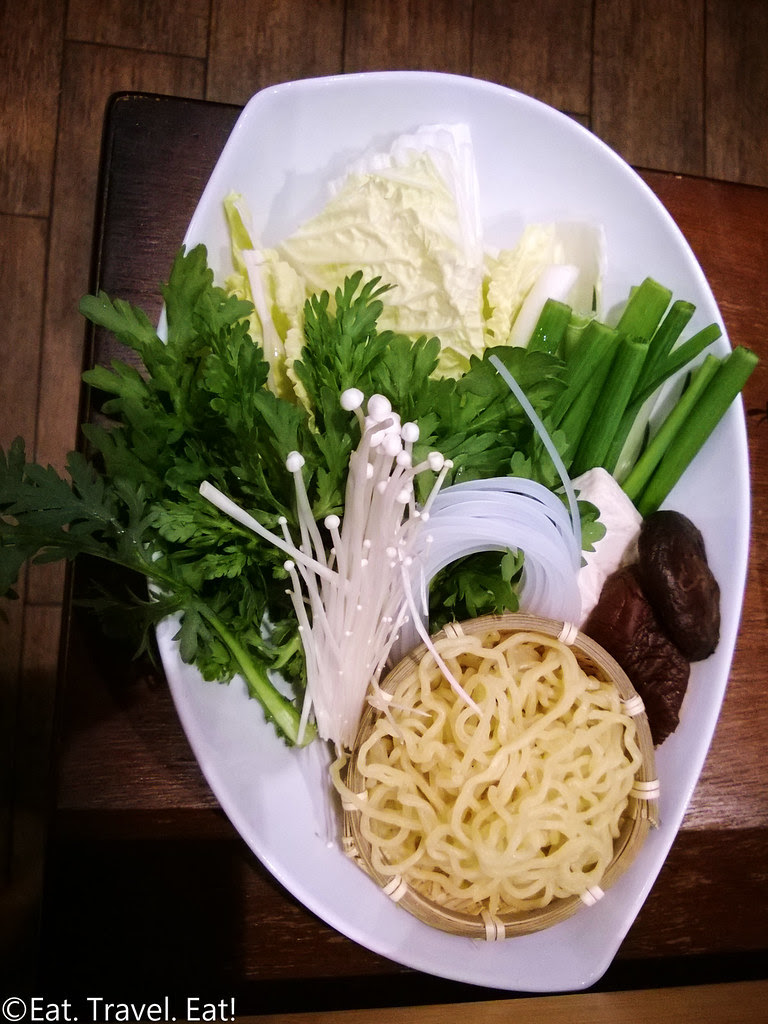 The vegetable plates were quite similar, featuring two shittake mushrooms, enoki mushrooms, two square slices of firm tofu, a small set of glass noodles, chrystantheum leaves, green onions (both white and green parts), and napa cabbage. They differed in that the beef shabu shabu featured udon, while the pork shabu shabu featured ramen. Though the amount of noodles was plenty (perhaps even a tad much-- each filled an empty rice bowl to its brim), we could have appreciated even more vegetables. They were all quite delicious and fresh accompaniments, after all, even if we were already full with what was provided by the end of the meal. 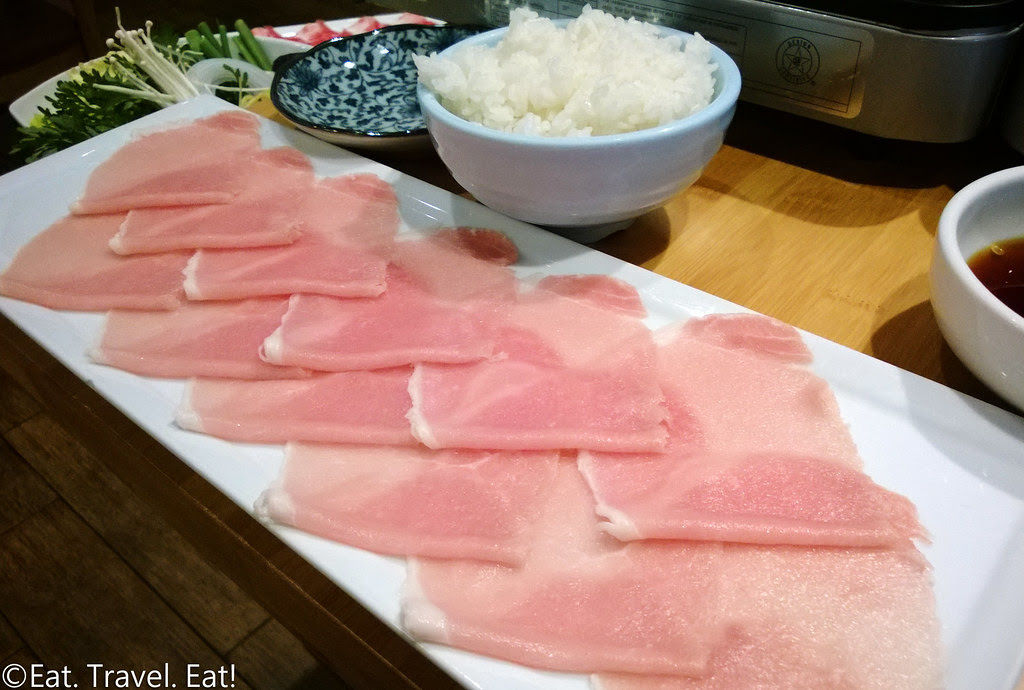 The meats were quite unctuous cuts. Though only seven slices of prime beef came with the beef shabu shabu, they were exceptionally tender with no gristle, even when fully cooked. 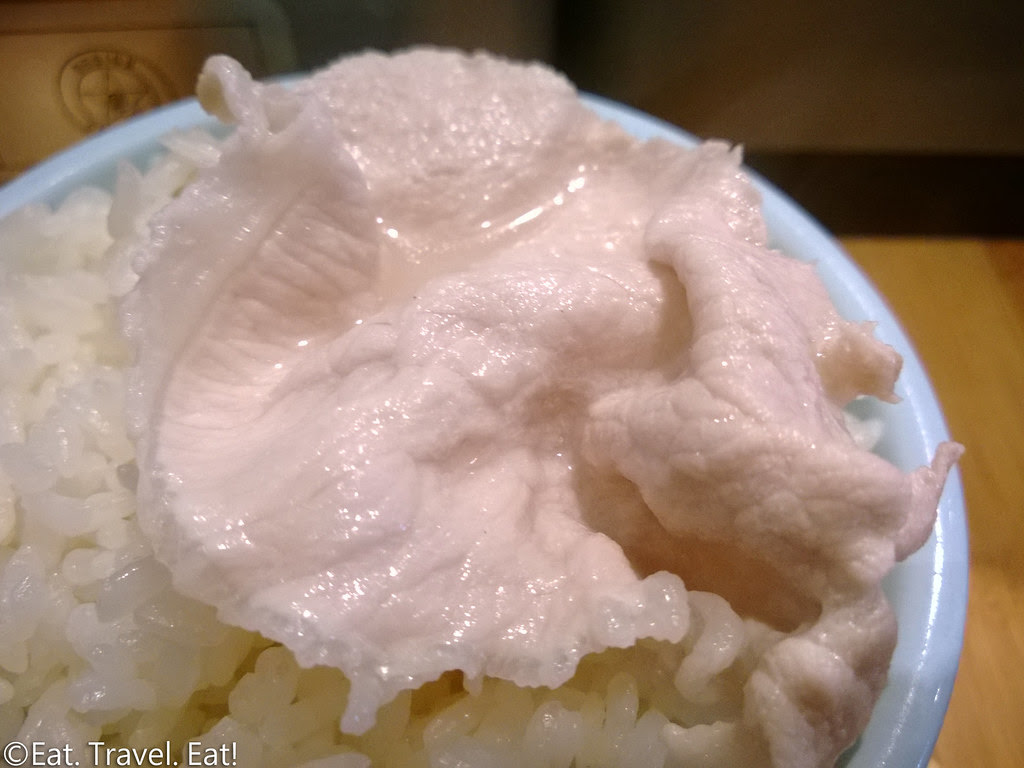 The 12 slices of kurobuta pork were all quite tender, abeit slightly firm. A swish in the pork broth pretty much meant that one could eat anything put inside straight up-- the sauces were not really even necessary, but a fun addition when desired.

Overall, we were extremely satisfied! This was such an enjoyable meal. The enthusiasm of the staff, attention to detail and scrumptious dishes made this lunch a great dining experience.

Unknown said…
Agree on the quality of food and service. The recent new lunch off-menu specials is a new thing.

We actually prefer Osawa to Shaab!

I'd agree with you on preferring Osawa to Shaab! They've made quite a lot of improvements. Good to hear the off-menu specials are new-- that partially explains the enthusiasm.
January 04, 2014