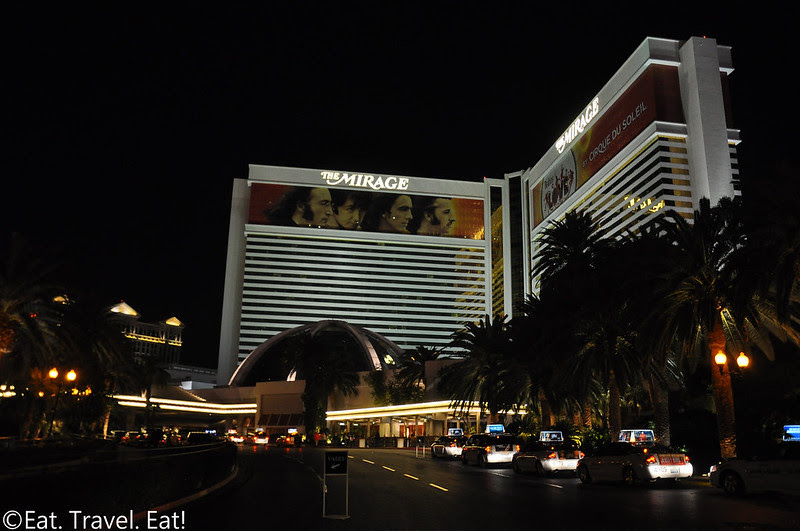 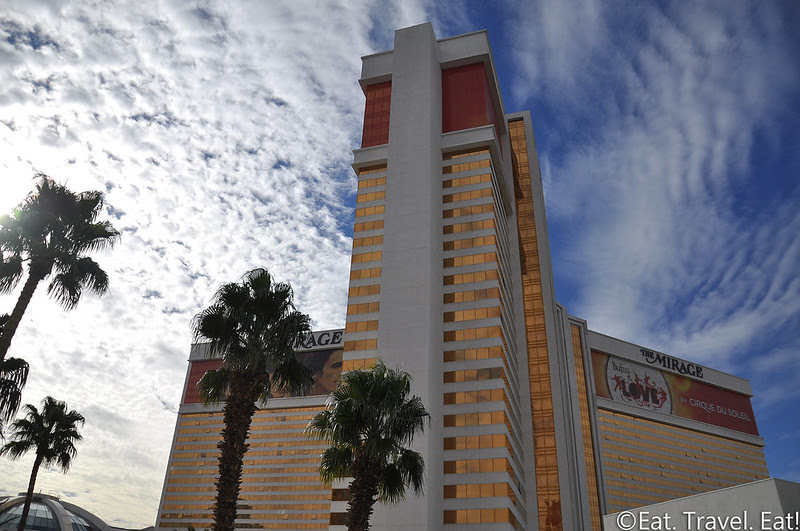 The Mirage Hotel and Casino recently celebrated its 24th anniversary, and with its anniversary came additional tinkering to the hotel's public spaces. Here's a look at changes we noticed on our last visit to the Mirage. 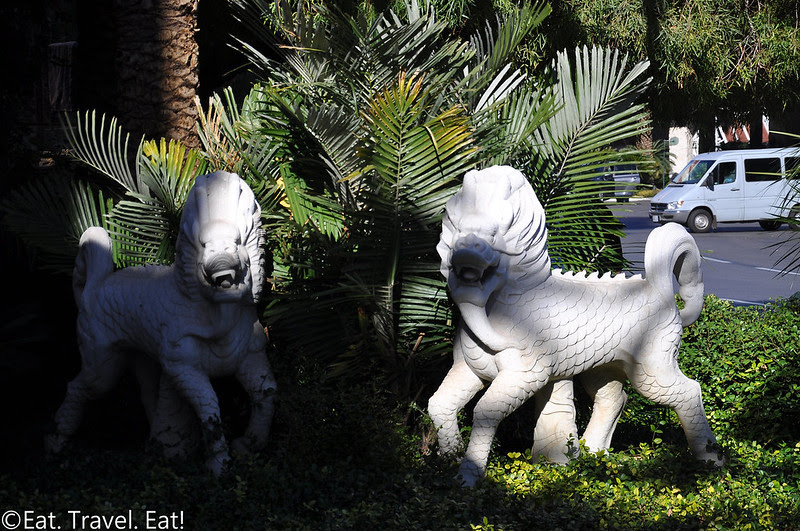 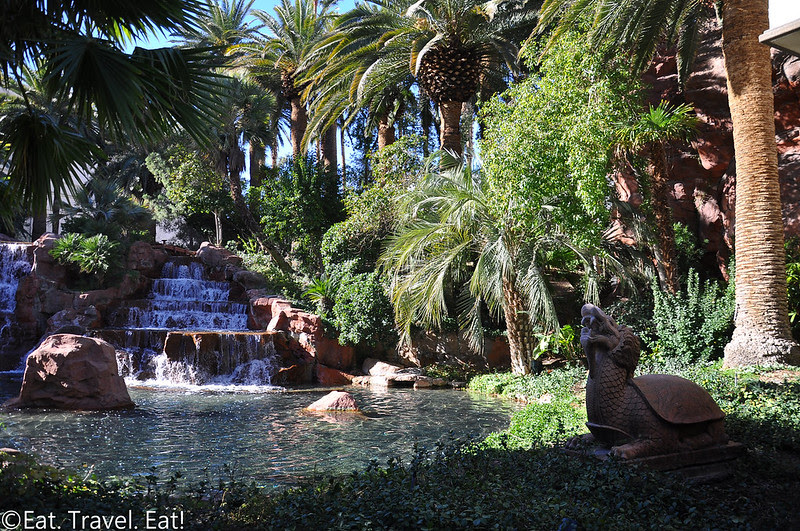 Outside, many of the elements that were with the hotel when it opened have stayed, like the Mirage Volcano and the many water and landscaping elements. A people mover to Las Vegas Boulevard, however, has been removed, and replaced with just a modern walkway with simple railings. Also, the LOVE banner has been updated to feature the Beatles more so. Ironically, a 3D rendering of the Mirage for advertising doesn't feature this banner, however. 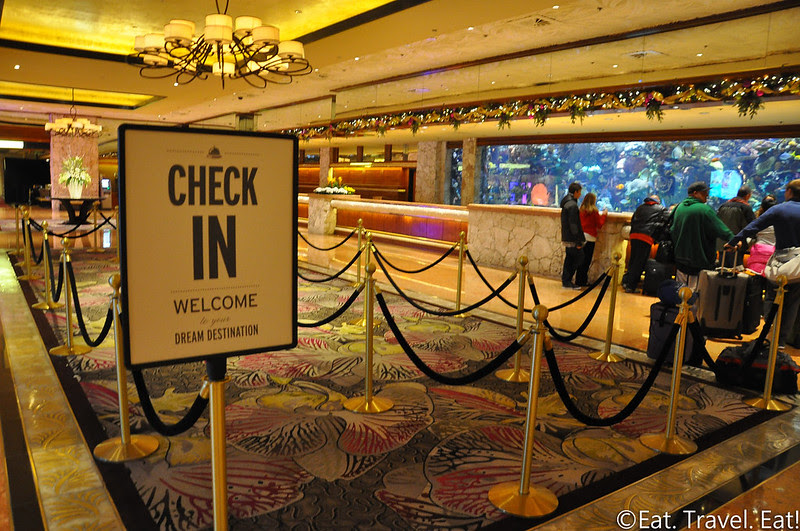 Inside, check-in and check-out has finally been changed to a single line queue, which is much more efficient than the previous system. It's quite surprising though, how big this line was during check-out (mornings)--it was filled to the queue entrance!

Also note the holiday decorations (white flowers, apparently are in), as well as new carpet, which was also recently installed. 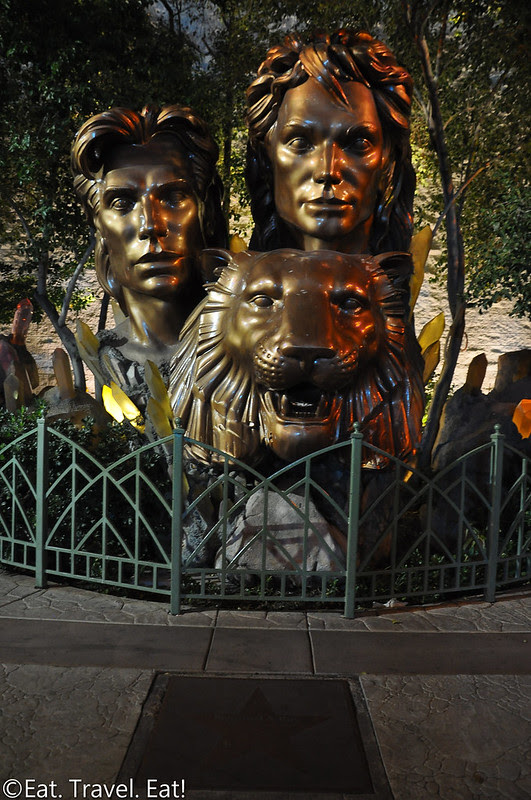 Sigfried and Roy still maintains a small presence at the Mirage. The free white tiger exhibit has been replaced with BLT Burger, while the Sigfried and Roy Secret Garden and Dolphin Habitat remains. 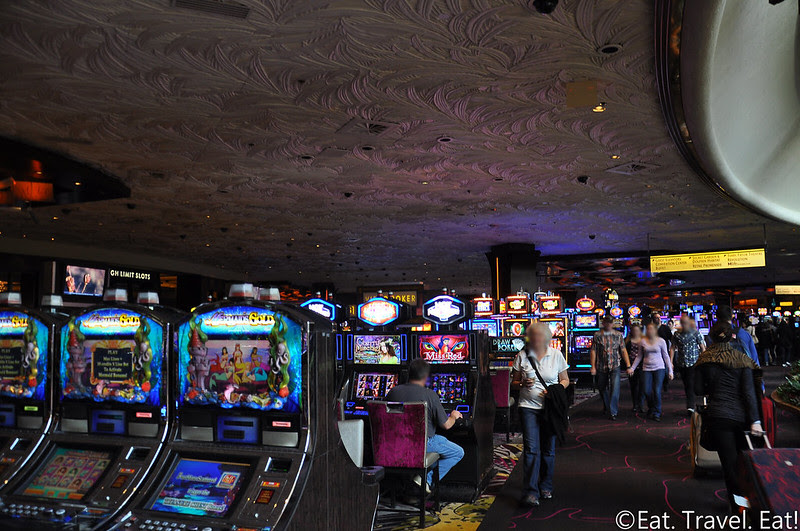 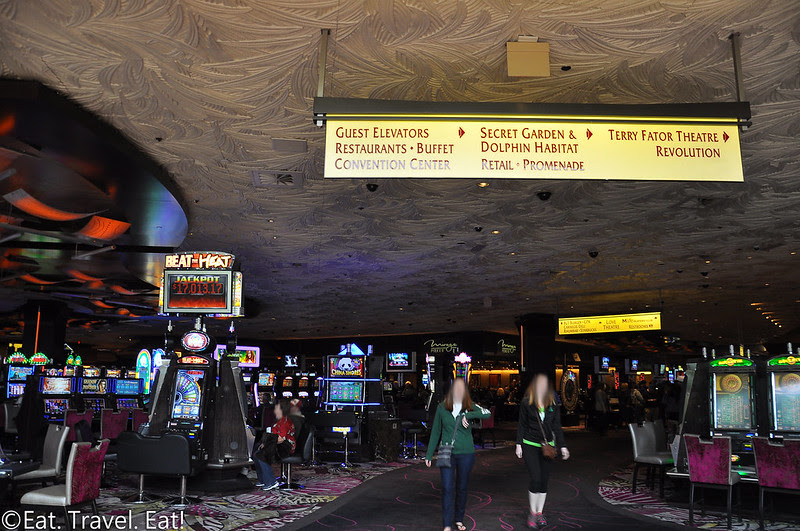 The casino also sports the new carpet, creating a modern floral feel that is furthered by the existing modern lighting fixtures atop. Now what's left to completely change the look are the ceiling tiles! 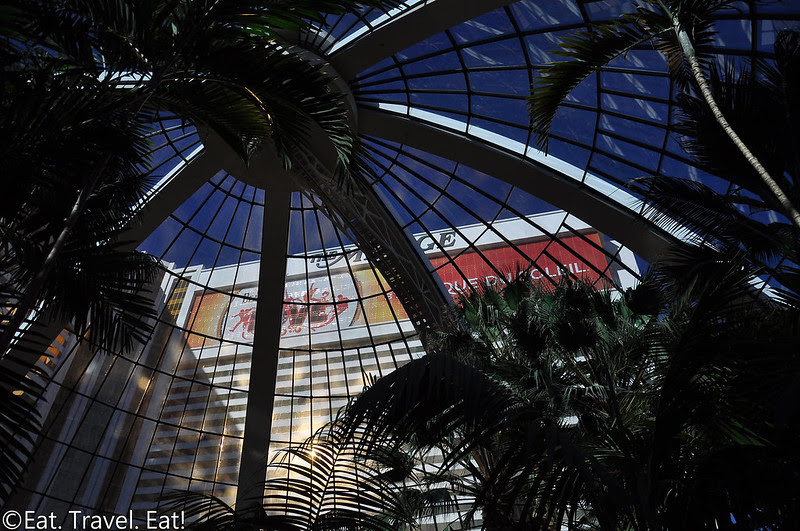 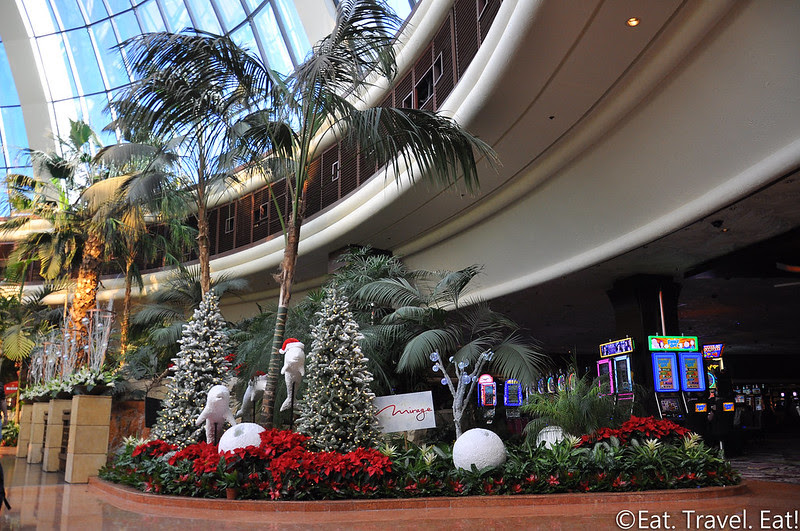 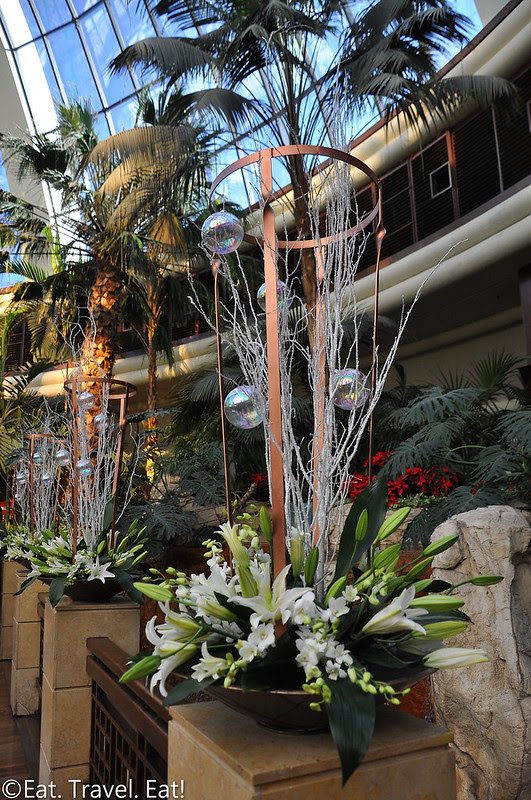 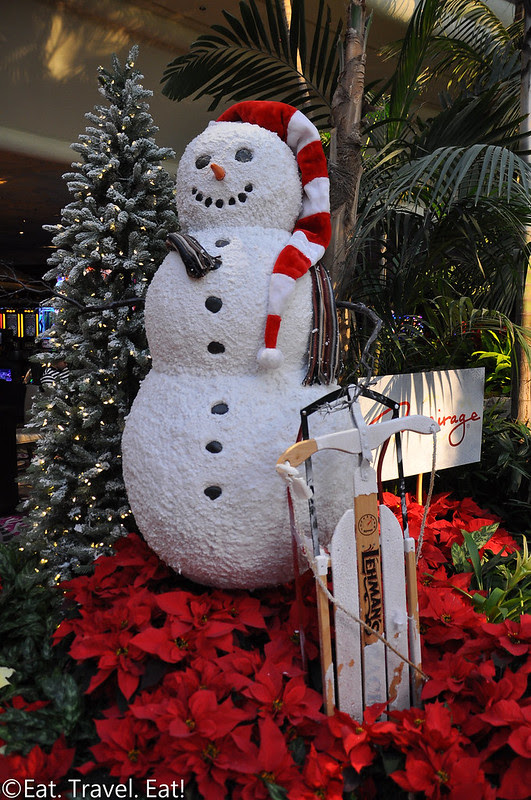 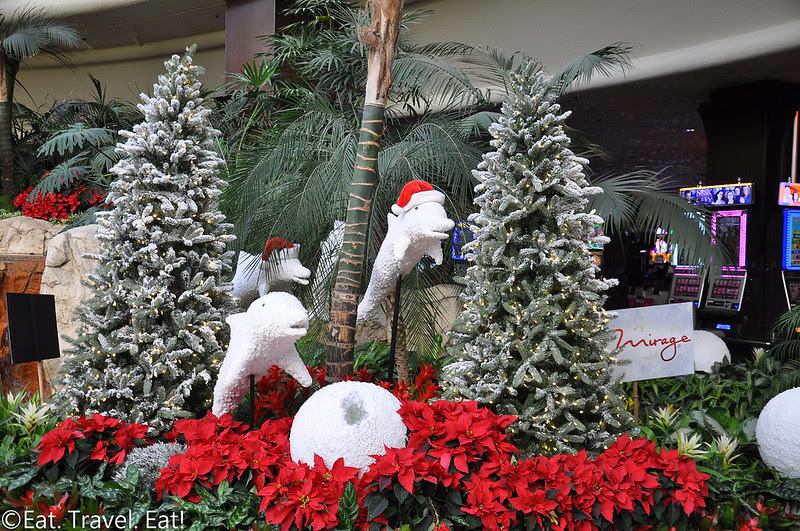 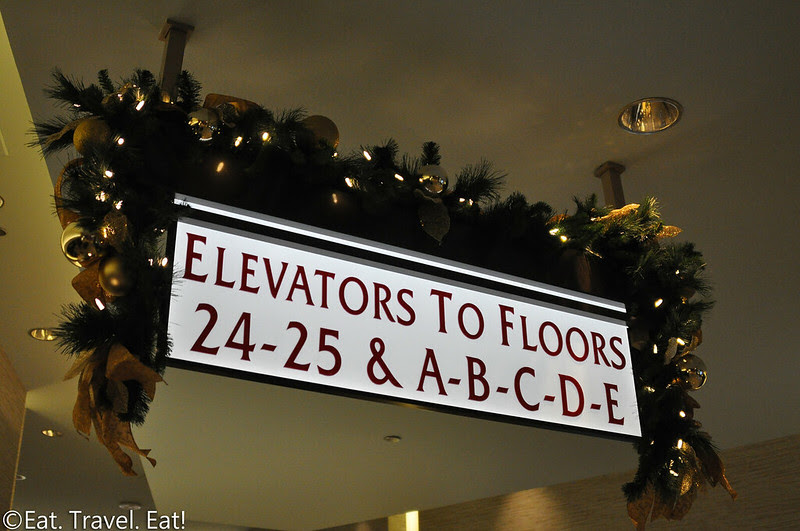 The Mirage had some nice floral arrangements and holiday decorations during December. Every floral sculpture--like the dolphins--presented popular photography opportunities for travellers. However, all of these holiday decorations were taken down by the time we left--it wasn't even New Year's Eve yet!

Other posts about the Mirage:
December 2013:
Cravings Buffet (The Mirage Hotel and Casino)- Las Vegas, NV