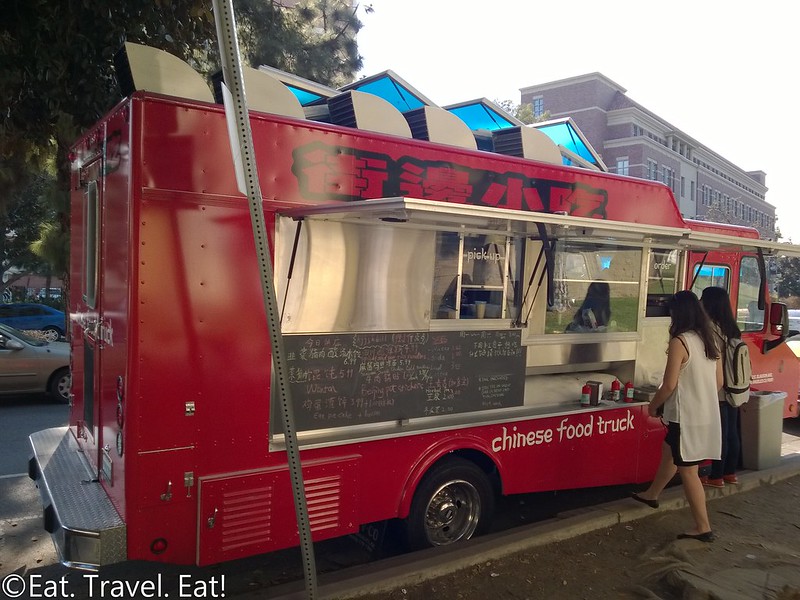 Previously, authentic chinese food options were quite limited in the University Park neighborhood. Bamboo Express in the former University Village food court offered some authentic options if you knew how to read the chinese only menu, as well as how to pick options from the steam tray that were not geared for the typical Americanized Chinese palate. However, now Bamboo Express no longer exists, with the demolition of the University Village for the new USC Village. 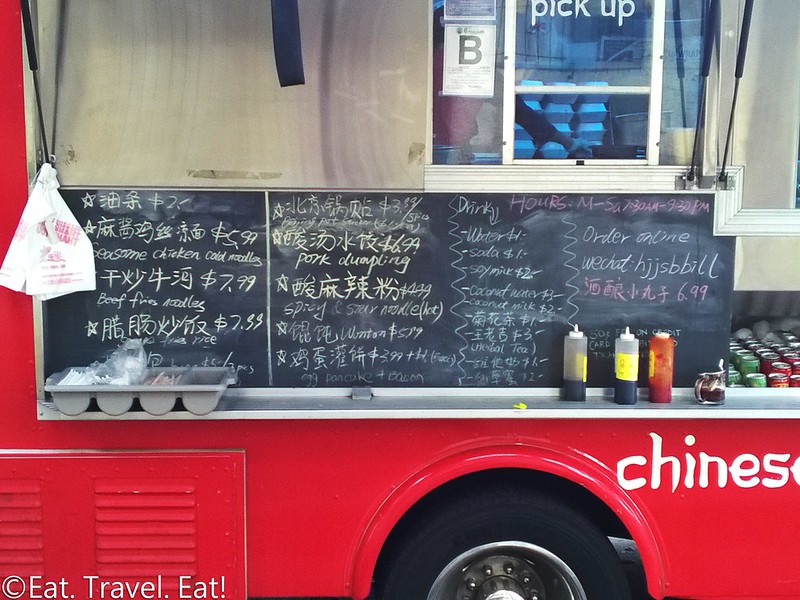 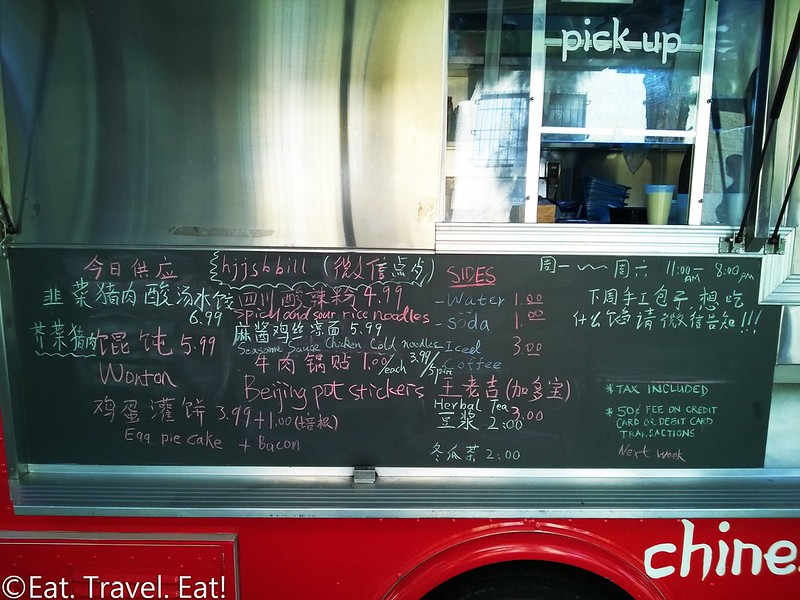 The Chinese Food Truck offers quite a lot of authentic Chinese options previously unavailable in the area, from potstickers, dumplings, and wontons to noodle dishes, like the spicy and sour rice noodles and sesame sauce cold chicken noodles. Some options are also only written in Chinese, so it would probably be best to translate them yourself or bring a friend who can read Chinese for some assistance. Most of the people ordered in Mandarin (as I did myself) when visiting the food truck. 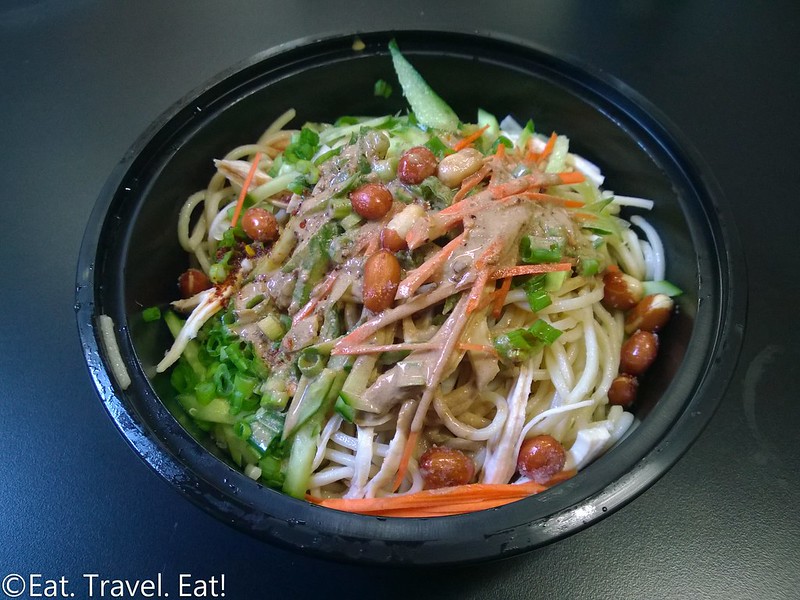 For my first visit, I went with the Sesame Sauce Chicken Cold Noodles (5.99 USD, but they charged 6 USD instead). Above the bed of toothsome noodles were some chicken shreds, roasted salted panuts, cucumber, carrot, green onion, spicy pepper oil, and the smooth sesame sauce. This proved to be quite scrumptious, with a good interplay between creamy, spicy, and bright flavors. The only problem? Portion sizes were rather small. This would serve well for a light lunch, but if you were quite hungry, then you might want to order more or go elsewhere for more food. 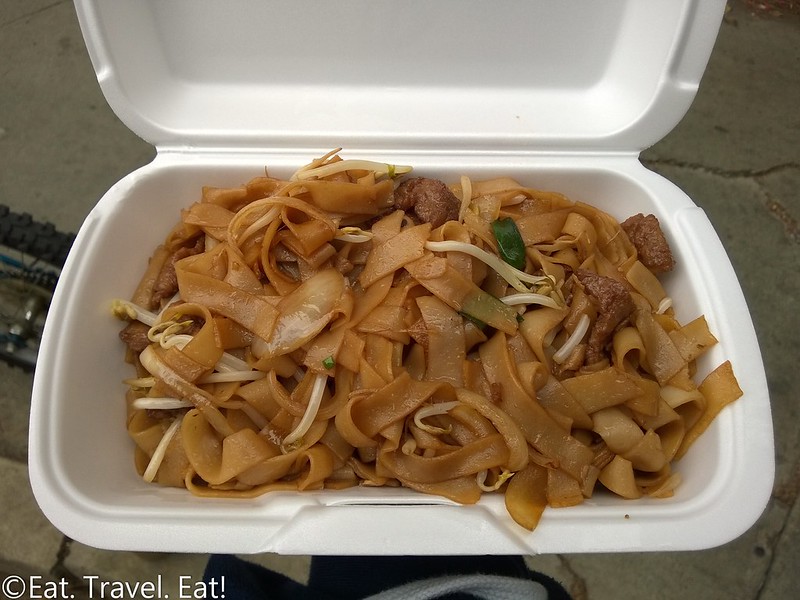 Craving some Cantonese food, I went with the Beef Fried Noodle (7.99 USD) my second visit. Chinese Food Truck's rendition wasn't spectacular, probably due to some of the limitations of the truck itself. The noodles didn't have that "wok hey" fragrance that you typically expect, and the noodles themselves were light on the seasoning. The chow fun noodles, however, were nice and chewy, and there were plenty of vegetables--bean sprouts, onions, and green onions--and tender beef slices (not tenderized by baking soda).

Overall, the Chinese Food Truck fills an important void in the culinary scene in the University Park neighborhood, and helps serve the appetites of those interested in authentic Chinese food. The portions might be a bit small, but the food is tasty and nicely prepared. Make sure to also ask what is fresh or just made while you visit to ensure that you get the freshest options.


Chinese Food Truck
Typical location on weekdays: Jefferson Blvd., next to Cardinal Gardens Apartments (across the street from the University of Southern California University Park Campus), alongside all the other food trucks. Intersection of McClintock Ave. and Jefferson Blvd.
Los Angeles, CA 90089