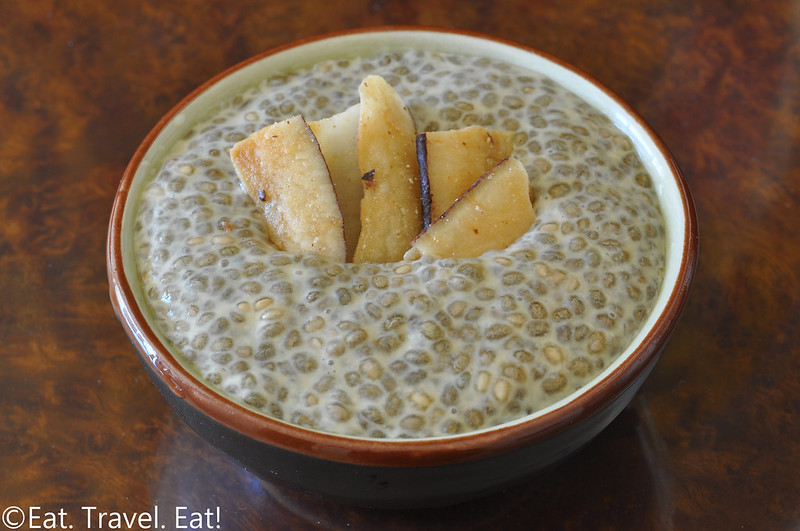 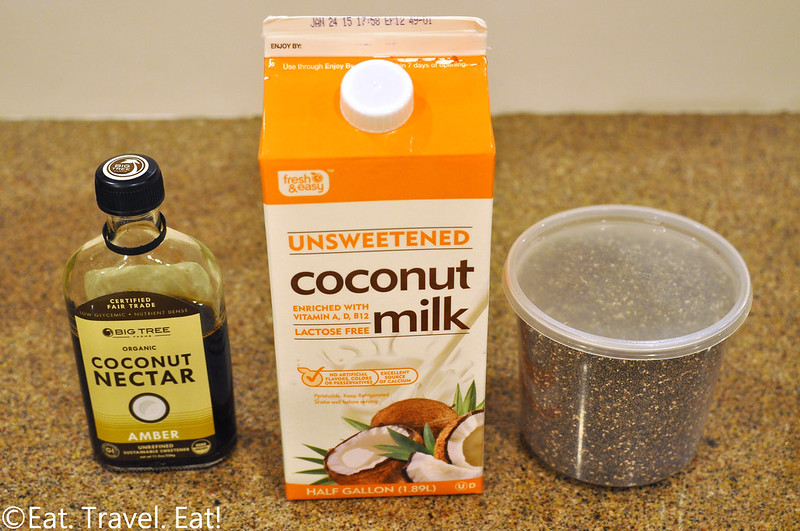 So that's what we ended up doing. In the process of purchasing coconut milk, we ran into a cool ingredient--coconut nectar--and decided to use that as sweetener instead of sugars or syrups. The Big Tree Farms Organic Amber Coconut Nectar is a decadent ingredient-- it has a very condensed, dark, roasted, and rich coconut flavor which provides great depth of flavor to whatever you're adding it to. 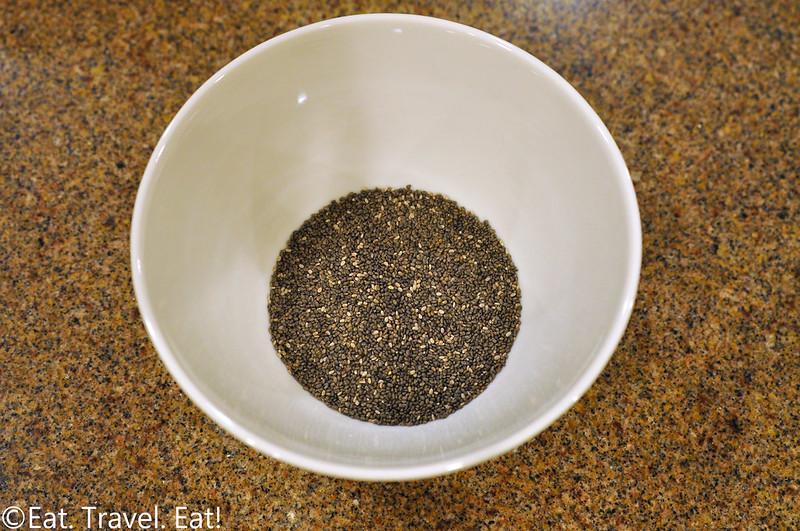 Making the chia pudding was very simple. First, start off with chia seeds. 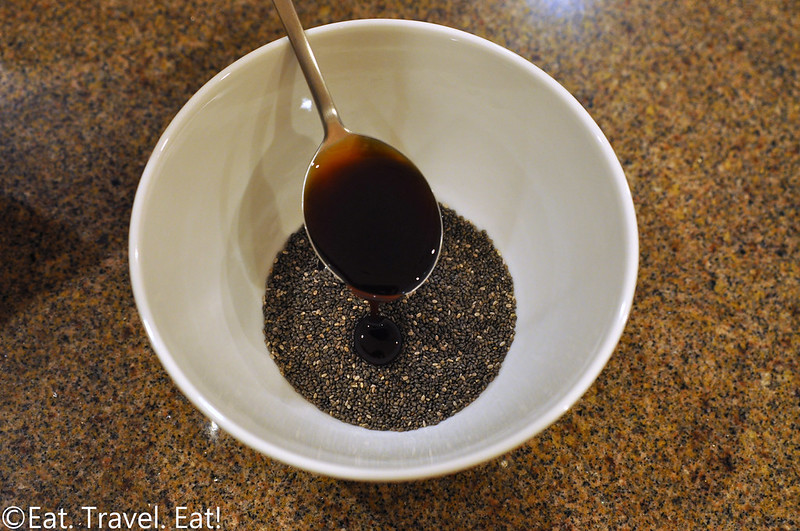 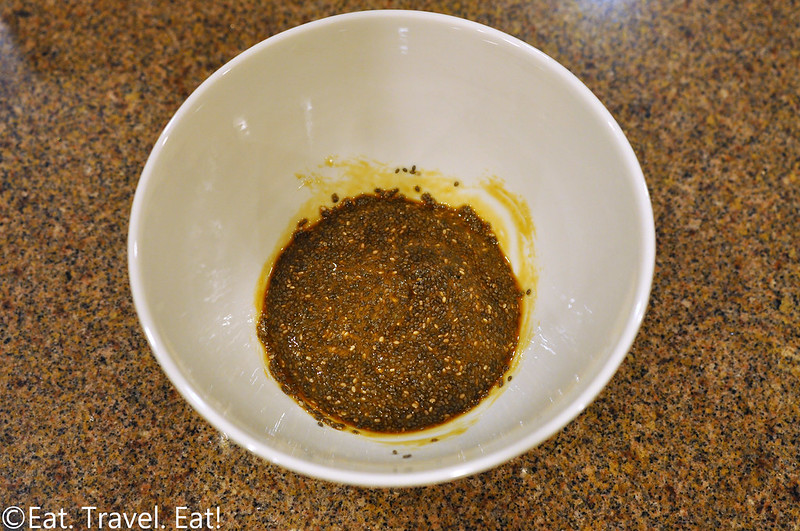 Then, mix the coconut nectar thoroughly into the chia seeds, making sure to cover the chia seeds well with the nectar. I do this for the chia to first soak in the nectar, in hopes of getting some more flavor. 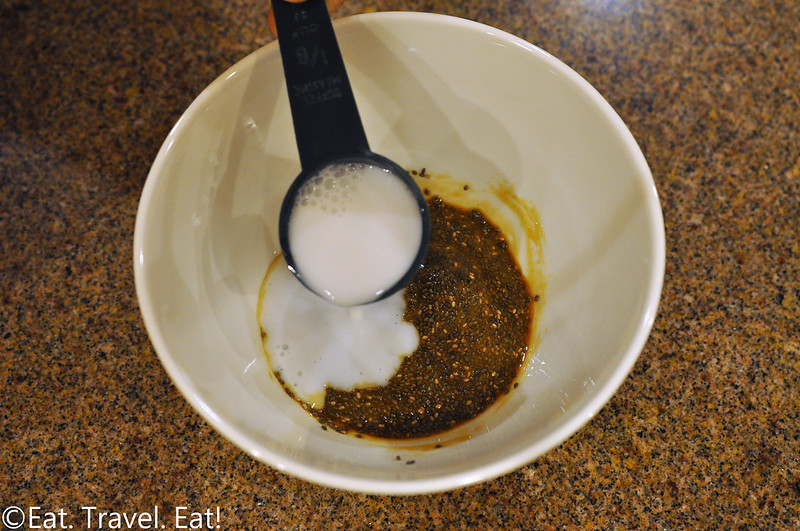 Pour in the coconut milk, mixing the chia seeds as you go so that there are not clumps of the nectar and seeds in the mixture. 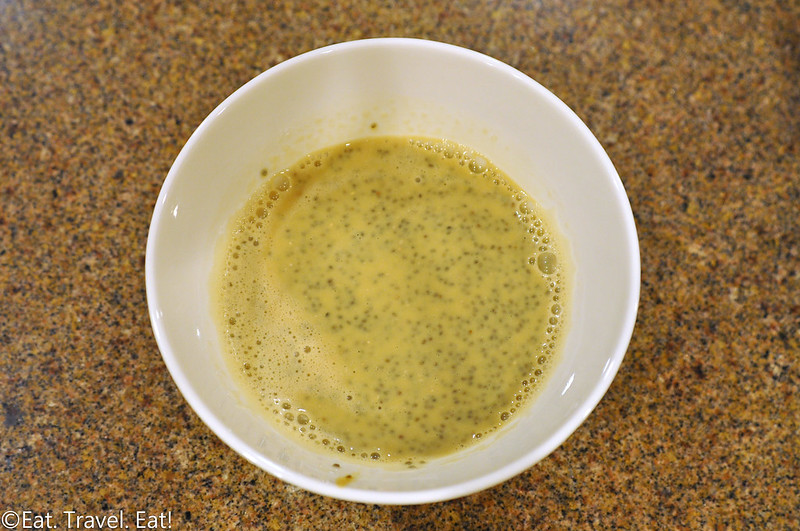 Mix well, and store in the refrigerator for at least 30 minutes, preferably overnight, before serving. I usually make this at night in preparation for breakfast the next day. You'll want the chia seeds to have absorbed the liquid so that it can gel and thicken the mixture into a pudding.

Coconut Chia Pudding
You'll need:
1. Put chia seeds into a bowl for mixing purposes
2. Pour coconut nectar into the bowl, and mix well with the chia seeds
3. Pour in the coconut milk, stirring continuously as the coconut milk is added to the mixture to prevent lumps
4. Let sit for at least 30 minutes, preferably overnight, in the refrigerator prior to serving.
5. Right before serving, mix pudding to evenly distribute the ingredients. See if the texture is to your liking-- if it is too thick, add some more coconut milk and taste. If you want a sweeter pudding, add more nectar or other sweetener.
7. Enjoy by itself, or with other foods. (garnish with coconut chips, toasted)