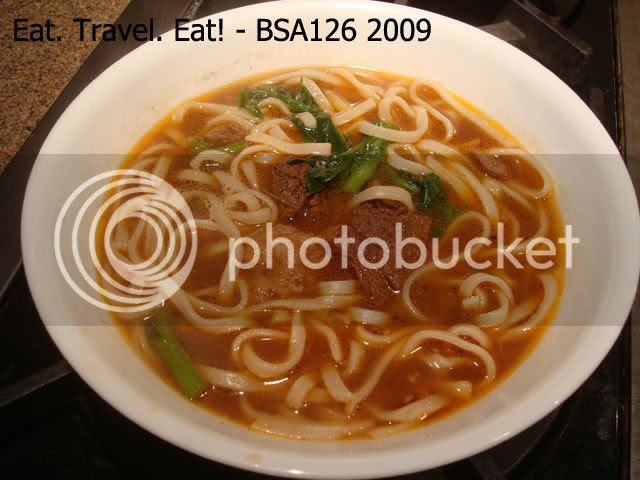 Question: Homemade? Or is this frozen or from a restaurant?
Answer: Frozen!
Who, & What?: 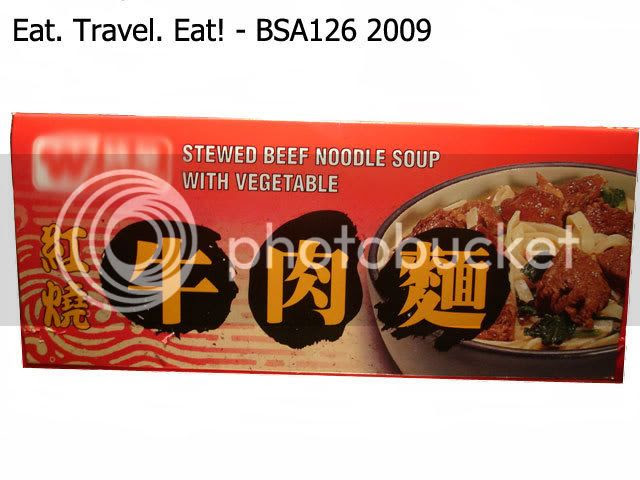 (no, this is my photo! I just whitened out everything else)

We were just as doubtless when we first had purchased this item and tried it. Our friend had recommended it to us, and so, we bought it! Inside, there was a plastic bowl for heating, which is pretty much the norm for frozen food products. But, we didn't use it. We used a regular glass bowl instead. Nothing bad happened!

And this time, we really noticed that it even looked like a regular bowl of beef noodle soup. It didn't look at all like a microwaved something after the prep, which takes about 10 minutes for everything to cook.

However, a taste showed that this was good. It almost tasted like something from a restaurant! We just accidentally added a bit too much (more than 1/3 cup), and so it always ends up a bit watery. However, I suspect that if you just had about 1/6 of a cup total the flavors would be more intense.

The soup is slightly spicy and also beefy, but you can tailor it to your taste by adding more water or less water. If it works with water....I am suspecting it will also work with broth too, which might make this taste even better! With the soup comes the beef and vegetables which are at first frozen into one clump (noodles are on top, almost separate). The beef was tender, and had the "stewed" flavor that comes from beef noodle soup. And the vegetable tasted fresh, but not crisp though.

Lastly, the flat white noodles are also pretty good. They were slightly chewy, and there were plenty of them so you could get full.

Overall? A GREAT alternative if you are tired and lazy and want something that tastes great in under 10 minutes. Not 30, 10 minutes. After all, it tastes almost exactly like some restaurants that serve beef noodle soup, so that is some great work done!

EatTravelEat said…
Selba,
Yeah, this looks like it seems for U.S. only as it is sold by wei-chuan USA. However, the main company is based in China.
February 12, 2009

elmomonster said…
Cool! This is the kind of TV Dinner I wouldn't object to. I assume this can be found at 99 Ranch?
February 14, 2009

EatTravelEat said…
Elmomonster,
It is a cool item! I am pretty sure this is available at the 99 Ranches. I got it at the Arcadia Supermarket which is another different Asian chain of markets.
February 14, 2009

shavedicesundays said…
It definitely looks like it came from a restaurant!
February 19, 2009

EatTravelEat said…
Shavedicesundays,
I agree. And if I flipped more of the vegetables and meat even higher it might have looked even better! :)
February 19, 2009

PDS said…
Bought at Kroger today. Tasty but sodium overload. This serving has 2,170 mg of sodium 😮 That is 90% of recommended daily allowance. Yikes!
November 20, 2020

EatTravelEat said…
Hi PDS,
Definitely agree that it's a lot of sodium! Would recommend either not drinking all the soup or diluting the soup a bit and not drinking all of it at once if you try it again.
January 05, 2021