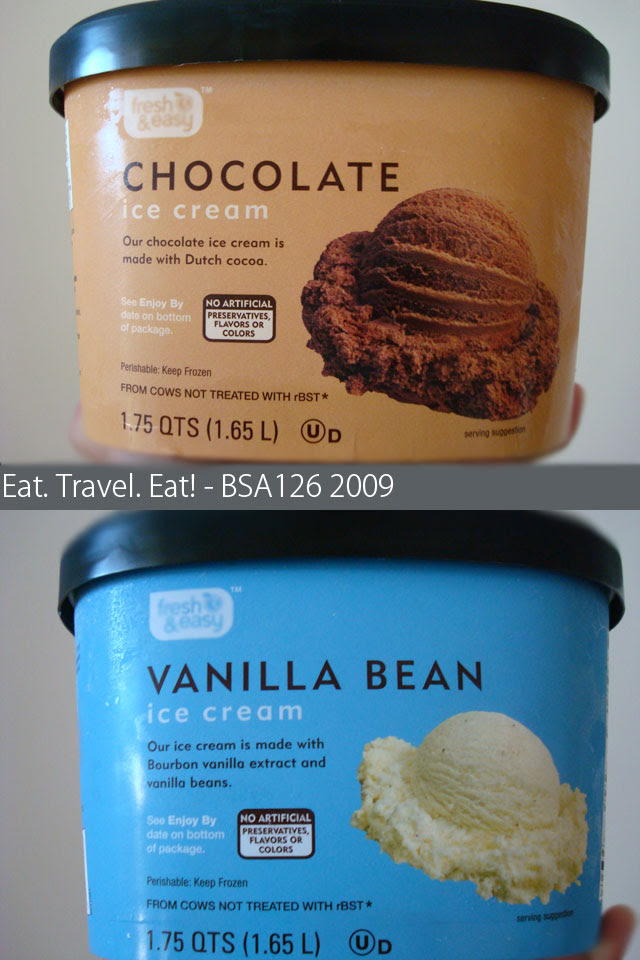 My opinion? Definitely. Fresh and Easy's Ice Creams are a tasty option in the store-bought category. It's more expensive than the competition at $3.99 a tub (but now it is on sale for the price of 2.99 until May 26), but there are definitely things that are special about it. 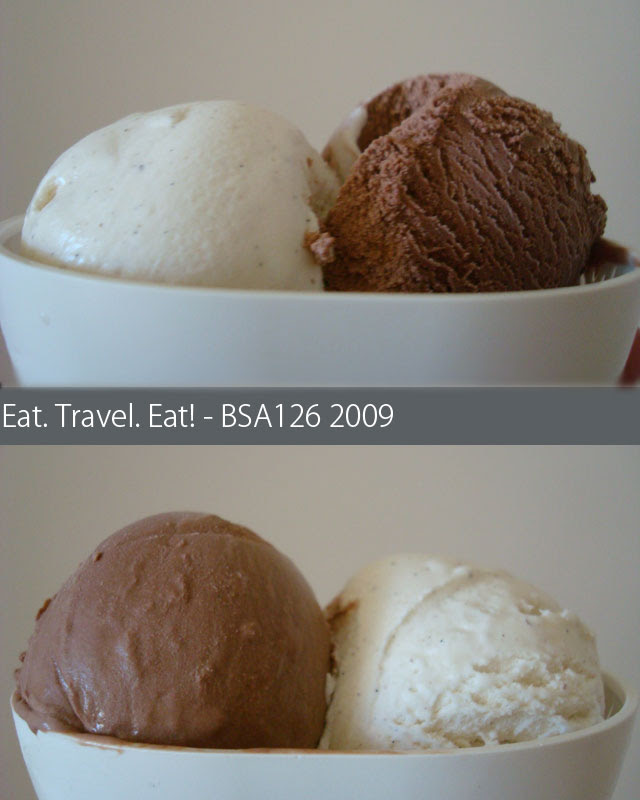 After scooping we put both scoops in one bowl for a comparison test. Do you see how the chocolate looks more firm with more of the ripples, while the vanilla ice cream has very little ripples? 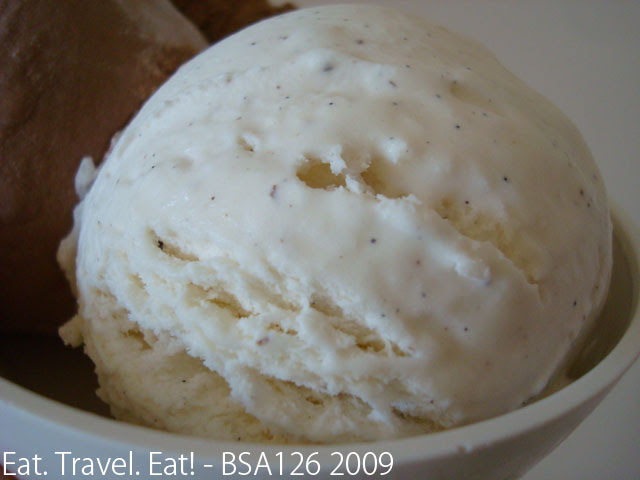 The vanilla ice cream this time had much more vanilla bean in it this time- there were a multitude of specks, which we did not see that much of before. Fresh and Easy also claims they use bourbon vanilla extract for the ice cream, but on the ingredient list it just lists it as vanilla extract. No artificial colors, flavors, or preservatives too, which is not too common among most store bought ice creams. Many use artificial colors and flavors, which is a bit unusual.

With so many specks this time in the vanilla bean ice cream, the ice cream definitely had a very vanilla-y flavor. It was also very creamy with a milky flavor too. We have eaten the vanilla ice cream with some warmed-up nutella before- a tasty topping. 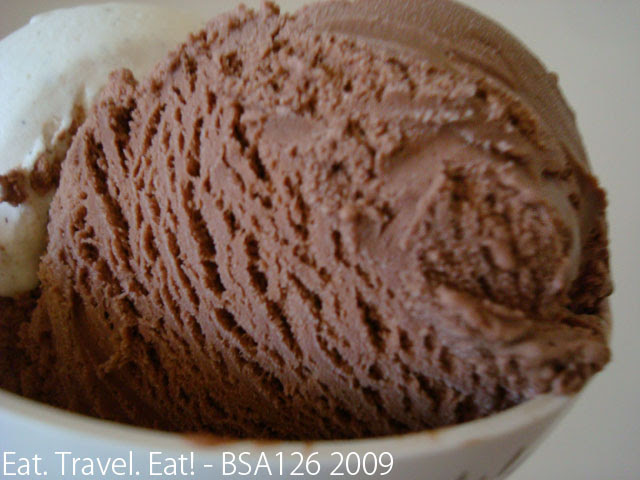 What is interesting about Fresh and Easy's chocolate products is that they are all very, very chocolate-y. It's not just this product; their dark chocolate gelato is almost as flavorful as eating real chocolate! This was definitely chocolate-y, but it was toned down a bit compared to the dark chocolate gelato; it however used to be just as potent (probably toned it down due to high cost). Fresh and Easy's chocolate cream tends to be firm and a bit creamy, but not as creamy as the vanilla ice cream.


Overall, these two ice creams are excellent frozen treats. With prices at five to seven cents an ounce, it is certainly a good deal compared to eating at places like Yogurtland or Pinkberry. Feel free to put whatever your heart desires onto your frozen treat!

And there is ton of vanilla bean specks! Incorporated really well too :).
June 07, 2009