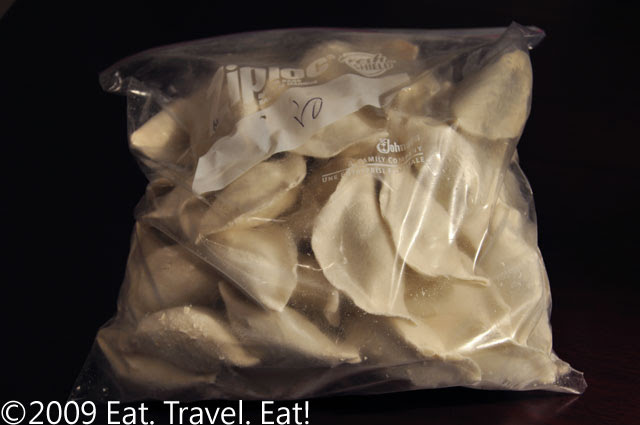 One of my mentors who reads the blog said to me, "Why do you never eat at Sinbala?", as he buys food there from time to time. Well, the last time I did was takeout. Eating in? Probably more than 4 years ago.

One of my dining companions thought it would be a better idea if we did not buy those frozen dumplings at the supermarket but rather buy frozen dumplings at restaurants. After all, the fillings would not be so factory like or filled with ingredients that were of unknown quality. So, we headed off to Sinbala, a Taiwanese shop filled with people almost all the time and notably famous for their "Xiang Chang" or Taiwanese Sausage(6.50 for a package).

You probably remember my Sinbala Sausage Fried Rice recipe where I bought Sinbala's fresh Taiwanese Sausage for the fried rice. Well, Sinbala offers more than just sausage for home preparation. They have a list of items including dumplings and Xiao Long Bao on their Frozen food menu, which is only written in Chinese unfortunately. We bought two packages of their Napa Cabbage and Pork Dumplings (Bai Cai Zhu Rou Shui Jiao), which were 12 dollars each, and then had them for dinner.

The first thing we noticed was the size of each dumpling. These were LARGE dumplings. Definitely no mini frozen dumpling. These would fit on a serving spoon, not a personal soup spoon. Boiled in the hot water, these dumplings expanded and filled up the pot to the point it was hard to stir the contents in the pot. 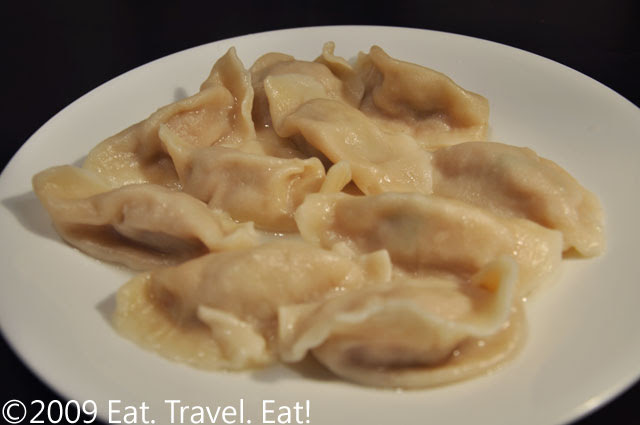 Fully cooked, you can really see the size of these dumplings. They take about two to three big mouthfuls to eat. 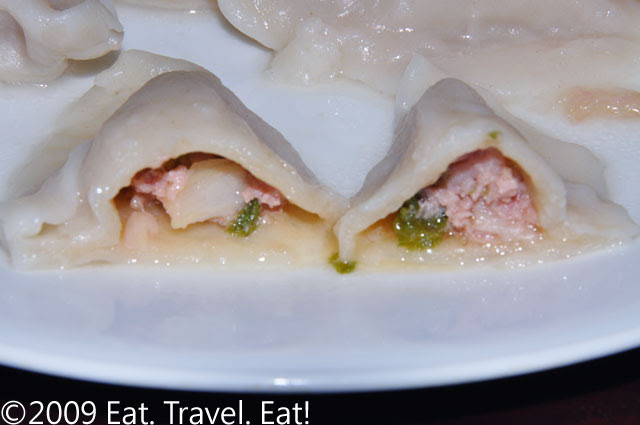 (A not very good use of flash)
As you can see in the photo above, the dumpling was filled with...napa cabbage and pork. There were also some juice from each dumpling. The wrappers for the dumplings, or the dough I should say, was rolled out to be quite thick still and gave a nice chew to the dumpling which I quite liked. Flavors of soup broth as well as a hint of garlic and onion also stood out.

Overall, a great choice for a frozen dumpling. 50 may seem like a small amount when you compare them to supermarket dumplings but these are much larger and have higher quality ingredients. Just tastes like any other usual restaurant dumpling but with a slightly thicker skin. Which makes me think- does someone make these for them? My dining companions and I think so.
Sinbala
651 W Duarte Rd Ste F
Arcadia, CA 91007
(626) 446-0886