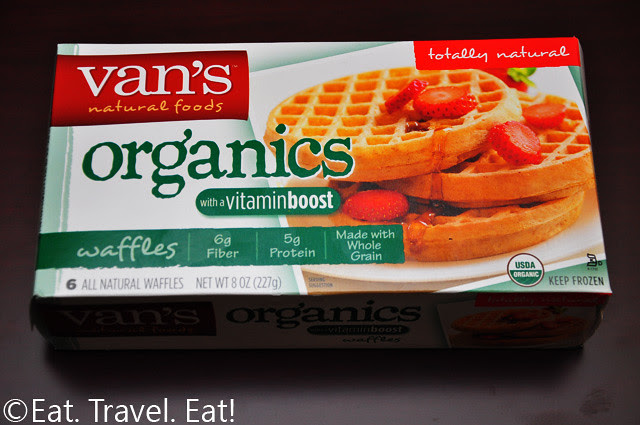 Along with the two Fresh and Easy frozen food products I had bought during one trip, I also took a package of these Van's waffles. After all, the Van's Belgian waffles I had tried from Costco were pretty good, so why not try these out also? Besides, the Belgian waffles post received lots of views and comments; a famous large magazine also tried to interview me about it! And right now with this post, after I had posted the pictures for a day on Flickr, there were already more than 11 views per image. Everyone likes waffles! (to quote a friend) 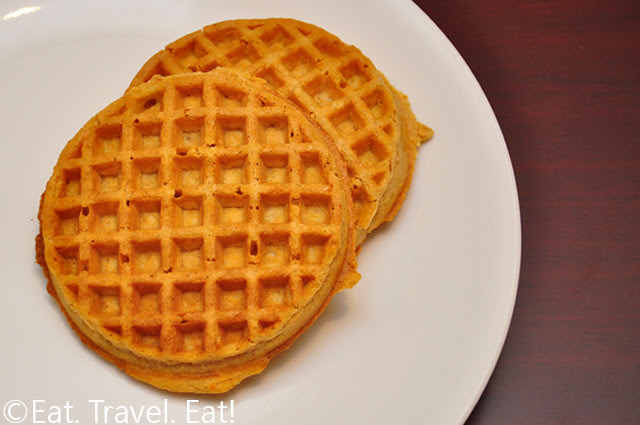 As you could see by the first image and the title of the post, these waffles are directed for the health conscious crowd. Six grams of fiber, five grams of protein, and made from whole wheat! Those are some great stats. 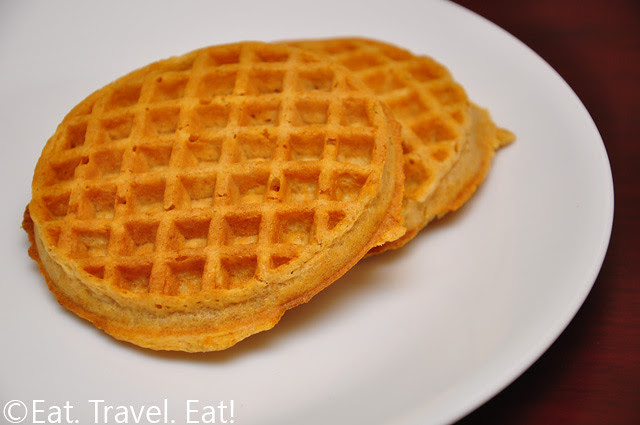 Now I know what you are thinking: can something that is a healthier variation of a food taste as good or better? I felt that these were pretty good. Like any toaster waffle, these had a nice crisp after heating up. What was good about the whole grain was that it brought some nutty flavor towards the waffle- some extra flavor to complement any other additions, like maple syrup or fruit. The inside of the waffle was also denser with the whole wheat, but certainly still easy to enjoy. Overall, a very nice frozen waffle yet again! Van's knows what they are doing and this product shows- it is healthy and tastes delicious.

---
P.S. I apologize for not posting for about three weeks now! School has been very stressful with multiple assignments, and thankfully now it is winter break...and now I am in a different country! That obviously means for you readers, plenty of good posts coming soon in the next few weeks. I'm trying to write them out as I visit each place now these days...so hopefully the posts will come soon enough and not in half of a year.

Also, a way to help me write more posts: give me good restaurant suggestions! I am running out of good NEW restaurants to talk about and writing repeat posts on reviewed restaurants or posts on so-so restaurants do not make me very happy...especially right now since it is almost the end of the year! We shall end the year on a high note, not a low one.

joanh said…
these look like healthy eggo waffles? good to hear they were decent!
January 05, 2011

EatTravelEat said…
Alice,
They certainly were!

Joanh,
You could say that, they were slightly thicker also compared to regular Eggo waffles.
January 07, 2011