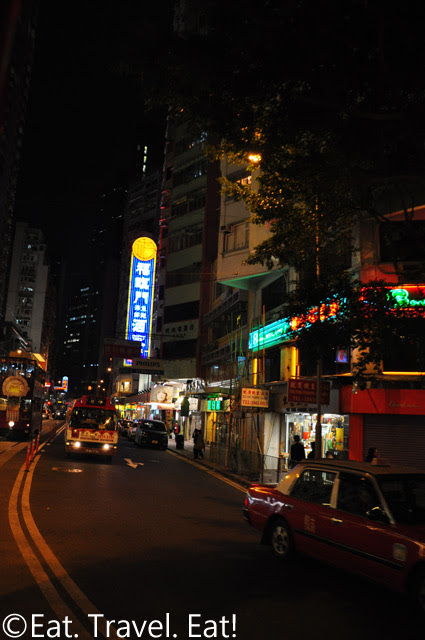 After some rest, we headed out towards Wan Chai in search for the Wan Chai Computer Centre. This was an easy ride- rather than going on the MTR, we went out through the "Ding Ding" tram-- a fun option if you want to see the city while utilizing transportation.
Not exactly knowing where we needed to take off from the tram, I asked the driver and he was very friendly in informing me where I should get off. When we arrived at the correct stop, he even beckoned us to leave the tram-- a very nice gesture! Two Hong Kong Dollars later per person (one dollar for children or seniors) we were off to a great evening walk. 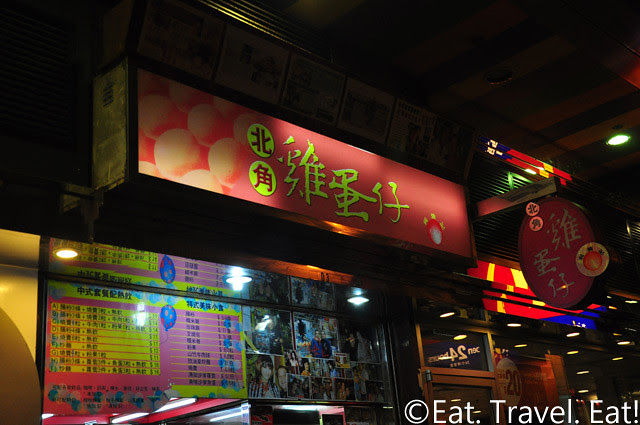 Arriving at our destination, we did not head into the Wan Chai Computer Centre immediately as right next door were plenty of food outlets, ranging from fast food outlets like McDonalds to bakeries and full service restaurants. Also right next door was this vendor: 利強記北角雞蛋仔. I've previously coined it as North Point Hong Kong Egg Waffles but a check on Openrice revealed that there is actually no English name for this vendor! I've included the translation above just as a reference. 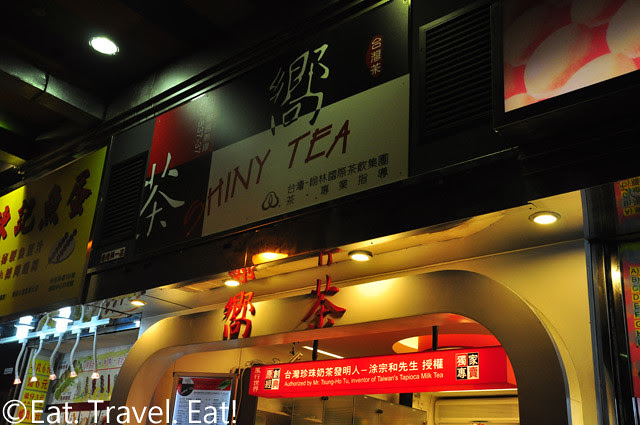 Next door to 利強記北角雞蛋仔 was a vendor called Shiny Tea. According to the red sign it is authorized by the inventor of Taiwan's Tapioca Milk Tea (or Boba Milk Tea). We probably should have tried it along with 利強記北角雞蛋仔, but decided against it. 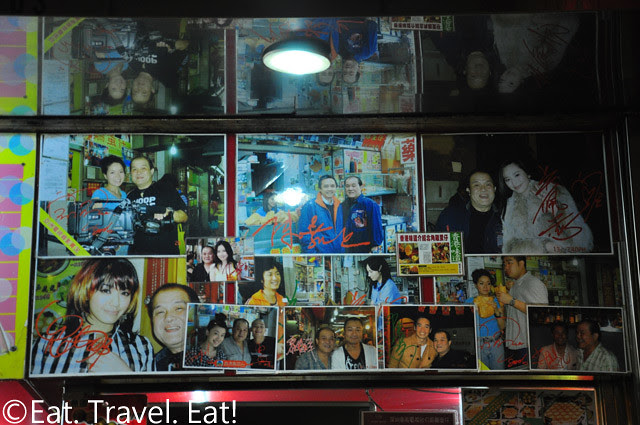 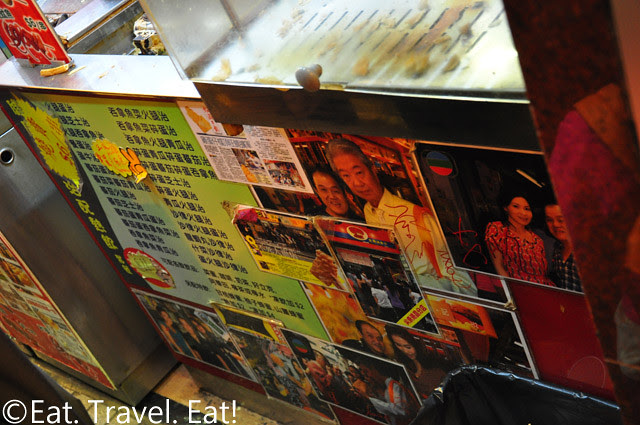 As I have stated in my previous post on 利強記北角雞蛋仔, this vendor has had plenty of buzz from celebrities and news media alike. Lots of presence from TVB people as you can see in the pictures-- you can identify those pictures with the red, green, and blue circle. 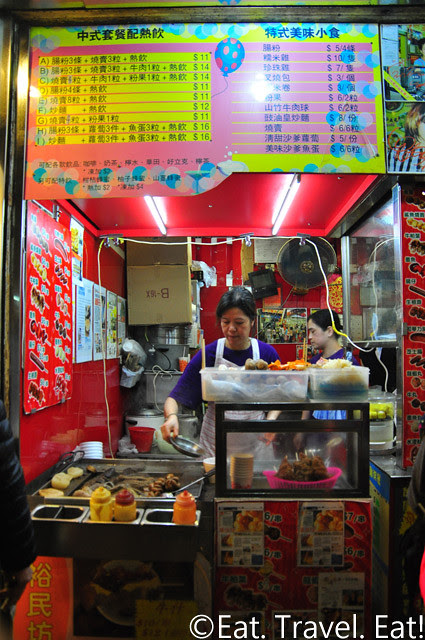 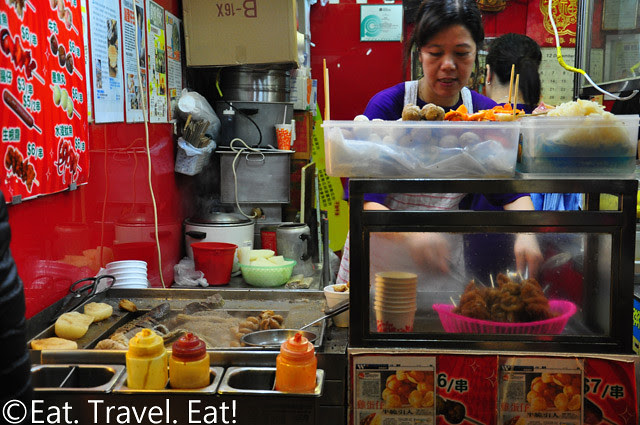 The employees also had the savoury items to contend with, but the wait was skill kept to a minimum. If you read my previous post on  利強記北角雞蛋仔, you should see that in this picture that the sauces are in bottles! Three years brings plenty of change-- this change is fabulous in improving sanitation. 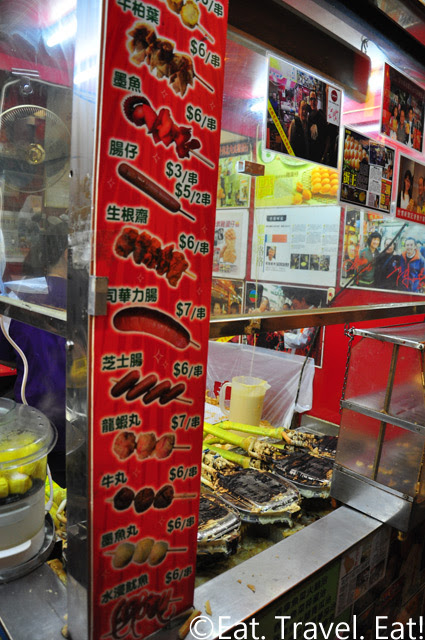 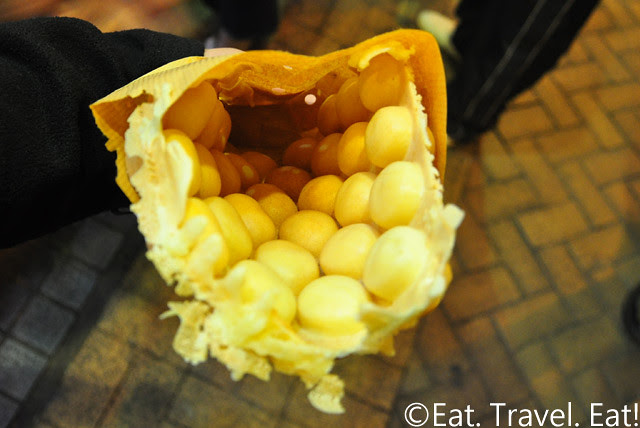 After almost a wait of ten minutes, our eggette/egg waffle and its special bag with steam holes was in our hands! In contrast to our previous visit here, this time the waffle cost 13 Hong Kong dollars instead of 11. Inflation has caused many of the vendors to increase their prices in Hong Kong; five years ago most vendors sold them for ten dollars or less! This trip, every vendor that we bought these egg waffles from sold them for double digits. 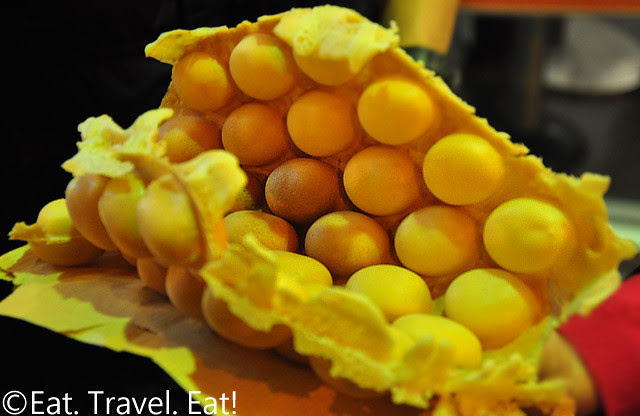 Nevertheless the taste of the waffle still remained consistent as before-- very fragrant with lots of egg flavor. It was not very sweet, unlike the ones we have had at Tasty Garden in the USA. Almost all of the egg waffles for me on this trip felt that they could be sweeter; probably my constant experiences with the extremely sweet Tasty Garden version has caused me to feel like this. 利強記北角雞蛋仔's waffle was also extremely crispy on the outside, with a tender and chewy interior. It was quite important to eat this immediately-- when it was fresh the flavors and textures were optimal, while eating it ten minutes later, it felt bland and not special.