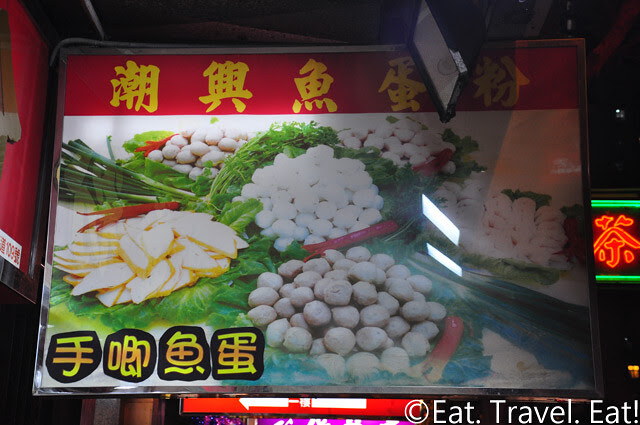 Not really inspired to buy anything at the Wan Chai Computer Centre, we headed off for some food, walking around to find some restaurants nearby. After walking several blocks, we saw a restaurant with So Sze Wong (蘇施黃)'s of TVB's So Good's picture plastered on the wall-- having watched Ms. So so long on TVB, we thought, "why not try one of her visited restaurants?" So, we walked in and had a seat. 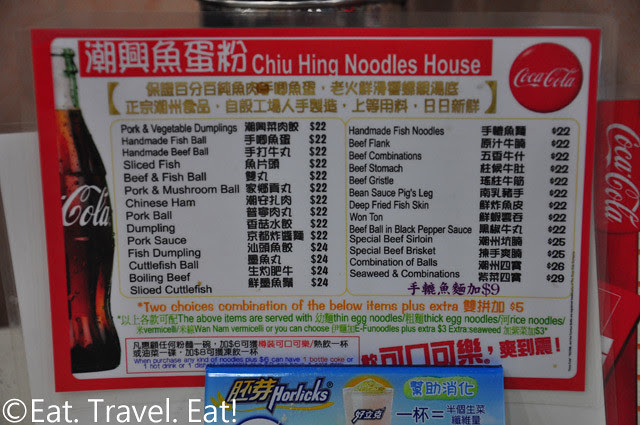 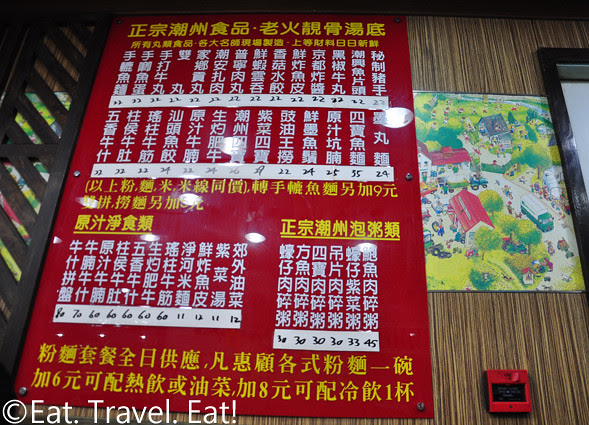 There were menus inside on each table highlighting all the noodle options in English and Chinese; on the wall was a larger menu written with Chinese characters only, with some more options other than noodles like congee and various plates. 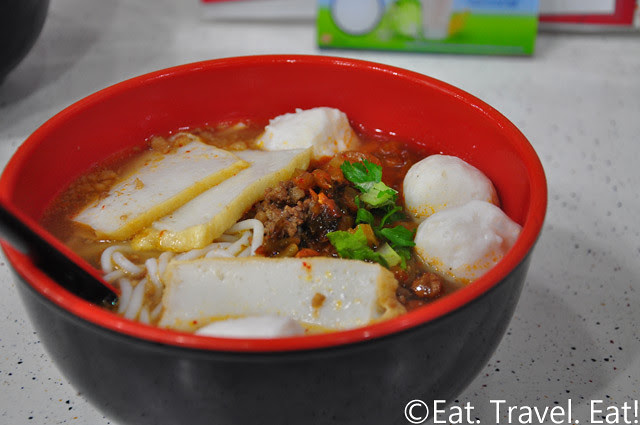 Since this noodle house seemed to feature their fish balls quite a bit, that was what we ordered. This noodle soup was a special that was listed on a piece of paper- some spicy meat sauce (?) with fishballs and mai fun noodle soup. It also came with a cup of soy milk which although was refreshing, the cup did not exactly smell so great. (cleanliness issue?) I did not try this bowl of noodle soup, but it looked decent. It was primarily different from the regular fish ball noodle soup due to the additional scoop of sauce. 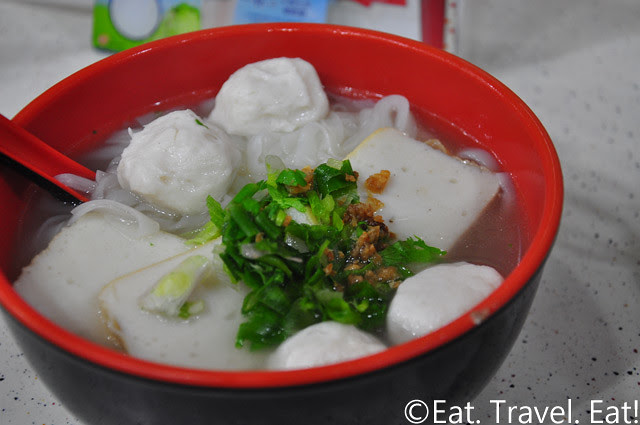 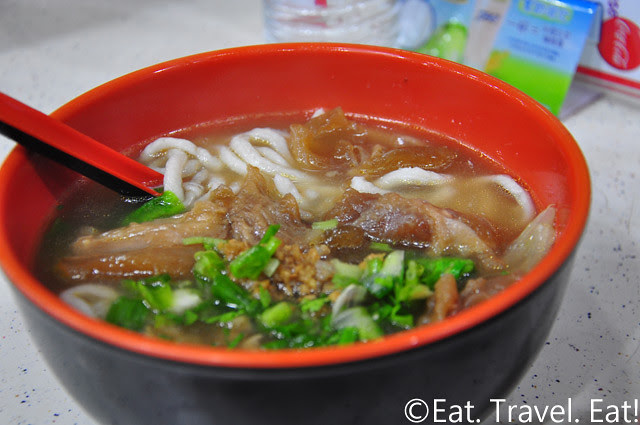 The beef tendon noodle soup however was not very good. I did not care for the special fish noodles (noodles made out of fish meat) that specifically ordered in- they were quite salty and quite unappetizing in taste, with a mealy texture. My companions thought the rest of the soup was also quite salty in contrast to the regular fish ball noodle soup.

Overall Chiu Hing Noodles House was average- the fish noodles were quite a disappointment but the regular fish ball noodles were decent and a light bite. Sanitation was also another issue with the soymilk's cup smelling awkward. There are however multiple locations in Wan Chai all on Hennessey Road and maybe this location was not the best of the multitude? I can't even recall which location it is so no address, but it was right next door to some other restaurants (Hong Kong Style Cafe/Japanese). 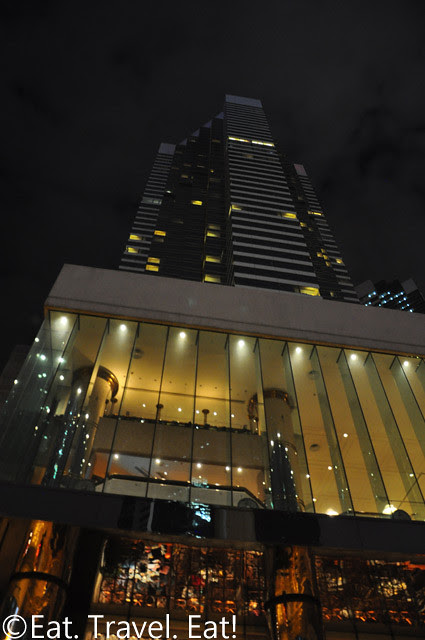 After the meal we started walking and somehow we reached Pacific Place without even needing to look at a map!  I simply recalled how the ding ding tram went the way we came towards Wan Chai and we were set. Along the way back we passed by this JW Marriott... 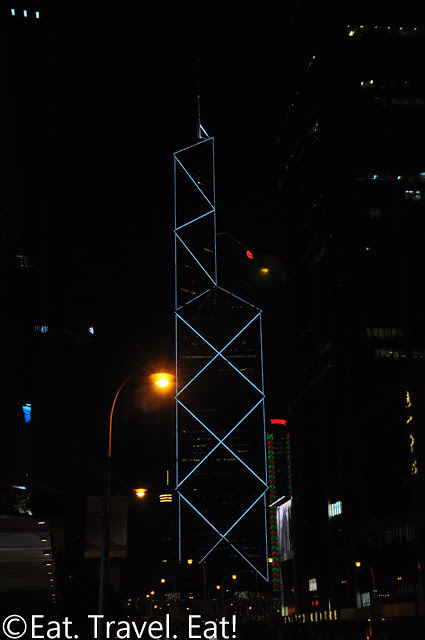 ...and saw this Bank of China Tower too. 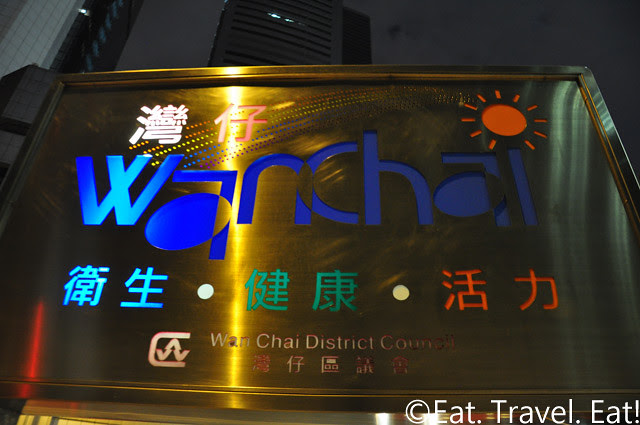 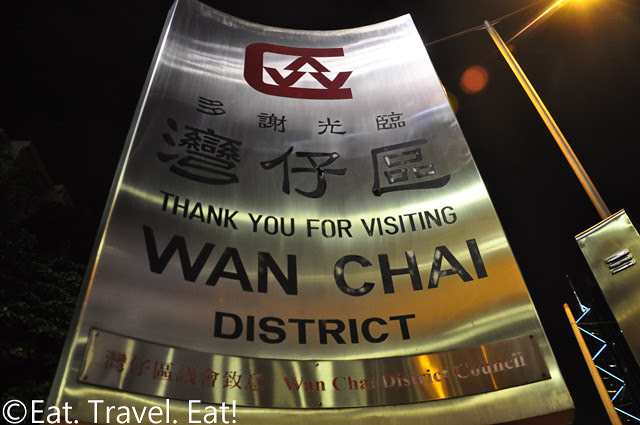 But what was more interesting were these Wan Chai signs which were right located across the street from the JW Marriott. We had never seen these signs before and so took some pictures while waiting for the traffic light to turn to our favor. 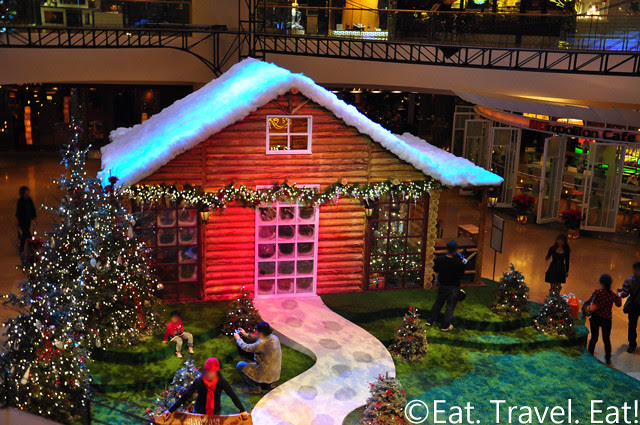 Back inside Pacific Place, it was quite empty, but there were still plenty of people taking pictures of their family at the Christmas tree. Seem empty to you? During the weekends and holidays this section of Pacific Place was bursting with activity with at least thirty cameras turned on for taking pictures of family and friends.