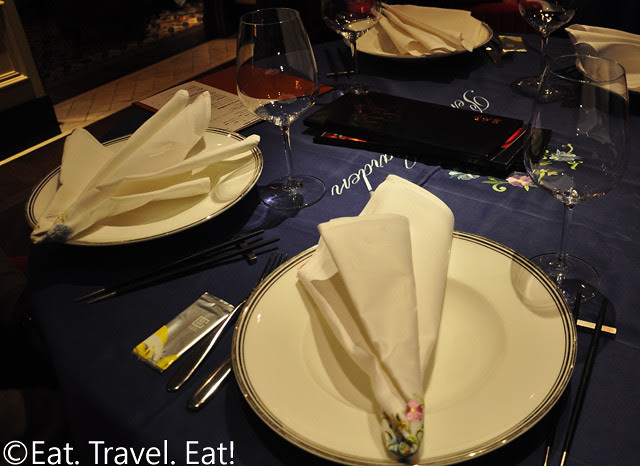 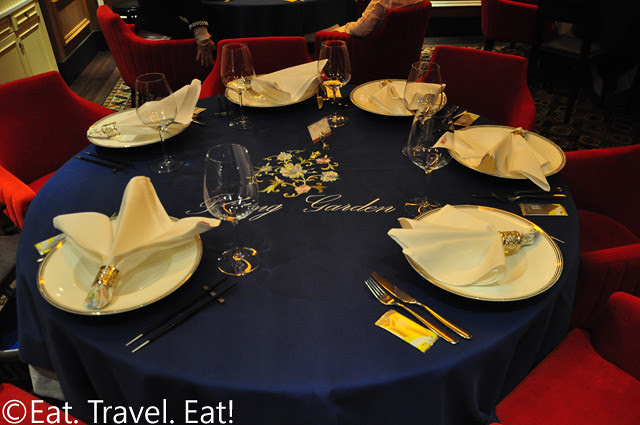 Peking Garden, as the name may suggest, is famous for its Peking Duck; however, it does serve up a  plethora of fine Chinese food in an environment that Pacific Place says "resembles an ambiance of modern metropolitan America." It does certainly feel decidedly western; the crown moldings on the walls and comfortable chairs give a sophisticated, not tacky, Western feel. 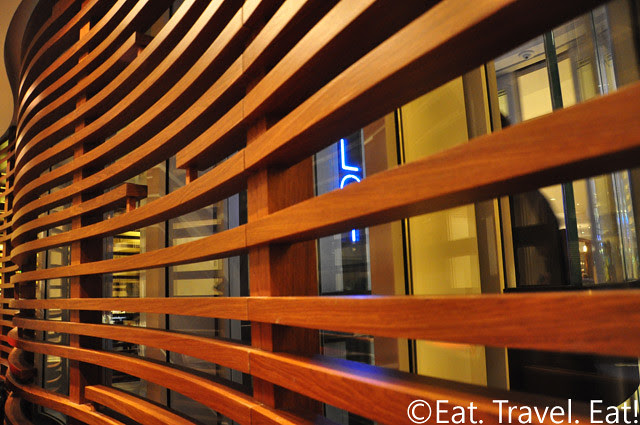 We were seated next to a wavy wood and glass wall that gives a modern touch to an otherwise classic environment.Yes, we could see the people in the elevators and vice versa, but this is undoubtedly a cool touch. 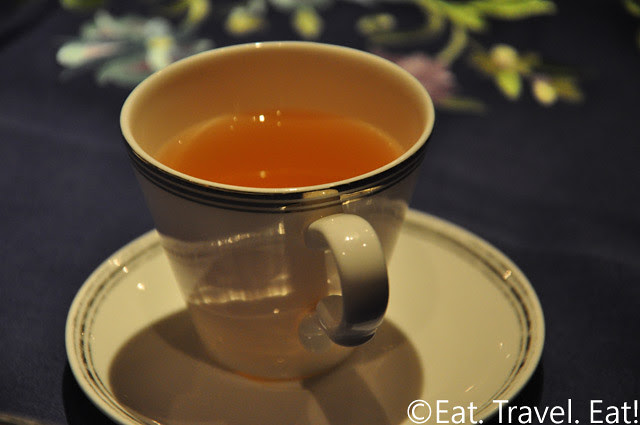 Even the tea had a Western influence. The typical Chinese tea cups are substituted here at Peking Garden for silver-lined tea cups with handles and plates underneath.

Before, I thought Peking Garden was this restaurant in Pacific Place with only one location; however, that is not the case. The moist towelette placed next to the plate reveals all; Peking Garden is in fact a small chain of restaurants that is part of the Maxim's Group, a company that basically has terrain all over Hong Kong. Below Peking Garden at the Admiralty MTR is a Maxim's Bakery. Across a bridge to Admiralty Centre is Canteen, a Maxim's owned fast-food chain. Genki Sushi and Arome Bakery (multiple locations of each in Hong Kong) is also owned by Maxim's. Yes, those Maxim mooncakes at your Asian supermarket are also by Maxim's. 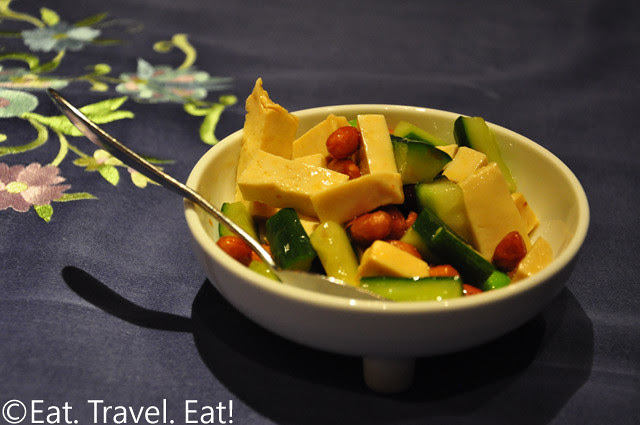 Anyways, we were presented with an amuse boche of bean curd, cucumber, and peanuts. There was some heat from the sichuan peppercorn infused oil and the vinegar and chicken broth/powder made the dish quite palatable. 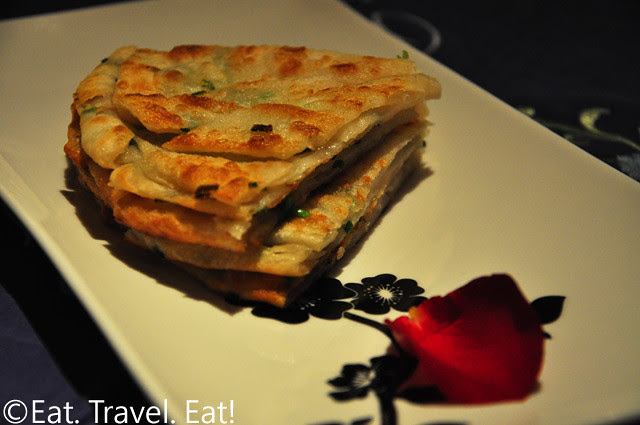 Since we were not extremely hungry, we ordered some smaller bites off the menu. Peking Garden's Green Onion Pancake is certainly delicious with its multiple layers and crunchy, pan-fried exterior, but it is also somewhat greasy. I would have prefered that more green onion was added though. 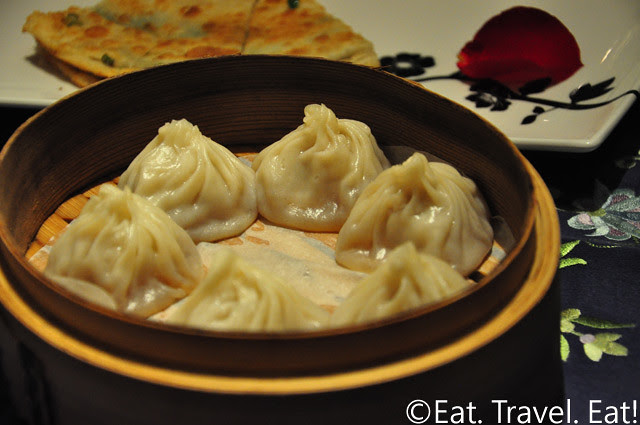 We also ordered Peking Garden's juicy pork buns, which come in a set of six. 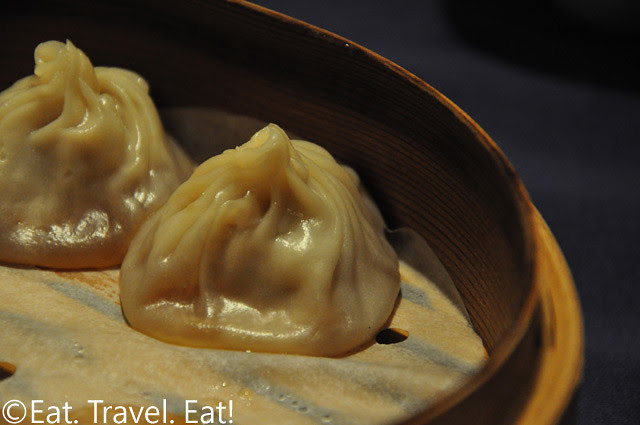 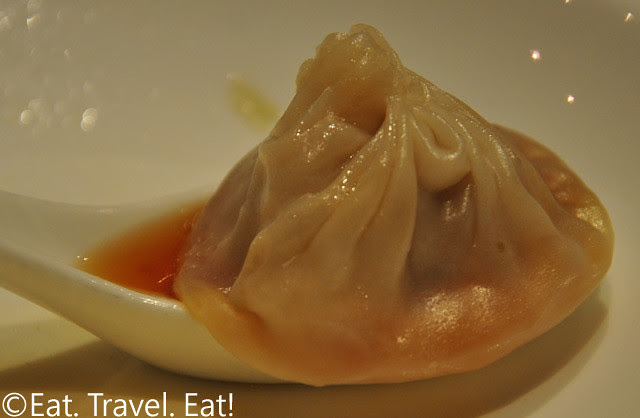 These are tasty; each dumpling has plenty of tender, fatty meat, tons of broth, and thin, chewy skin. What I didn't care for is that the broth and the meat is greasy; too much fat is included in the meat mixture. Otherwise, these juicy pork buns are a great rendition; it has all the aspects of what a juicy pork bun/dumpling fan should be looking for, other than the greasiness. 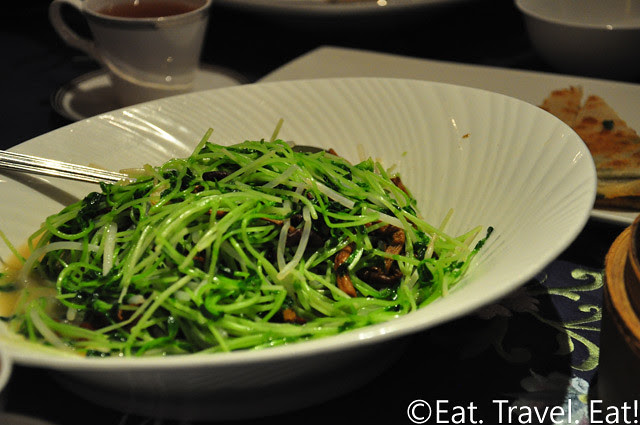 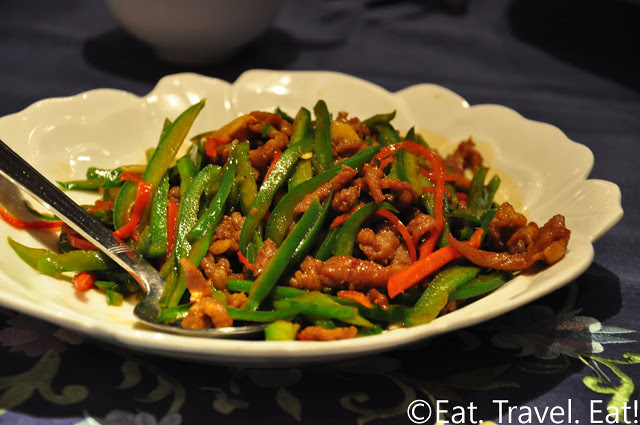 The pork and bell pepper stir fry on the other hand is nothing too special in my opinion: plenty of fresh, julienne bell peppers and pork slices stir fried together with some soy sauce and other seasonings/ 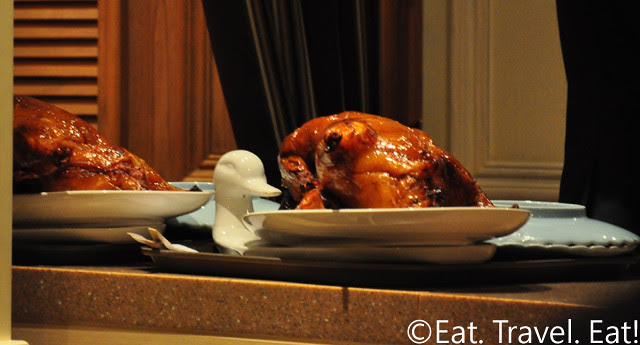 We were thinking about ordering the Peking Duck, but we already had enough food. 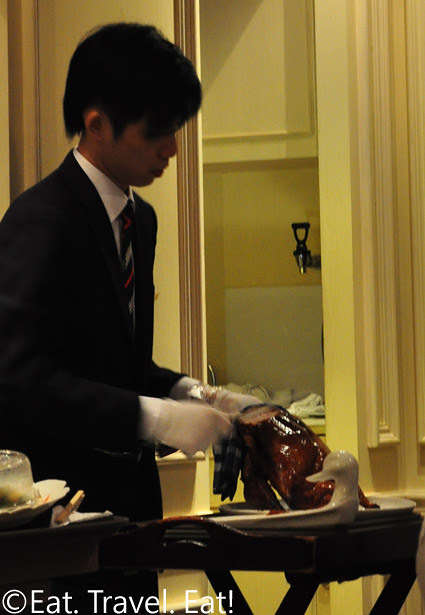 It was fun, however, watching the servers expertly slice the peking duck skin and meat into thin slices. They slice the duck not in front of the customer, but rather at a small table before serving the plate of sliced duck. We just happened to be seated right next to the waiters' final preparation station before service. 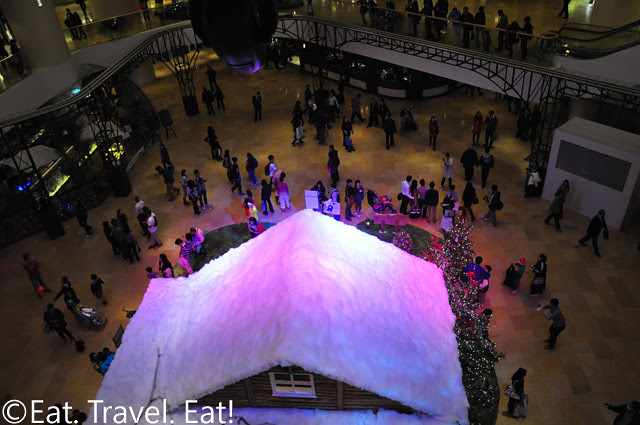 After the meal, we strolled around the mall for some light exercise. 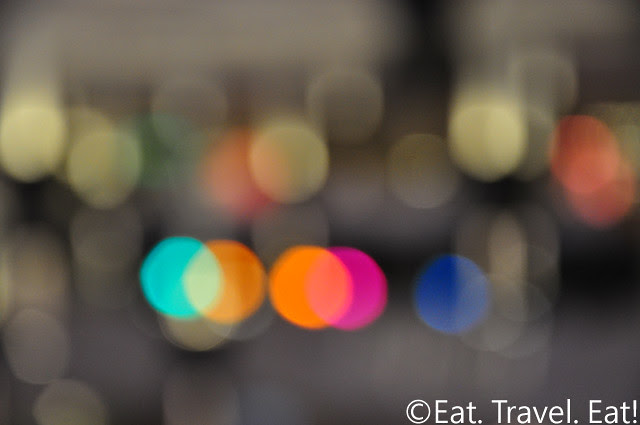 The multitude of various spotlights at the My Christmas stage allowed for some fun bokeh shots with the camera! 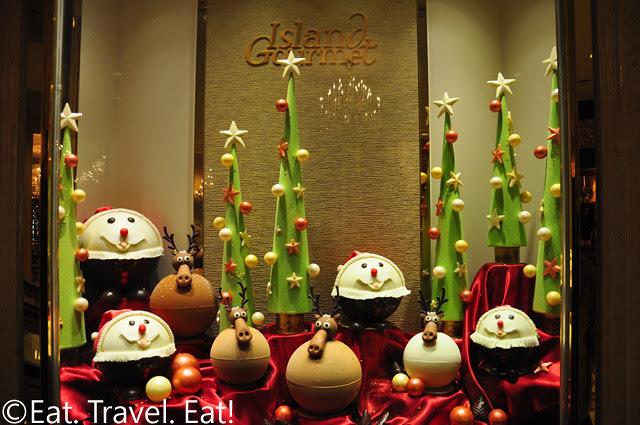 EatTravelEat said…
Mochachocolata Rita,
LOL that happens to me too!
August 22, 2011