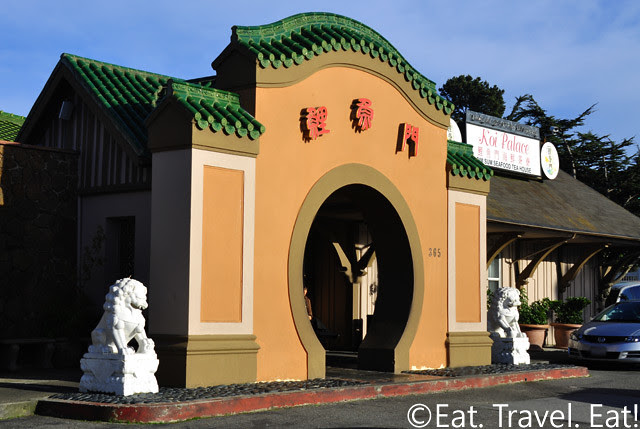 While we were driving, I searched for restaurants outside of San Francisco so we could eat and not deal with evening rush hour traffic. I came to the conclusion that Koi Palace was one of the best Chinese options in the Bay area after glancing through Foodnut's website and looking at various restaurant photos on Yelp and Urbanspoon, and so we stopped at Koi Palace for dinner. 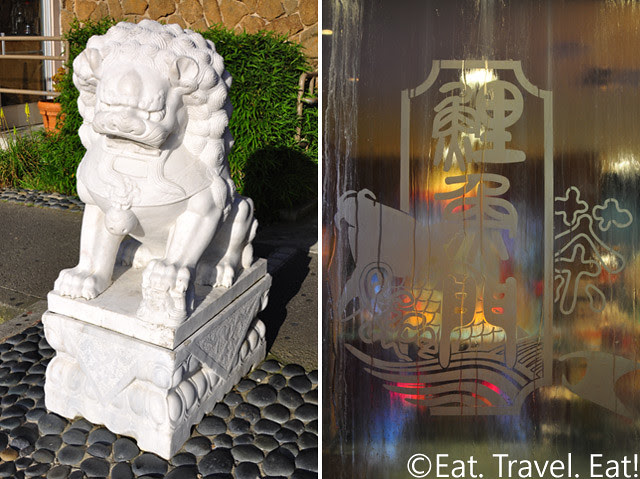 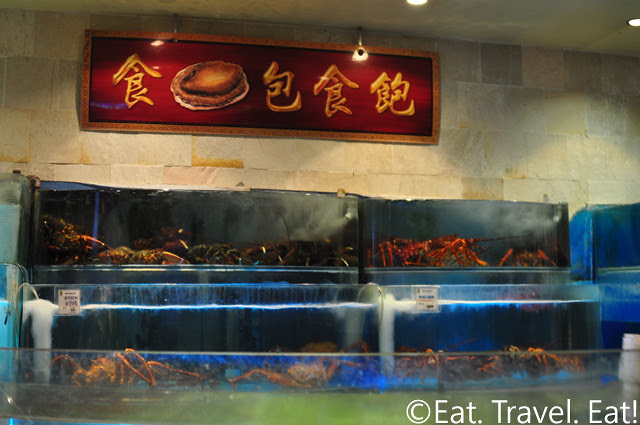 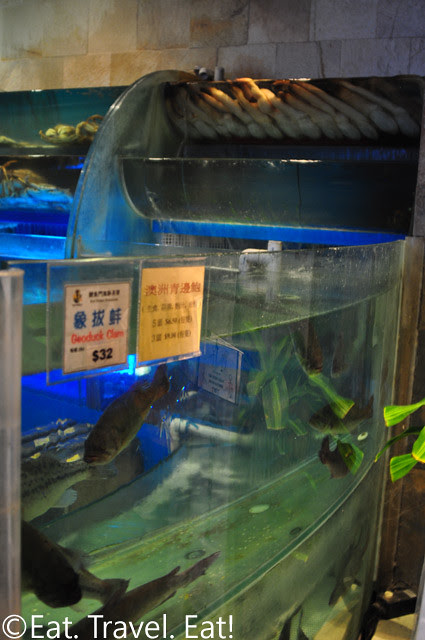 Entering the restaurant we were greeted with large seafood tanks which housed quite a vast variety of seafood; look at the copious amount of geoduck in the photo above! 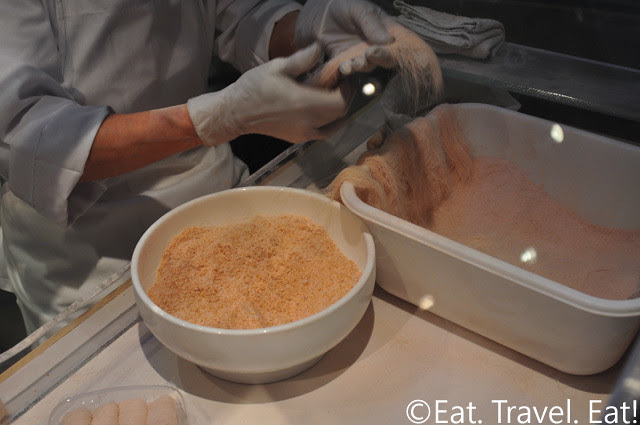 A surprising fact: Koi Palace makes their own dragon beard candy! Dragon beard candy is not mainstream in the United States; it is quite difficult to make and as a result is quite expensive. Eight imported, miniscule pieces of this candy (smaller than the ones made in the video) cost more than 2 USD at my local Asian supermarket. These sold for more than that obviously, but they are hand-made. 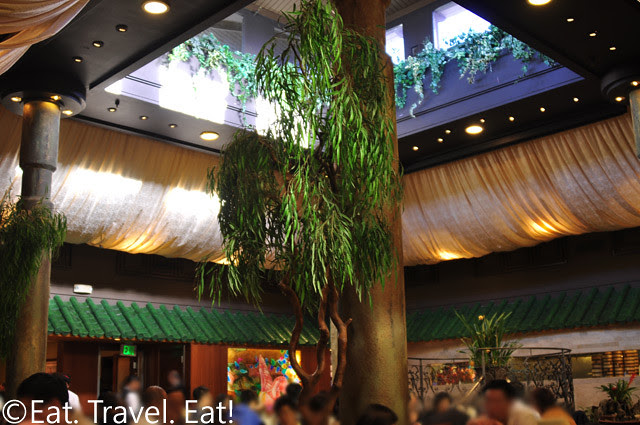 Seated at the table I felt like I had seen this interior before, and I was right. Cindy Lo of Food Makes Me Happy had posted about this restaurant several years ago. I read her review again and was very glad that we did not need to wait at all for seating. 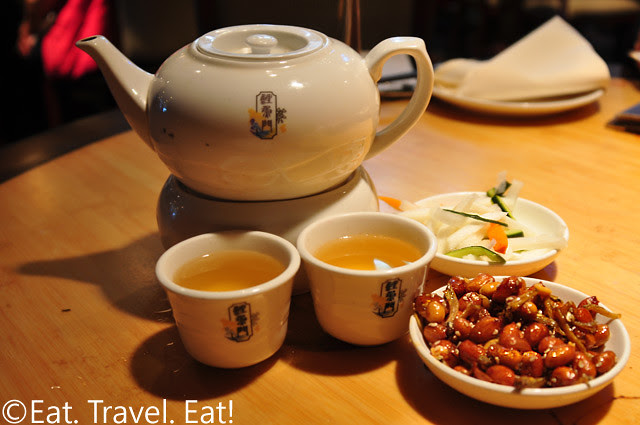 Seated down we were asked for what type of tea we wanted and it was served on a tea warmer. If you haven't noticed, Koi Palace's logo has been marked on the tea cups and tea pot as well; the logo in fact incorporates the Chinese character for tea in it!

Along with the tea came dishes of peanuts and marinated vegetables. The peanuts were mixed with crunchy, fried silverfish and stir-fried in a sweet and spicy sauce that made the peanuts extremely enjoyable. The marinated turnip, cucumber, and carrots were lightly acidic and crisp--extremely refreshing after the long, but enjoyable drive!

On a side note on rice: the waiter asked us if we wanted white rice or steamed rice and we ordered the steamed rice thinking it would be the usual rice. However, steamed rice is special and is also more expensive at 2 USD for a small bowl; each bowl of rice is individually steamed. At first we thought this was how everyone had their rice, but this is actually a premium option. If you just want regular rice, order white rice("bat fan", not "jing fan"--pronunciation in Cantonese). 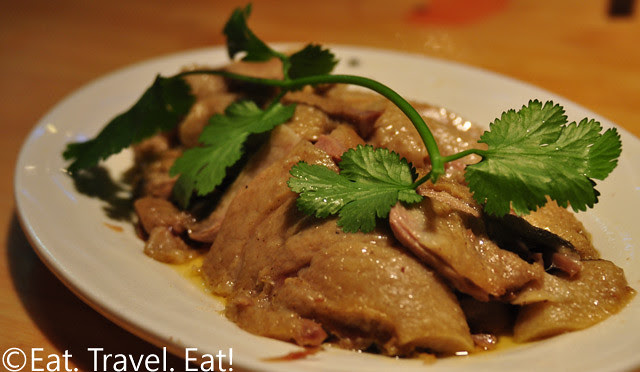 We didn't care so much for the soya duck slices (12 USD), which is served with a dish of vinegar. The duck slices are quite salty and the sweet soy sauce element that is typically seen in master stock dishes is missing; I tasted star anise and sesame oil instead. What some may or may not like is that the duck is boneless; it is all meat and skin on the plate, along with a small layer of beans in the bottom of the dish. 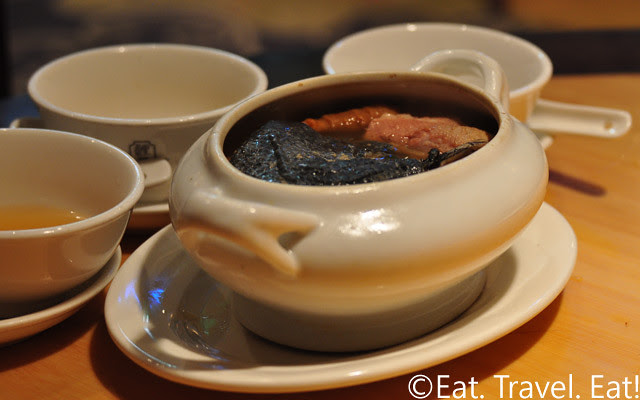 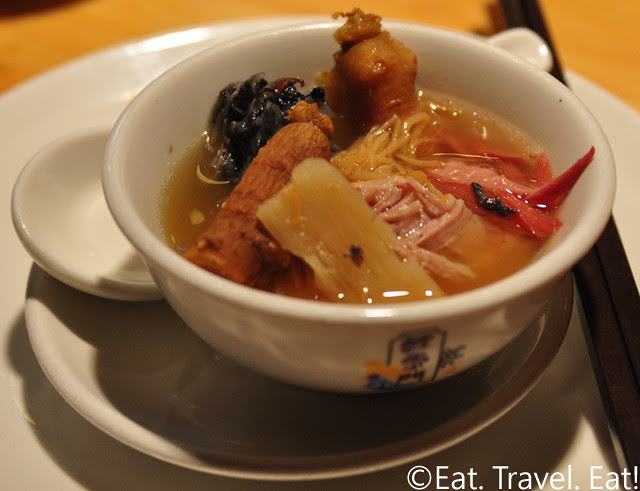 Filled with dried scallop, silky black chicken, pork, and ham, the Soup De Jour(10 USD) was served in a petite bowl but was extremely concentrated in flavor. I appreciated that they actually steamed the ingredients individually instead of placing all the ingredients into one large pot and taking the soup away from the pot for serving. There were five pieces of ginseng in the soup, and as a result the soup tasted primarily of ginseng and meat. On a side note, the Soup De Jour does change daily and so the ingredients, along with the prices may change as a result. 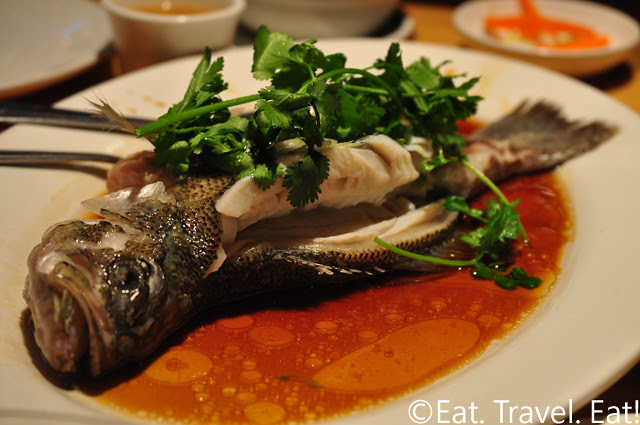 Koi Palace was also where we were introduced to a fish we have never tried before: black bass (30 USD, 1.5 pounds). Steamed fresh fish, when offered, is a reliable gauge to see whether or not I should return to a Chinese restaurant, and this black bass certainly passed the test with flying colors. This fish was fresh and the flesh was firm yet flaky; bass is definitely firmer in texture than say cod, but is still smooth. I really liked the soy sauce as well, which was light and perfect with rice and the scallion and cilantro garnish. 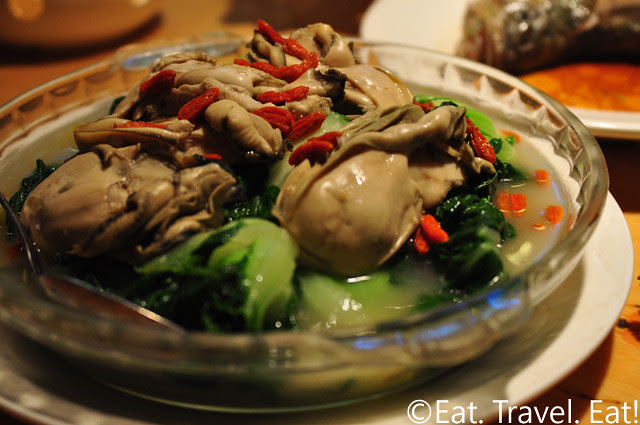 Typically I do not see oysters and vegetables as the two main ingredients in a dish, but Koi Palace happens to pair oysters, bok choy, and broth together and it is excellently rendered (18 USD). The supreme broth was high quality--clear and light in taste--and the bok choy was pleasantly crisp. The gogi berries brought plenty of sweetness to the fat, briny oysters in which the fresh chili pepper soy sauce (available on request) is the perfect complement. 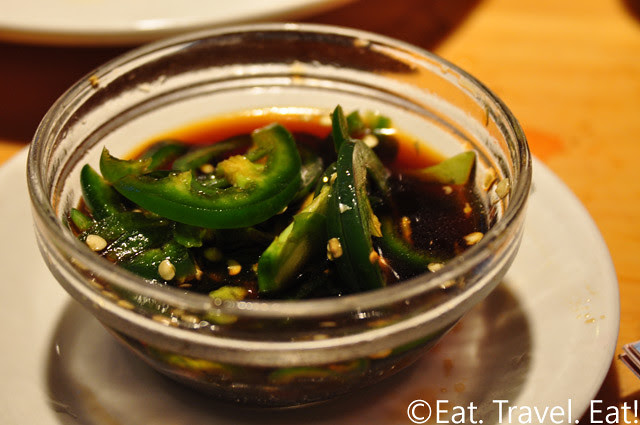 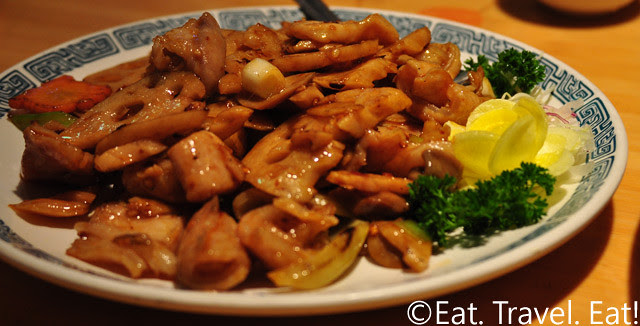 Our waiter suggested pork cheeks with lotus root (16 USD) as a specialty to order; the reason that it is a specialty is the sauce. Apparently the sauce is quite popular in San Francisco (popular enough to be bottled, anyway); in this application it provides some smoke and sweet/salty flavors to the firm, slightly chewy pork cheeks. The lotus roots crunch like cucumber, providing a nice textural contrast to the dish. 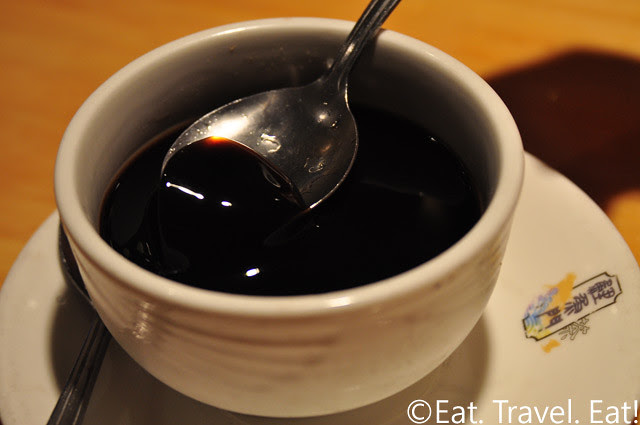 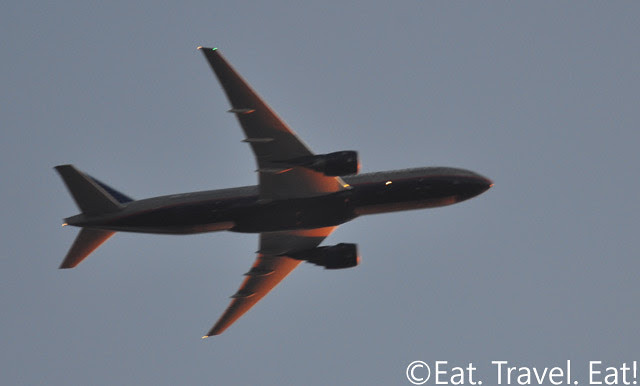 (spotted a United plane while in the parking lot)
Although the prices are slightly higher than usual at Koi Palace, the quality and taste of the food provides a good return on investment. Typically I am disappointed with higher-end Chinese restaurants, but this experience was remarkably different. It was a great meal to start our trip in the Bay area, and into San Francisco we went after the meal. Thanks Foodnut for the recommendation!

KirkK said…
Hey ETE - A while back I mentioned that I'd be going to Daly City for Dim Sum....the guy gave me a weird look and told me, "you're the first person I've ever spoken too who has ever mentioned Daly City as a destination."
September 12, 2011

EatTravelEat said…
Kirk,
Daly City is worth to visit thanks to Koi Palace! The whole Bay area though is quite interesting.

foodbin,
I think so too! It would balance the plain porridge nicely.
September 25, 2011