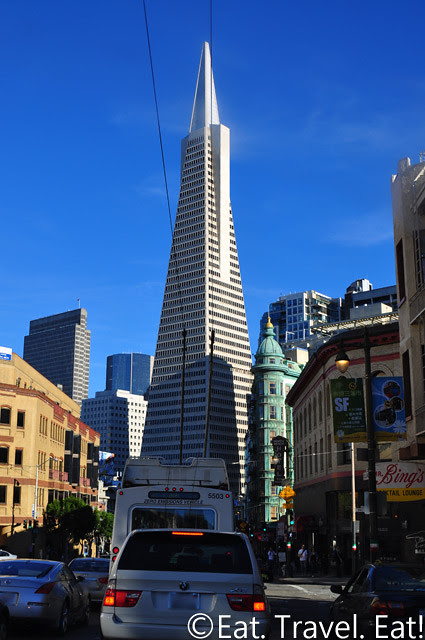 After having lunch at Bistro Boudin- Fisherman's Wharf and visiting the Golden Gate Bridge, our next stop was Chinatown. 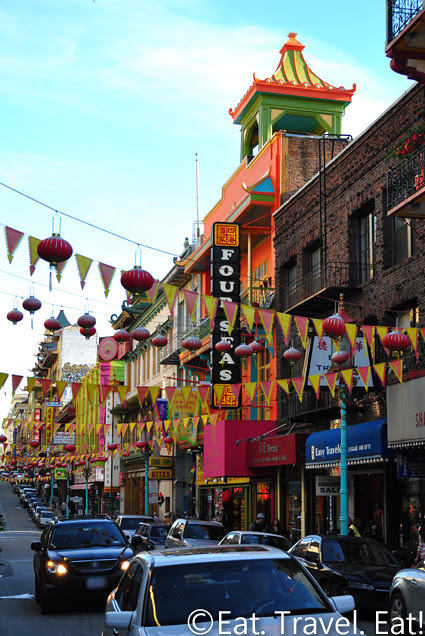 There, we were immersed in scenes full of color and culture. Even banks followed a theme of having Chinese style architecture. 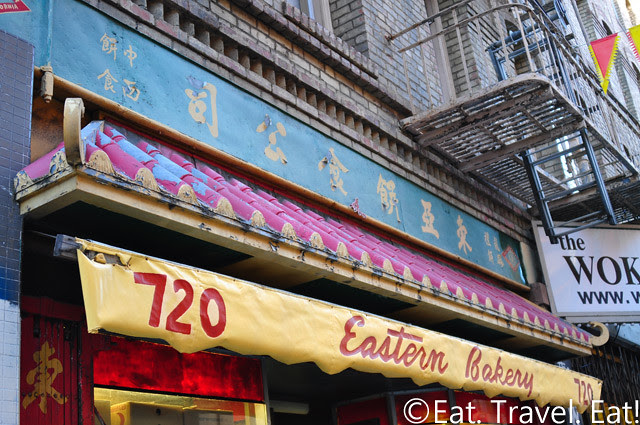 A window display of baked goods prompted me to stop at Eastern Bakery. It is located right next to the Wok Shop, but we were not able to visit the Wok Shop as it was already closed for the day. Eastern Bakery, however, was still open and inside, it seemed as if some organization was having a meeting there while enjoying various baked goods. 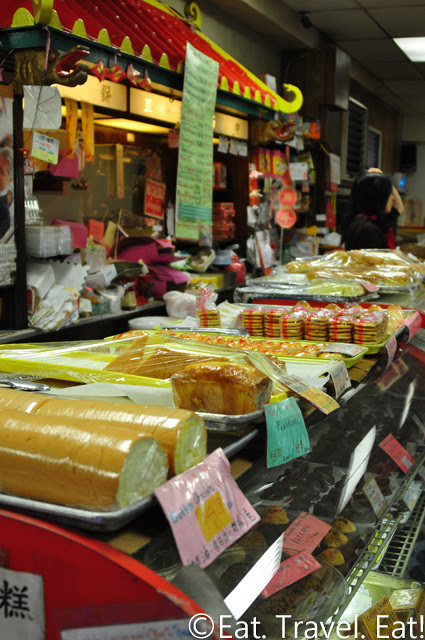 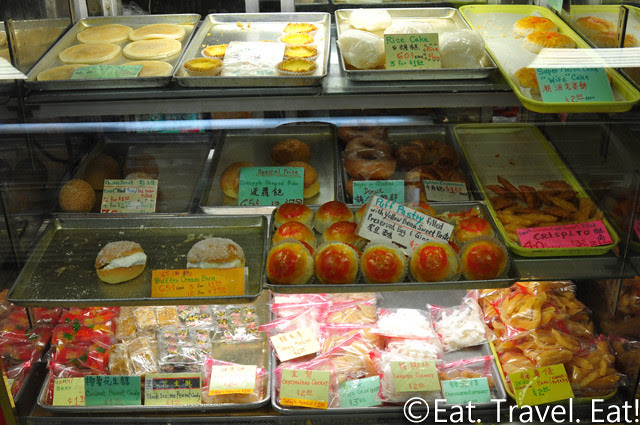 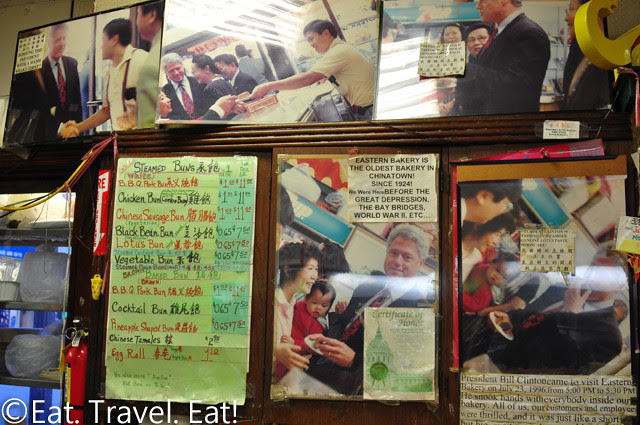 So many items were available, and at very reasonable prices. Eastern Bakery gets its fame from not only by being the "oldest bakery in Chinatown" (open since 1924) but also from a visit by former president Bill Clinton. His visit helped strengthen the Eastern Bakery's mooncake fame, and Eastern Bakery even offers mail order mooncakes in the United States. 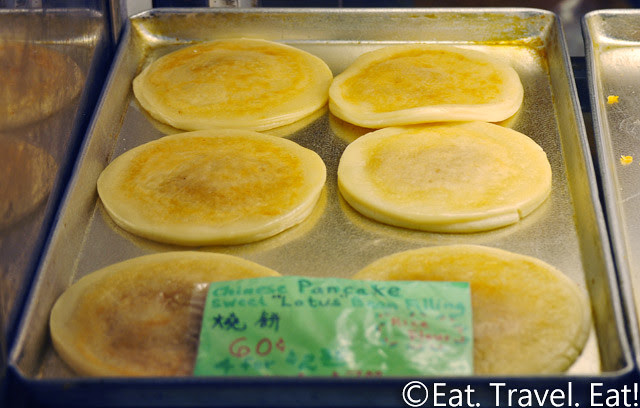 Not as interested in mooncakes, I sought for an item which would have mooncake elements but in a lighter package. The "Chinese Pancake" (0.60 USD) was the answer, essentially two thin pancakes of griddled mochi with lotus bean paste stuffed in between. 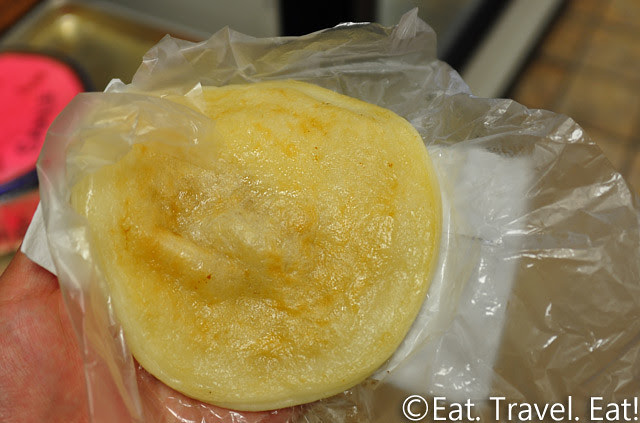 Since the lady working the counter knew I wanted to eat the pancake on site, she helped heat the pancake so that the mochi would be softer and chewy, the lotus bean paste smooth and warm. 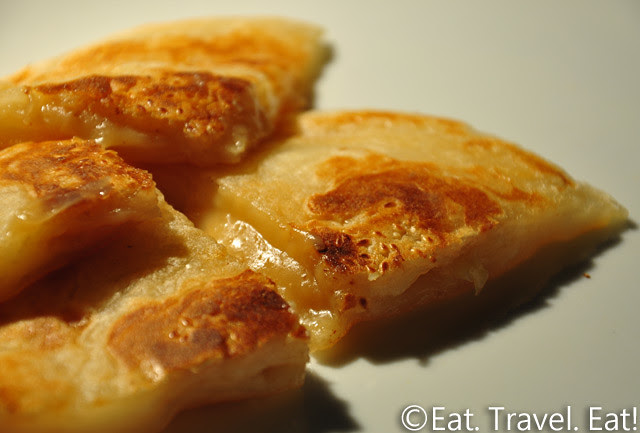 I think you can tell by the smooth, melty lotus bean paste that this pancake was fabulous. The chewy exterior was delightful, and the lotus paste special--creamy and sweet, yet not very greasy. It was so good in fact, that after eating dinner at the employee's suggested Chinatown restaurant, Far East Cafe, we went back to purchase more items and more pancakes to enjoy at home. 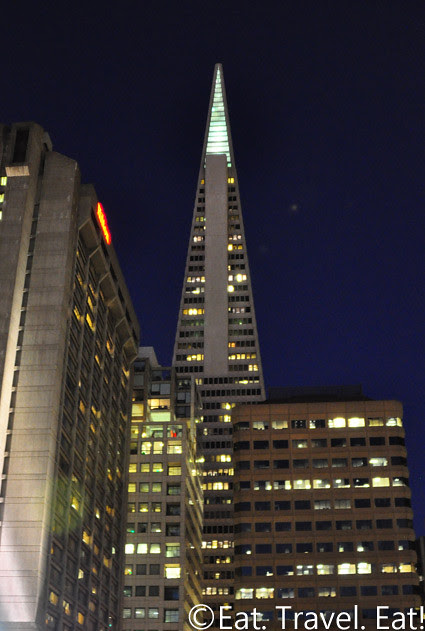 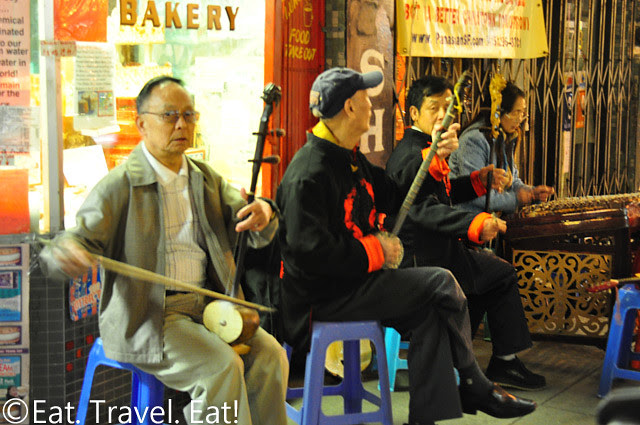 By the evening, a group of musicians from Pan Asian SF were performing live with various traditional Chinese musical instruments. I would have a video for you to enjoy here, but unfortunately the file has some errors. 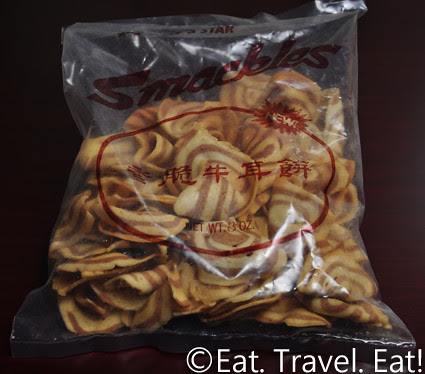 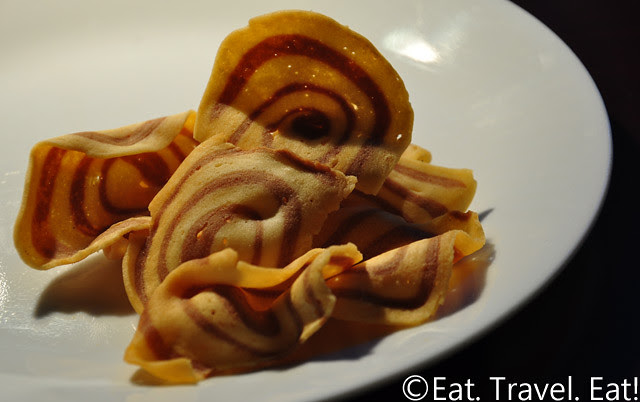 One of the items we purchased was a bag of cookies called "small pig" at Eastern Bakery or "pig ear" for literal translation. These are called "pig ears" as the cookies, when fried, curl up, and so parallel with the appearance of pig ears. Like other "pig ear" cookies, these are savory, with a texture difference between the brown colored and tan colored sections of the cookie. 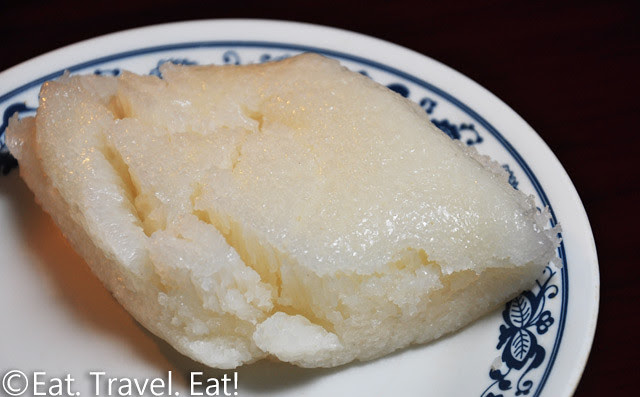 The other items we purchased at Eastern Bakery were steamed red bean sticky rice dumplings and a white sugar rice cake. These items were decent, if not spectacular.

Not only for culture's sake but also for the food, Eastern Bakery is a great point of interest if you happen to visit Chinatown. The bakery items are numerous and are quite reasonably priced. For me, I'll be back in the future to enjoy those "Chinese pancakes." They were one of the most memorable things about this trip.