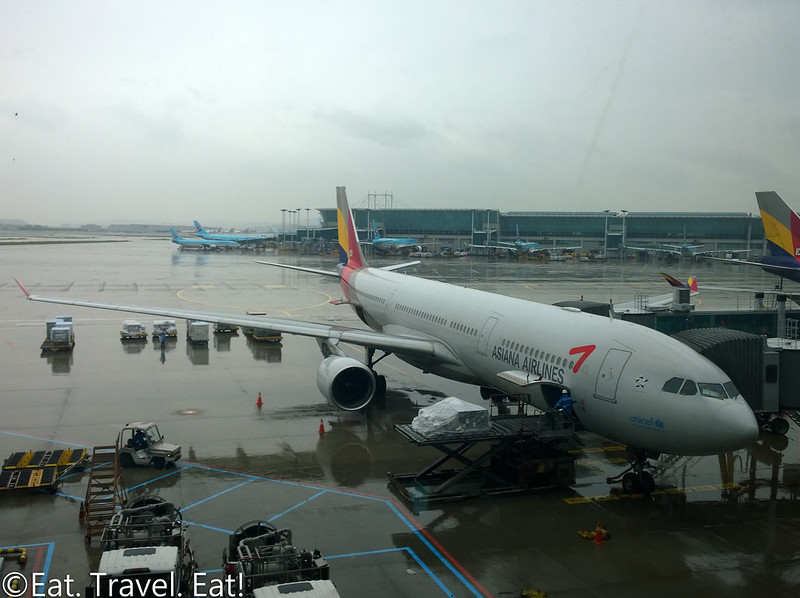 After an eventful seven hours at Incheon International Airport, it was time to go on-board my next flight to go to Beijing. 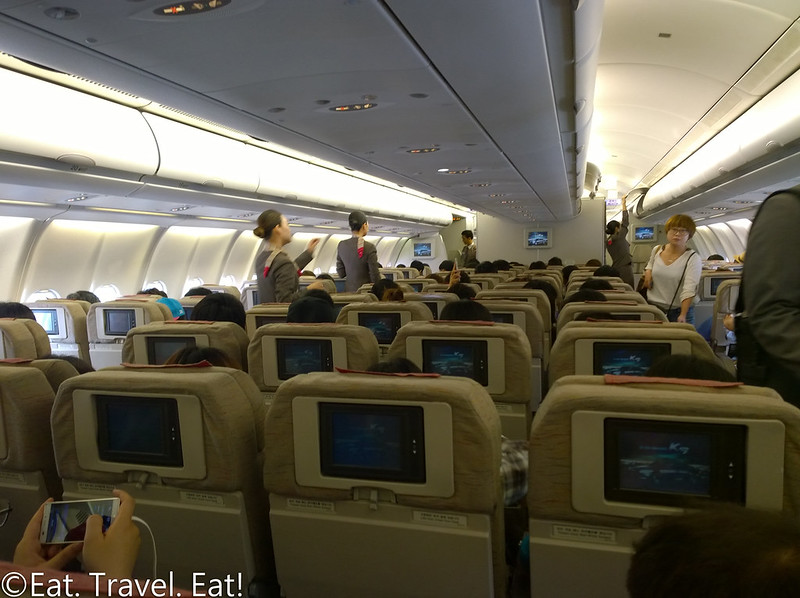 The cabin of this Asiana Airlines A330 actually happened to be slightly newer than that of the Boeing 777 I traveled on earlier. 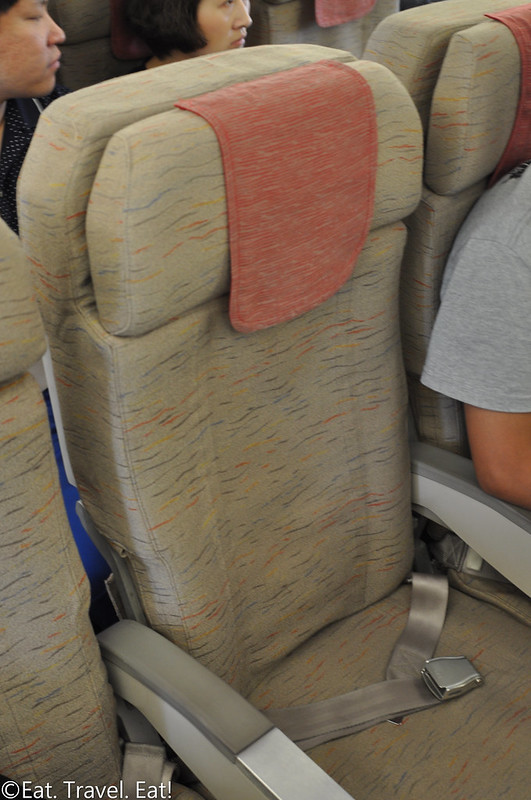 Seats in this case did have an adjustable headrest. Furthermore, there was an in-flight entertainment remote that guided the Audio Video on Demand system, which did have a good selection of movies, music, and games on offer. The entertainment screens may have looked the same, but you could do a lot more with this system. 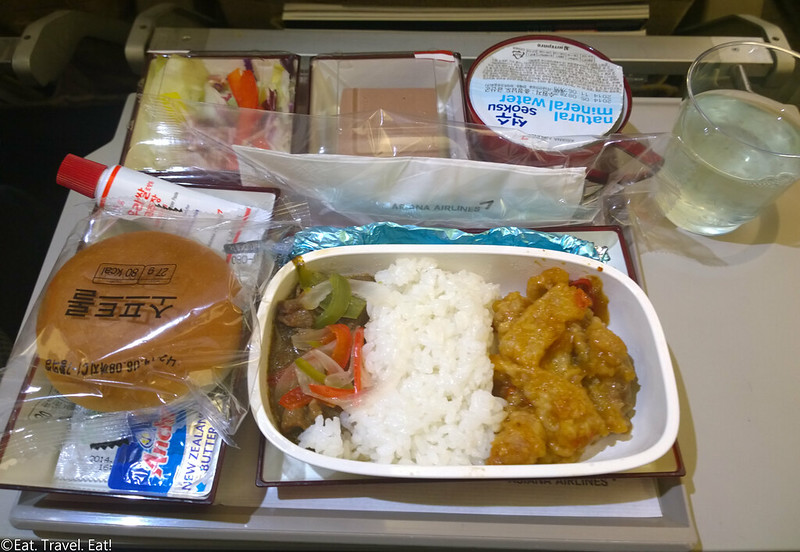 One option was available for lunch: a beef and pepper stir-fry with sweet and sour pork with rice. What was special was that an aloe drink was on offer as a beverage--this was nicely sweet, with a light grape flavor as well. All varieties of drinks--alcoholic, as well as juices, sodas, tea, and coffee--were available on offer. More Korean drinks, however, were available, given the departure airport being ICN. 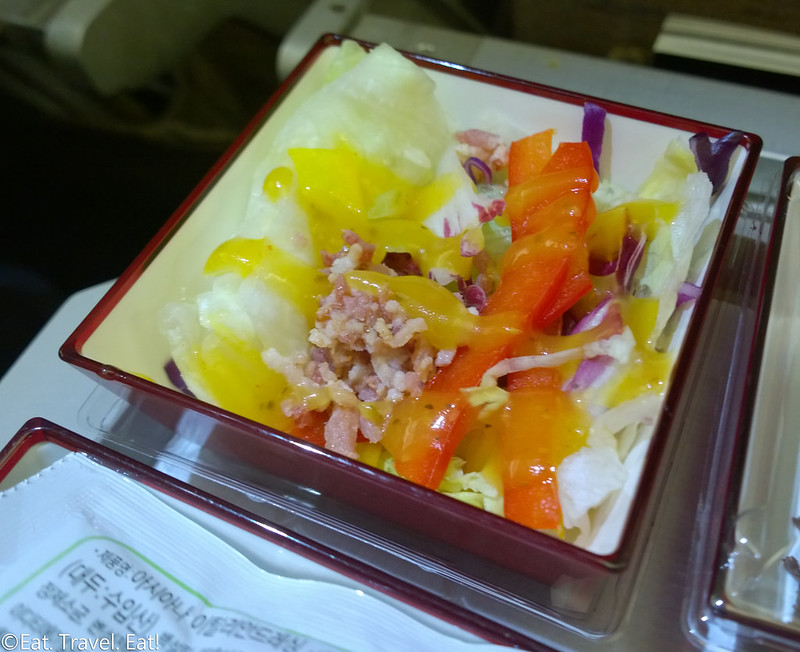 The salad was served with an extremely yellow colored dressing and bacon bits, but was decent. 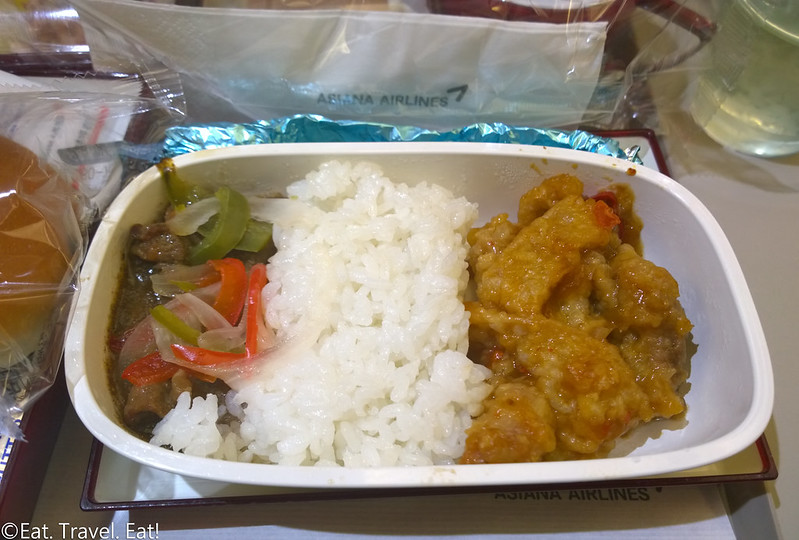 The entree's sweet and sour pork was not very flavorful, and the beef sauteed with pepper was quite meaty in flavor. Lots of passengers added some of the provided hot pepper paste to the dish-- interesting touch. 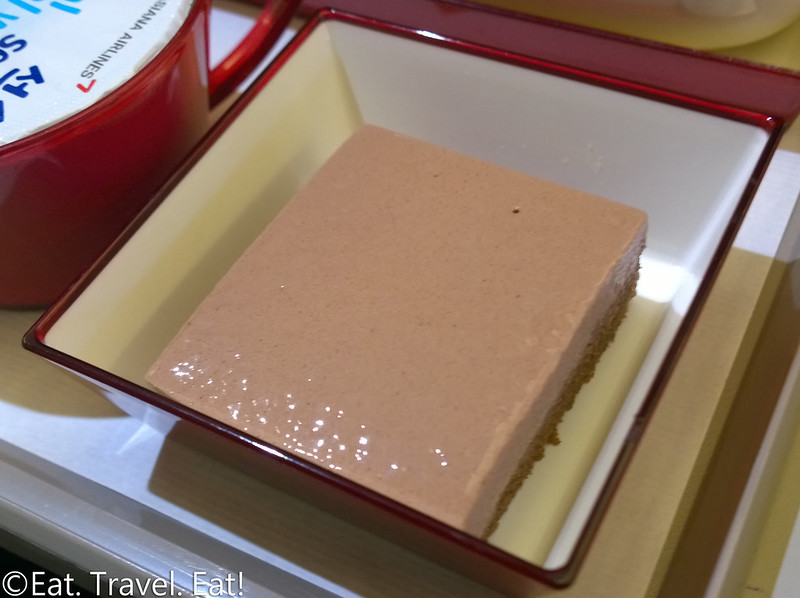 The chocolate mousse cake was slightly gelatinous but otherwise smooth, milky, and chocolatey-- a good way to end lunch. The bread was also quite tasty; though not heated, it was at room temperature, soft, and went well with the supplied New Zealand butter.

After the meal service, there wasn't much time until the plane had to prepare for landing. This is a short flight--about one hour and 30 minutes--so I partially watched a movie until landing. 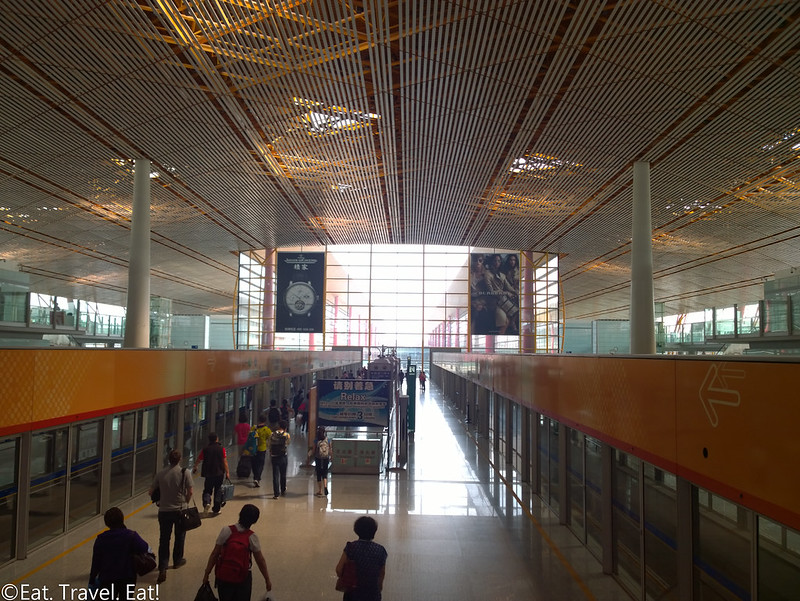 Upon landing at Beijing, our plane happened to get a far gate away from customs, and thus everyone had to walk quite a distance through people movers.

We also had to use a tram to get to the terminal 3 entry area, given our far away distance. However, as it was a busy time, the tram could not handle all the passengers coming in--people ended up squeezing into the tram until there was no space left between passengers. Yet, there were still lots of passengers waiting even after the tram was completely filled up! 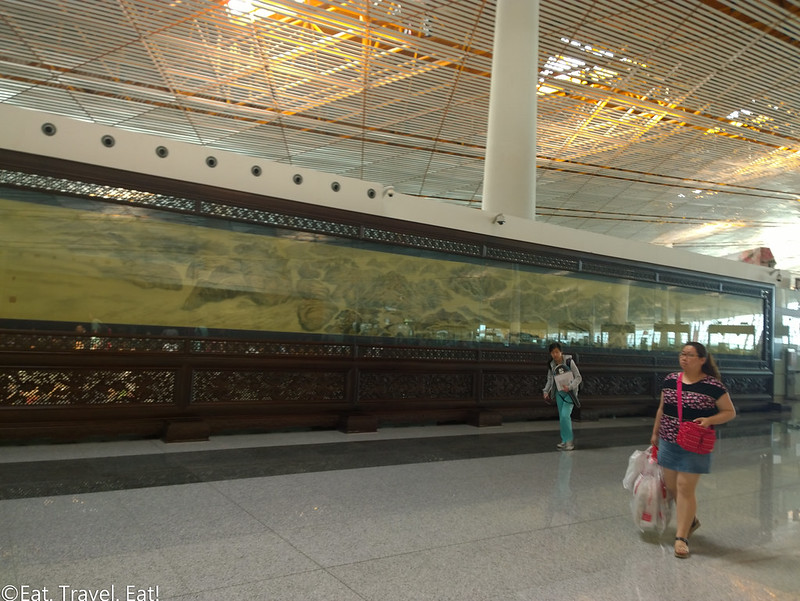 Overall, this short flight was good--comfortable seating, a decent, if not excellent meal, and plenty of entertainment options. Service was just as friendly and professional as my first flight on Asiana.